FM Rajapaksa has sought an urgent appointment with PM Modi

COLOMBO: Sri Lankan Finance Minister Basil Rajapaksa is planning to visit New Delhi at the earliest, to seek from Prime Minister Narendra Modi, urgent help to tide over the economic crises in the island, especially the part concerning foreign debt repayment. According to sources, a request has been made for an appointment with Modi. If the appointment is given, the Lankan Minister will make a day’s trip.

As stated by Foreign Minister G.L.Peiris, Basil Rajapaksa’s agenda is wide - to seek loans, investment and economic cooperation. Rescheduling debt repayment could be an unstated item, as Sri Lanka had already sought it earlier from India and China.

But experts wonder if a hurried one-day trip will help Sri Lanka, when the agenda is large, and lacking in focus. There is a manifest absence of detailed planning with the involvement of both sides. Further, it is not even clear if the Sri Lankans have worked out details to make the discussions useful.

During the virtual bilateral summit between Indian Prime Minister Modi and Sri Lankan Prime Minister Mahinda Rajapaksa in September 2020, the two leaders agreed to deepen cooperation in renewable energy with particular emphasis on solar projects under the US$ 100 million Line of Credit from India. Then on 16 June 2021, the agreement in this regard between the Government of Sri Lanka and the Export-Import Bank of India, was exchanged by the High Commissioner of India to Sri Lanka, Gopal Baglay, and the Secretary to the Treasury, Mr. S.R. Attygalle, in the presence of Sri Lankan President Gotabaya Rajapaksa. But Colombo is yet to chalk out plans to utilize the existing US$ 100 million Indian line of credit.

The other nagging question is whether, in the foreseeable future, Sri Lanka will be able to repay loans even if there is rescheduling.

Be that as it may, if an urgent meeting is being sought with Modi, it is because of the parlous state of the Lankan economy. According to the Central Bank of Sri Lanka, the total outstanding government debt is LKR 15 trillion and the Debt/GDP ratio is 101%. 60% of the total debt is domestic and 40% is foreign.

Meeting foreign-currency debt-servicing needs for 2022 will be government’s immediate concern, economic commentator Dinesh Weerakkody says. According to him, two big payments are due in 2022 – a US$ 500 million bond in January, followed by US$ 1 billion of debt maturing in July. It is estimated that a total of US$ 5 billion will be required to service debt obligations (principal plus interest) and other commitments in 2022.

In 2020, imports were reduced by approximately US$ 3.9 billion (a 20% reduction in comparison to 2019) resulting in a US$ 2 billion drop in the trade deficit. This gave the government temporary breathing room to manage foreign debt repayments in 2020, points out Umesh Moramudali, a Colombo University economist in his detailed paper in The Diplomat.

Moramudali warns that with the increase in oil prices in the global market and an expected post-COVID economic revival in Sri Lanka in 2022, fuel import bills will rise again, putting further pressure on foreign reserves. Referring to the government’s policy of barring imports to save foreign exchange, Moramudali argues that the strategy of managing foreign debt through curtailing imports is not a sustainable solution for a country like Sri Lanka, in which more than half of imports are intermediary and capital goods.

“The continuous restriction of imports will curtail economic growth. which is not something that Sri Lanka can afford right now,” he avers.

Sri Lanka has resorted to issuing International Sovereign Bonds (ISB) and roll over of foreign loans. Successive have been swearing by ISBs. This is because, unlike the IMF and concessionary loans, the ISBs carry few or no conditions. But the terms are not favorable for poor countries with low foreign exchange reserves.

In a stinging comment on the penchant for ISBs, Moramudali says: “ISBs are commercial borrowings, have a short payback period, high interest rates, and no grace period. ISBs have a payback period of 5-10 years with an annual interest rate above 6% to be paid biannually. On top of that, there are principal payments – in other words the total borrowed amount of an ISB is settled at the bond maturity date, all at once, rather than being distributed over the years through annual repayments. Therefore, when an ISB matures, foreign debt repayment requirements skyrocket, resulting in a large foreign currency outflow. This leads to significant BOP vulnerabilities. Consequently, even if the foreign debt-to-GDP ratio is less than what it was two decades ago, Sri Lanka’s vulnerabilities are a lot more severe and alarming, because the debt dynamics of the country have completely shifted to a new paradigm.”

Sri Lanka is adamantly opposed to seeking IMF assistance because the IMF will impose conditions related to economic management which its populist governments have tended to sneer at. But what Colombo does not realize is that Sri Lanka might not be able to maintain a sufficient level of foreign currency reserves and meet foreign debt repayment obligations in the absence of IMF assistance, Moramudali points out.

“With Sri Lanka’s low sovereign credit ratings and the ongoing pandemic, issuing ISBs does not seem like an easy option for the Sri Lankan government (indeed, it looks almost impossible in the near term),” he observes.

Due to the fear of COVID and lockdowns, there has been a great contraction of trade, low tax revenue, and lack of Foreign Direct Investment (FDI) in Sri Lanka. Trade contracted relative to GDP, falling from roughly 33% in 2000 to roughly 13% in 2019. Tourism has completely collapsed because, unlike the Maldives, Sri Lanka has been too scared of opening its borders to foreigners. About 4 million of a total of 21 million Sri Lankans depend on tourism directly or indirectly. These were at the end of their tether in 2021.

Failure to provide comprehensive and consistent, long-term solutions to address structural weaknesses in the Sri Lankan economy has resulted in Sri Lanka’s running into serious Balance of Payment (BOP) crises every other year. Sri Lanka has been relying heavily on foreign loans for development purposes over the last four decades and has now gone in for swaps with a number of countries.

Sri Lanka had sought assistance from China and India to resolve the foreign exchange crisis. In March 2021 Sri Lanka got a US$ 1.5 billion three-year swap facility from China. In August 2021 it got US$ 400 million swap with the Reserve Bank of India. Sri Lanka had signed the swap deal available to SAARC countries in 2020 and repaid it in February 2021 after rolling it over once. It entered into a SWAP deal for US$ 250 million with Bangladesh too.

But there is a silver lining in this dark cloud. It is that Sri Lanka did not default on loan repayments even in 2020 when conditions were excruciatingly bad. It repaid the US$1 billion bond by its deadline. A further US$ 400-500 million in other commitments were met. It kept intact its reputation for honoring sovereign debts. 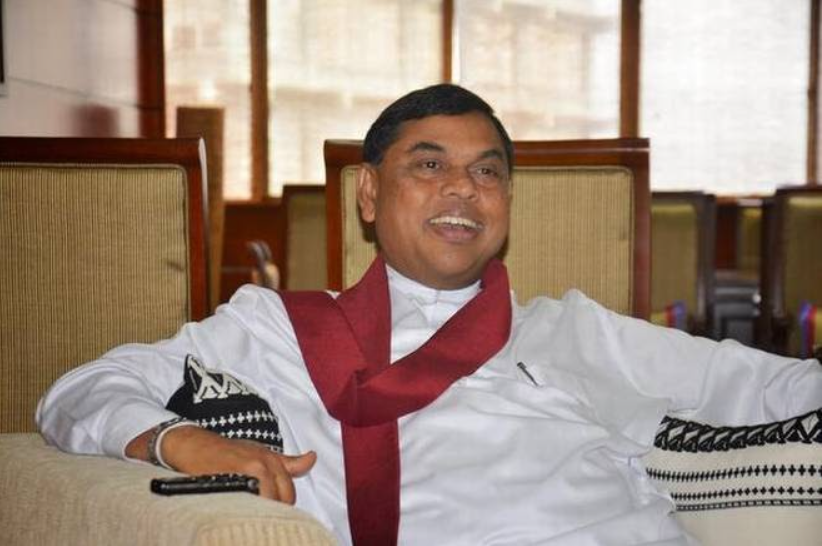