Libya - Is a Democratic Polity Within Reach?

Anticipation that Libya would, within a couple of months, have a polity established through democratic elections, was rudely punctured.

In the beginning of December 2021, the High State Council (HSC), an advisory body installed through a 2015 peace agreement but not recognised by all political entities, issued a statement that the scheduled first round of the Presidential elections on December 24, should be delayed till February 2022 after resolving differences over rules and the legal basis of the elections. The statement also said that the presidential and parliamentary elections should both take place on the same day, as was originally demanded by the U.N. roadmap.

The fighting in Libya between General Khalifa’s east Libya based Libyan National Army and the recognized government ended in 2020 following Haftar’s failure to take Tripoli which had been bolstered by Turkish troops and Syrian mercenaries.

A ceasefire deal was negotiated in October 2020 under the tutelage of American diplomat Stephanie Williams who had recently been appointed the UN Representative following the resignation of Jan Kubis. The agreement led to an agreement on a transitional government in early February 2021.

A roadmap was drawn up to hold the Presidential elections in December 2021. But the House of Representatives Speaker Aguila Saleh Laws issued laws in September-October 2020 for the conduct of the elections. His critics accused him of issuing the laws without a quorum or a proper vote in parliament and after intimidation against some members.

The net result was uncertainty about what would prevail-the UN defined roadmap or the laws issued by Aguila. This confusion was cited as a reason necessitating a postponement of the first round of the Presidential election. International powers and the U.N. had maintained their stance that polls must go ahead but had now stopped referring to the planned Dec. 24 date in public statements.

There was clear evidence that the Libyan people wanted democratic elections to take place quickly. Media reports said that thousands had registered to be parliamentary candidates.

The President of Libya is elected through a two-round system for a five-year term. The 2021 Libyan presidential election had been scheduled to be held with the first round on December 24 2021, and the second round on 24 January 2022.

Registration of candidates for the Presidential elections Registration for presidential candidates opened on November 7 2021 and lasted until November 22 2021. A total of 98 individuals, including two women, had sought to contest the elections. Among the notable names were the late Muammar Gaddafi’s son Seif al-Islam Gaddafi, Khalifa Haftar, commander of the Libyan National Army, Aref Nayed, Chairman of the Ihya Libya Party, influential former interior minister Fathi Bashaghaf and caretaker Prime Minister Abdul Hamid Dbeibeh.

Libya’s current election laws bar Dbeibah from being a candidate given his current position from which he had not suspended himself at least three months before the polling date as per the election law.

A preliminary list of 73 presidential candidates was released by the High National Election Commission on 24 November. Twenty-five candidates were disqualified from the election, including Seif al-Islam Gaddafi, Nouri Abusahmain, Bashir Saleh Bashir, and Ali Zeidan. With December 24 fast approaching the High National Election Commission said it would not release the final list until all legal issues had been settled. In a country dominated by numerous armed factions, accusations were being freely hurled about the intimidation and bribing of judicial and administrative officials to sway the final list of candidates.

The role of the factions became apparent when armed men surrounded the court in the southern province of Sabha which was hearing Seif ul Islam’s plea against his disqualification. After the over throw of Late Muammar Gaddafi In 2015, the Libyan Dawn militia, the military arm of the Muslim Brotherhood’s parliament, had put Seif on trial, sentenced him to death, and ordered the Zintan fighters to transfer him to Tripoli for execution. They had not and instead released him after only two years. Seif had also been wanted by the International Criminal Court on charges of crimes against humanity related to the uprising against his father.

Among this select group were Seif ul Islam with his tarnished past; General Khalifa Haftar, a one -time reported CIA asset and a favourite of Egypt and the UAE, whose reported dual nationality-though denied by him- could disqualify him; influential former interior minister Fathi Bashaghaf and the person who could perhaps be a possible consensus candidate - Parliamentary Speaker Aguila Saleh. Saleh was well known because of his present position and was also seen as neutral as it was possible to be in Libya. All these known candidates promised progress and peace and prosperity though some of their individual pasts prompted scepticism about such promises.

But what would be the reality after the elections? Very strict international monitoring is called for if the elections were to be at all credible. But would they resolve the decades long tensions between the east and west allowing a once prosperous nation to rebuild its economy?

Was a stable polity even possible with the continuing presence of thousands of foreign fighters and troops who, as per the October 2020 cease-fire agreement, should have left within three months ? Would those contesting the Presidential elections forego their ambitions if they lost to a rival? Or would Libya, with each of the strong men commanding armies, regress to civil war again?

The answers to these questions would lie in the election results-if indeed the UN and the supporters of Haftar and the current government can ensure that the elections are actually held. 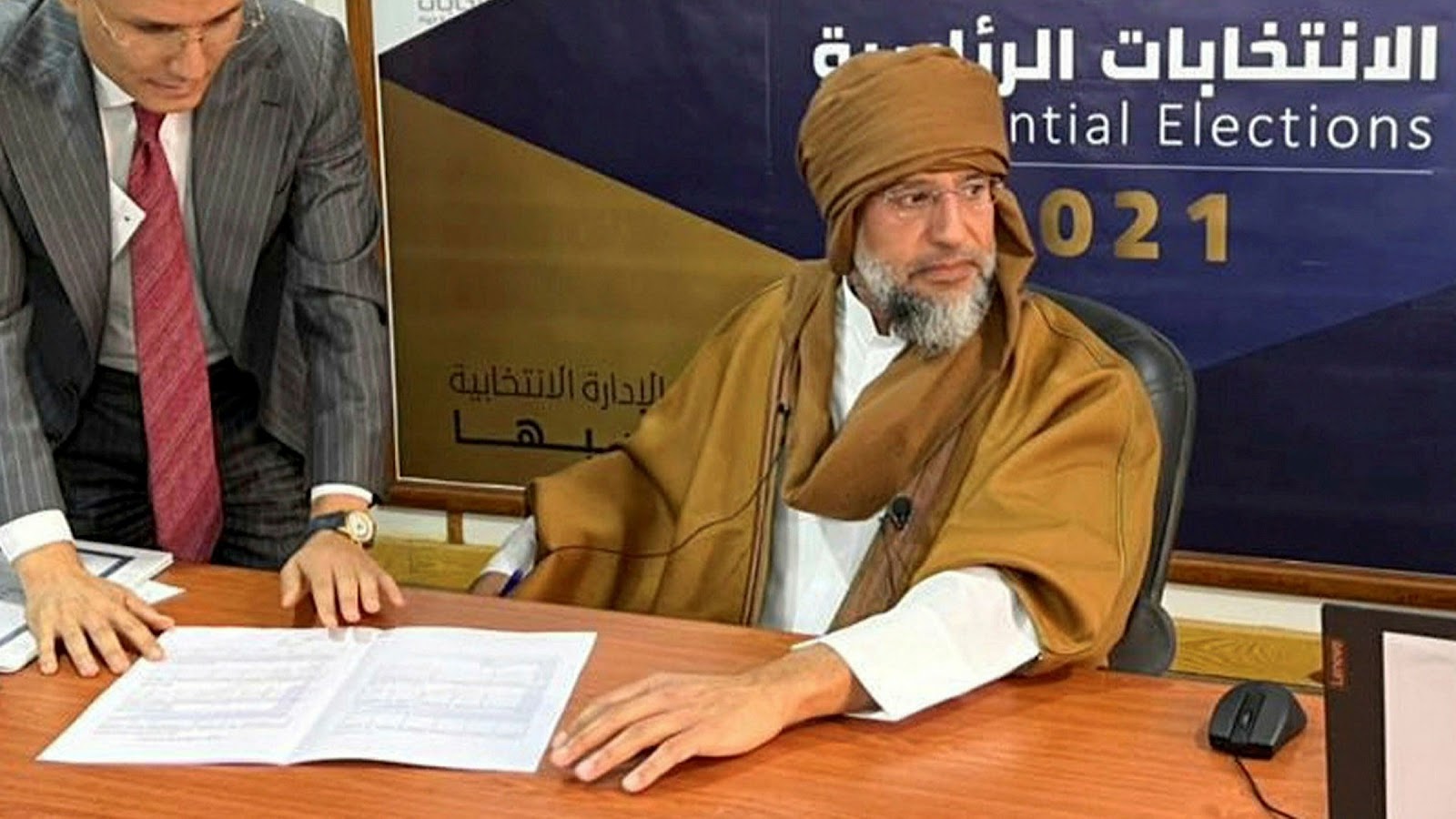