Will the Charlie Hebdo Attack Bolster The Far Right In Europe?

The rise of the far-right

NEW DELHI: Following the attack on satire magazine Charlie Hebdo’s offices in Paris last week, there has been an increase in anti-Muslim violence across Europe, raising fears that the far-right -- recently seeing a resurgence -- will make further gains.

In the 48 hours after last week’s attacks on the magazine -- that killed 17 people, 16 places of worship around France were attacked by firebombs, gunshots or pig heads.

“The terrorists’ religion is not Islam, which they are betraying,” Foreign Minister Laurent Fabius said last week, adding “It’s barbarity.” 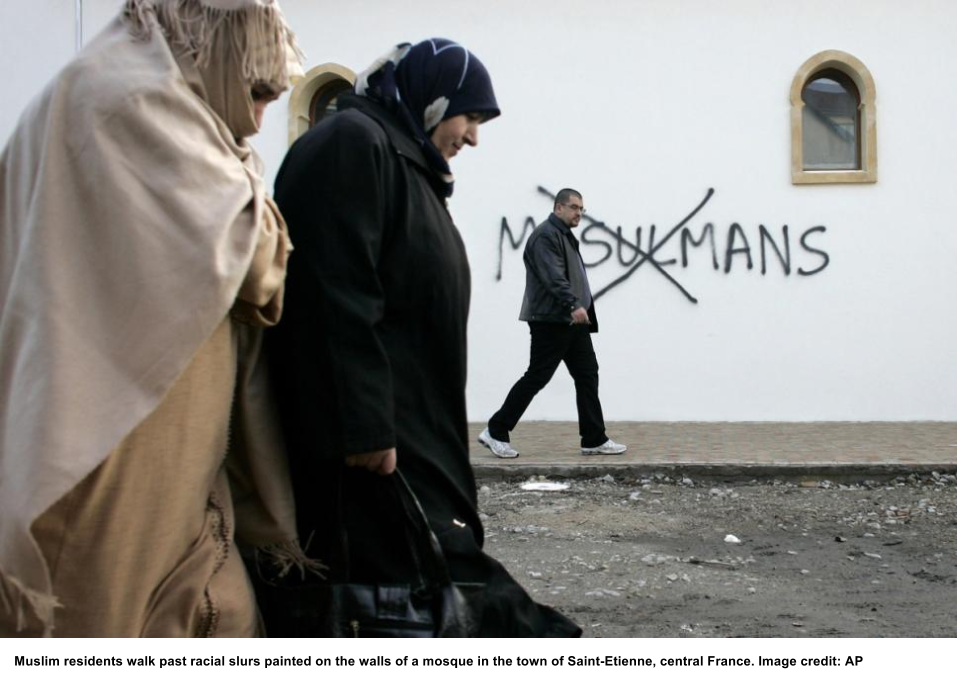 The mother of Amedy Coulibaly -- Coulibaly had simultaneously taken over a dozen people hostage at a Paris kosher grocery store, killing four -- appealed to the French people to not let the dastardly acts draw a division. In a statement, the family hoped, “that there will be no amalgam between these odious acts and the Muslim religion.”

Despite these statements appealing for unity, the attacks will only serve to bolster the far right -- which is making gains by appealing to notions of anti-immigration and anti-Islam in France and elsewhere in Europe. Immediately after the attack, National Front leader Marine Le Pen blamed Islam, calling it an “odious ideology.”

In neighbouring Germany, the growing anti-Islamic movement protest movement registered its largest attendance yet. 25,000 supporters came out in the streets in what has been described as a tribute to the victims of the terror attacks in Paris.

Pegida, which stands for "Patriotic Europeans against Islamisation of the West" asked its supporters to come out on the streets of Dresden in a show of solidarity for the 17 people killed in Paris. Pegida, which started out in mid-October last year, has been drawing increasing number of people, with this week’s record-high 25,000 strong turnout a massive jump from last week’s 17,000 -- the previous high.

This week’s anti-Islamic protest was met with counter protests, with at least 8000 people coming out to declare that Pegida were misusing the events in France to further a divisive agenda. 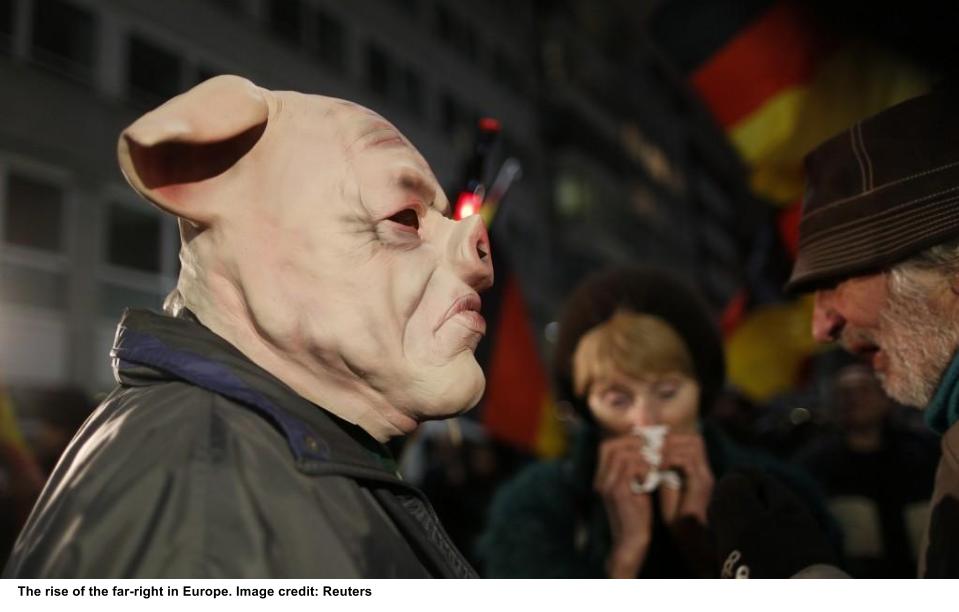 German Chancellor Angela Merkel attended a protest organised by Muslim groups in Berlin on Tuesday. "Islam is part of Germany," Merkel told reporters, "I am the chancellor of all Germans” (as quoted by the Global Post).

Although counter protests are also seeing a rise -- the biggest yet was in the city of Munich, drawing 12,000 people under the banner “Make space – Refugees are welcome” -- many fear that last week’s events in Paris may crystallize the anti-Islamic movement in Germany and across Europe, leading to further polarisation.

"The Islamists, who Pegida have been warning about for 12 weeks, showed France that they are not capable of democracy but rather look to violence and death as an answer," Pegida's leaders said on the group’s social networking site. "Our politicians want us to believe the opposite. Must such a tragedy happen here in Germany first?"

In addition to Pegida, another such party is the far-right National Democratic Party (NPD), Germany’s largest neo-Nazi organization that has five lawmakers in the parliament of the eastern state of Mecklenburg-Vorpommern.

Following the Paris attacks, an attack on a Hamburg newspaper office that republished cartoons of the Prophet Muhammad which had originally been printed by Charlie Hebdo in 2006, further contributed to rising tensions.

As tensions increase, so does the violence. Clashes first broke out between far-right protesters and fundamentalist Muslims known as Salafists in Cologne in October. Other incidents of clashes between anti-Islam protesters and police have been reported since.

The situation even prompted Chancellor Merkel to criticize the anti-Muslim rhetoric. "Of course there's freedom to demonstrate in Germany… But it's no place for agitation and mud-slinging against people who come to us from other countries,” the German chancellor said.

Other political figures have condemned the anti-Islamic protests as well. Justice Minister Heiko Maas told the Süddeutsche Zeitung that the country was living through “a new level of escalation in agitation against migrants and refugees” adding that Pegida was “a shame for Germany.”

Similarly, in the UK, the rise of Nigel Farage’s U.K. Independence Party -- which in the May EU elections bested both the Conservative and the Labour Party, winning 28 percent of the vote (a major jump 16.5 percent in 2009) -- is reflective of the trend centred on anti-immigration and Islamophobia. 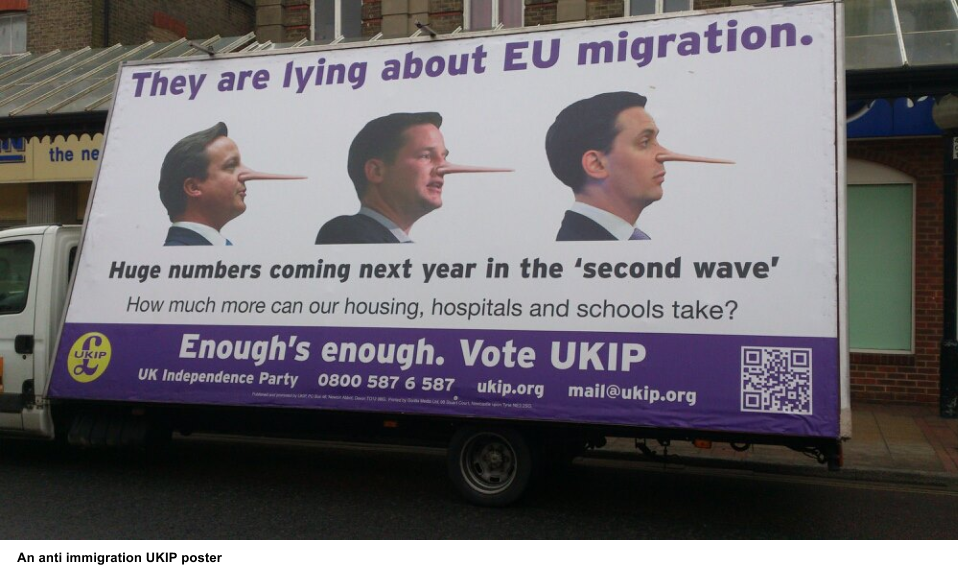 The situation is the same elsewhere -- the right is growing. In the Netherlands, the Paris attacks seem to have bolstered for populist leader Geert Wilder’s Freedom Party, with support for the anti-Islamic party jumping to its highest level in more than a year. If elections were held now, the Freedom Party would be the single largest in the Netherlands, with 31 seats in the 150-member parliament, more than twice as many as it won in the last elections, according to a Sunday poll.

In Greece, the neo-Nazi Golden Dawn Party entered Parliament in 2012 and seems to be gaining strength. In Sweden, the anti-immigration Sweden Democratic Party jumped to 13 percent of the vote in 2014.

Further, these parties seem to be finding a united ground as they have begun to cooperate in the European Parliament.

The dismal state of the European economy, of course, doesn’t help. Caught in recession it has parallels with the 1930s -- when economic misery helped radicalise middle and working classes. The conditions are the right setting for a breeding ground culminating in leaders who allege that the real culprit are Islamic immigrants -- who are lapping up all the available jobs (a picture bearing little resemblance to the socio-economic reality).

If Europe is to counter this wave of Islamophobia that is clearly on the rise, lawmakers will have to find a way to connect with the ordinary citizens -- many of whom have turned to right-wing parties and protests not because of ideology but because of a feeling of lack of political accountability and economic dissatisfaction.