The Bangladesh Foreign Minister A.K. Abdul Momen said on Wednesday that the government will “pursue every possible legal avenue” to bring back former Ambassador to Malaysia, M Khairuzzaman, who is an accused in the case relating to the killing of four top leaders of the Awami League in the Dhaka Central Jail on November 3, 1975.

Khairuzzaman was a Major in the army in 1975 and was accused of involvement in the killings carried out by a group of army men headed by Majors and Lt.Colonels. Those shot dead in the jail were two former Prime Ministers, Tajuddin Ahmad and M Mansur Ali, and Ministers Syed Nazrul Islam and AHM Qamruzzaman.

They were all close associates of the founder of Bangladesh, Sheikh Mujibur Rahman, who had been assassinated, along with 14 members of his family, on August 15, 1975. That massacre was also carried out by junior army officers.

The judicial process in these cases continuously suffered setbacks due to the hostility of non-Awami League governments and the military. Though justice began to be done from 1996 onwards after Sheikh Hasina of the Awami League came to power, many of the accused had successfully evaded the law by fleeing the country. An Indemnity Ordinance and Law passed by sympathetic regimes helped the accused flee the country and also to get top government jobs.

Given the backing they had, the assassins had publicly boasted about their deed. President Zia-ur-Rahman, who had also tacitly backed the killings, put the Indemnity Ordinance earlier passed by President Khondeker Mushtaque Ahmad, into the statute book.

The next military dictator Gen H.M. Ershad sat over the cases. Even the elected government of Begum Khaleda Zia, which came into existence in 1991, did nothing because Khaleda’s husband, former President Gen.Zia-ur-Rahman, had supported the assassins.

In 2004, the Dhaka Metropolitan Sessions Court held 15 of the 20 accused ex-army officers guilty and released the other five. Among those convicted, 3 fugitives were given the death sentence and other 12 got life sentences. Three were discharged.

The High Court, to which the case moved, gave its verdict in 2008. It maintained the death sentence on Sgt. Moslemuddin but released the other two. Lt. Col. Syed Faruqe Rahman, Lt. Col. Shahriar Rashid Khan, Maj. Bazlul Huda and Lt. Col.AKM Mohiuddin Ahmed were also released. Maj.Khairuzzaman was left off the hook.

Though released from the jail Killing case, Lt. Col. Syed Faruqe Rahman, Lt. Col. Shahriar Rashid Khan, Maj. Bazlul Huda and Lt. Col. AKM Mohiuddin Ahmed were given the death sentence in the case relating to the assassination of Sheikh Mujibur Rahman. They were executed on 27th January 2010.

After the Awami League came to power in 1996, Maj. Khairuzzaman, who had been let off by the 2004 judgement, was recalled from his post as acting Ambassador to the Philippines to stand trial in the jail killings case. He was arrested the same year, but was released on bail in 2001, when the Bangladesh Nationalist Party-Jamaat alliance came to power.

In 2003, the BNP-Jamaat regime reappointed him to the Foreign Ministry as Director General. He later served as an ambassador from 2001 to 2009. After the Awami League assumed office in 2009, he was recalled from Malaysia to stand trial. Khairuzzaman, however, remained in Malaysia, securing refugee status from the UNHCR.

However, sources in Dhaka said that Prime Minister Sheikh Hasina would do everything possible to get Khairuzzaman deported to Bangladesh to face trial in a re-opened jail killings case.

“The massacres of 1975, especially that of her father and family has deeply hurt Sheikh Hasina, and she will not rest until the killers and the accomplices are brought to book,” a senior journalist said.

The Awami League and supporters of Bangabandhu Sheikh MujiburRahman do not consider the court verdicts as having been entirely just because the political climate at that time was hostile to Mujib and the Awami League.

Khairuzzaman’s case is that he had been released from the jail killings case by a Bangladeshi court in 2004 and that subsequently, he had obtained UNHCR registration as a refugee in Malaysia. 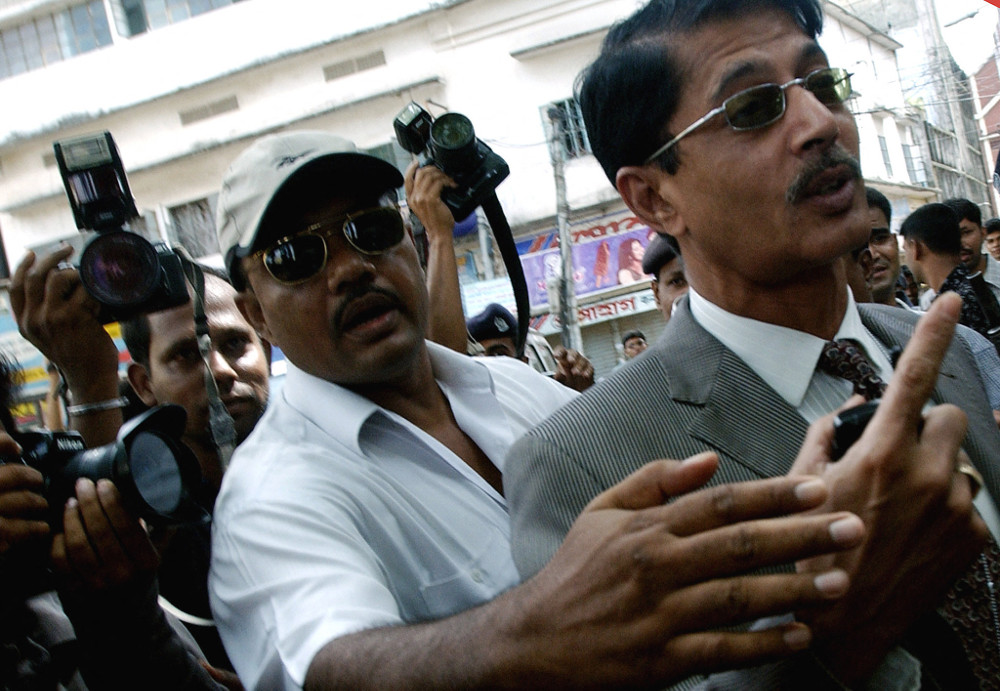