Sitting in their Room Listening to the Sound of Bombs

Students from Durgapur stuck in Ukraine

“No food, no water, even out of warm winter clothes” these were the words Rumki and Jhumki spoke on February 21, the last their parents heard from them.

Durgapur residents Rumki Ganguly and Jhumki Ganguly, twin sisters currently studying at the Kharkiv National Medical College in Ukraine, are stuck and underground for now in Kyiv during this war together with some other student scholars from India.

“Since childhood my daughters had only the dream in their eyes to become doctors. Each year at the mela they would buy the local plastic doctor sets and role play as doctors and patients. It was eye pleasing at the time as my daughters are carrying such great ambitions,” says the twins’ mother.

Sunanda Halder is a health worker and her husband Dhiren Ganguly works in an oil and gas company. Amidst all the difficulties and obstacles starting from Finance and distance and family issues, the parents always supported their daughters to become successful in what they dreamed.

Passing their 12th board exams with flying colours the twin sisters finally gained admission to the Kharkiv National Medical University after several attempts and a year ago migrated to Ukraine to fulfil their dreams. Today that dream has turned gray with the sound of heavy boots.

The university basement is now a safe haven for them with other helpless students and the sounds of soldiers, missile explosions and bomb blasts reminiscent of a new battlefield.

The underground students are now battling the worst situation as they are left with no food to eat or water to drink. Russian troops have attacked Ukraine’s airports and military bases limiting the chance of rescue. The students are out of money for the ATM cashouts. Their parents have been calling the Indian embassy which took all their contacts but has sent no information or response so far.

“We last spoke to our daughters on Friday [21]. We have no idea what are they going through. We have nothing to do except sit here quietly and wait for our government to take any step,” says Dhiren Ganguly.

Their mother Sunanda is worried watching news of the war. This morning she is cleaning the Kali temple of the house and praying to the goddess. Weeping she says, “My only prayer now is for the twins to return home in good health. My girls have been in Ukraine for more than a year. Never have I been this anxious to see them.”

The parents cannot think of any way out.

Even their neighbours are worried.

According to a neighbour Asmanur Zaman, “The little girls are from a remote area in Durgapur, studying medicine in Ukraine. It is a matter of our pride. Moreover, Rumki and Jhumki have been really good in studies. So now that the war is going on in Ukraine, we locals are all worried. We want them to come home healthy very soon.”

As people weave a web of arguments for war, at least four more students from Durgapur are stuck in Ukraine: Zeenat Alam of Benachiti, Neha Khan of Tagore Avenue in Ispat Nagar, Rahul Prasad Roy of A Zone and Shubhjit Sinha of Benachiti.

In a video call Khan, a third-year student at the Frankivisk National Medical College in Ivano, says “We are very worried. So far, the Indian government has not taken any initiative to bring us back.”

According to Neha, food has been collected to last a few days, but it is not clear what will happen after that. The battle is raging six kilometres from where the students are. Because of the bombardment, water services in the city are closed. The administration has also said that the power service will be cut off. The airport is closed.

Neha says they have been sitting in their room listening to the sound of bombs.

Her father Firoz Khan says “We are very worried. Everyone in the house is living in a kind of extreme anxiety.” 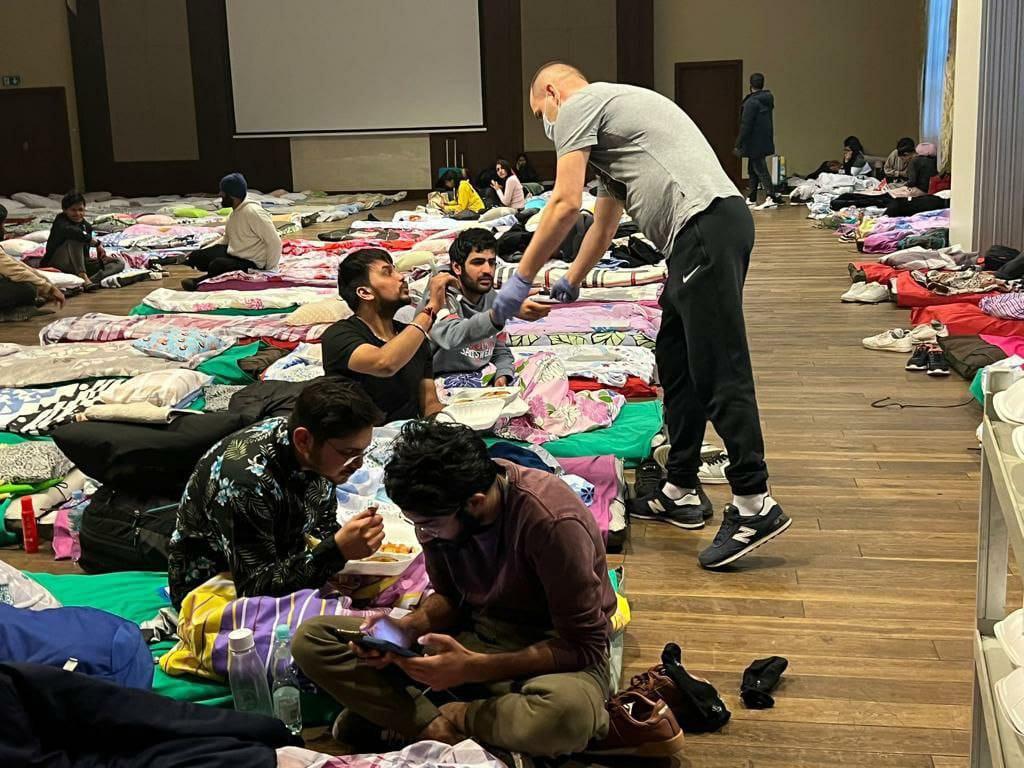