Sanctions on Russia Will Impact the World

The retrogressive effects of sanctions

In an unprecedented step, the US and its allies imposed wide-ranging sanctions against Russia, cutting off economic and trade links; seizing Russian assets, and blocking Russians from global payment systems like SWIFT, PayPal, Visa, and Mastercard. Sanctions have made Russia’s Central Bank struggle to support the ruble.

Previously, sanctions had been applied to Third World countries such as Iran, Iraq, Venezuela, North Korea, and the Taliban-administered Afghanistan. These punitive measures did not matter much to the rest of the world because these countries were marginal to the world economy. But the same cannot be said of Russia.

It is a former super power that is still a force to reckon with both militarily and economically (at least in the field of commodities). Comprehensive sanctions on such a country could cause distress across the globe, in the medium and long term if not immediately.

Hence, there is an urgent need to re-assess the value of, and dangers in, the application of sanctions to bring an opponent to his knees. Sanctions had emerged as an important instrument of “war by other means” since the early 20 th.Century. And like the military, sanctions have their uses and limitations, as the historian of sanctions, Nicholas Mulder, argues.

In the case of sanctions against Russia, the aim of the sanctioning countries is unusually ambitious: It is not just to force Russia to withdraw from Ukraine, but to create conditions for the Russians themselves to overthrow President Vladimir Putin. And the long term goal appears to be to stop Russia from being a global challenger to the hegemony of the US and its allies.

The sanctions regime is also much tougher in this case because the Western private sector has joined the assault with gusto.

The question is whether such a humongous weaponization of the US-led economic and financial system will deliver the goods. Annie Lowrey of “The Atlantic” put this question to Nicholas Mulder, Cornell University historian and author of “The Economic Weapon: The Rise of Sanctions as a Tool of Modern War”.

According to Mulder, in the 20th century, sanctions had been either wholly or partially successful only in one third of the cases, and that their effectiveness tended to wane over time. “The history of sanctions is largely a history of disappointment,” he submits.

Sanctions by private sector financial services companies like PayPal, Mastercard and Visa are hurting ordinary Russians. Even those who might have fled from Putin’s Russia cannot access their money now. Thus, West-friendly Russians could end up becoming foes, if the West subjects them to torture any more, Mulder says.

Sanctions must have clear and specific objectives if they are to succeed. But in the Russian case, there is no common, clearly shared, Western objective, he points out. This fosters speculation about the goal being regime change. “If you are a paranoid Russian nationalist right now, that would be a very plausible interpretation. That raises the stakes. It makes it existential. It increases the chance of (the Kremlin) having an adverse response,” Mulder reasons.

The sanctions on Iran imposed on the nuclear issue were effective because the goals were clearly stated, Mulder says. President Obama had made it clear that Iran had the right to civilian nuclear energy, but not to make nuclear weapons. It was stated that if Iran allowed inspection by an UN agency, the US would remove the sanctions. But in the case of Russia, the objectives are hazy and there seems to be no step by step approach either, Mulder notes. He warns that if there is a perception in Russia that the sanctions are going to be permanent and are meant to wreck the Russian economy and society, Russian nationalism will get aggravated and reconciliation will be harder to reach.

From the ideological angle, Mulder considers sanctions that inflict damage on entire populations and their economic life to be both morally fraught and counter-productive. “If the West embarks on policies premised on the idea that bad governments and their people are one, then we have bought into a way of thinking that comes perilously close to how ultranationalists and fascists see the world. If total economic sanctions are the weapon to which liberal internationalism resorts to defend itself, then in a sense, the totalitarians will have won.”

“To my mind, any liberalism worth its name should support and defend individual dissent and resistance against oppressive and dictatorial governments, not punish those unfortunate enough to find themselves living under such regimes.”

Apart from the possibility of a nuclear war, there should be an awareness of the fact that Russia is a massive commodity exporter and that sanctions on it will affect the whole world. They are already affecting commodity prices.

The world economy is too interconnected to be snapped without consequences to oneself. Mindless sanctions could result in the US’ losing allies instead of strengthening ties with them. Sanctions could also result in a set-back to globalization by giving a fillip to economic nationalism, protectionism and indigenous development of products, Mulder warns.

Writing in “The Guardian” in January this year, Mulder recalled that pre-World War II sanctions on Germany, Italy and Japan made it appear to these countries that economic interdependence is more dangerous than protectionism.

As a result of sanctions, Nazi Germany and imperial Japan embarked on campaigns of conquest to secure vital resources like oil, grain, and metals, which soon led to World War II. After World War I, the League of Nations was empowered to impose a severe economic blockade against unruly states that disrupted international order. But with all its powers, the League of Nations failed to prevent World War II,” Mulder recalls.

Fearing international involvements, nationalist movements became strong advocates of self-reliance, backed by self-reliance in defense also, which developed into militarism, ultra-nationalism, fascism and the rise of the strong leader.

After the end of World War II, the US realized the futility and dangers of further punishing Germany and Japan and magnanimously helped them rehabilitate themselves, thus ensuring peace in Europe and East Asia.

Mulder quotes British economist John Maynard Keynes’s letter to the League of Nations in which he urged sanctions supporters to focus on providing “positive assistance to the injured party as compared with reprisals against the aggressor”. In Keynes’ view, this was a better tool of stabilization than punitive economic sanctions, which “would always run the risk of not being efficacious and of not being easily distinguished from acts of war”.

Mulder forcefully argues that countries cannot and should not be liberal at home and aggressors abroad.

“In the 21st century, promoting economic stimulus at home while enforcing deprivation abroad is ultimately a self-defeating way to seek world stability. It is also a narrow-minded approach to defending liberal values.”

“In its domestic response to the pandemic, the US government has rediscovered the Keynesian lesson that public spending is an effective means to ward off economic downturns. But western leaders have yet to appreciate Keynes’ lost insight about the superiority of provision over deprivation as a tool to stabilize international conflict.”

Mulder says that the United States “should focus on devising an appealing carrot in the form of long-term economic assistance. This should be extended to battered allies such as Ukraine, a country that receives plenty of military aid but hardly any meaningful structural investment –indeed, its GDP per capita is still a fifth below what it was thirty years ago.”

“Economic assistance should equally flow to former rivals such as the new Taliban government in Afghanistan. This is imperative not just to end the ongoing humanitarian catastrophe, but also because a failure to stabilize the Afghan economy will aggravate refugee flows and foster Islamic extremist groups –the very threat that two decades of US intervention was supposed to eliminate.” 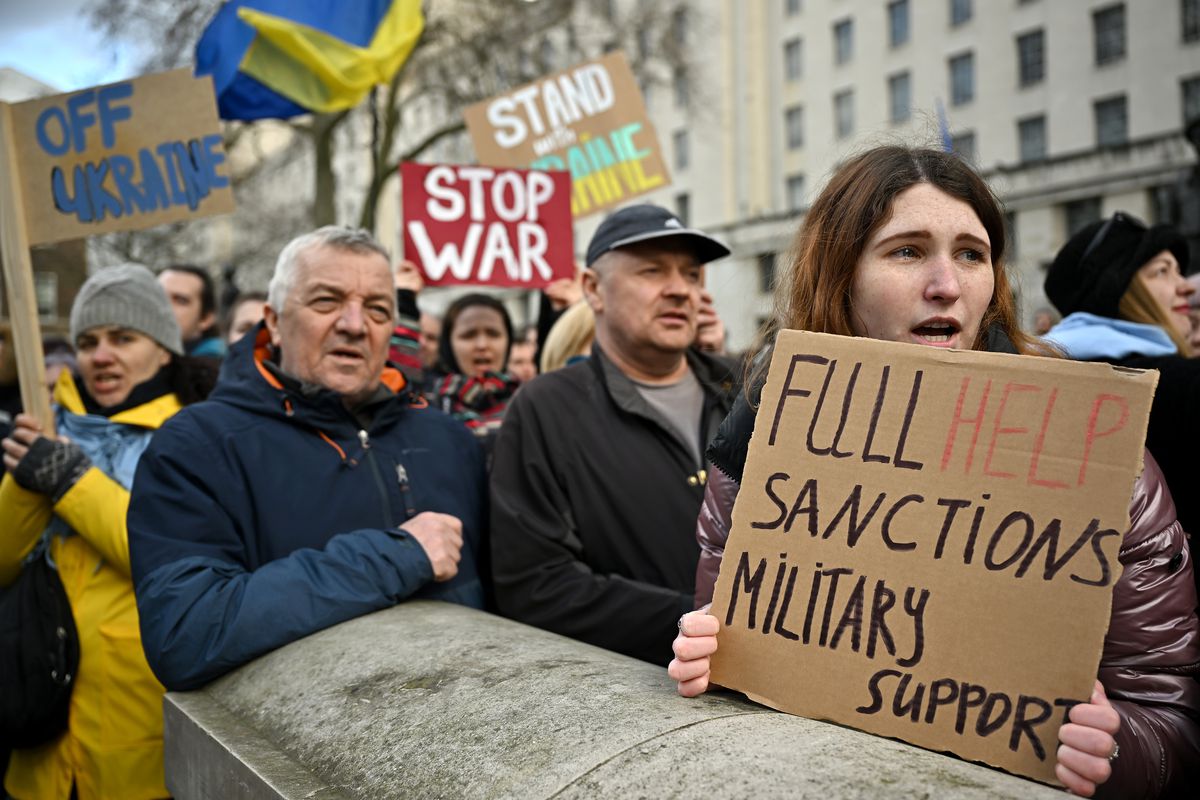