Strap: Russia's wars are all the result of the Primakov Doctrine

On February 9, 1990, the United States Secretary of State James Baker in his meeting with Mikhail Gorbachev who was the President of the erstwhile USSR (Union of Soviet Socialist Republics), assured that NATO (North Atlantic Treaty Organisation) would not move an inch Eastward.

This historic statement, which would later become a paradox leading to the ongoing Russia-Ukraine War, was part of many assurances given by the USA to the USSR, as America was keen that West Germany and East Germany unify. In December 1989 US President George W. Bush had assured Mikhail Gorbachev that the USA would not take advantage of the revolutions happening in certain parts of Eastern Europe and Soviet interests would not be harmed.

On February 10, 1990, West German Chancellor Helmut Kohl met Mikhail Gorbachev in Moscow, and took his assent to the unification of the two Germanys in exchange of an assurance that NATO will not expand further east. On May 18 1990, James Baker assured Mikhail Gorbachev, once again in Moscow, that Soviet interests would not be compromised and the US interest was only to build a stronger Europe along with the USSR.

The unification of West Germany and East Germany took place on October 3, 1990.

Internally the US government agreed to the views of their Defence Department on October 25, 1990, that the option of NATO membership for the East European countries should be left open. In March 1991, the British Prime Minister John Major assured Mikhail Gorbachev in Moscow that NATO would not be strengthened further.

Confident that the USA and NATO would not renege on their assurances, Mikhail Gorbachev dissolved the Warsaw Pact on July 1 1991. On December 26 ,1991, the USSR was dissolved into 15 countries.

In July 1991, the membership of NATO stood at 16 countries. Morally NATO should not have expanded after July, 1 1991 as the Warsaw Pact had been dissolved. Ethically NATO should have been dissolved as the USSR no longer existed. But none of this happened. The USA soon realised that with the USSR and the Warsaw Pact dissolved, it could be well on its way to be the lone global superpower if Russia, which had been carved out of the USSR, could be contained economically and militarily.

Thus, an overdrive for membership of NATO started, and by 2021, NATO had expanded to 30 countries. When NATO was set up on April 4, 1949 in Brussels, Belgium, it comprised 12 countries.

In 1992, after the dissolution of the USSR, Russia realised that the USA had very smartly hoodwinked the world that “no NATO expansion would be carried out”. Numerous talks were held with the USA to stop the NATO expansion but it had its bullseye set on being the lone superpower in the world. Such talks seemed inconsequential to the USA.

In 1999 the Russian Foreign Minister Yevgeny Primakov proposed the Primakov Doctrine, which spoke of opposing the USA’s desire to be the lone superpower, or creation of an unipolar world. The salient features of the Primakov Doctrine were that Russia should strive to create a multipolar world, insist on the Russian primacy in the post-Soviet space, and oppose the NATO expansion.

Also a part of the Primakov Doctrine was an alliance between Russia, China and India to counter the growing stature of the USA, in its reckless pursuit in becoming the lone superpower. Yevgeny Primakov is credited with shaping the Russian foreign policy after he took over as the Russian Foreign Minister in 1996. Russia till then was yet to find its feet after it was carved out of the USSR in 1991.

An offshoot of the Primakov Doctrine is the Gerasimov Doctrine. This was given by General Gerasimov in 2013, and hybrid warfare was discussed which would transcend boundaries in peace and during war, and would include both soft power and hard power. Russia’s war with Georgia in 2008, annexation of Crimea in 2014, involvement in Syria in 2015, and the ongoing war in Ukraine are all the result of its adherence to the Primakov Doctrine.

The recent visit of the Russian Foreign Minister Sergey Lavrov to China and India in March 2022 was in continuance of the Primakov Doctrine in which Russia seeks strong ties between China and India. Russian President Vladimir Putin understands the words of Gloria Macapagal Arroyo “I will not stand idly when anyone gets in the way of national interest and tries to block the national vision. From where I sit, I can tell you, a President is always as strong as she can be”.

Lt Col JS Sodhi retired from the Corps of Engineers of the Indian Army, is an alumnus of NDA, Khadakwasla and IIT Kanpur. Views expressed are personal 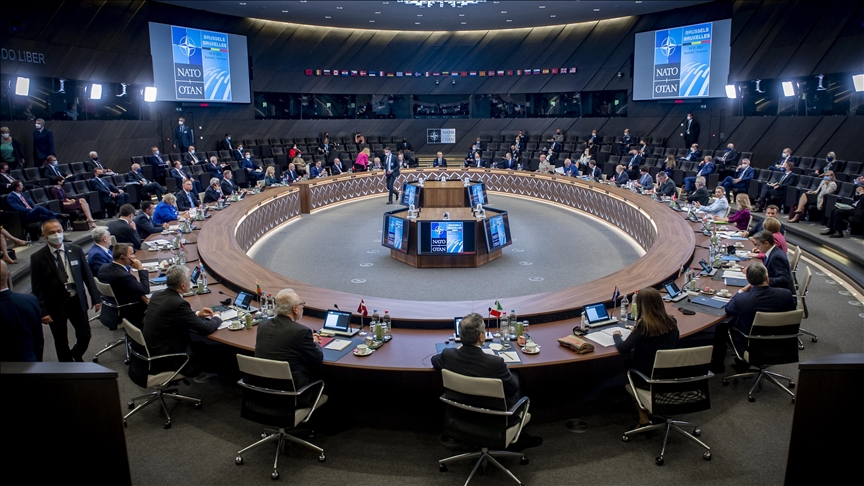