CHENNAI: The unrelenting crisis in Sri Lanka recently forced 16 people to flee the country and arrive at the coastal town of Rameswaram, Tamil Nadu in two groups from March 22.

Officials say that if the situation gets much worse, another 2,000 to 4,000 refugees could arrive here soon.

What happens when they do is still a question, with no clarity forthcoming on India’s policy towards refugees.

As the 16 Sri Lankans had entered the country illegally they were booked under the Passports Act, 1967 and the Foreigners Act of 1946.

On humanitarian grounds, they are now being lodged at Mandapam, the refugee camp in Rameswaram, even as the state government awaits New Delhi’s decision about their future.

On a recent three-day trip to the national capital Chief Minister M.K Stalin met Prime Minister Narendra Modi and requested him to ensure that they are given refugee status so the government can rehabilitate them.

Stalin also said his government was willing to provide essential commodities and medicines to Sri Lankans and requested the Indian government for the necessary permissions.

Meanwhile in Sri Lanka, youth driven by desperation are seeking to flee, but are torn by a sense of solidarity.

Anushka, a medical student from Sri Lanka told The Citizen, “The extremely long power cuts have affected my studies. It has been days since I attended my classes online.” She is enrolled at the University of Otago in New Zealand.

“My family was telling me to leave the country somehow. We are really afraid about our future. I was planning to leave, but when I saw young protestors take to the streets, I reconsidered my decision. I felt I should stay and fight for our rights.”

Godfrey Yogarajah, another Sri Lankan citizen shared, “There is an acute food shortage and non availability of essentials. The protests have turned violent. Buses were burnt and people were beaten up badly by police.”

“Things are really bad here. There are power cuts ranging from 13-16 hours depending on the area you are in. No fuel, so transport and even use of generators are becoming difficult. Even several workplaces are closed as they run out of fuel to keep the generator running. We have to make a decision next week on closing our office once the fuel we collected finishes. Most young people want to migrate, even many of my staff want to leave.”

With the country steered into a debt trap the future for young people looks bleak. In widespread peaceful protests Sri Lankans of all ages continue to call for the wealthy and powerful Rajapaksa family to “go home”. 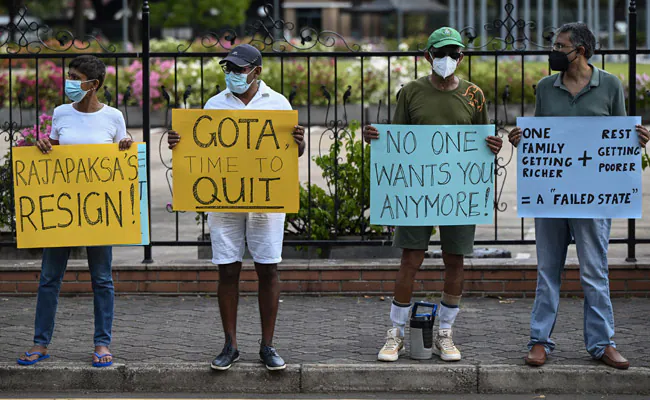