The leader of the opposition United National Party (UNP) and former Sri Lankan Prime Minister, Ranil Wickremesinghe, recently pointed out in Parliament, one of the critical flaws in the Sri Lankan political system. This flaw may have caused the current economic crisis.

The House should take full charge of public finance as per Article 148 of the Constitution.

The Cabinet, which is the Executive, has not been handling it properly, argued Wickremesinghe. The Cabinet has failed to put the finances of the country in order, resulting in an acute economic crisis in Sri Lanka, he reasoned.

Asked why Wickremesinghe should make this demand when, according to the Constitution, public finance is the exclusive preserve of Parliament, Tamil National Alliance MP M.A.Sumanthiran said that over the years the Executive has eroded the role of Parliament by various means and subterfuges.

While it is accepted that parliamentary committees have to be headed by opposition MPs, there have been cases in which ruling party MPs have headed committees. "Sarath Amunugama was a minister when he headed the Committee on Public Enterprises," Sumanthiran recalled.

And there was a time when a President was also Finance Minister (President Chandrika Kumaratunga held the Finance Portfolio). The principle of separation of powers, essential for democratic functioning, was thus violated in spirit if not in letter. At that time, the President could take up any ministry, but this is barred now.

The Constitution, on the other hand, has clearly stated that public finance is the exclusive preserve of parliament, (even under the Executive Presidential system with a directly elected President). Article 148 is explicit on this matter using the term “total control”.

Article 149 says that all revenue will go into the Consolidated Fund (CF) and parliamentary sanction is needed for the use of the CF. Article 150 says that the Parliament will have to pass specific resolutions for the use of the funds. The purpose of drawing from the fund has to be specified and voted upon. If Parliament had been dissolved, the President could handle public finance, but only for three months.

Even the use of the Contingency Fund for emergency use has to be authorised by Parliament as soon as possible.

The Constitution envisages a critical role for Parliament in the making and authorization of the country's annual budget. If the Budget is defeated in Parliament, the Cabinet has to resign. This is the reason why the process of making the Budget is long and intricate with many checks en route.

After the First Reading of the Budget proposals, any citizen can go to court, within seven days, challenging the constitutionality of any provision. The Second Reading, the Appropriation Bill, is the Budget speech of the Finance Minister, a detailed presentation. The Bill is then voted on. Once passed, the Appropriation Bill is referred to a Committee of the Whole House. This is the Committee Stage or the Third Reading of the bill. This can last for a maximum of 22 days. All heads of expenditure are discussed and amendments suggested. Then all heads are passed together with or without amendments.

If the Appropriation Bill is defeated in Parliament, the cabinet will have to resign. The President would then handle the finances, but only till the next government is formed.

Indeed, the procedure looks cast iron, but in practice, there has been a tendency in all governments to find ways to circumvent Parliament. Presidents have circumvented cabinets, and powerful ministers have circumvented Parliament in a bid to monopolise or exercise power arbitrarily. This goes on until things go horribly wrong, as it has happened under President Gotabaya Rajapaksa. 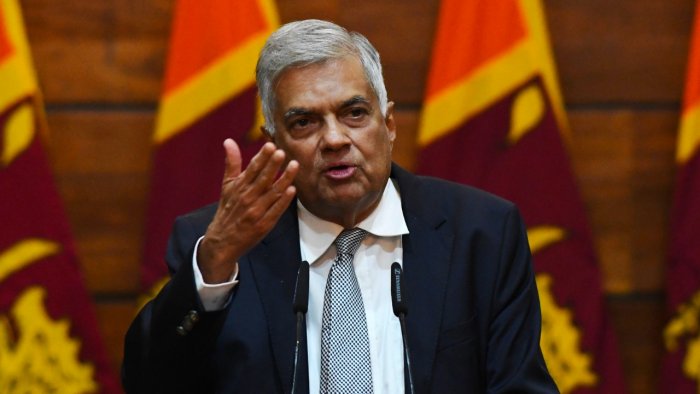