‘A Rise in Rights Abuses by Some Government Officials’

COLOMBO: The US State Department’s assessment of human rights violations in India in 2021 appears even-handed when compared with the reports on some other countries. Perhaps Washington’s geopolitical interests played a role: the report may have been tempered by a perception of India’s importance for containing China in the Indo-Pacific, and Russia in eastern Europe to some extent.

The country report on India prepared by the State Department’s Bureau of Democracy, Human Rights and Labor describes violations by non-state as well as state actors and the corrective steps taken. It accompanies the remarks by Secretary of State Antony Blinken in New Delhi Tuesday that the US government is “monitoring some recent concerning developments” in India, which include “a rise in human rights abuses by some government, police, and prison officials”.

The report elaborates that a lack of accountability for official misconduct persists at all levels of government in India, contributing to widespread impunity. “Investigations and prosecutions of individual cases took place, but lax enforcement, a shortage of trained police officers, and an overburdened and under-resourced court system contributed to a low number of convictions”.

In March, the National Campaign Against Torture based in New Delhi reported the deaths of 111 people in police custody in 2020, attributing 82 deaths to torture or other illegal means. Uttar Pradesh and Gujarat reported the highest number of custodial deaths at 11 people each, followed by Madhya Pradesh with 10 deaths.

Following the 2019 stripping of autonomous status from Jammu and Kashmir, authorities used a public safety law to detain many including politicians without trial. Some were released. Subsequent media reports indicated that some of those released were asked to sign bonds agreeing no longer to engage in political activity.

On February 13, the Delhi police arrested climate activist Disha Ravi in Bengaluru on charges of sedition for allegedly creating and sharing a climate activism toolkit. The Delhi High Court gave her bail after 10 days saying that citizens had the right to protest.

In the country’s northeast, the Armed Forces Special Powers Act permits the Union government to declare “disturbed areas” where security forces can use deadly force to “maintain law and order” and to arrest any person “against whom reasonable suspicion exists” without informing the detainee of the grounds for arrest. AFSPA also gives security forces immunity from civilian prosecution for acts committed here.

The law remains in effect in Nagaland, parts of Arunachal Pradesh, Manipur and Assam. The Public Safety Act, which applies only in Jammu and Kashmir, permits authorities to detain persons without charge or judicial review for up to two years without visitation from family members. The press reported that the number of PSA detentions rose to 331 last year from 134 in 2020.

The report also mentions cases where governments and courts acted against the abuse of power. On June 18, a Dalit (oppressed caste) woman collapsed and died while in police custody in Telangana. The Telangana government then dismissed three police officers and provided compensation to the victim’s family.

On July 22, Ravi Jadav and Sunil Pawar, two Indigenous men accused of stealing, were found hanging inside a police station in the Navsari district of Gujarat. Three police officials were arrested and the Navsari police provided compensation to the dead men’s families. In December 2020 the army indicted an officer and two others for extrajudicial killings in Jammu and Kashmir. Their trial is underway.

The Unlawful Activities Prevention Act (UAPA) gives authorities the power to detain persons for up to 180 days without charge. The NCRB Crime in India 2020 report released in September revealed that 796 new UAPA cases were registered in 2020. A 2019 amendment to UAPA further allows the government to unilaterally designate individuals as “terrorists” and provides new authority to the National Investigation Agency to seize properties acquired from terror proceeds. Since 2019, the Jammu and Kashmir administration had booked more than 2,300 persons under the UAPA.

In September 2020 student activist Umar Khalid was arrested under the UAPA for making a speech during protests against the Citizenship Amendment Act and its concomitants. He remains in jail and has said that prosecutors are delaying the start of his trial. Bihar student activist Sharjeel Imam charged with sedition during these protests also remains in prison.

In a related case the Delhi High Court ordered the release of student activists Asif Iqbal Tanha, Natasha Narwal and Devangana Kalita in June. The three were charged under UAPA for allegedly conspiring to incite the targeted communal attacks in Delhi in March 2020. Rights activist Khalid Saifi arrested under similar charges remains in prison.

Multiple courts have denied bail to most of the 15 activists and scholars imprisoned on sedition and conspiracy charges related to the Elgaar Parishad conference and subsequent protests at Bhima Koregaon in 2018. Their trial is yet to begin. 85 year old and ailing activist Father Stan Swamy had died in jail waiting for trial in this case after repeatedly being denied bail by the Bombay High Court.

In central and eastern India, armed conflict continued between Maoist insurgents and government security forces over land and mineral resources in Indigenous forest areas. Human rights advocates alleged that the security operations had targeted civilians and sought not only to suppress violence but force Indigenous people from their land.

Freedom House’s Freedom in the World 2021 report downgraded India’s ranking from “free” to “partly free” due in part to “a crackdown on expressions of dissent by media, and on academics, civil society groups and protesters.” The Freedom House report states that authorities used security, defamation, sedition, and hate speech laws, as well as contempt-of-court charges, to curb critical voices.

On January 1, the Madhya Pradesh police arrested standup comedian Munawar Faruqui and four other persons for offending religious sentiments with jokes he was allegedly planning to perform. The Supreme Court granted Faruqui bail in February, stating that the allegations against him were vague.

On May 13, police in Manipur arrested social activist Erendro Leichombam for a Facebook post critical of a BJP leader who advocated cow dung and cow urine as cures for COVID-19. On July 19, the Supreme Court granted bail to Leichombam, who was previously kept in preventive detention under the National Security Act after being granted bail by a lower court.

Some media outlets practised self-censorship in response to the government’s reportedly withholding public advertising from some publications critical of the government. Governments in India used the UAPA, PSA and other laws to charge journalists including Sajad Gul, Fahad Shah, Masrat Zahra, Yashraj Sharma, Mir Junaid, Qazi Shibli and Jitendra Jaiswal. Journalists Aasif Sultan and Siddique Kappan, booked under a slew of charges, remain in prison.

The Reporters without Borders 2021 World Press Freedom Index described India as being “very dangerous” for journalists. The report also mentioned “coordinated hate campaigns waged on social networks” against journalists as a major area of concern. Harassment and violence were particularly acute for women. In Kashmir in 2020, the government introduced a media regulation empowering the local administration to determine “fake and anti-national news” and to initiate criminal charges.

There were also continuing government restrictions on access to the internet. The Software Freedom Law Center NGO reported that the Union and State governments had imposed local internet shutdowns 36 times as of October last year. 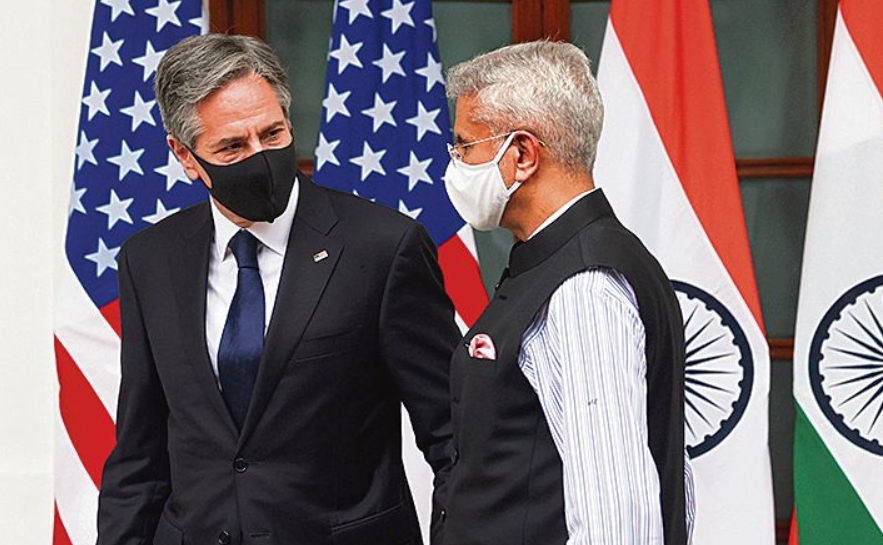