While Sri Lanka’s economic problems, created by an acute forex shortage, are being addressed with the help of India, International Monetary Fund (IMF) and the World Bank, political confusion arising from irreconcilable differences among the country’s political parties is holding up a return to normalcy. Political differences are now afflicting the ruling Rajapaksa clan also. An open split in the Rajapaksa clan is on the cards, complicating the already acute economic problem.

As far as the Opposition is concerned, it is still a motley crowd, unable to find common ground. Many goals are touted by individuals and groups, but no party or leader is trying to bridge the gulf and present a common front to the government of the Rajapaksas.

Some want to pass a Motion of No Confidence against the Mahinda Rajapaksa-led cabinet or even the President himself. However, the President cannot be removed except through an impeachment motion. Some want an all-party government under a new Prime Minister. Others want the Constitution to be replaced by a brand new one. Some want the Executive Presidency to be abolished. Others want it to be modified so that parliament gets back the clout it enjoyed earlier under the 19 th. Amendment.

Some parties want the present government to be replaced by an interim all-party government, without Mahinda Rajapaksa as Prime Minister. Others have said that they would rather not join a hodge-podge government which is neither fish nor fowl.

The Rajapaksa government and the ruling Rajapaksa clan, hitherto united against the opposition, is now split. President Gotabaya has made it clear that he will not resign because he has a mandate to rule for five years. He wants his elder brother Prime Minister Mahinda Rajapaksa to step down and pave the way for an all-party government under a generally accepted new Prime Minister.

But Mahinda has made it clear that he will not resign unless voted out in a No Confidence Motion. He also said that he would prefer to be sacked, as that would enable him to breakaway and become the principal Opposition party. Mahinda Rajapaksa is confident that the majority in the ruling Sri Lanka Podujana Peramuna (SLPP) is backing him and not Gotabaya Rajapaksa who, as an apolitical man, has no following of his own.

Mahinda told Daily Mirror that the masses are not protesting against him. Indeed, the rallying point is the slogan “Gota Go Home”. Mahinda was implying that it was Gotabaya as an authoritarian Executive President who landed the country in a mess. Gotabaya reportedly told his estranged brothers that it was their corruption which had caused the forex shortage. The exit of his brothers would give his regime a squeaky clean image. His rule, without the Rajapaksa tag on it, will rehabilitate the clan that has been discredited. But Mahinda challenged this thesis saying that it was Gotabaya’s wrong decisions and authoritarianism which brought the economy down.

Mahinda Rajapaksa is backed by his other brother, Basil Rajapaksa, the man who built the SLPP from scratch. The party had won every election it had fought under Basil’s stewardship.

Mahinda loyalists say that President Gotabaya is mistaken if he thinks that he can rule Sri Lanka without a clear majority in Parliament and without a political party to back him. Though the Executive Presidency is powerful, it needs Parliament to enact laws and pass money bills. The Constitution does not allow an Executive President to rule by fiat and ordinances.

As Lankan politicians quarrel and India, IMF and other Western institutions are bending over backwards to put the Lankan economy on an even keel. Meanwhile, the Chinese are mounting pressure on the government to restart talks on a Free Trade Agreement (FTA), pending since 2015. While President Gotabaya has been against the FTA on the grounds that China is asking for “too much” , Prime Minister Mahinda assured his Chinese counterpart Li Keqiang that talks will be started soon. Even the cabinet spokesman Dr. Nalaka Godahewa had to say that the government has taken up the matter.

The Chinese, who have been keeping aloof from local politics, have now entered it openly. Chinese Ambassador Qi Zhenhong has met some leaders of the 11-party government rebel group and also a faction of the SLPP led by Mahinda Rajapaksa’s son, Namal Rajapaksa. In their meetings with Sri Lankan political pundits, the Chinese have reportedly been enquiring about the possibility of elections taking place, and the prospects of various parties and leaders.

China, like all other powers active in the region, would like to have a friendly regime with a friendly leader at the top. The present dispensation is clearly not to its liking. 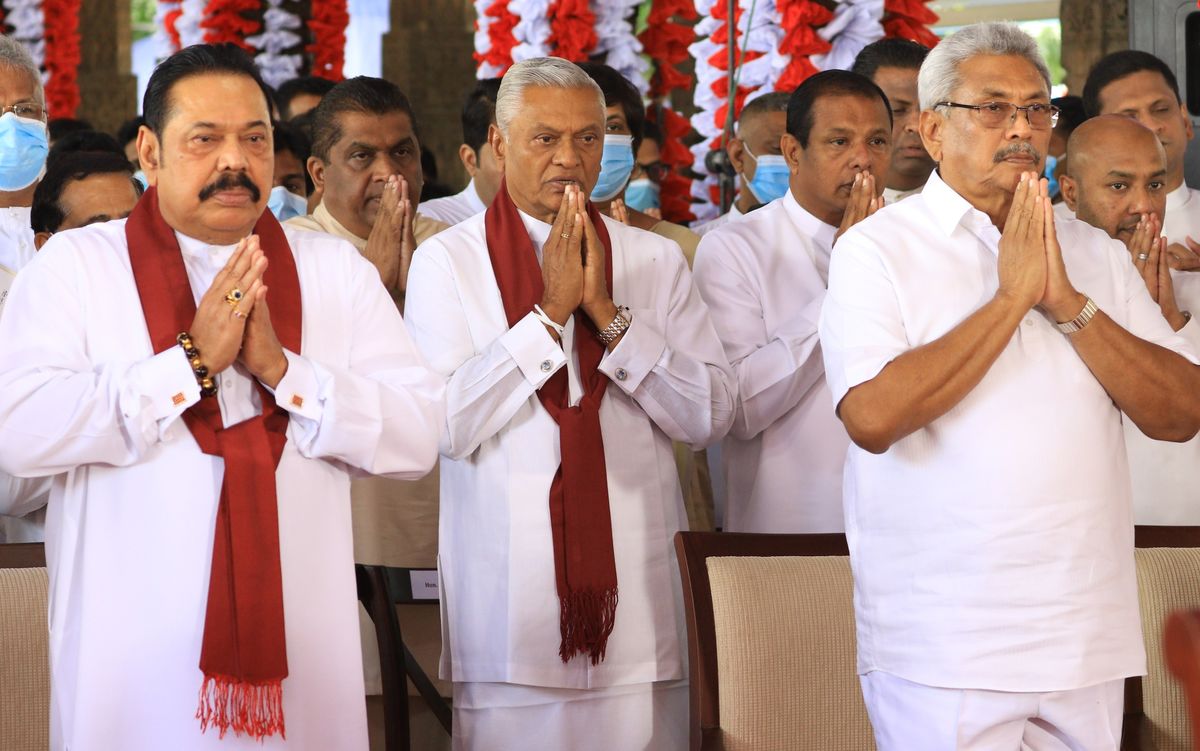