Tamil Nadu government to extend support to the refugees

Mandapam, the refugee centre in Rameswaram, Tamil Nadu has welcomed close to 85 Sri Lankan Tamils who fled the island over the last few weeks. Tamil Nadu, which shares a common language and culture with the minority Tamil community in Sri Lanka, is separated from the island by a narrow strait. Over the years, many Sri Lankan Tamils have tried to seek refuge in India, and landed up in the coastal district of Rameswaram.

When the first batch of six families arrived at Rameswaram in March, they were initially arrested as they had entered illegally. Thereafter, the Tamil Nadu government decided not to send them to jail, and housed them at Mandapam instead, even as they awaited the Centre's decision about their refugee status. Currently, there are about 3,000 Sri Lankan Tamils at Mandapam.

Ironically, Mandapam was originally set up by the Sri Lankan government in 1917 to house labourers from Tamil Nadu to work in Sri Lankan tea estates. In 1965, the ownership of the camp was transferred to the Tamil Nadu government, with the permission of the Central government. Since then, especially after the 1983 pogrom, there have been more than a lakh refugees who had arrived at Mandapam, and were repatriated back to Sri Lanka.

The families usually arrive in Sri Lankan fishing boats and are dropped off close to the coast, in neck deep water. The refugees have to wade through the water with all their belongings. When the Indian fishermen spot them, they alert the Indian Navy and Coast Guard who then pick the refugees up, and send them to the police station. There are a couple of NGOs who provide food and water as the refugees wait to be sent to the police station.

Once the verification formalities are completed at the police station, the refugees are given ID cards, ration cards, essentials and sent to the Mandapam camp. Every illegal migrant from Sri Lanka has to spend some time here before they are sent to other camps. Once at the camp, they are interrogated again and if they are found to have any links with the separatist LTTE, they are handed over to the “Q branch” police.

In the wake of the recent economic crisis in Sri Lanka, the minority Tamil community has been one of the worst affected. In a show of solidarity, the DMK-led Tamil Nadu government had requested people to contribute to help the victims. Earlier this week, a humanitarian aid package worth $16 million including rice, milk powder and essential medicines worth $5.6 million was sent from India to Sri Lanka. The first consignment to be sent to the island was flagged off from the Chennai port by Chief Minister MK Stalin on May 18.

Meanwhile, back at the refugee camp, families expect more of their relatives to arrive. While the Tamil Nadu government is hoping to extend maximum support to the refugees, the police department has also issued directives to be on alert about the possibility of an influx of former LTTE cadres into the state. 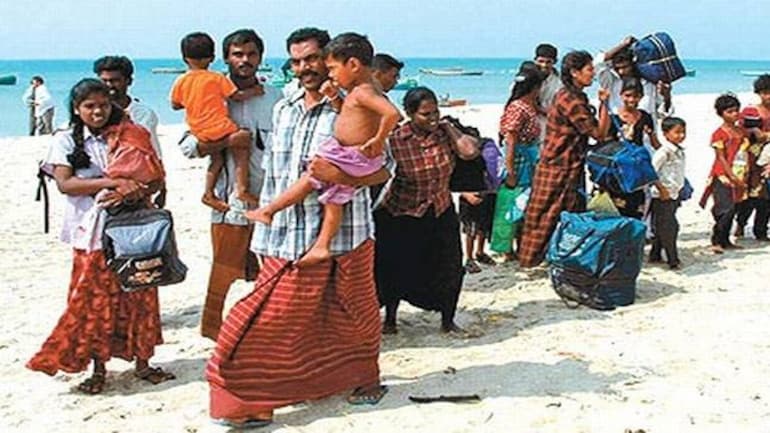