The US Must Impose Gun Control Now

The biggest arms exporter in the world

The United States is no stranger to macabre gun violence, a phenomenon that sporadically rears its head. It witnessed the most devastating shooting this month. A man named Salvador Ramos shot dead 19 children and two adults, including a teacher, at an elementary school in Texas. The incident marks the worst such attack in the country in the last ten years, since the Sandy Hook Elementary School massacre in which 20 children were shot dead. This year alone there have been at least 26 such school shootings and more in other public places, according to reports. Despite such a high rate of gun violence, many of the country’s politicians and voters continue to resist gun control laws.

The biggest roadblock towards curbing “gun culture” is the widely held position on the Second Amendment, a legislation that assures citizens of the right to carry arms. Guns have been an integral part of European American culture for centuries and are codified in the Constitution as the Second Amendment, which says “the right of the people to keep and bear arms, shall not be infringed” as it is necessary for the security of a free country. Over 81.4 million Americans over the age of 18 own firearms, reported the 2021 National Firearms Survey. This accounts for nearly 32% of the adult population, but the true number may be higher as not all US states require a permit or registration to purchase guns.

Many presidents have tried and failed to pass gun control legislation through Congress. For example, when former president Barack Obama tried to bring in gun control regulation during his tenure it was rejected by Capitol Hill. During his tenure, Barack Obama did make some sincere efforts to check the menace of gun culture but could not get support from Congress. He had aggressively advocated for more gun-control and safety measures and called the failure to pass significant reforms one of the greatest frustrations of his presidency.

It is common knowledge that the US Congress’s refusal to overthrow gun violence has a lot to do with the gun lobby, led by the powerful National Rifle Association. While there are other gun lobbies, none is as powerful as the NRA as it has the ability to change the outcome of elections with its money. The NRA spends about $250 million per year, more than all other gun control advocacy groups in the US combined. A Pew Research Report in 2021 found that half of Americans (48%) see gun violence as a very big problem.

Another aspect is that of gun ownership. The US also has by far the highest number of privately owned guns. For every 100 people there are 120 guns in the United States. Survey after survey shows that the majority of gun owners say that they are safer with a gun in their homes. Yet research has shown that it’s far more likely a gun in the home will be used for suicide or homicide than for self-defence. In fact, a landmark study published in the New England Journal of Medicine in 1993 found that keeping a gun in the house was “strongly and independently associated” with an increased risk of homicide.

The courts are another battleground of gun culture. Even if the political ecosystem is reluctant to bring gun-control legislation, a growing obstacle comes from the courts of the country. In 2008, a narrow 5-4 majority in the Supreme Court ruled that the Second Amendment guarantees a personal right to possess a handgun. “There seems to us no doubt, on the basis of both text and history, that the Second Amendment conferred an individual right to keep and bear arms,” wrote then Justice Antonin Scalia in his majority opinion. While this ruling has been subjected to intense criticism, the politically appointed courts have become more supportive of gun ownership rights.

Political indifference towards the gun industry is a major part of the problem. However, what is more worrying is the glorification of gun violence in a country that dominates the global arms industry. It is a horrible trend that a society that champions liberties and human rights has to face the dilemma of periodic attacks, often targeting racial and other minorities, on its own human lives.

Biden was prompt in offering his condolences, but there wasn’t any promise of a re-look at the non-functional gun control laws. Immediately after the deadly shooting he said, “Why are we willing to live with this carnage? Why do we keep letting this happen?…It’s time to turn this pain into action. For every parent, for every citizen in this country, we have to make it clear to every elected official in this country: it’s time to act.”

If Biden genuinely wishes to put an end to gun culture, he ought to use his executive power and strictly enforce gun control regulations. Unless there are strict laws, there may be more massacres. 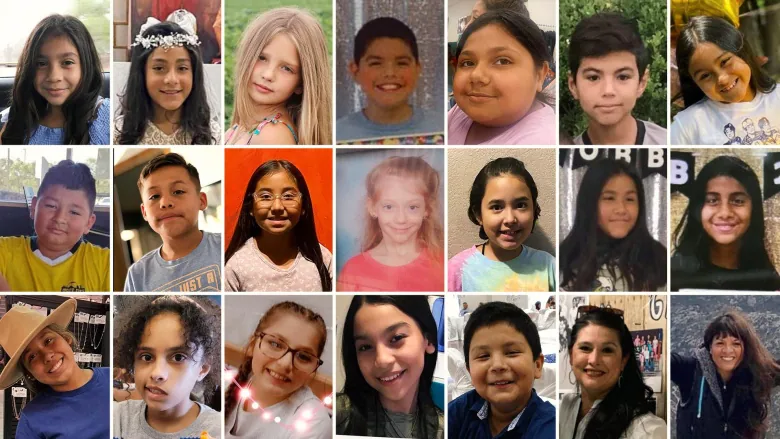