The outrage in the Muslim world over the transgression of the red line in anti-Muslim politics in India is understandable, although the ruling Bharatiya Janata Party acted swiftly for damage control. The point is, the world has taken note that anti-Muslim politics has reached a crescendo in India and is undermining the country’s democratic foundations.

The US state department last week flagged the gravity of the situation in India under the watch of the Modi government. Therefore, the big question is, whether the BJP’s damage control in the present case absolves the government of responsibility. That remains a grey zone.

True to a pattern, top government officials have disappeared. The Indian public is by now used to such a drama where the government distances itself ostentatiously in the downstream of the abhorrent behaviour of the ruling party’s cadres (“core constituency”), and life moves on.

But in this age of the Internet, the international community is erudite enough to form own opinions and would know that the Indian state and the Party do not live in different planets.

The Indian establishment is in denial mode while it has been discernible that In West Asia, the tide of public opinion has perceptibly changed unfavourably for India in the recent years. This has profound geo-strategic implications that would be felt in due course inevitably, and could only be to the detriment of Indian interests and regional influence in the medium and long term. If that happens, do not sit upon the ground and lament that China has outpaced India in “soft power” in its extended neighbourhood.

The West Asian regimes have traditionally taken a pragmatic outlook. The UAE even allowed Prime Minister Modi to solemnise the opening of a Hindu temple in the Emirate. But then, the UAE is a strange country with only something like 7 or 8 percent of the country’s population comprising native Arabs and has nothing by way of “public opinion.” Suffice to say, the actual feelings in the hearts and minds of the Arab ruling elite toward India in the recent years are hard to tell.

The entrenched opinion in India is that the Arab elites are rank opportunists and have scant regard for Islam themselves. Indians generally, including the expert opinion, viewed the Abraham Accords as a manifestation of the political chicanery of the ruling elites in the Muslim Middle East. This is of course a complete misunderstanding of the actual situation, as it basically confuses the Palestinian issue with the religiosity of the Muslim nations. Saudi Arabia’s refusal to join the UAE to recognise Israel signals the high level of sensitivity of the ruling family to domestic public opinion.

No doubt, such misunderstanding has wrought havoc with sections of the foreign and security policy elite and impacted the Indian policies over time. There is even a body of opinion that India should align with Israel and participate in its divisive politics in the Gulf region.

It stands to reason that such excessive behaviour by two BJP top officials last week would only have reflected a common perception in the high echelons of the party circles that so long as India does “win-win” business with the sheikhs, it can get away with anti-Muslim bigotry at home.

But that is sheer naïveté. Pan-islamism is a fact of history. Thus, the government has been caught on the wrong foot by the strong backlash in the Muslim world. Most countries in the Gulf have reportedly made demarches at the diplomatic level. Even Jordan which has a stellar record of “moderate Islam” has denounced. The social media reports say the West Asian nations demand “public apology” from the Indian government.

Surely, the stance of Saudi Arabia and Iran will be the key templates here. Both countries have not minced words in their condemnation. That said, it is also significant that the Saudi Foreign Ministry “welcomes the action taken by the BJP to suspend the spokeswoman from work.” Equally, Iran’s foreign ministry has taken note after a meeting with the Indian ambassador in Tehran that the latter “expressed regret over the issue and described as unacceptable any affront to Islam’s Prophet.”

It underscored, “The Indian envoy said this is not the stance of the Indian government which has utmost respect for all faiths. He added that the person who insulted the Prophet Muhammad (Peace Be Upon Him) holds no government post and only had a position in a party from which he was sacked.”

Clearly, both Riyadh and Tehran have gone the extra league to contain the acrimony from exacerbating at the hands of irascible or radical elements in the “Ummah”. Unsurprisingly, Pakistan has jumped into the fray with alacrity.

Iran’s Foreign Minister Hossein Amir-Abdollahian was due to arrive in India later this week. Hopefully, the visit goes ahead as planned. India and Iran have an urgent need to reset their relationship against the backdrop of the high turbulence in the world order and the increasing fragility of the international system.

Without doubt, Tehran has an obligation to speak up on Muslim issues anywhere in the world, per the country’s 1979 constitution embodying the legacy of the Islamic Revolution. But, that said, Iran has no record of intervening or interfering in the internal affairs of India. On the contrary, Iran has been a willing partner in trying times.

Even in 1992, following the events in Ayodhya and the downstream developments and communal violence, Tehran voiced its strong concerns and disquiet at the diplomatic level while the inter-state relationship continued to run its course. In fact, in August 1993, then Prime Minister Narasimha Rao undertook a historic visit to Iran during which he addressed the Majlis — first leader from a non-Islamic country to do so — and was accorded a reception at the Qom Seminary by the leading Muslim clerics and was received by Supreme Leader Ayatollah Khamenei.

Of course, the present situation is different since it crossed all the parameters of permissiveness and touched the most sacred strings of the Muslim psyche, but this also leaves a slur on India’s heritage as a “civilisation state.” Words are not sufficient to condemn the incident. The government should, without reservations, speak up.

And that is best done by actions. First and foremost, this moment must be taken seriously as a wake-up call as regards the dangers of the BJP nurturing bigotry for reasons of political expediency. Second, India’s unique status as a country with one of the largest Muslim populations in the world (and yet its exclusion from the OIC) poses severe challenges to Indian diplomacy.

Our approach is insufficient and archaic — and episodic. Such excessive attention to Europe and America in South Block’s diplomacy is not only unwarranted but also risks neglect of India’s “near abroad” where India has vital interests. Surely, there must be some way India can take advantage of the Saudi and Iranian goodwill? Emulate Chinese and Russian diplomacy.

Third, in such situations, the government must continue to act with the same decisiveness against the rogue elephants in the BJP tent. Alas, the buck stops with PM Modi. No matter his visions for a future India, the plain truth is that India cannot progress optimally so long as almost one-fifth of the country’s population stands excluded from development and alienated from the national mainstream. Modi only can cut this Gordian knot. 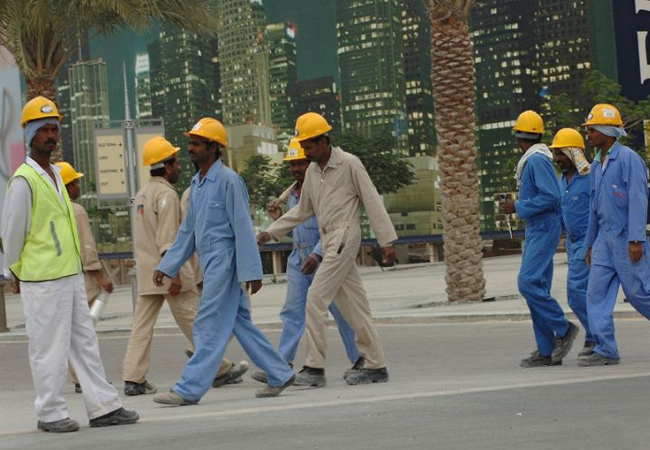