A strong and serious global response

India is in its worst diplomatic crisis since Prime Minister Narendra Modi came to power. So much so that the government rushed to suspend the two Bharatiya Janata Party spokespersons who had been allowed free rein on television with of course like minded vicious anchors, and distanced itself from these “fringe elements” who had till yesterday occupied center stage in the party. It also issued a statement serving as a sort of apology to the entire Arab world - joined in now by Iran, Indonesia, Maldives, Afghanistan as well—that the Modi government embraces all religions.

It is a sorry fact that ever since the Uttar Pradesh elections the attack on the Muslims has been on the ascendant. Bulldozers and demolition of houses has been added in a systematic fashion to arrests, beatings, lynchings that continue, and torture. The atmosphere of fear has been further added to by a social media campaign that has reached new decibels with Muslims being targeted on a daily basis, in the most vicious fashion. Television networks have promoted the same language of hate with the anchors presiding over discussions that violate all tenets of not just journalism but democracy, leading the attack on the minorities. And the rhetoric predictably moved up to attack the Prophet, Islam, along of course with the Muslim.

Ten days of this and finally it was as if a dam burst. And countries that India had good relations with —all of them actually in the Gulf —came out in strong condemnation, summoned the Indian ambassadors to lodge strong protests, and made it clear that unless New Delhi retracted the consequences would be heavy. And just in case the message was lost, some steps were taken to fire employees — there are almost a crore Indians working in the Gulf alone —and pull down Indian products from the supermarkets. It was made clear to the Indian government that the Arab governments would not hesitate to stop trade and send back the Indian workers if this attack on the Prophet continued. Just before this Indian muslims along with secular friends had been on the roads protesting against the attack on their religion and their Prophet. They were arrested en masse, after brutal police action. If instead the government had listened to them, retracted the nasties from television, and embraced the sentiment of India’s largest minority, matters would not have come to such a sorry pass. Instead a huge segment of Indian citizens would have been happy that their views were taken into consideration, more so if the ‘fringe elements’ were indeed pushed to the fringe by those who nurture and support them.

The trigger might have been the Prophet but for a while now the Muslim countries – along with the US– have been registering a sense of unease about the anti-minority policies being followed and implemented in India. The pressure from the streets has been big, and it is a well known diplomatic fact that the Arab street does manage to make its presence felt on issues of concern. Clearly this is one of them, and the threatened economic boycott has carried sufficient threat to galvanise New Delhi into action.

The trolls of course are in action supporting BJP’s Nupur Sharma who has since been suspended for her remarks on television. Boycott Qatar Airlines is also trending on Twitter in misplaced arrogance. All this is semantics at best, and the government will now have to work out how to continue with its domestic policies unhindered by such protests. The US is the only country in the west that, prompted by it’s human rights organisations, keeps issuing statements in between the hugs, chastising New Delhi for it’s anti-Muslim stance. More recently US Secretary of State Antony Blinken issued a fairly strong statement of concern about the Muslims in India along with the US Commission on International Religious Freedom, which drew a strong reaction from the Indian Foreign Office.

It is clear, despite the rejoinders and anger here, that the world is closely watching the Modi government as it moves to legitimise the Hindu rashtra agenda. In today’s global and increasingly small world when it comes to dependencies, no government can act in isolation. As New Delhi is realised 8 years after the BJP came to power. That there is a ‘so much and no more’ and the response from the world has been strong, and made stronger by the fact that it is official. Governments have summoned Indian envoys to register demarches, and have directly called on the Indian government to take effective action and issue an apology. This cannot be shrugged off, more so when trade and jobs and oil is hanging in the balance. 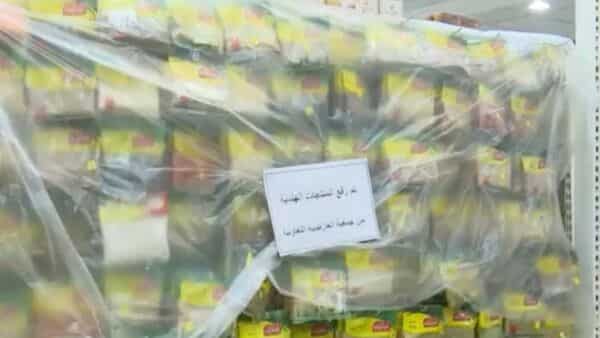