The Islamic world’s overt expressions of revulsion against the insulting remarks on the Prophet made by the Bharatiya Janata Party’s spokesperson Nupur Sharma and the head of its media unit in Delhi, Naveen Kumar Jindal, could be an early sign of a decline in the political fortunes of the party.

The BJP’s Islamophobia may continue to win votes at home, given its expanding constituency, but its international isolation is bound to have a domestic fallout sooner or later. No party in any country can insulate itself from international trends.

New Delhi’s initial official reaction to protests from the Gulf States has been one of denial, shifting the blame for the offensive remarks to “fringe elements” in the BJP. India’s Ambassador in Qatar affirmed that India respects “all religions” and “strongly denounces insults of any religious personality”. The BJP, on its part, suspended Sharma and sacked Jindal.

The government is hoping that the world will believe that the BJP national spokesperson is indeed one of the “fringe elements” and also that it “respects all religions.” This is bound to be viewed cynically because the BJP, with tacit State approval, has been on a sustained campaign to attack, denigrate and marginalise Muslims, India’s largest minority.

The weakness of the government’s excuses and claims is compounded by another white lie, that the BJP’s spokesperson’s remark is being used by elements bent on spoiling Indo-Qatar relations, and therefore no credence should be given to it in the interest of good Indo-Qatar relations.

The fire-fighting efforts by the BJP and South Block has to be seen in the light of the fact that India’s Vice President M. Venkaiah Naidu is on an official visit to Qatar. The Qatari leader cancelled a dinner with Naidu saying that he had to isolate himself because he had been with a COVID positive case recently. The message to Naidu and India from this was clear, that the Islamic world is no longer going to overlook or tolerate the license given to Islamophobic elements in India.

Qatar’s foreign ministry had said in a statement that Indian Ambassador Deepak Mittal was summoned and handed an “official note, expressing the disappointment of the State of Qatar and its total rejection and condemnation to the controversial remarks made by an official in the ruling party in India against Prophet Mohammed”.

The statement added that Qatar is “expecting a public apology and immediate condemnation of these remarks from the Government of India, pointing out that allowing such Islamophobic remarks to continue without punishment constitutes a grave danger to the protection of human rights and may lead to further prejudice and marginalization, which will create a cycle of violence and hate.” It also said the “insulting remarks would lead to incitement of religious hatred, and offend more than two billion Muslims around the world”.

Lolwah Alkhater, Qatar’s Assistant Foreign Minister, tweeted, “The Islamophobic discourse has reached dangerous levels in a country long known for its diversity & coexistence. Unless officially & systemically confronted, the systemic hate speech targeting #Islam in #India will be considered a deliberate insult against the 2 billion Muslims.”

Kuwait’s foreign ministry also handed Indian Ambassador Sibi George an official note expressing its “categorical rejection and condemnation of the insulting statements” of the Prophet “issued by one of the officials in the ruling party”. The statement said that Kuwait, like Qatar, welcomed the “statement issued by the ruling party in India, during which it announced the suspension of the aforementioned official from carrying out his duties and activities in the party because of these offensive statements” but still, it demanded a “public apology for those hostile statements”.

A statement released by Pakistan’s Foreign Office said: “BJP’s attempted clarification and belated and perfunctory disciplinary action against these individuals cannot assuage the pain and anguish they have caused to the Muslim world.”

On Saturday, Oman’s Grand Mufti Ahmed bin Hamad al-Khalili tweeted: “The insolent and obscene rudeness of the official spokesman for the ruling extremist party in India against the Messenger of Islam, peace be upon him, and his pure wife, Mother of the Believers Aisha, may God be pleased with her, is a war against every Muslim in the east and west of the earth, and it is a matter that calls for all Muslims to rise as one nation.”

The BJP’s decision to suspend the two leaders is due to the importance of India’s large expatriate population in the Gulf countries (estimated to be 6.5 million), and the country’s trade ties with the region. India’s economic linkage with the Gulf Cooperation Council (GCC) has increased steadily, especially due to increasing oil imports. In 2020-21, India’s exports to GCC were worth US $ 28.06 billion. The bilateral two-way trade during the period was US$ 87.36 billion. But there was a decline of about 27% over the previous year.

Trade between India and Iran stood at US$17 billion in 2018, but has dwindled to a third of that figure. US sanctions allowed India’s investment in the Chabahar port, as long as it is used for humanitarian relief and trade with Afghanistan. But sanctions severely curtailed India’s ability to develop the Chabahar project. As a result, Iran decided to go ahead with its rail project without India. Iran also took a tough stand against India on the abrogation of Art 370 relating to Kashmir.

It looks as if India’s friendship with the Middle Eastern countries is now shaky. It is time New Delhi repaired ties with the Gulf States but it is clear that this cannot be done without simultaneously reining in Muslim baiting elements in the Sangh Parivar.

However, since Muslim-baiting is the BJP’s USP and its main, if not the only, election plank, the party cannot mute it without losing its principle constituency of politically motivated militant Hindus. 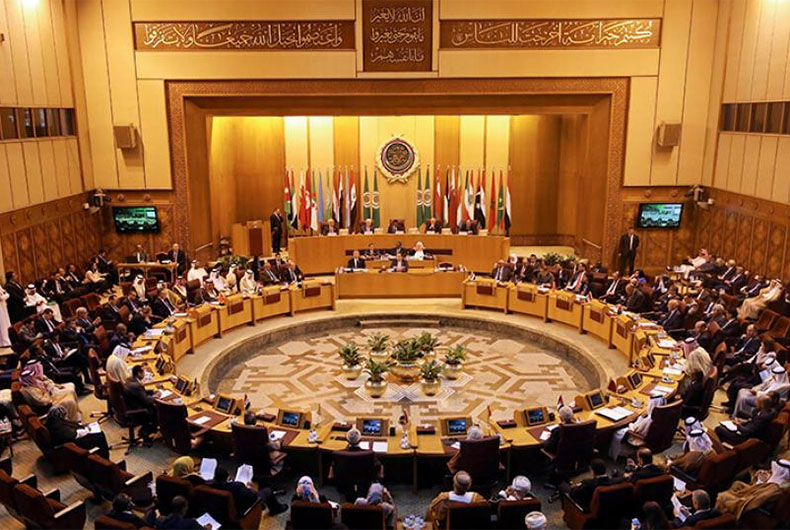