Hate Crime Or A Dispute Over A Parking Space? Three Muslims Killed In Cold Blood

NEW DELHI: The murders of three Muslims students in Chapel Hill, North Carolina, have fast turned into a public trial over the motive for the killing, with people torn on the issue of whether it was a dispute over a parking space or a hate crime?

It was around 5 pm that the local police received a phone call regarding sounds of fire shots in the neighborhood. There were sounds of multiple gunshots and a commotion outside the condominium complex where the victims lived, in the otherwise calm confines of Chapel Hill, which is mostly inhabited by academics and students.

Among the victims are a newly-wed couple, and a teenager. They were of Arabian descent and often volunteered for the good of the community.

The accused, Craig Stephen Hicks, 46, who turned himself in immediately after the murders, was studying to be a paralegal at Durham Technical Community College. He was also a car part sales man earlier. 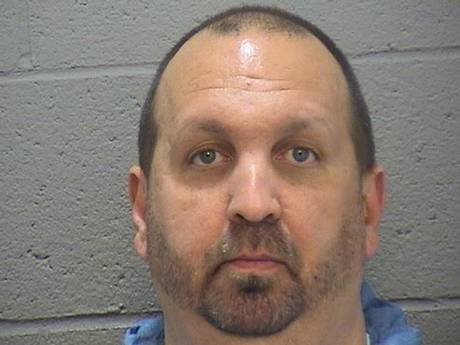 The perpetrator’s FB account reveals him to be an atheist, and a condemner of all religions alike.

Two of the victims’ father, Mohammad Abu-Salha, who is a psychiatrist in Clayton, termed it as a hate crime, alleging that there had been instances when the accused had “picked on” the girls. “They were uncomfortable with him, but they did not know he would go this far,” he said.

“This was not a dispute over a parking space; this was a hate crime” he said.

Prima Facie, it seems to be just a grisly end to the “an ongoing neighbor dispute over parking”, one of the police officials said, albeit adding: "We understand the concerns about the possibility that this was hate-motivated and we will exhaust every lead to determine if that is the case.”

But the surging tweets over the possible motive of the murders, instigated by the anti-theist stance of the murderer, give us a counter narrative to what could exactly be what it simply seems- a parking rage.

Famous public intellectuals and atheists like Sam Harris and Richard Dawkins were among his hundreds of “likes” on the murderer’s FB account.

Dawkins, though, without fanning the issue of hate crime being the motive of the murders, condemned it on its merit of being, firstly an act of desperate violence. He tweeted, “How could any decent person NOT condemn the vile murder of three young US Muslims in Chapel Hill?”

A fair enough stance from a secularist like him and elaborate rebuttals may be expected from him in days to come.

While Sam Harris, one of the Four Horsemen, the famous quartet of atheists, allowed himself to render an explanation of the confusion between the likely motives of these murders, writing for the Post he said,

“There is a huge difference between legitimate criticism of bad ideas and bigotry against specific groups of people (which, in the worst case, can result in hate crimes). It is one thing to believe that specific doctrines within Islam (or any system of thought) are unfounded, harmful, and in need of public criticism; it is another thing entirely to hate Muslims (or Arabs, immigrants, etc.) as people.

For instance, I am currently writing a book with a Muslim friend, Maajid Nawaz, who I consider a true hero (Islam and the Future of Tolerance). In this book, I tell Maajid why I think many of the doctrines of Islam are dangerous and irredeemable, while he argues that the tradition has found ways to circumvent the very issues I raise. The result isn’t bigotry; it isn’t even socially awkward. We are simply two friends having a civil conversation on a very important topic.

If a person considers his atheism (a lack of belief in God) or secularism (a commitment to keeping religion out of public policy) a basis for hating whole groups of people, he is either deeply confused about what it means to think critically or suffering from some psychological disorder.”

Mr Barakat, one of the victims, ran “Refugee Smiles”, an organization to provide dental care to Syrian refugees, and crowd funded his whole initiative for the alleviation of the displaced there.