The Islamic State is Coming For You' With Nutella, Kittens and Emojis

The Islamic State, kittens, nutella and you

NEW DELHI: The secret to the Islamic State’s success in recruiting women -- particularly western women -- has finally been revealed. According to CNN, the militants are using social media to convince women in the western world that joining their fight in Syria and Iraq is a worthwhile endeavour. The secret weapons: “jars of nutella,” “pictures of kittens” and “emojis.”

“They want people to believe their life on the battlefield isn’t so different than yours. They actually eat Nutella, and I guess they have pet kittens,” says the CNN’s Carol Costello.

Questions pertaining to why so many western women give up their lives and travel to Syria and Iraq to join the Islamic State are increasingly relevant. Last year, for example, three Colorado schoolgirls stole passports and money from their parents and flew to Turkey, from where the planned to travel to Syria to join the militant group.

Twenty year old University student from Glasgow Aqsa Mahmood made headlines when she travelled to Syria and married an Islamic State fighter. Teenage twins from Manchester Zahra and Salma Halane too traveled to Syria to join the jihadists in their fight. Sally Jones, a 45 year old mother of two from Kent, made the same journey to Raqqa, Syria, where she is now a vocal supporter of the Islamic State.

Whilst analysts have been struggling with the question relating to what lures these women to the militant group, CNN seems to have found the answer. 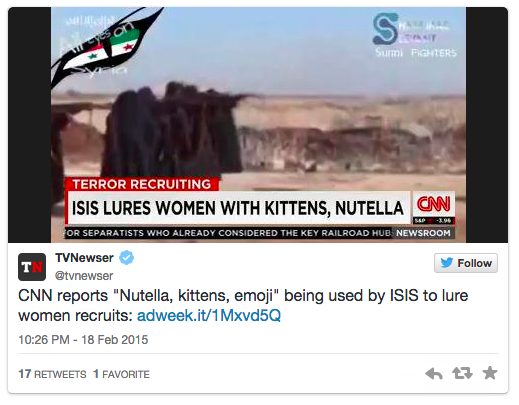 As the internet usually does, the segment prompted a flurry of social media responses, largely mocking the Kittens, Nutella and Emoji claim. 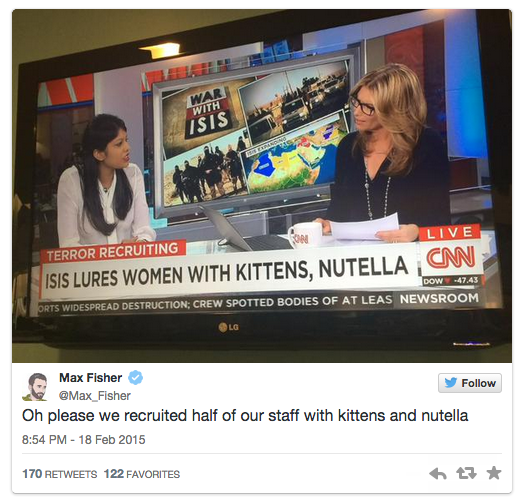 Unfortunately for CNN, however, the featured interviewee on the show, City College New York visiting professor Nimmi Gowrinathan, did not pay much attention to the Kittens, Nutella and Emoji line of analysis.

Addressing the issue of recruitment of western women, Gowrinathan said, “I think the thing to recognize is that women are not fighting for women’s rights, the fight for ISIS is a fight for something else, it is the idea of a caliphate,” she said. “It is a political fight, which goes a bit deeper than social media. That is what women are attracted to because they feel safer, because they feel their identity is threatened…”

Pshht, Gowrinathan. Are you saying it takes more than Nutella and Kittens to convince western women that the fight is worth their support?

If CNN’s take doesn’t sound convince you, then the Daily Mail might do the trick. In August 2014, the Daily Mail reported, “ISIS militants fighting in Iraq and Syria have revealed a bizarre soft spot for the chocolate hazelnut spread Nutella. Members of the jihadist group posed for photographs holding jars of the Italian sweet treat while standing in supermarkets inside the Islamic State - the group's self-declared caliphate.” 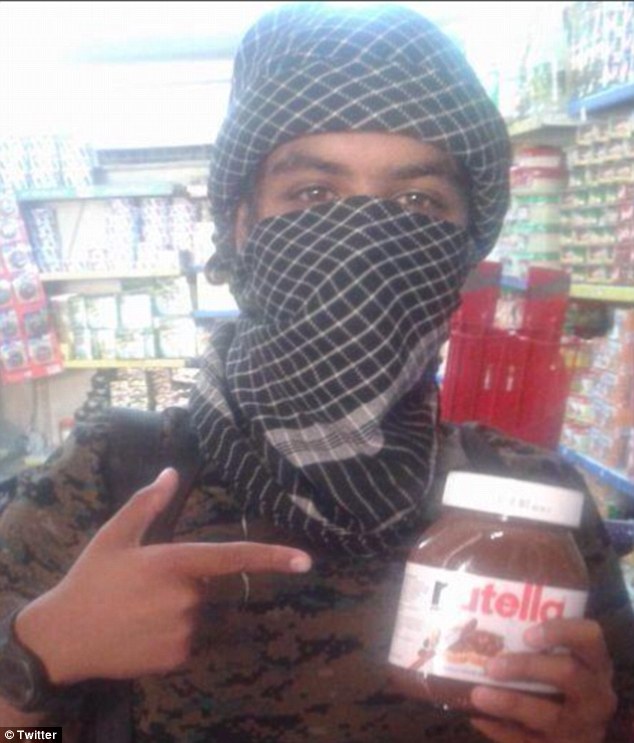 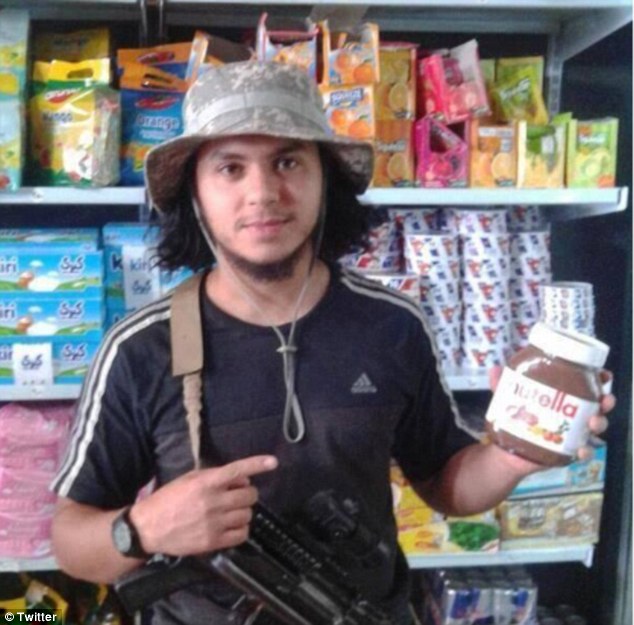 CNN got it right, if you think the Daily Mail’s story is worth a story. As an article in the Washington Post points out, militants posing with chocolate, candy or kittens does not mean chocolate, candy or kittens are being used as recruitment tools. That’s like saying a member of the US army taking a selfie with a stuffed teddy bear implies that the US army is using stuffed teady bears as recruitment tools.

The same article in the Post quotes Steven Stalinsky, executive director of Middle East Media Research Institute (MEMRI), a pro-Israel group that tracks social media activity of pro-Islamic State account, saying that such pictures are not for recruitment, but rather, activities of people in their “down time” -- much like westerners posting pictures of themselves. “They do have a lot of down time, they are swimming in the ocean, playing soccer, hiking, things like that,” Stalinsky said. “Part of the down time is documented. Just like in the West … for their friends and families back home.”