TUNISIA: They came in thousands---from Europe, Latin America, Africa, West Asia---carrying banners, braving the cold and the rain to emphasise yet again what they believe in, another world is possible. Not just possible, but necessary. Participating in the World Social Forum that came together in Brazil for the first time in 2001, activists, academics, journalists, actors, politicians gathered this time in Tunisia for the marathon talkathon on a host of issues. 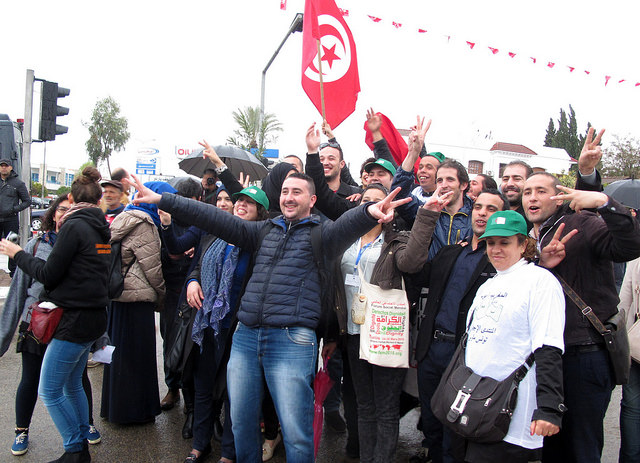 Just emerging from a major terror attack, after a long gap, this assertion came as a major relief for the Tunisians who participated in large numbers, welcoming the visitors even as they joined in with full enthusiasm. Young women wearing T shirts “F…. Terrorism” perhaps best summed up the consensus in Tunis against the extremists who had emerged to kill 20 foreign tourists at the Bardo Museum. 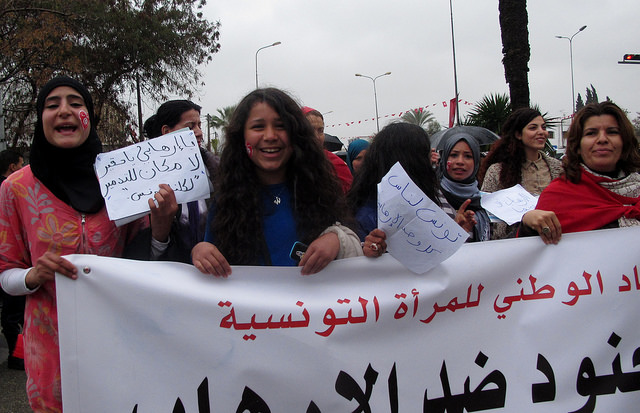 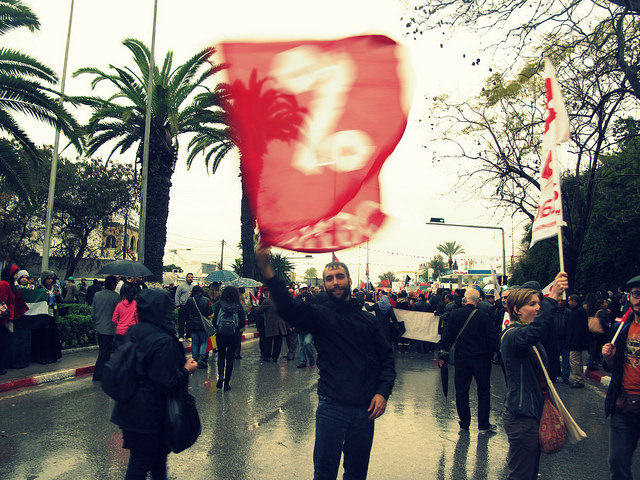 Thousands marched to the Bardo Museum in a gesture of support for the Tunisians, with the local young people not just joining in but stopping every now and again to embrace the visitors. One little group on learning we were from India, shouted their welcome with “Shahrukh Khan” with one young man doing a few dance steps straight from Bollywood movies. In fact Shahrukh Khan is almost a cult figure here in a world where Indian cinema has done more for diplomacy than the Ministry of External Affairs.

Four young girls squeal with delight when they learn we are from India. “Oh I love India” says one. “Shahrukh Khan,” giggles the second. “I want to visit your country” smiles the third. The March does a great deal for all participants. Security is beefed up, with armoured vehicles and armed security personnel lining the route. But their smiles, and hellos make it clear that unlike most security in the world they are here to protect the marchers, and do not see them as the threat. The result is every other person poses with the Tunisian security forces, all smiling and chatting in the local mix of French and Arabic.

Young Tunisians are visibly angry about the attack. The Islamic State might have taken responsibility but everyone here is not so sure as to who exactly is responsible. The government has itself not been categorical on this, maintaining that the attack is under investigation. But everyone is clear that the extremists have to be defeated. “They have no place here,” smiles a young girl her every word interspersed with how much she loves India. She is optimistic that the terrorists will be defeated, and will not be able to drag Tunisia into the mire of violence that has gripped the region. 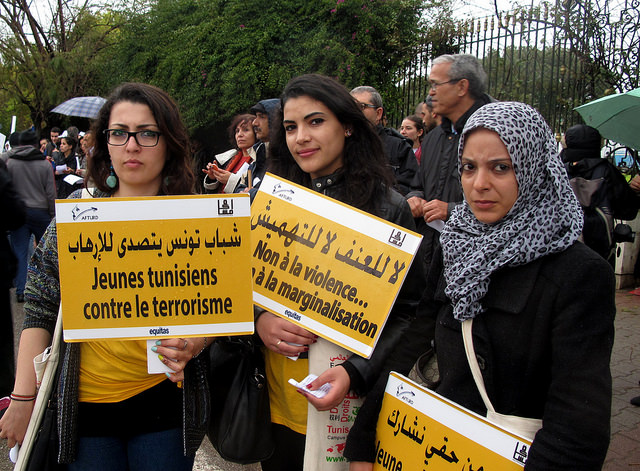 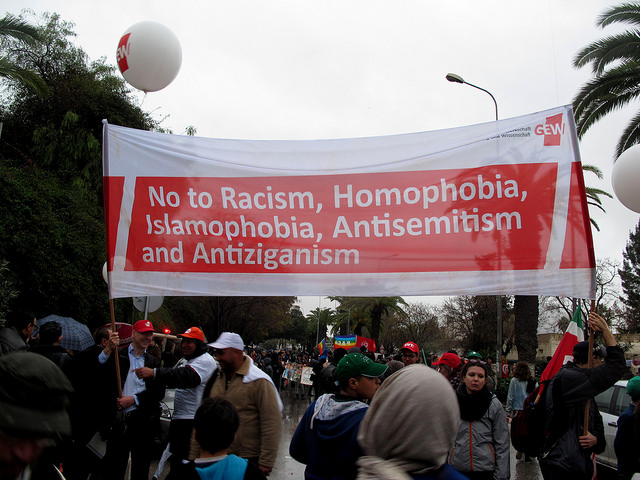 The Tunisian government seems to have the peoples confidence, as it is being fairly transparent about the action taken and its resolve to keep Tunisia peaceful.

Why is it that Tunisians are the largest number of recruits to the Islamic State then? Journalist Zied Dabbar has perhaps the best answer to this. First he says that Tunisia shares this specific platform with Saudi Arabia and Yemen. And that this is largely because initially there was an environment built by some West Asian and western governments encouraging young people to go and fight against the Assad government in Syria. Many went as recruits for largely economic reasons. They were then drawn into the cesspool of violent extremism and knowingly, or not, became cadres of the Islamic State.

The World Social Forum March is a celebration of peace, of a new world, standing up to terrorism in all its forms. The Palestinians are here n large numbers, favourites with the crowd. While many from Gaza were unable to come, the collective embrace still is a extremely reassuring for the Palestinians who have been attacked by Israel and marginalised by the Arab world. The youth have taken over the March, thousands of young people from all over the world with the Tunisians participating in huge numbers. 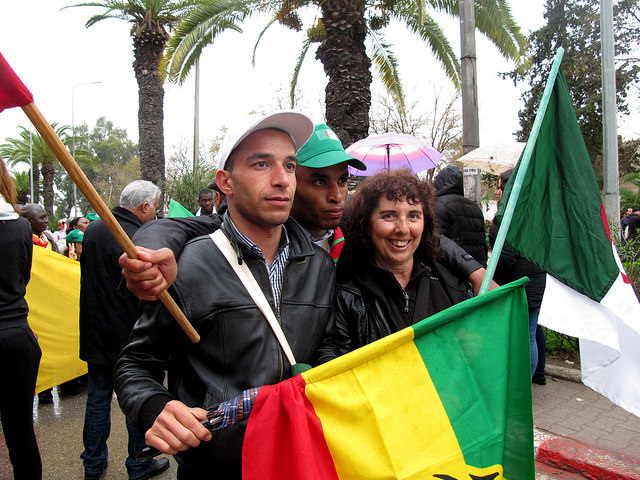 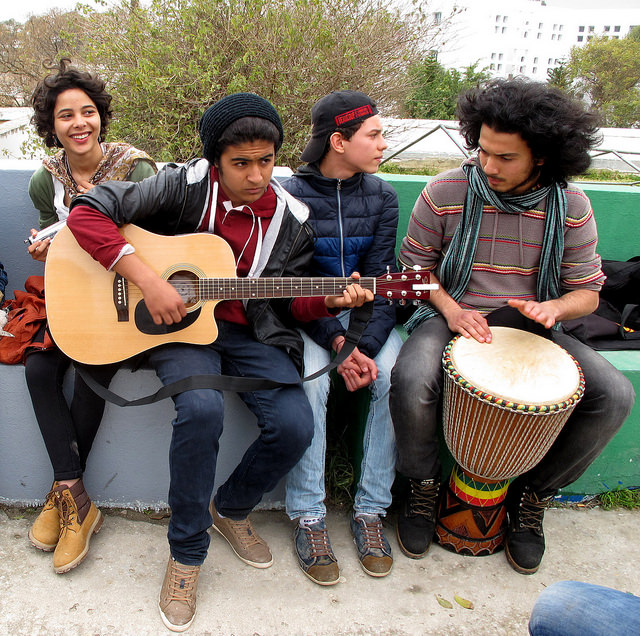 Tunisian women are vibrant, aggressive, active and know their minds. There is no hijab here, just as there was no hijab in Iraq before the US invasion, in Syria before the so called rebels war against the government, or for that matter in Libya for a long while. Men and women mix freely with young couples fairly public in their demonstrations of affection. Society is easy, laughing and visibly happy.

And perhaps the quaintest expression of Tunisian democracy is found in a little cafe, where a group of students---boys and girls---are poring over leaflets over endless cups of coffee in a corner. One of them Muad uses broken English to discuss politics with us. And we gather in the process that he is ultra-left (reminds us of similar little groups back at home still plotting a revolution), thinks his government is “pro-imperialist”, and that the World Social Forum is “pro-imperialist” too! Leaving us to ponder over these nuggets of radical ideology, he returns to his group of friends to continue the intense discussion that clearly is of far more interest than trying to converse with some ignorant foreigners.