NEW DELHI: Palestinian civilians at a refugee camp in Damascus have been caught in the crossfire between Islamic State militants and opposition forces, according to Syrian activists.

Thousands of civilians in the decade-old camp Yarmouk Camp were trapped without food and water as Islamic State militants tried to expand their grip. The United Nations Relief and Works Agency for Palestine Refugees in the Near East, or UNRWA said that it has been unable to deliver rations to the camp for more than a week.

“People are dying and the world is [just] watching,” said a senior international aid officer who works in Damascus in a statement to the Wall Street Journal. “Anyone with a score to settle is now throwing a log into the flames.”

“For over 700 days, the camp has been the victim of a draconian siege, which has resulted in the death by starvation of at least 200 Palestinians,” Saeb Erekat, the longtime Palestinian peace negotiator with Israel, said (as quoted in The New York Times) in a statement issued Saturday that called on all parties to provide civilians with safe passage out of the “death trap.” “Yarmouk shall remain a testament to the collective human failure of protecting civilians in times of war,” he added.

By Sunday, 1500 civilians had fled Yarmouk for the nearby rebel controlled towns of Beit Sahem and Yalda. ANother 94 people -- mostly women and children -- left for Tadamoun, said UNRWA.

At the time of writing, reports suggest that most of the Palestinian refugee district had fallen to the Islamic State militants. In addition to the displacement of civilian refugees, the fall of Yarmouk is significant as it represents the greatest inroad for the militant group into Damascus yet. However, as the New York Times put it, “at the same time, the move suggests that as the Islamic State loses ground in Iraq and northeastern Syria, the most daring response it could muster on the ground was to attack one of the most vulnerable populations in Syria.”

It is hard to imagine that life for the residents of Yarmouk camp could get any worse. Once home to over 100,000 Palestinian refugees, the camp has blockaded and bombarded by the Syrian government for over two years, having been ruled internally by different factions of armed groups. Most of the residents are descendants of Palestinians who fled the 1948 war of Israel’s founding.

As the Syrian civil war intensified, Yarmouk camp became the scene of intense fighting between the Western backed rebel Free Syrian Army and its Palestinian ally Liwa al-Asifa on one hand and the Popular Front for the Liberation of Palestine – General Command (PFLP-GC) supported by Syrian Army government forces on the other. Subsequently the Syrian Army has besieged the camp, leading to many leaving the area and a significant deterioration in conditions for the more than 18,000 Palestinian refugees and other Syrians remaining inside the camp, whom the UN describes as living in "complete deprivation".

In April, a few days ago, as Islamic State forces entered the camp, they were met with resistance by knaf Beit al-Maqdis and the Free Syrian Army. By April 2, reports indicated that the Islamic State was in control of the entire camp.

Further, the Palestinians in Syria are caught between the crossfire in more ways than one, with several Palestinian refugees supporting Syrian President Assad, seeing him as a champion of the Palestinian cause. Others, however, disenchanted over what they consider Assad’s repressive response to a Sunni uprising, have ended up on the side of the opposition. 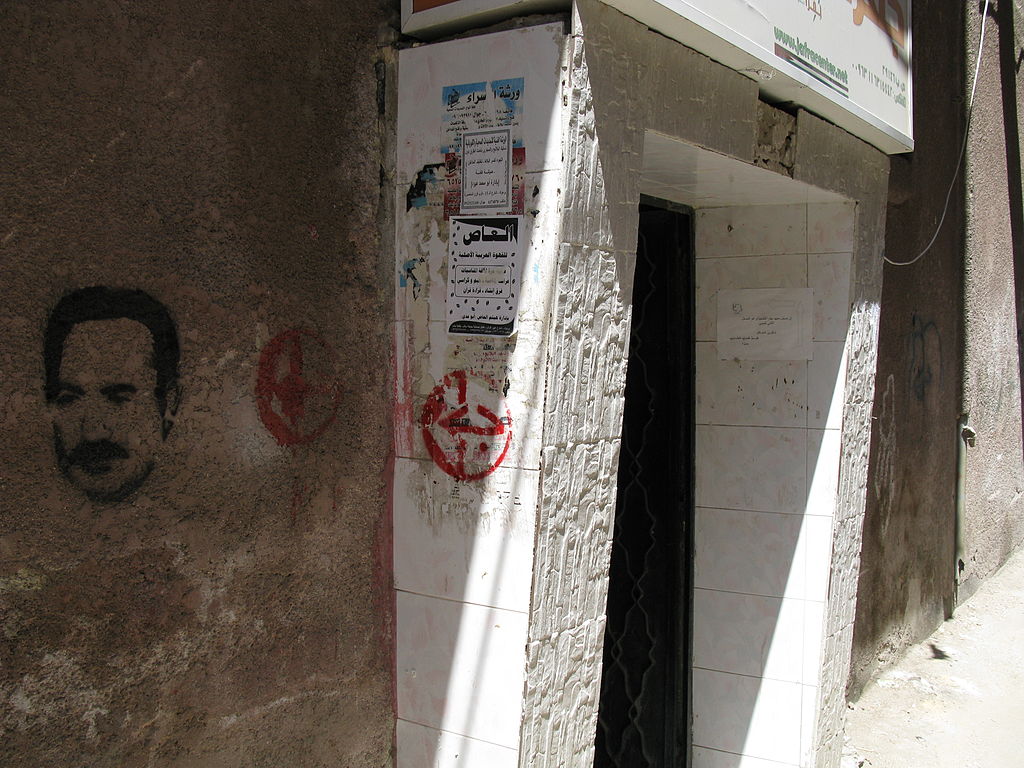 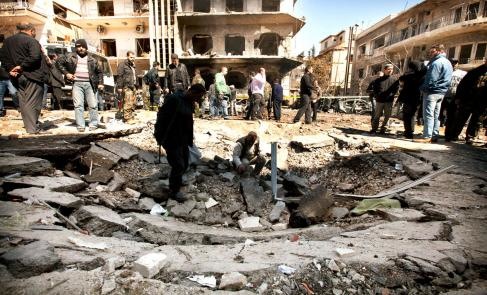 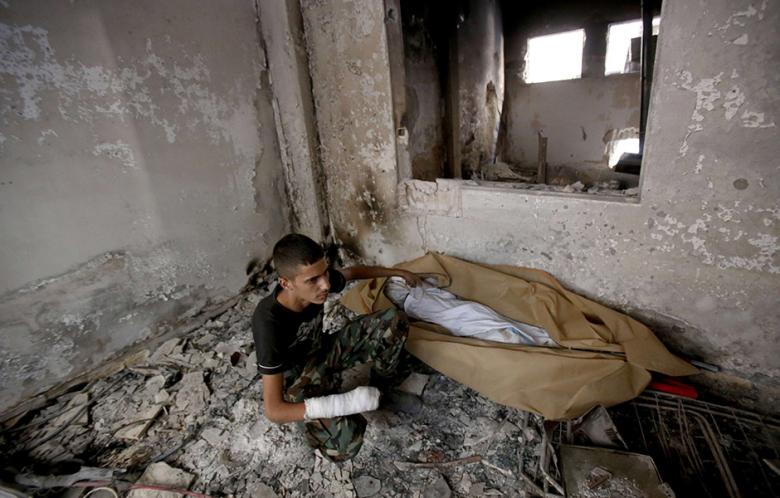 (A Palestinian refugee squats next to the covered body of an alleged foreign rebel fighter in the Yarmouk refugee camp. Al Akhbar) 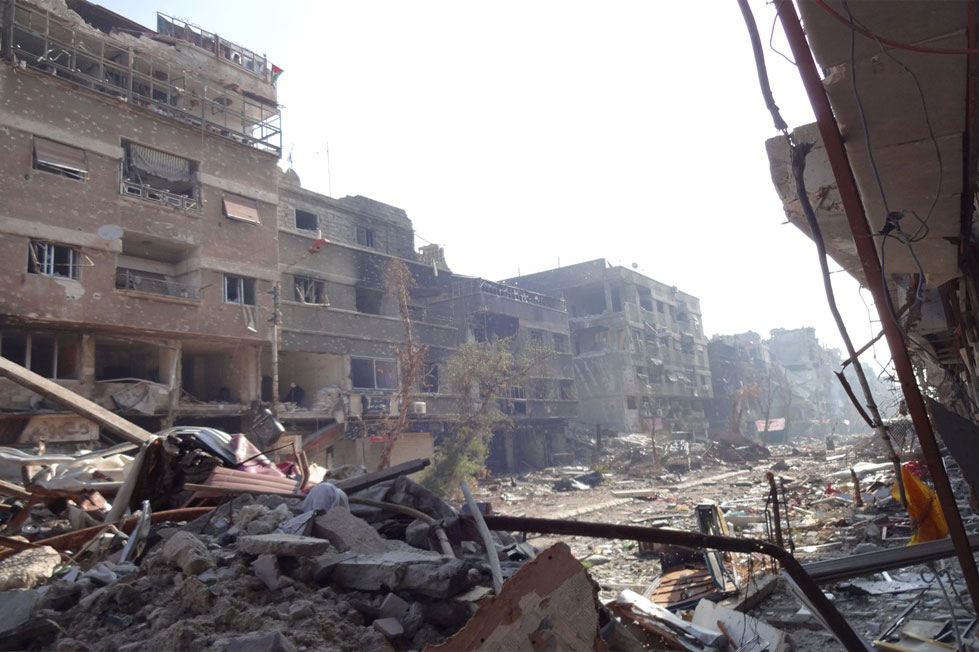