Newborn Gets Weapons And an Islamic State Birth Certificate

NEW DELHI: The Islamic State appears to have taken the “cubs of the Caliphate” to the next level, with a propaganda photo -- showing a newborn baby lying beside lethal weaponry and a birth certificate -- being circulated online.

The photo, intended clearly to evoke shock and horror, was shared by Abu Ward Al-Raqqawi, an anti-Islamic State activist based in Syria, who said it was originally taken by a member of the militant group. 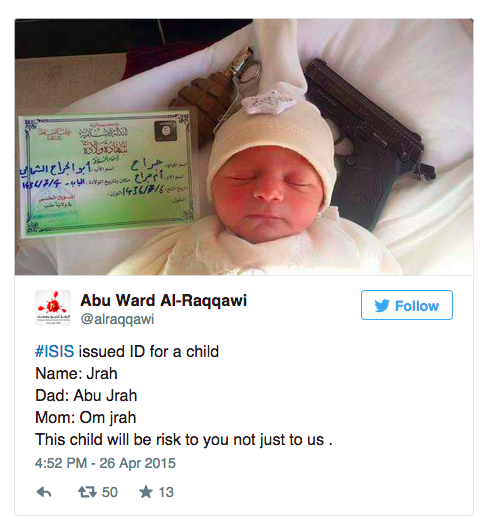 The photo was posted with the caption, “This child will be risk to you not just to us [sic].”

The image follows other Islamic State propaganda material that raises questions on the group’s treatment of children. A guide titled “Sister’s Role in Jihad” was released earlier this year, instructing women on how to raise a jihadi baby in preparation for war. Presented in a “dos” and “don’ts” style, the slick guide told parents, “Don't wait until they are seven to start, for it may be too late by then!” “Don't underestimate the lasting effect of what those little ears and eyes take in during the first few years of life!” the guide instructed, urging parents to start training children while “they are still babies.”

The suggestions included in the guide range from showing children jihadi websites with graphic content and reading them stories about militants’ exploits at bedtime to encouraging them to play with toy guns. The guide does caution, however, that if you own a real gun it must be kept “totally out of young children's reach.”

Training should be fun, the guide suggested, but “fun does not mean music and dancing, as is portrayed by Western children's TV.” TV in fact is encouraged to be banned as “it mostly teaches shamelessness, anarchy, and random violence.”

The guide’s release has a propaganda purpose directed at the west, as did the group’s previous attempts to highlight the role of children in its war. In November, disturbing images appeared online depicting children holding decapitated heads and AK-47s under the title “cubs of the Islamic State,” according to media reports. 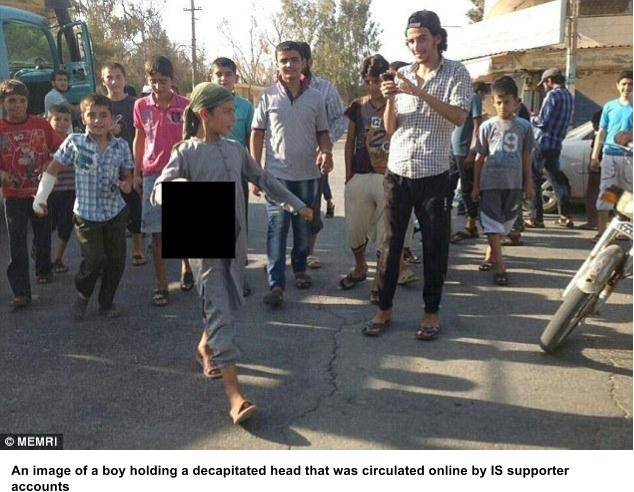 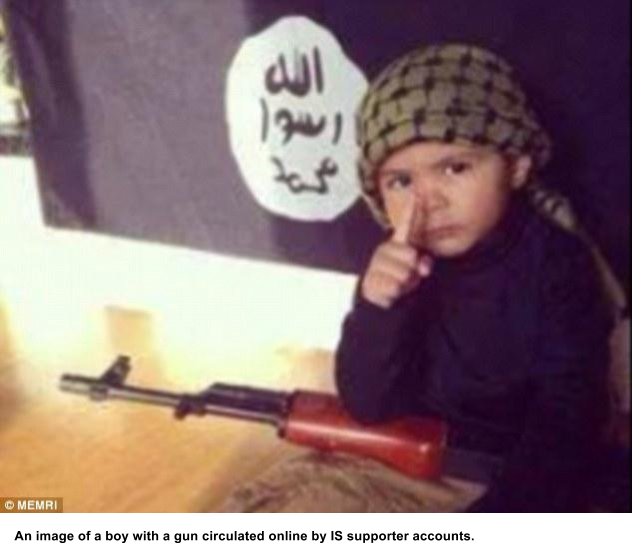 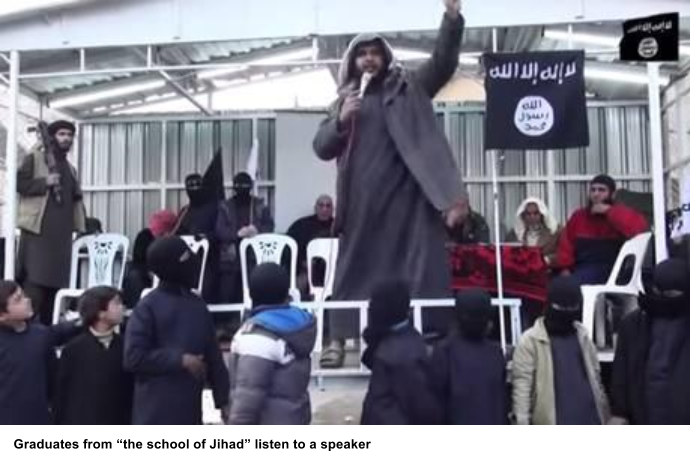 More recently, the group has posted images and videos showing young children carrying out executions. In March this year, the group released a video that purported to show a young boy shooting Muhammad Said Ismail Musallam -- accused by the militant group of being a spy for Mossad -- in the head. 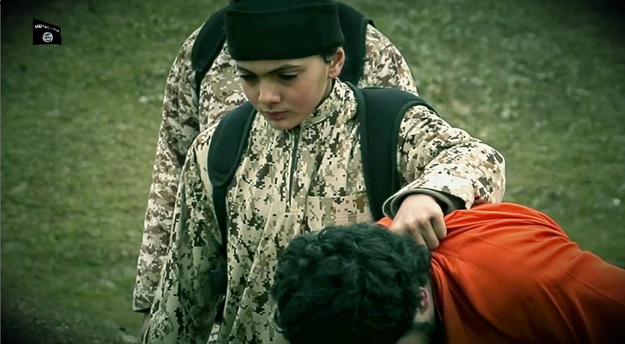 Earlier in January, another video released by the group showed a young boy shooting to death two men -- described as Russian spies -- who confess to attempting to assassinate the group’s leaders and infiltrate its networks.

Previously, the UN Human Rights Council found that the Islamic State “has established training camps to recruit children into armed roles under the guise of education”.