The attack -- carried out by an assailant in the guise of a worshiper -- followed a separate attack by Boko Haram militants, who tried overnight to advance toward Maiduguri.

Buhari, who took the oath of office on Friday, vowed in his inaugural address to crush the militancy sweeping across the country as Boko Haram continues to gain ground. In fact, Buhari’s win -- historic in Nigeria as it’s the first time an opposition candidate has beaten the incumbent to win a presidential election -- is attributed to the perception that he is going to be tough on the insurgency.

Buhari dominated the northwestern states -- that have suffered most from the violence of Boko Haram. In Borno, one of the worst affected states, Buhari won 94 percent of the vote. 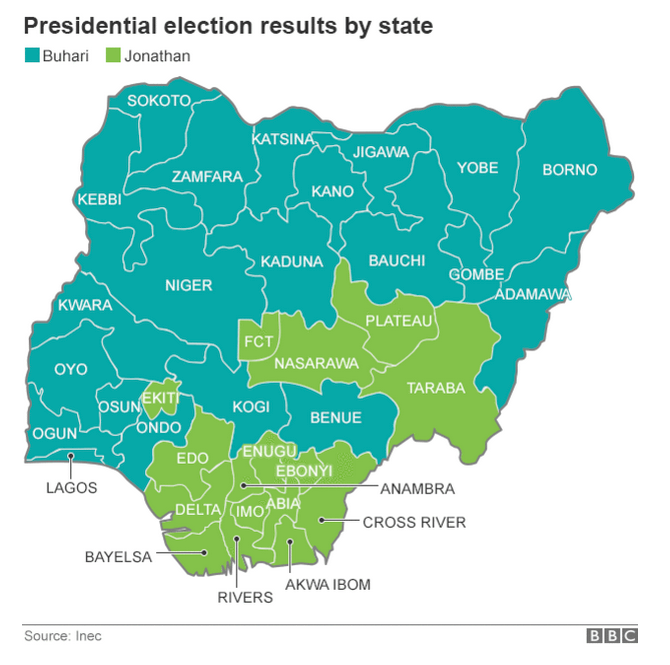 This is in fact Buhari’s fourth bid for the presidency, having previously ruled Nigeria from January 1984 until August 1985 following a military coup in 1983. Jonathan came to power in 2010, with the Boko Haram insurgency deepening since the last polls in 2011 -- which Jonathan won and Buhari lost. Many voters have said that they believe Buhari is better positioned to deal with the militant group.

Buhari himself has been critical of Jonathan’s handling of the insurgency, which has grown in the absence of a coordinated military campaign, claiming over 10,000 people in the last few years. In this regard, Buhari has played up his image as a “military man” -- vowing to be tough on the extremists whilst, at the same time, promising a secular government, toward which he chose Yemi Osinbajo, a Christian pastor, as his running mate.

However, for Buhari to be able to tackle the threat posed by Boko Haram, a lot more than a coordinated military effort and a religious un-rendering is needed. The origins of Boko Haram, the official name of which is Jama'atu Ahlis Sunna Lidda'awati wal-Jihad, which in Arabic means "People Committed to the Propagation of the Prophet's Teachings and Jihad", sheds light on the specific social-economic context that has determined developments. As parts of Nigeria fell under British control in 1903, locals came to view western education with suspicion, and this resistance continued as Nigeria gained independence, with many muslim families refusing to send their children to government run “western schools.” The problem was compounded by the lack of priority given to education by the state government.

Located in this context, in 2002, Muslim cleric, Mohammed Yusuf, formed Boko Haram in Maiduguri with the intention of setting up a religious complex, which included a mosque and an Islamic school. Many families across Nigeria and the region enrolled their children in Yusuf’s school. The movement did not remain restricted to education, with the eventual aim of an Islamic state being conceived within the struggle for power that was rooted in an anti-western discourse. In 2009, the group carried out a series of attacks on official buildings in Maiduguri. The group was defeated and Yusuf was killed, but fighters regrouped and in 2010, attacked a prison in Bauchi state, setting free hundreds of the groups’ supporters.

Since then, the group’s attacks have increased in severity.The context is far more complicated than a mere religious rendering can do justice to. Nigerian American author and columnist offered a voice of reason when he tweeted: “I understand the impulse to "do something." But Boko Haram is irreducibly complex. Makes Kony look like child's play” and “The history of the Nigerian military "doing something" about Boko Haram has been one of mass murder of civilians.”

Tackling Boko Haram involves reducing the region’s chronic poverty and building an education system which gains the support of local muslims - measures which are not being given priority to by either of the political candidates and thereby ensuring that no matter what the result, post-election Nigeria too will be straddled in the time of Boko Haram.