Will The Islamic State Ruin Your Summer Holiday?

NEW DELHI: The Islamic State may intervene with your summer holiday plans, or at least that’s what two widely read British papers think. The Daily Mail and The Sun ran headlines connecting the British penchant for summer vacations to the migrant crisis and the Islamic State.

The Daily Mail ran a story that began, “Thousands of boat people from Syria and Afghanistan have set up migrant camp in the popular Greek island of Kos - with holidaymakers branding the situation 'disgusting'.” 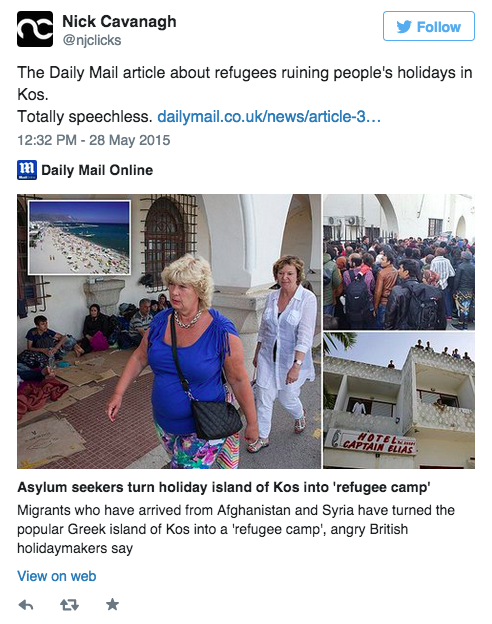 “As families – often on cheap package deals and enjoying some summer sun with their kids during the half term break – relax on sun loungers on the beach, just a yards away scores of migrants have set up camp, sleeping on cardboard boxes with rubbish strewn everywhere. Anne Servante, a nurse from Manchester, had come to Kos expecting a relaxing break with her husband Tony, a retired plumber. Instead her summer break has turned into a 'nightmare' as penniless migrants who are in Greece to claim asylum sit outside their restaurant and watch them eat,” the story continues.

The story is accompanied by the following images and captions: 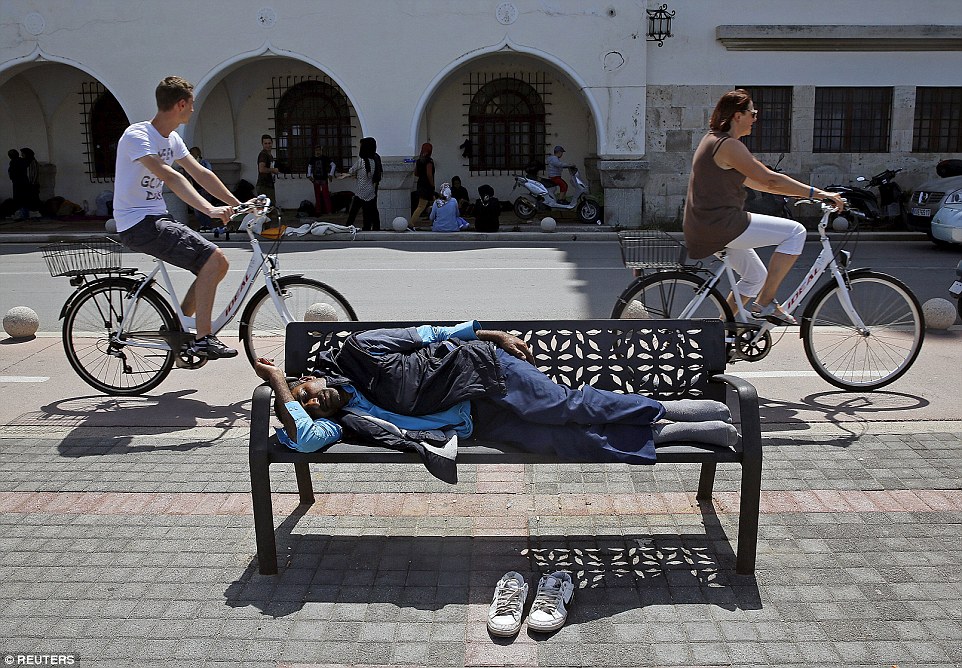 (Strange mix: An Afghan immigrant sleeps on a bench outside the police station in Kos as two tourists cycle by. Straggly migrants straight from the boats have been marching through the town with backpacks on to join friends and register for their travel permits at the police station.) 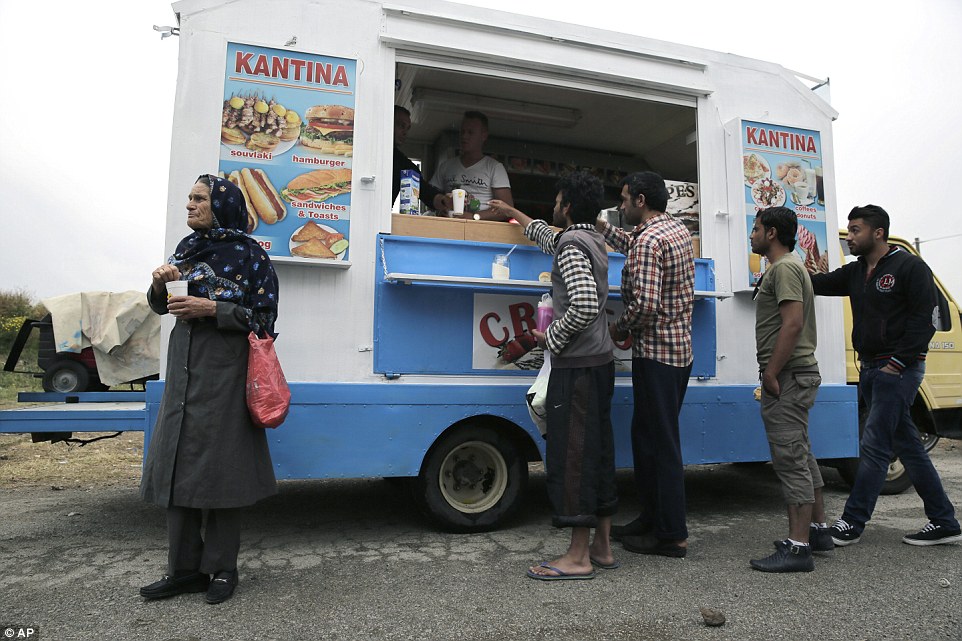 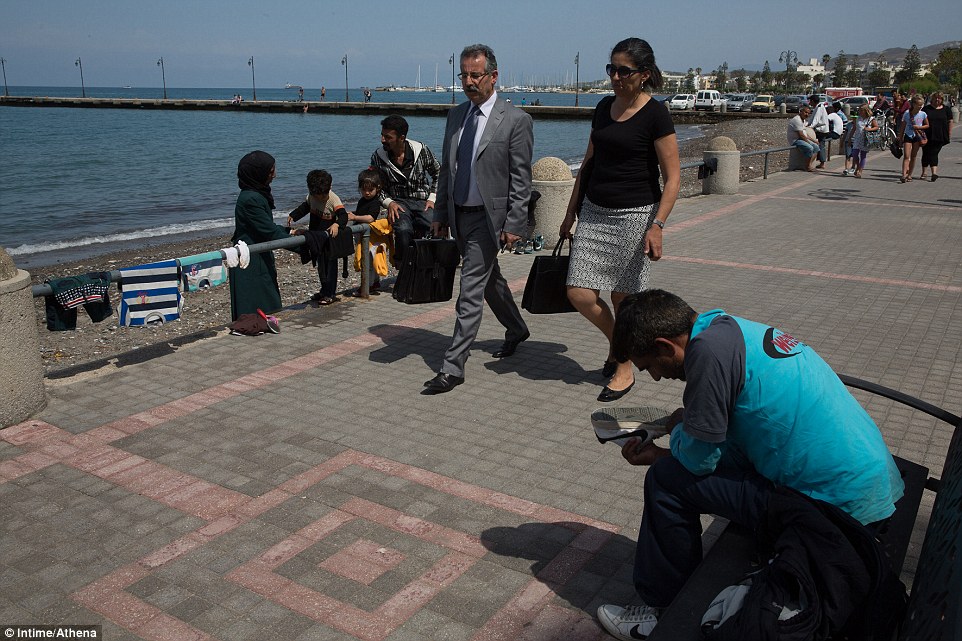 (Contrast: Tourists on their summer holidays stroll past families of migrants sleeping out on the streets in Kos, with their belongings strewn on the pavement around them.)

“Young Afghan mothers in head scarves, changing their babies and washing their children’s clothes in the sea, share the promenade with tourists who sit uncomfortably on the beachfront. The harbourside has become an unofficial washing line with baby clothes and grubby-looking scarves laid out along the shoreline. Baby bottles and towels litter the area,” the article says. 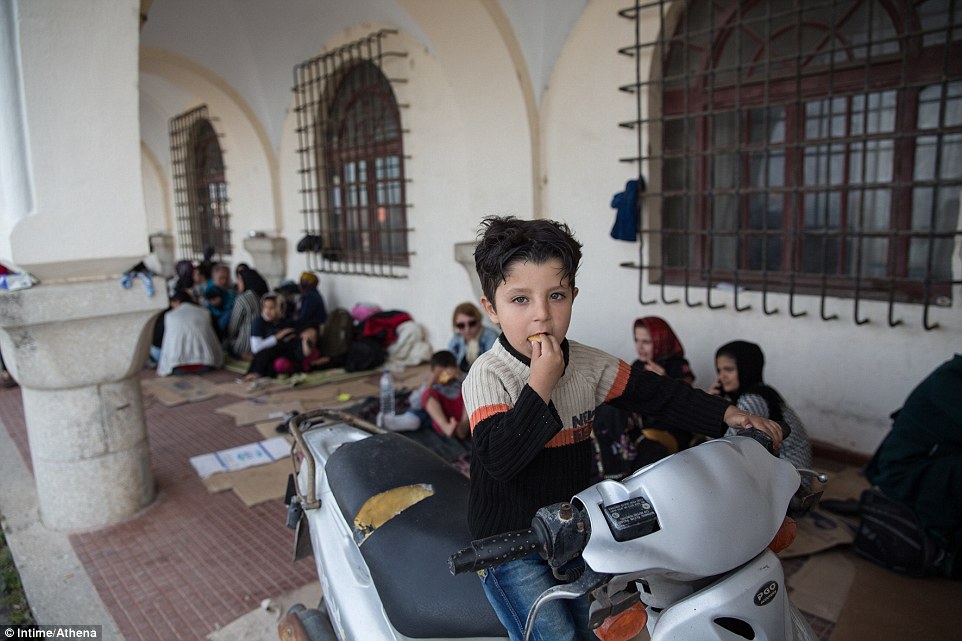 (Difficult future: A young migrant boy eats some bread on a battered scooter. Tourists who have been coming to Kos for years complain that the ‘atmosphere has changed’.) 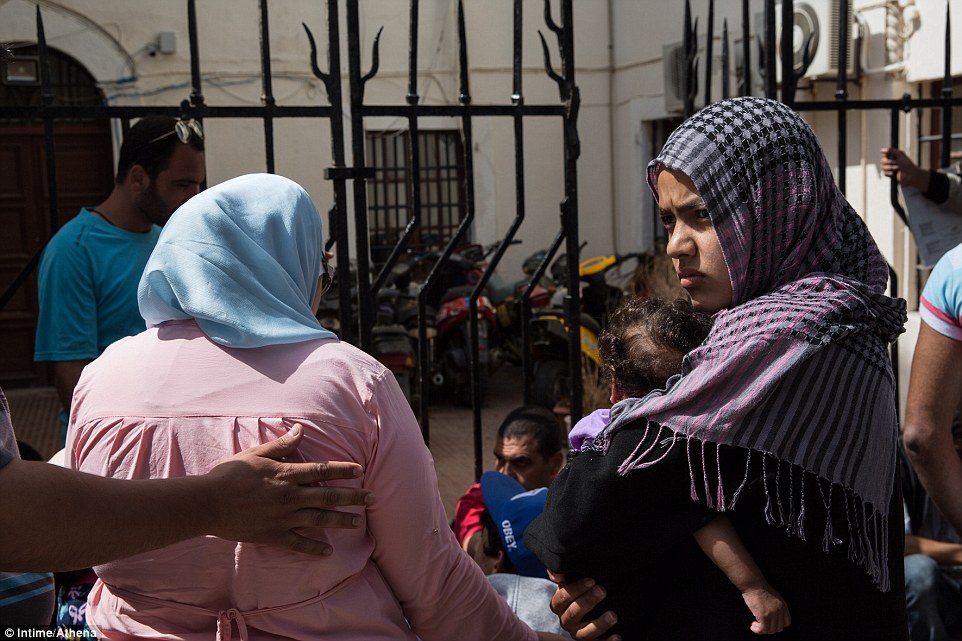 (Searching for hope: A migrant mother and her young child. Young Afghan mothers in head scarves, changing their babies and washing their children’s clothes in the sea, have been sharing the beachfront promenade with tourists.)

With this article, The Daily Mail managed to combine two key topics: the European summer and the mediterranean migrant crisis, sacrificing media ethics in the attempt. The import issue of the migrant crisis, relating to assimilation, the rise of right-wing marginalisation and context, was obfuscated by painting the issue as an impediment to summer travel plans.

Not to be outdone, The Sun followed with a story on how to plan a holiday in areas with an Islamic State presence. 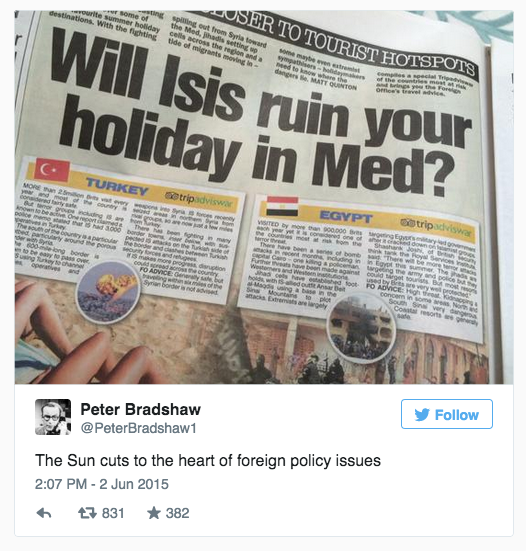 The article, headlined “Will ISIS ruin your Mediterranean Holiday?” advises readers where they should go for a “trouble-free trip.”

“ISLAMIC State terror is casting a storm cloud over some of Britain’s favourite summer holiday destinations,” the article states. The subhead reads “as jihadis get closer to tourist hotspots, the Sun tells you how to have a trouble-free trip.” “Syria, Iraq, Libya and most of Lebanon are no-go zones for Brits abroad,” it prudently continues.