Varoufakis as a superhero facing off German Chancellor Merkel

LONDON: Soon after the historic “no” vote in Greece, the country’s Finance Minister Yanis Varoufakis tendered his resignation. In a statement published on his personal blog on Monday, Varoufakis said he was stepping down so that Greek Prime Minister Alexis Tsipras could reach a deal with the country’s creditors. 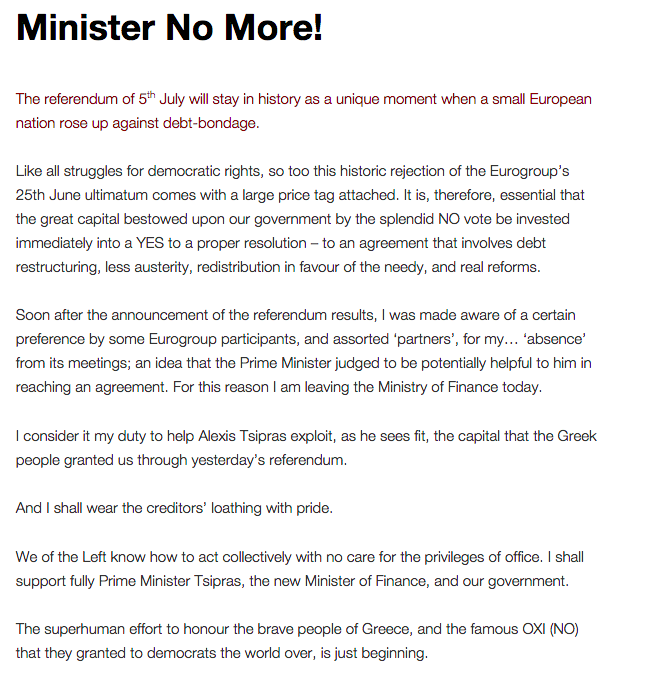 Varoufakis, however, has made quite the impression on the public. An insight into the former Minister’s witty personality is evident in the following quotes:

“A clueless political personnel, in denial of the systemic nature of the crisis, is pursuing policies akin to carpet-bombing the economy of proud European nations in order to save them” -- Varoufakis on Europe.

"Greece is absolutely, irreversibly, committed to staying in the eurozone… The problem is that once you're in, it goes just like the Eagle's song 'Hotel California' - you can check out any time you like, but you can never leave” -- Varoufakis on Greece’s relationship with the Eurozone.

“We are going to destroy the basis upon which they have built for decade after decade a system, a network that viciously sucks the energy and the economic power from everybody else in society.” -- Varoufakis on Greece’s political elite.

“I'd prefer to cut my arm off” -- Varoufakis on whether he would sign bailout proposals that didn't include a restructuring of Greece's debts.

“Europe in its infinite wisdom decided to deal with this bankruptcy by loading the largest loan in human history on the weakest of shoulders... What we've been having ever since is a kind of fiscal waterboarding that has turned this nation into a debt colony” -- Varoufakis on the Troika.

If those quotes aren’t enough of a reason to love Varoufakis, check out this bad ass photos.

This photo of Varoufakis briefing reporters whilst wearing a helmet: 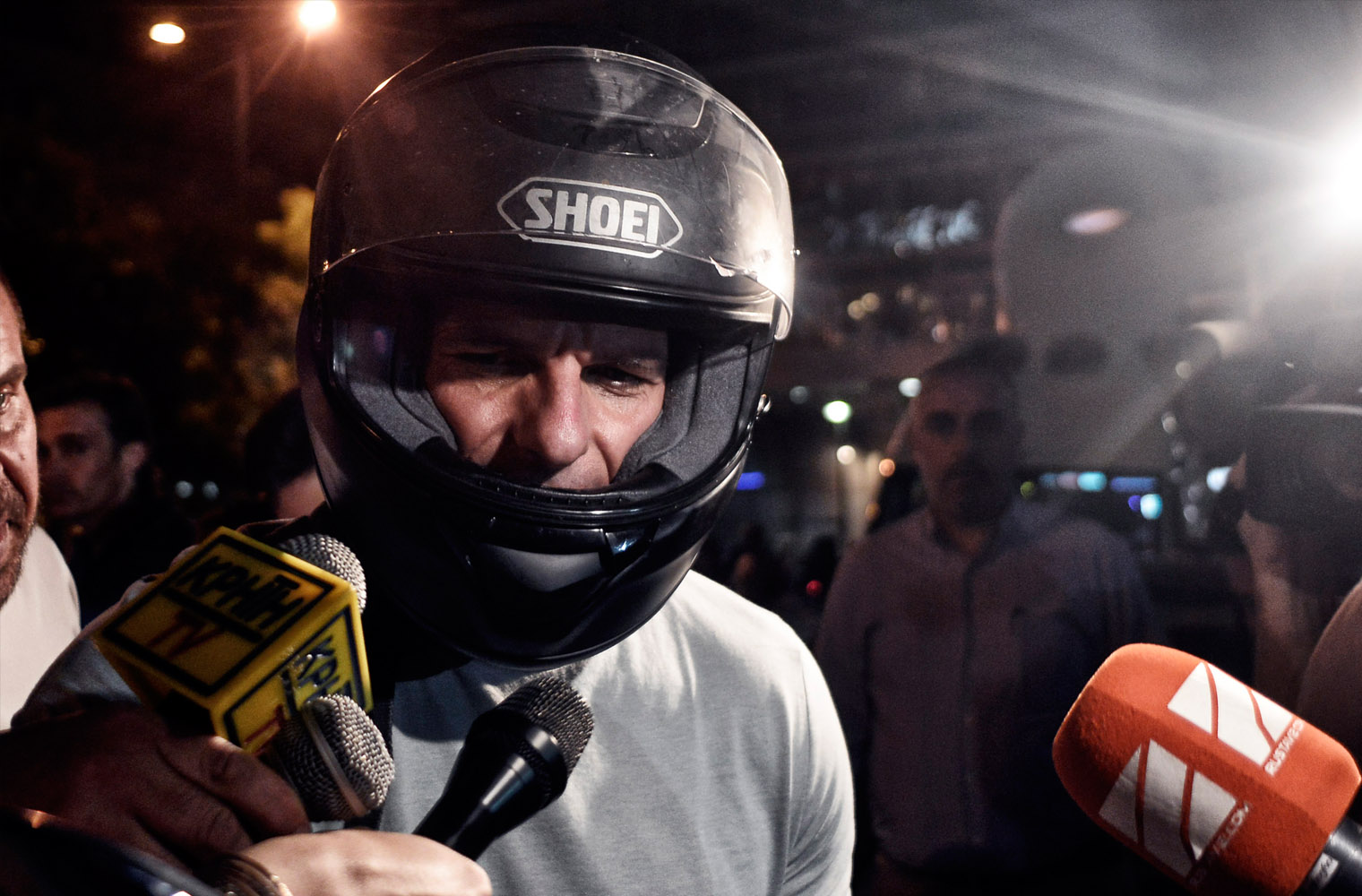 This photo of Varoufakis at Downing Street in a leather jacket: 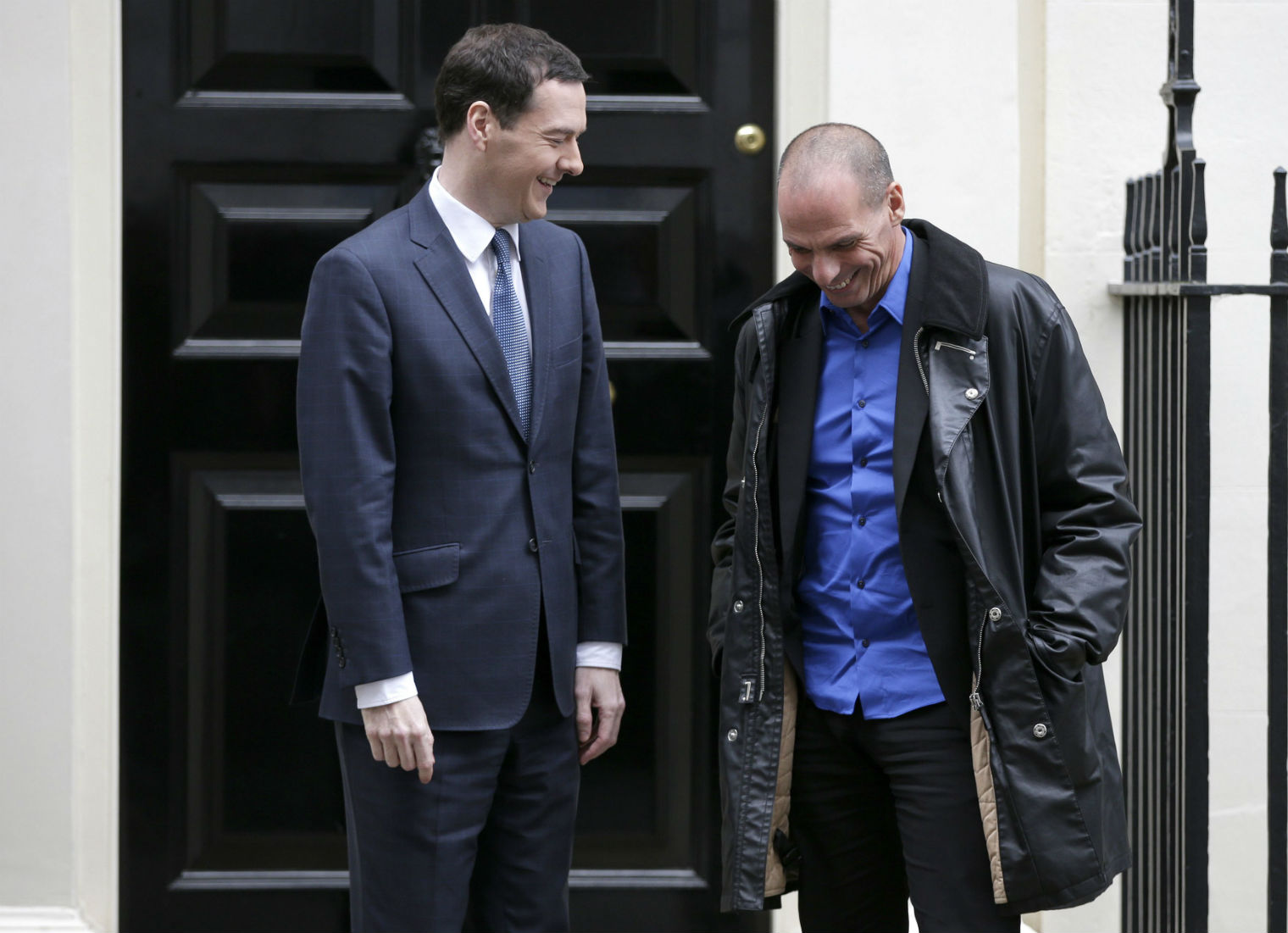 This photo of Varoufakis telling demonstrating tax officers (who are not pictures) to shushhh it: 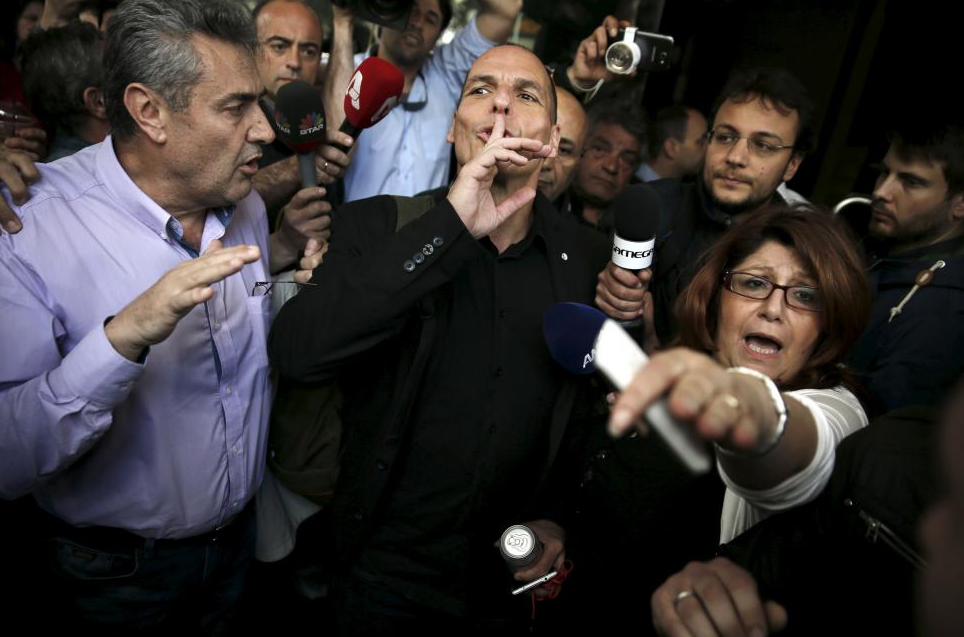 This photo of Varoufakis leaving on his motorbike after a meeting at the office of Prime Minister Alexis Tsipras in Maximos Mansion in Athens, Greece June 28, 2015. 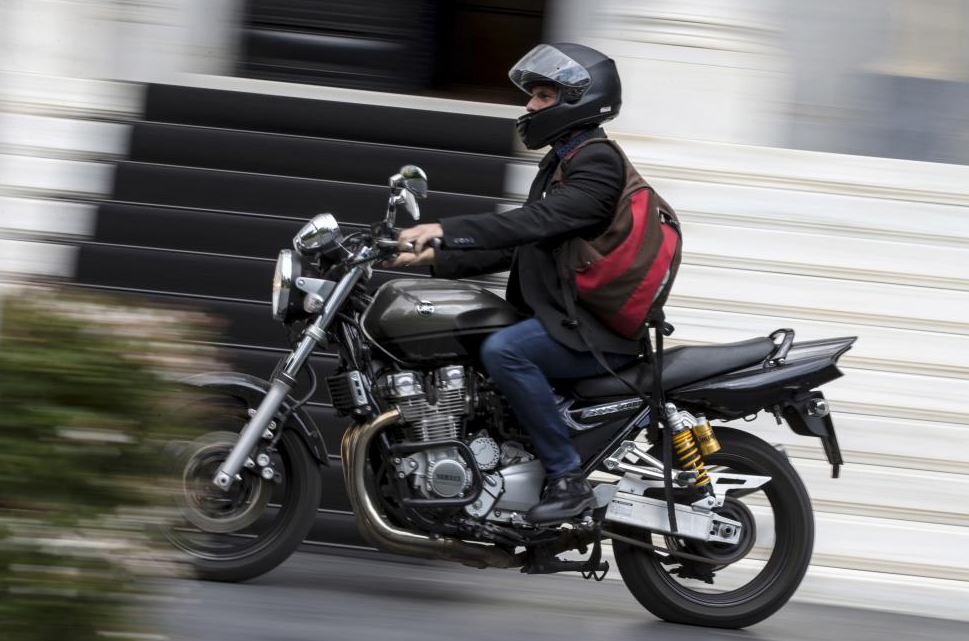