Check Out Israel's Attempts To Explain These Complicated World Issues

Israel's take on problems in the Middle East 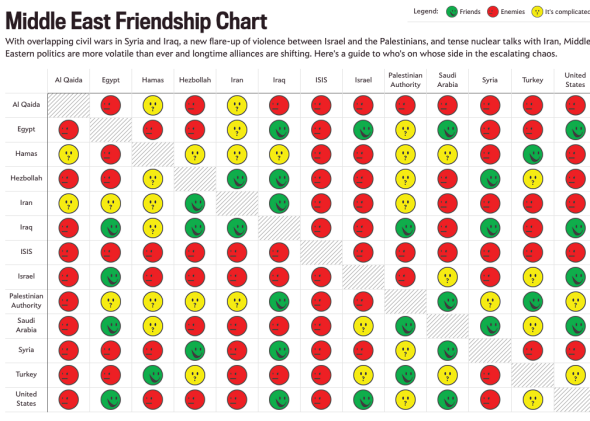 The chart could be made simpler by just replacing the red and green legends with the yellow “I am hella confused” one.

Because it’s all so complicated, you cannot blame Israel for trying to explain these two conflicts in, shall we say, simpler terms. You cannot blame the intention, after all, some of the most complicated issues have succinctly and profoundly captured in simple representations -- heck, political cartoons are based on this feat!

Israel, however, needs to hire a better political cartoonist. Here are some attempts by the country to explain its two major conflicts that will make you: 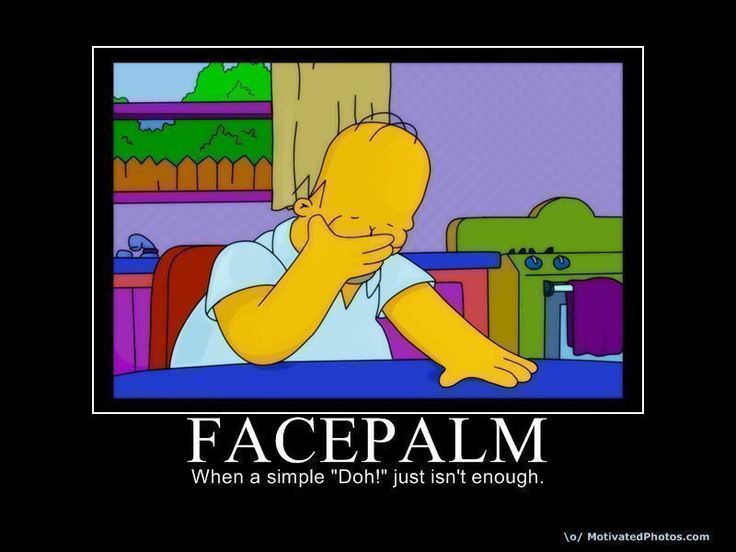 “Open your eyes… Terror rules Gaza” the video released by Israel’s Ministry of Foreign Affairs states. The video is clearly a criticism of western coverage of Gaza. The Foreign Press Association said it was “surprised and alarmed by the Israeli Foreign Ministry’s decision to produce a cartoon mocking the foreign media’s coverage” of the war.” “At a time when Israel has serious issues to deal with in Iran and Syria, it is disconcerting that the ministry would spend its time producing a 50-second video that attempts to ridicule journalists reporting on a conflict in which 2,100 Palestinians and 72 Israelis were killed,” it added.

“Save Gaza from Hamas” this video concludes, with the caption reading: “Come take a short animated tour of Gaza Heights, the most tranquil neighborhood in the Strip. This video tour by Really Reality Realtors also provides an exclusive look behind the scenes of "Underground Gaza," a lively network of tunnels that even reach Israeli town centers. Warning: By law, Really Reality Realtors is required to inform you before you purchase a house that you will probably become a human shield, whether you want to or not. We have warned you: when Hamas puts lethal rockets in your home and then exploits the bodies of your children for propaganda purposes, don't blame us. Blame Hamas!”

It’s not just videos, this cartoonist simplification has made it all the way to Israeli Prime Minister Netanyahu’s speeches. In an address to the UN General Assembly, Netanyahu explained Iran’s nuclear programme and connected it to how Iran could actually produce a bomb. Umm… 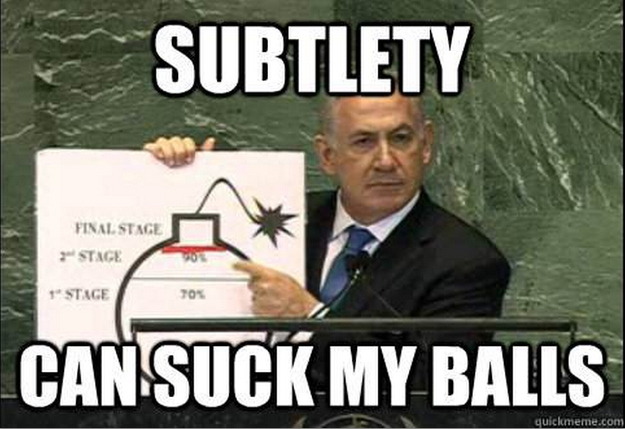 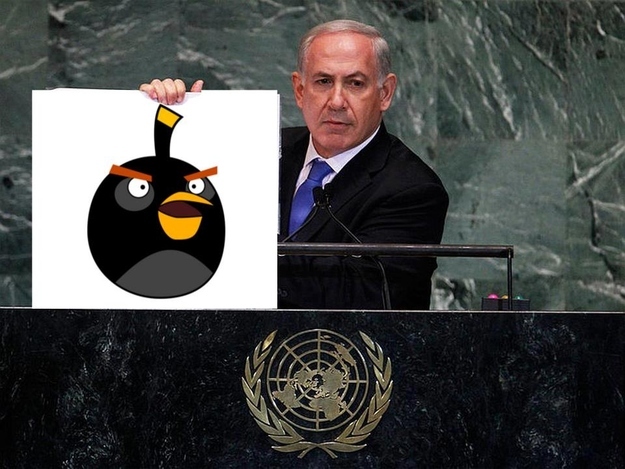 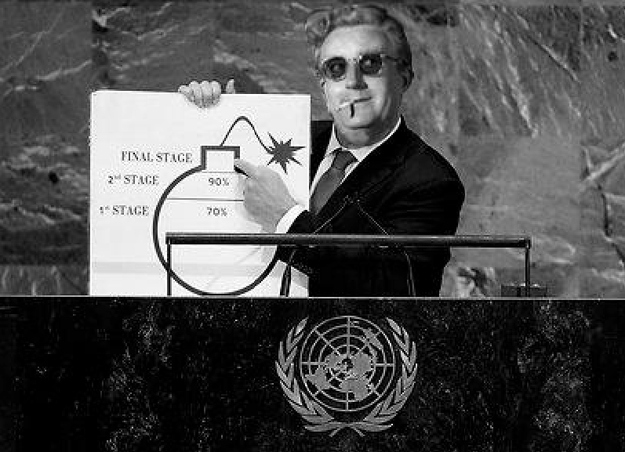 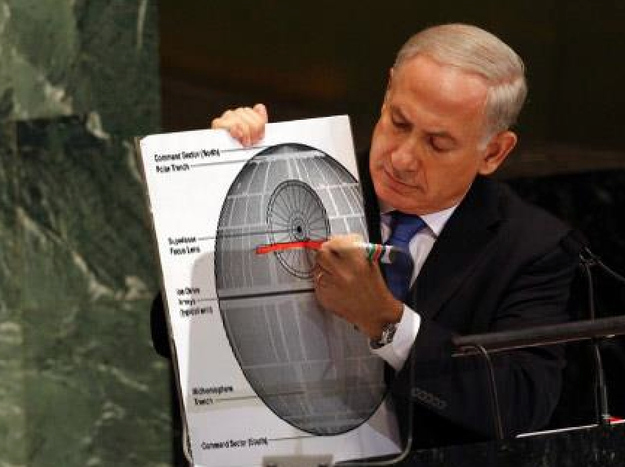