The Forgotten Secular And Feminist Fight In West Asia

NEW DELHI: The world, it seems, is preoccupied with the Islamic State. The militant group has established a self-proclaimed caliphate in parts of Syria and Iraq, and media headlines are dominated by the US-led coalition’s fight to recapture this territory. The Kurds find themselves at the centre of this narrative, with the battle for Kobani, home to a largely Kurdish population, becoming symbolic of the influence and power of the Islamic State. However, somewhere along this obsession fuelled narrative, a key part of the Kurdish fight against the militants has been forgotten.

Few have ever heard of Rojava, a de facto autonomous region in northern and northeastern Syria, that gained autonomy in November 2013. As the Islamic State is a self-professed quasi-state, so is Rojava, with the two not only battling for the same territory in Syria but also reflecting two competing models of governance in a country with the state’s authority has effectively collapsed.

The Islamic State is predicated on a perverse interpretation of the Sunni fold of Islam, based on the enforcement of Sharia. It is fundamentalist, extremist, intolerant and anti-women, defining nationhood on the basis of a narrowly interpreted religious identity. In contrast, Rojava highlights its multiethnic and multiconfessional diversity, including Muslims, Christians, and Yazidis.

There is another, perhaps most interesting, difference between the so-called Islamic State and Rojava. While the former is known for being anti-women, one of the key tenets in Rojava’s identity and governance, is that of gender equality. The political representation allows for a 40 percent quota for women’s participation in government, and another provision written into the constitution mandates that each municipality must elect Kurdish, Arab and Christian representatives, and one of the three must be a woman.

A key role in the defence of Rojava is played by the YJA STAR (Kurdish: Yekîneyên Jinên Azad ên Star), the women’s military wing of the PKK. The YJA, the linked YPG (People’s Protection Units) and the YPJ (Women’s Defense Forces), are at the forefront of the defence of Kurdish territory in Syria. It is also worth mentioning that these militias are not the same as the Iraqi peshmerga, although western media uses the term to encompass all Kurdish militias. 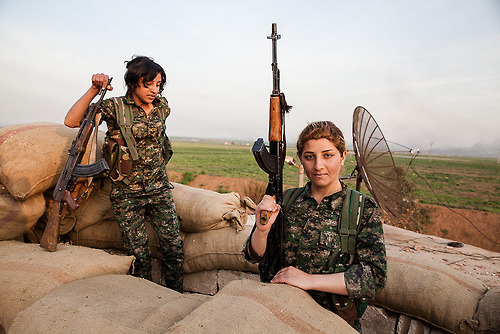 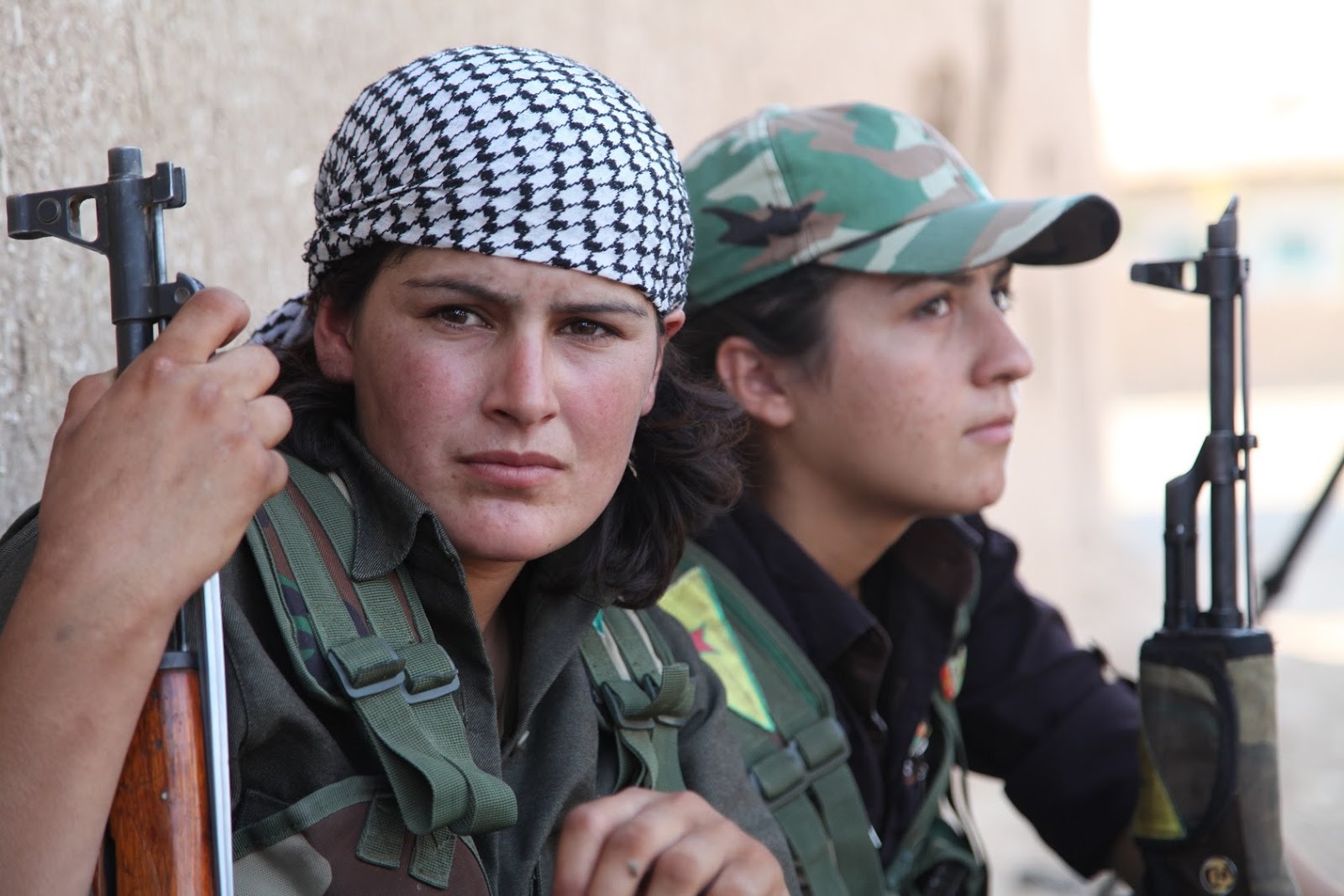 In recent months, the YPG and YPJ have seen major victories, the most important of which was the retake of Kobani. Other victories have included the strategic towns of Tel Hamis and Tel Tamr (on the edges of Cizîre canton).

There are two important points relating to the above. One, already alluded to, is the role of women in the fight against the Islamic State -- representing an interesting contrast given the Islamic State’s anti-woman stance. Women fighters said they did not only see the YPJ as a defence front, but that they also saw it as a source of freedom.

Destan, who is in the front line, explained that before she joined the ranks of the YPG two years ago: “my life was between four walls. I had no social or economic life.” 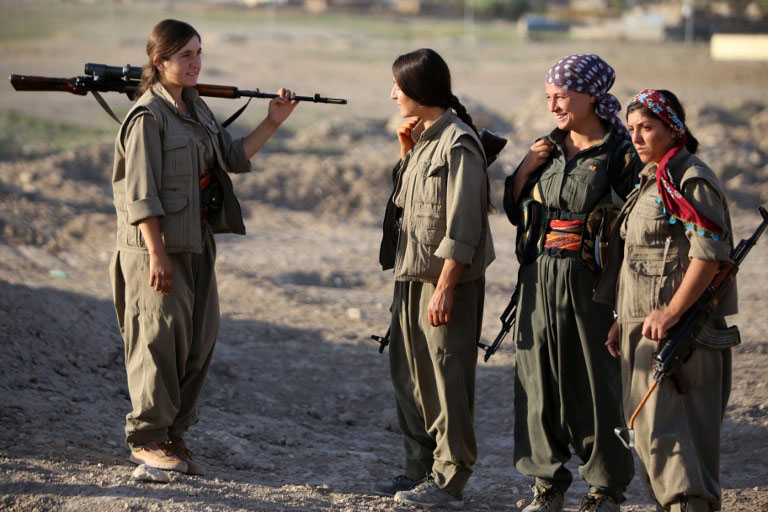 Radical changes after the revolution affected Destan and her cousin of the same age, and they decided to join the YPG. A few months later, with the formation of the YPJ, they joined its ranks.

Destan replied to our question as to what had changed after she had joined the YPG/YPJ, saying: “I never used to believe a woman could be the equal of a man before. For instance, in our family the man was always deemed the dominant one and I always considered that normal and legitimate. Here there is a genuine understanding of equality and freedom. I understood in the ranks of the YPJ that male domination was not a normal part of life but was, on the contrary, against the natural order. This created a great feeling of freedom in me.”

Destan is one of those who has been in the front line against ISIS attacks that have intensified since July last year. She explained the defence of the “?ehit Xabur tepesi” [Martyr Khabur hill], a significant event in the Kobanê resistance thus: “Our women comrades fought to the end to prevent their weapons falling into the hands of the ISIS gangs.”

Two more of her cousins, Shervan and Ruhat, have also died in clashes this year. She concluded: “Being in the YPJ is not just a matter of defending the land, but is also a love for freedom”.

Berfin has not been in the YPJ as long as Destan. She joined up after calls to mobilise were issued following the launch of the Kobanê resistance. As she is new, she has not yet been allowed to take part in fighting.

“I supported the YPJ and when the latest attacks began I knew I could not remain on the sidelines”, is how Berfin described how she joined the YPJ. 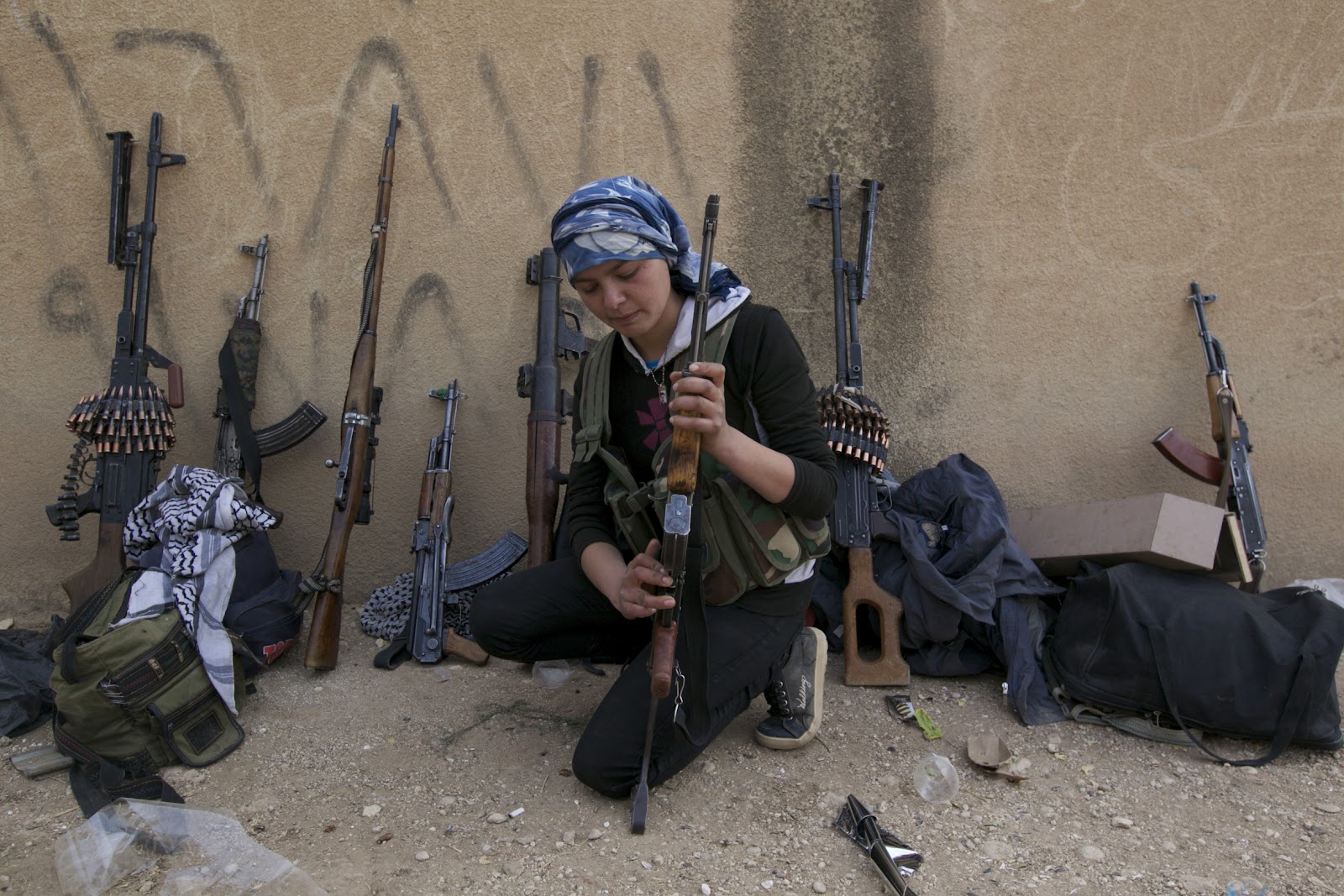 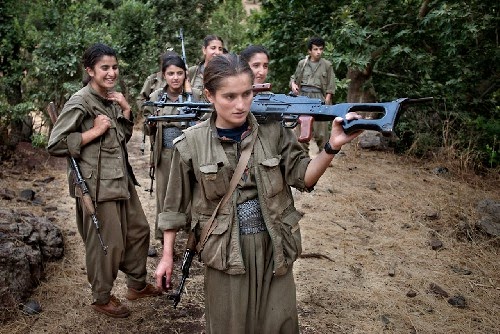 Berfin said: “before joining the YPJ we experienced serious assimilation. We were alienated from our language and our culture by the regime which imposed Arab culture. Here I have become acquainted with my own language and culture.”

“The YPJ has changed the perception that women are lacking and cannot do anything. I studied 7 years at school then they took me away. If it hadn’t been for the revolution, I would probably have got married and been a child mother.”

A woman fighter named Roza, who joined the ranks of the YPJ 6 months ago, sums up women’s resistance thus: “The most important gain of this conflict has been, in my opinion, the breaking of feudal value judgments. In the last month women have been fighting on the frontline. It may be said that women have inflicted the most crushing blows on the ISIS gangs. Many women have died after putting up heroic resistance. It is now up to us to carry on the struggle in the path of all those who have fallen, first and foremost the women.”

The second point worth noting relates to how these victories highlight a relatively new dynamic to conflicts in West Asia. Instead of states and national armies fighting each other -- a primary component of conflict in the region since the establishment of Israel in 1948 -- the region is now dominated by new types of actors, specifically that of quasi states with non-conventional militaries. In fact, in the fight against the Islamic State, these quasi state armies such as the YPJ and YPG, have seen the most success, with national militaries such as the Iraqi army seeing limited gains.

In conclusion, within the sectarian narrative pitting Sunni versus Shia identity, another smaller but extremely important facet of conflict in West Asia has been forgotten -- that of an intolerant, anti-woman, monolithic conception of an “Islamic” State versus Rojava’s secular, multiconfessional, gender-equal and multiethnic state.