NEW DELHI: Indian Prime Minister Narendra Modi is nearing the end of his two-day visit to the United Arab Emirates, and while the visit hasn’t yet culminated in the announcement of any major deals -- it is generating a lot of traction on social media with #ModiInDubai and #ModiInUAE trending on Twitter. The Indian Prime Minister even posted a customary selfie with regional leaders. 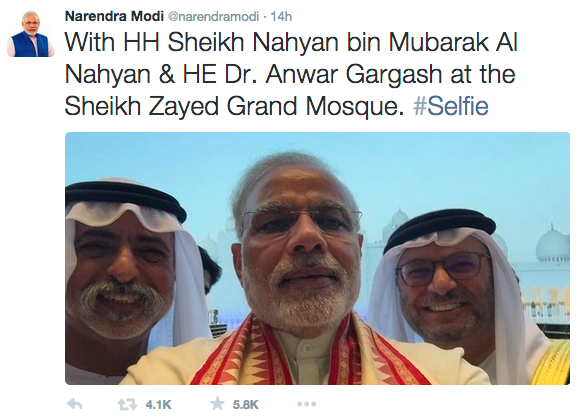 The PM’s official Twitter handle has been extremely active whilst in the UAE, with a spate of posts including some in Arabic. 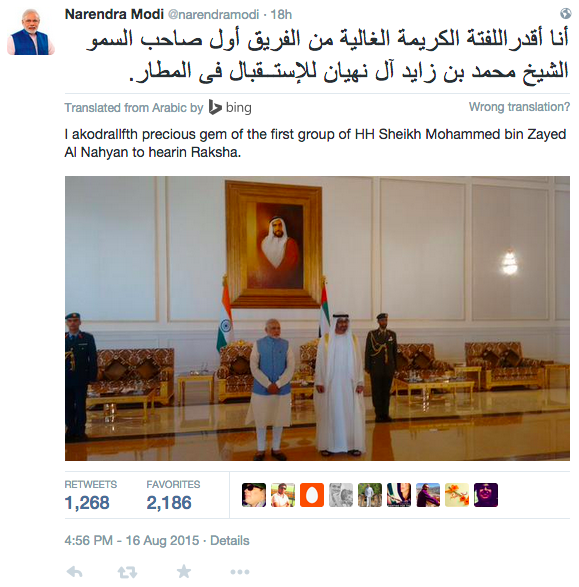 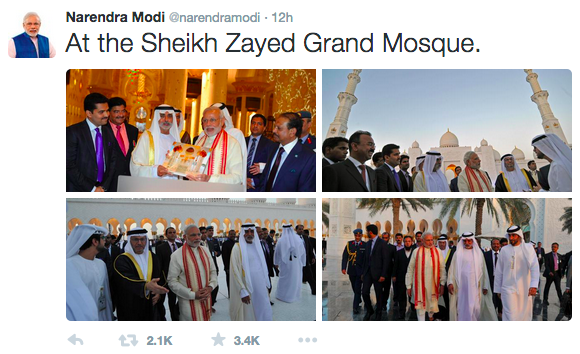 The excitement is palpable, and understandable -- given that the UAE has been India's tenth biggest investor in FDI in the last 15 years, with investments amounting to around $3.1bn. PM Modi’s visit, hence, is widely seen as an opportunity to tap the UAE for greater investment and promote India’s “Make in India” programme.

According to the Financial Times, PM Modi may have his sights set on the Abu Dhabi Investment Authority, the world's second-largest sovereign wealth fund -- which, despite a decline in oil prices, appears to be in good health. In its 2014 annual review, ADIA welcomed the change in leadership in Delhi, saying:

“New leadership in India has signalled a renewed commitment to reform and modernisation of the economy. Perhaps the most notable change in investor sentiment within the region over the past year has been an increasingly favourable view of India as a target for real estate investment. After several years of painful adjustments in the economy and amid high hopes for the new Prime Minister's reform agenda, India began to attract interest once again from global property investors.”

However, as the FT notes: “Best known to the general public for its high-profile real estate investments, the fund prefers to focus on equities in developed markets, less so on infrastructure and emerging market stocks. Over half of its assets are focused on North America and Europe alone.”

The visit, has thus far, failed to result in announcements that cater to the primary objective of investment in India.

Meanwhile, however, the UAE has announced that it is granting permission for the construction of a Hindu temple in Abu Dhabi. PM Modi welcomes this news:

At the time of writing, the Indian Prime Minister is readying to address 50,000 Indians -- mostly migrant workers -- at a stadium in Dubai. PM Modi will " convey that the safety, security and welfare conditions for Indian workers should not be ignored," a senior Indian government official told Reuters.

In conclusion, whilst PM Modi’s visit may not culminate in any major deal, does anyone even care? Some 2.6 million Indians live and work in the UAE, with the Indian embassy estimating that 60 percent of that number are blue collar workers. They comprise 30 percent of the total population of the Gulf state -- making them the largest expatriate community in the country.

PM Modi made sure to reach out to this important community: he met workers at a housing complex on Sunday and will be addressing a huge crowd of 50,000 later in the day.

Perhaps this is why the Tweeple are happy with the visit, with it trending on Twitter. 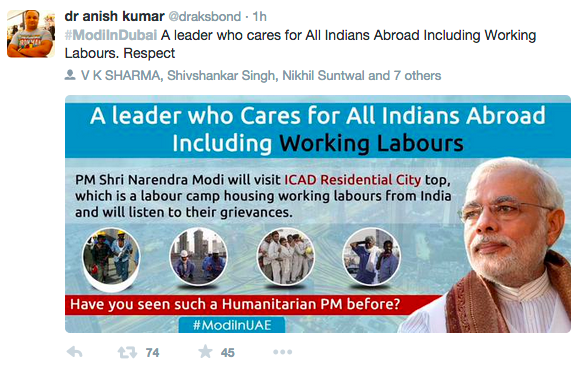 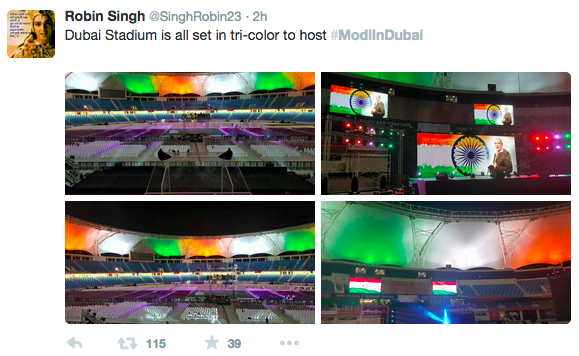