Indian schoolchildren at the People's Climate March in New Delhi

NEW DELHI: Ahead of the United Nations climate summit on Tuesday, thousands of people across 150 countries took to the streets to demand action on climate change. The biggest such march was in New York City, where over 400,000 people participated in what organisers are calling the largest climate march in history.

The summit, being attended by 120 world leaders, comes as a recent report revealed that the world has released more carbon dioxide into the atmosphere last year than ever before, with the United States, China and India leading the figures. The world spewed an estimated 39.8 billion tons (36.1 billion metric tons) of carbon dioxide into the air last year by burning coal, oil and gas, which is 778 million tons (706 metric tons) or 2.3 percent more than the previous year.

The study, published in journals Nature Geoscience and Nature Climate Change, forecasts that emissions will continue to increase, with the world warming by 1.1 degrees celsius (2 degrees fahrenheit) in a span of 30 years. In 2009, policy makers had set the 2 degree fahrenheit mark as a dangerous level and had pledged not to reach it.

India, saw the biggest increase in carbon emissions, according to the study, with emissions growing by 5.1 percent. China’s emissions grew by 4.2 percent and the US’ by 2.9 percent. India and China’s leaders have said that they will not attend the summit on Tuesday, with China and India together accounting for nearly a third of all global emissions.

Both India and China are heavy users of coal, and a recent visit by Chinese Premier Xi Jinping to India culminated in agreements that include cooperation on clean energy. However, both countries have resisted internationally imposed restrictions and have leveled pressure on the release of $100 billion promised to developing countries to help deal with the threat of climate change.

India’s northern Jammu and Kashmir state recently witnessed catastrophic floods that left hundreds dead and caused unprecedented damage, with an analysis by the Centre for Science and Environment (CSE) concluding that the floods are another example of extreme weather events being induced by a changing climate.

CSE had compiled a list of extreme weather events that have hit India in the last 10 years, which, in addition to this year’s J&K floods include the Mumbai floods in 2005, the Leh cloudburst in 2010, and the Uttarakhand floods in 2013.

Despite this reality, carbon emissions continue to increase, with India, as stated earlier, leading the list. Only two dozen of about 200 countries cut their carbon emissions last year, with Spain representing the biggest decrease.

Here a photographs from the People’s Climate Marches from across the world: 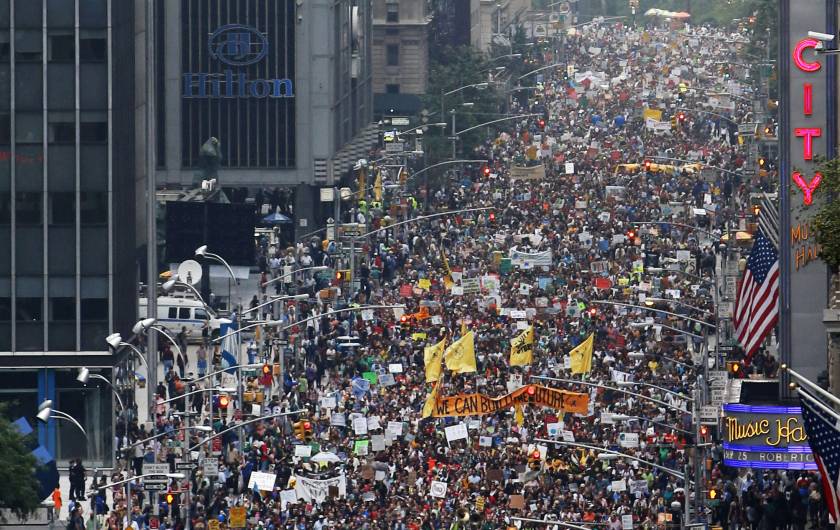 An estimated 40,000 people marched from Embankment to the Houses of Parliament. 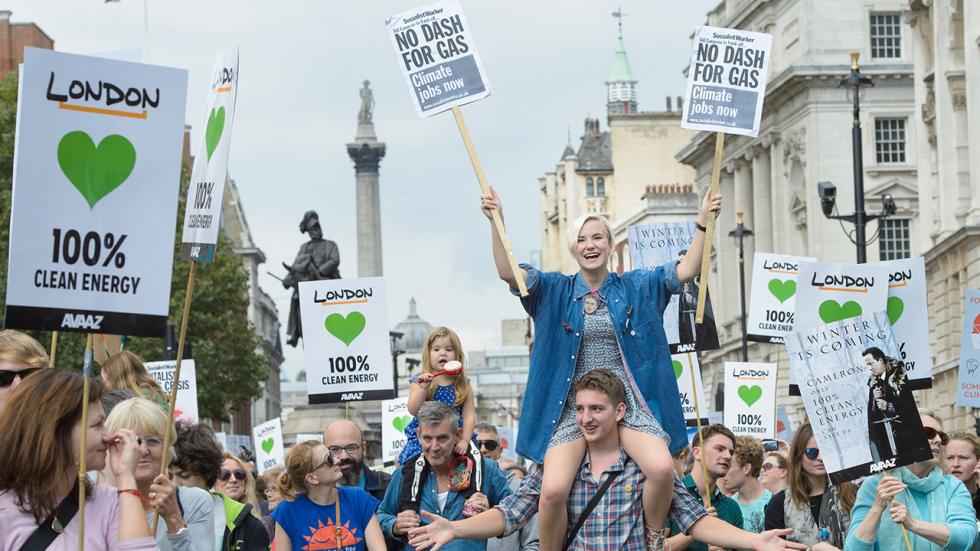 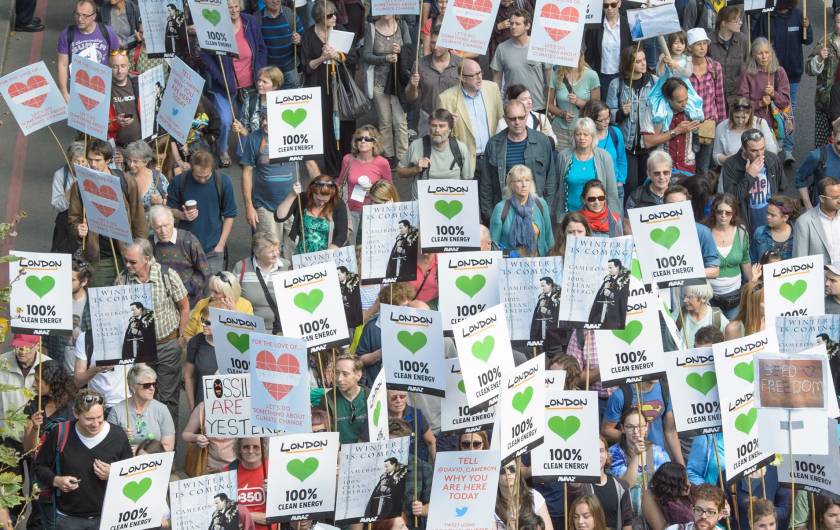 Rio de Janeiro: The Christ the Redeemer statue was lit up in green in Rio de Janeiro, Brazil, to symbolize the dangers of climate change. 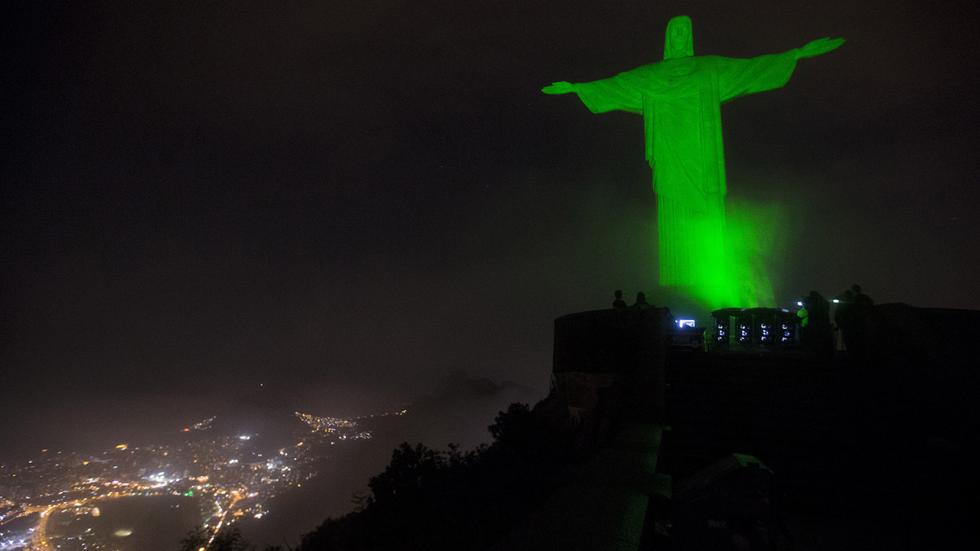 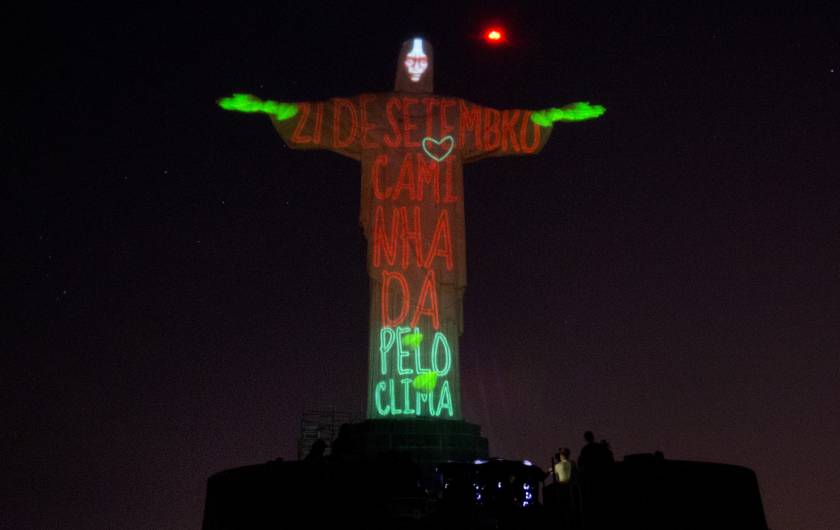 In Paris, activists said that the marches were meant to serve as a reminder for President François Hollande and his government of the huge responsibility they will shoulder when France hosts the Climate Conference in 2015. 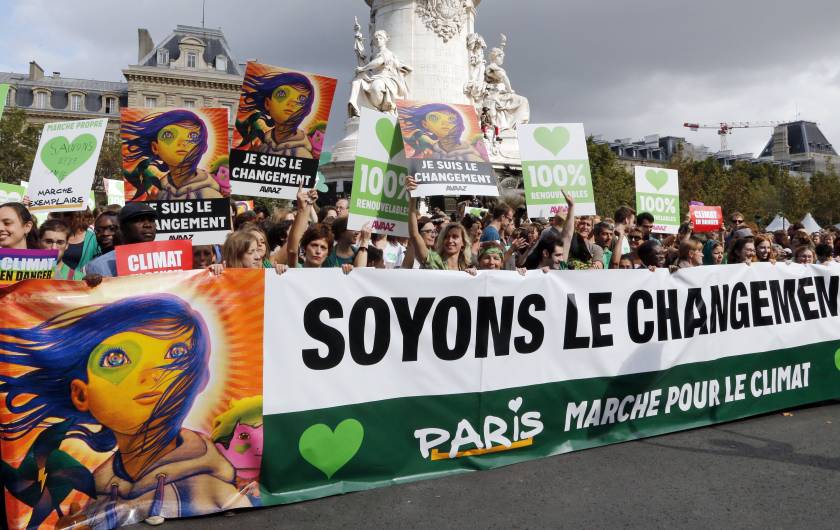 Brussels: More than a thousand people came out in Brussels, with a petition being handed to the secretary of the ministry of foreign affairs at the end of the march. 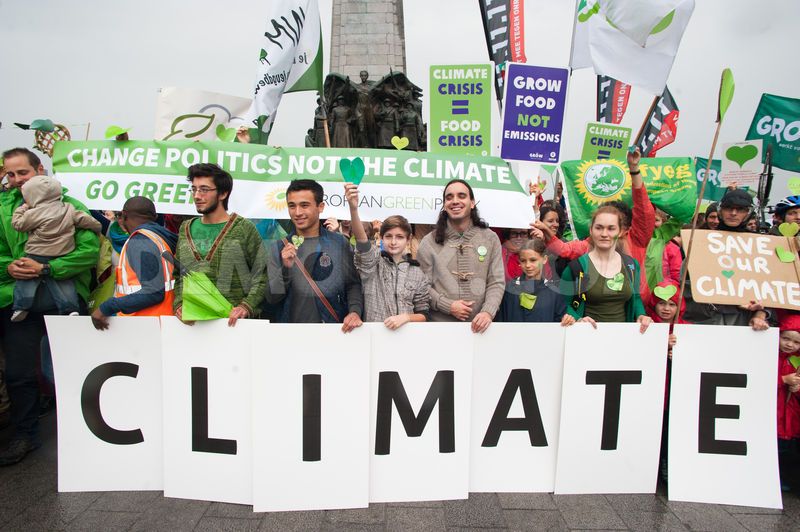 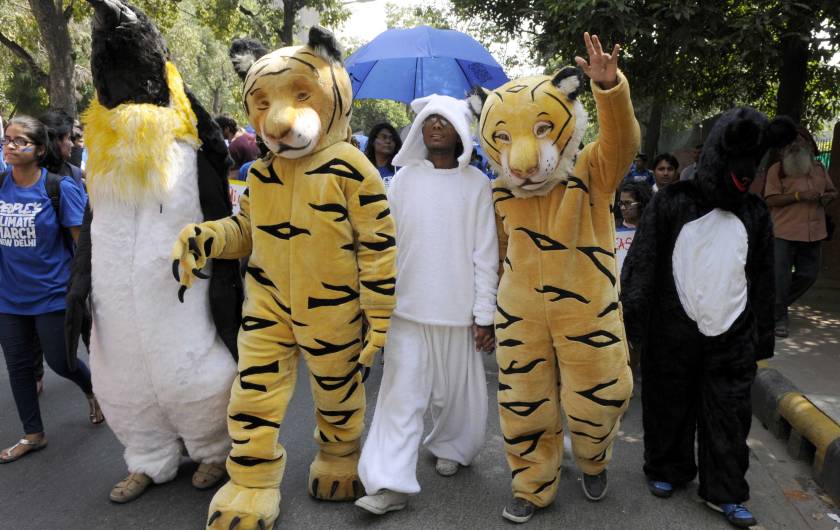