NEW DELHI: United States President Barack Obama arrived in Cuba, describing his visit as “historic” whilst speaking at the newly opened US embassy in Havana. Obama is the first sitting President to visit the island nation following the 1959 revolution, after which relations between the two countries turned hostile and the US levelled a number of sanctions and restrictions.

Obama is set to meet President Raul Castro, with trade and political reform forming the core part of the agenda. A meeting with retired revolutionary leader Fidel Castro is not on the cards.

The last US President to visit Cuba was Calvin Coolidge in 1928, a visit that Obama referred to when he said, “back in 1928, President [Calvin] Coolidge came on a battleship. It took him three days to get here, it only took me three hours. For the first time ever, Air Force One has landed in Cuba and this is our very first stop,” adding that “It is wonderful to be here.”

President Obama, accompanied by first lady Michelle Obama and their two daughters, Sasha and Malia, then toured the old city in Havana. This tour was meant to include interactions with ordinary Cubans on the streets, but a storm got in the way of the schedule. 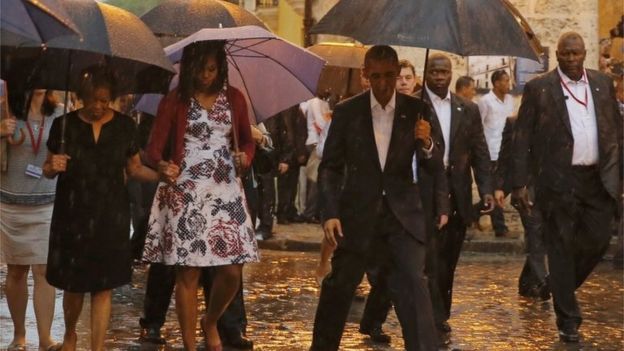 Welcome signs of Obama alongside Castro are visible all over the city, but not all Cubans are happy with the rapprochement of ties. Just hours prior to President Obama’s arrival, police broke up the regular march of a leading dissident group, the Ladies in White -- comprising wives of political prisoners -- detaining about 50 people. About 200 dissidents have been arrested in the last week. The Cuban government dismisses the dissidents as mercenaries seeking to destabilise the country. 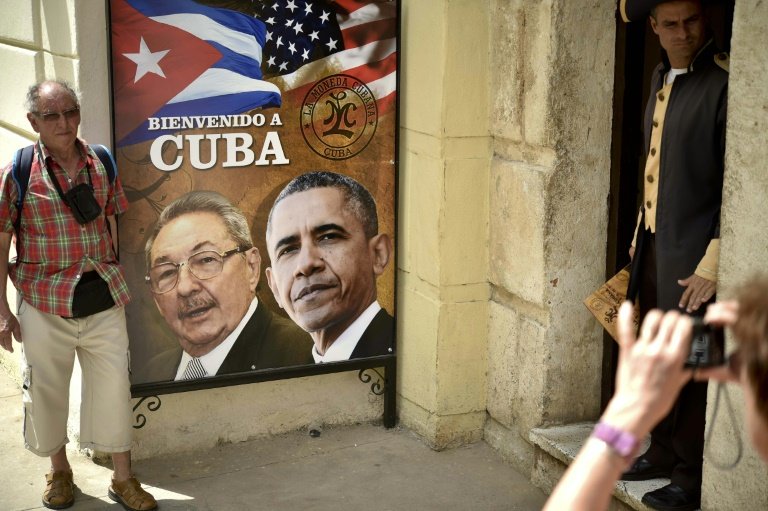 Although the rapprochement of ties between the two countries -- made possible by months of secret negotiations in 2014 -- are a historic development, challenges remain. Diplomatic ties have been resumed, commercial deals on telecommunications have been signed, travel from the US to Cuba is now possible, but major differences still remain. The most notable of these is the embargo imposed by the US on Cuba -- effectively cutting off Cuba from the world economy. Obama has asked Congress to rescind the embargo, but the Republicans have blocked any move to do so.

Another thorn in relations is Guantanamo Bay -- with Cuba protesting its continued occupation. Obama, however, has made clear that the Bay is not up for discussion. US support for anti-communist radio and dissident groups is also a point of objection.

The US on its part, remains critical of one-party rule and repression of political opponents.

In the US, Obama’s critics allege that the President is conceding too much for too little in return. However, Cuba -- along with the nuclear deal with Iran -- are the highlights of Obama’s foreign policy legacy, and his current trip to Cuba is indicative of a plan to make Cuba policy changes irreversible -- even if a Republican wins the upcoming Presidential elections.

Governments aside, the normalisation is seeing an impact in the marketplace. On the eve of Obama’s visit, a US hospitality company announced its first business deal in Cuba since the 1959 revolution. Airbnb expanded operations to Cuba, allowing travellers from around the world to book stays in the historically important island.