NEW DELHI: The top story today is that several Indians -- including Amitabh Bachchan, Aishwarya Rai, Sameer Gehlaut, KP Singh, and over 500 others -- have offshore entities in tax havens around the world. The Panama Papers, as they are being called, refer to a leak involving a Panama-based law firm called Mossack Fonseca, the services of which include incorporating companies in offshore jurisdictions. The firm administers offshore interests for a yearly fee, and operates in 42 countries including tax havens such as Switzerland, Cyprus and the British Virgin Islands.

World leaders who have embraced anti-corruption platforms feature in the leaked documents. The files reveal offshore companies linked to the family of China’s top leader, Xi Jinping, who has vowed to fight “armies of corruption,” as well as Ukrainian President Petro Poroshenko, who has positioned himself as a reformer in a country shaken by corruption scandals. The files also contain new details of offshore dealings by the late father of British Prime Minister David Cameron, a leader in the push for tax-haven reform.

The records reveal a pattern of covert maneuvers by banks, companies and people tied to Russian leader Vladimir Putin. The records show offshore companies linked to this network moving money in transactions as large as $200 million at a time. Putin associates disguised payments, backdated documents and gained hidden influence within the country’s media and automotive industries, the leaked files show.

The world’s best soccer player, Lionel Messi, is also found in the documents. The records show Messi and his father were owners of a Panama company: Mega Star Enterprises Inc. This adds a new name to the list of shell companies known to be linked to Messi. His offshore dealings are currently the target of a tax evasion case in Spain.

The leak is the biggest leak in history, involving 11.5m documents and 2.6 terabytes of information drawn from Mossack Fonseca’s internal database. This is larger than the US diplomatic cables released by WikiLeaks in 2010, and the secret intelligence documents given to journalists by Edward Snowden in 2013. 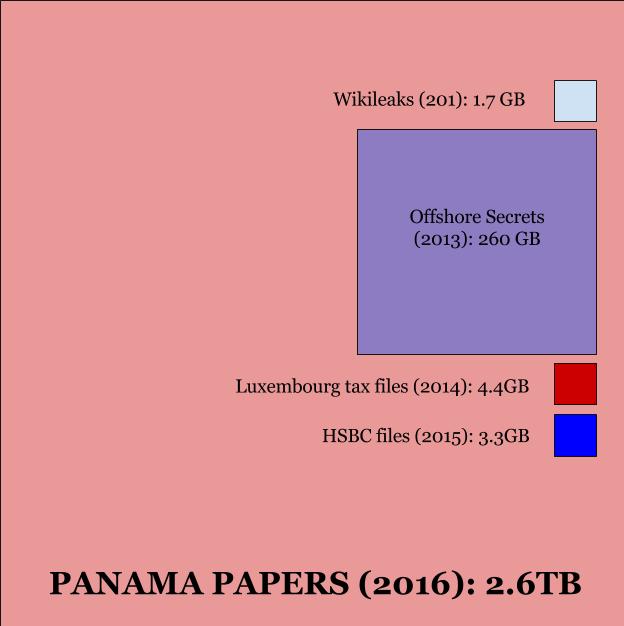 (The Citizen graphic, based on information in The Guardian)

The leaked papers were procured by the German newspaper Süddeutsche Zeitung and shared by the International Consortium of Investigative Journalists with media around the world. Journalists from more than 80 countries have been reviewing 11.5m files leaked from the firm.

According to The The International Consortium of Investigative Journalists, the leak also provides details of the hidden financial dealings of 128 more politicians and public officials around the world. The cache of 11.5 million records shows how a global industry of law firms and big banks sells financial secrecy to politicians, fraudsters and drug traffickers as well as billionaires, celebrities and sports stars.

The files expose offshore companies controlled by the prime ministers of Iceland and Pakistan, the king of Saudi Arabia and the children of the president of Azerbaijan.

They also include at least 33 people and companies blacklisted by the U.S. government because of evidence that they’d been involved in wrongdoing, such as doing business with Mexican drug lords, terrorist organizations like Hezbollah or rogue nations like North Korea and Iran.

One of those companies supplied fuel for the aircraft that the Syrian government used to bomb and kill thousands of its own citizens, U.S. authorities have charged.

“These findings show how deeply ingrained harmful practices and criminality are in the offshore world,” said Gabriel Zucman, an economist at the University of California, Berkeley and author of “The Hidden Wealth of Nations: The Scourge of Tax Havens.” Zucman, who was briefed on the media partners’ investigation, said the release of the leaked documents should prompt governments to seek “concrete sanctions” against jurisdictions and institutions that peddle offshore secrecy.

The leaked data covers nearly 40 years, from 1977 through the end of 2015. It allows a never-before-seen view inside the offshore world — providing a day-to-day, decade-by-decade look at how dark money flows through the global financial system, breeding crime and stripping national treasuries of tax revenues.

The documents make it clear that major banks are big drivers behind the creation of hard-to-trace companies in the British Virgin Islands, Panama and other offshore havens. The files list nearly 15,600 paper companies that banks set up for clients who want keep their finances under wraps, including thousands created by international giants UBS and HSBC.

The files include a convicted money launderer who claimed he’d arranged a $50,000 illegal campaign contribution used to pay the Watergate burglars, 29 billionaires featured in Forbes Magazine’s list of the world’s 500 richest people and movie star Jackie Chan, who has at least six companies managed through the law firm.

The Mossack Fonseca documents indicate, however, that the firm’s customers have included Ponzi schemers, drug kingpins, tax evaders and at least one jailed sex offender. A U.S. businessman convicted of traveling to Russia to have sex with underage orphans signed papers for an offshore company while he was serving his prison sentence in New Jersey, the records show.

The leaked documents reveal that the law firm of Juan Pedro Damiani, a member of FIFA’s ethics committee, had business relationships with three men who have been indicted in the FIFA scandal — former FIFA vice president Eugenio Figueredo and Hugo and Mariano Jinkis, the father-son team accused of paying bribes to win broadcast rights to Latin American soccer events. The records show that Damiani’s law firm in Uruguay represented an offshore company linked to the Jinkises and seven companies linked to Figueredo. 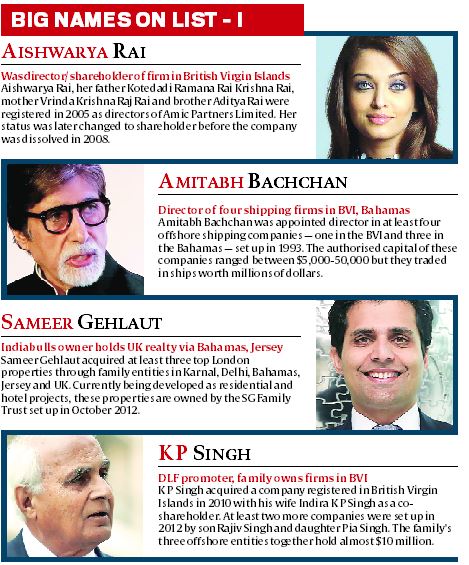 According to The Indian Express -- their team having spent eight months verifying the documents -- the leak “reveals details of hitherto unknown deals, in some cases involving the government, too.”

“These include cricket franchise deals and, in several cases, linkages to those who have previously been under CBI or Income Tax scrutiny.”

So are all the people named in the panama leak papers criminals? Not necessarily. In some countries, using offshore structures is entirely legal.

In India, however, as per Reserve Bank of India rules, no Indian citizen could float an overseas entity before 2003. In 2004, this was amended to allow individuals to remit funds upto $25,000 a year under the Liberalised Remittance Scheme. This limit is currently $250,000 a year now. And whilst the RBI now allows individuals to buy shares under LRS, it does now allow them to set up companies abroad -- having specifically said so in an FAQ published September 2010.

Therefore, most of the Indians mentioned in the Panama Papers leak are flouting the law. Further, in most cases, the companies specified were set up prior to the rules being changed. “Indeed, records investigated reveal detailed correspondence between Indian tax authorities and those in British Virgin Islands, Seychelles, Panama or other tax havens seeking shareholder, bank account and asset details of offshore companies set up by Mossack Fonseca for Indians,” the Indian Express notes.

It is also pertinent to note that the leak comes as the Special Investigating Team (SIT) on black money that is headed by former Supreme Court Judge M B Shah is finalising its new action-taken report.

On its part, Mossack Fonseca denies any wrongdoing. It told customers not to worry, saying its commitment to its clients’ privacy “has always been paramount, and in this regard your confidential information is stored in our state-of-the-art data center, and any communication within our global network is handled through an encryption algorithm that complies with the highest world-class standards.”