NEW DELHI: Clashes between riot police and what are being called “pro-democracy” protesters that have gathered in Hong Kong’s Financial District, left 41 people injured on Sunday.

On Monday, the Hong Kong government said that it was pulling back riot police after tear gas, pepper spray and batons were used on Sunday to disperse thousands of protesters who had jammed roads in Hong Kong’s Central Business District as part of the ‘Occupy Central Movement.”

“Because the residents who have assembled on the roadways have largely returned to calm, the riot police have already withdrawn,” said an unidentified spokesperson for the government, who “urged the assembled residents to maintain calm and to peacefully disperse.”

Although the protests and sit-ins had shrunk by Monday, thousands of protesters still remained on the streets, wearing surgical masks in anticipation of the use of tear gas or pepper spray, as riot police, although withdrawn, remained on stand by.

The protesters main demand is fully democratic elections for the chief executive in 2017. Hong Kong, a former British colony was returned to China in 1997, with the promise of universal suffrage by 2017. However, the Chinese government only allows candidates vetted by a Beijing-friendly committee to run, and there seem to be no plans in place to change that status quo.

The images from the protests this weekend reflect the mood for change in Hong Kong.

In this image, tens of thousands of protesters shut down traffic on Sunday. Source: Business Insider 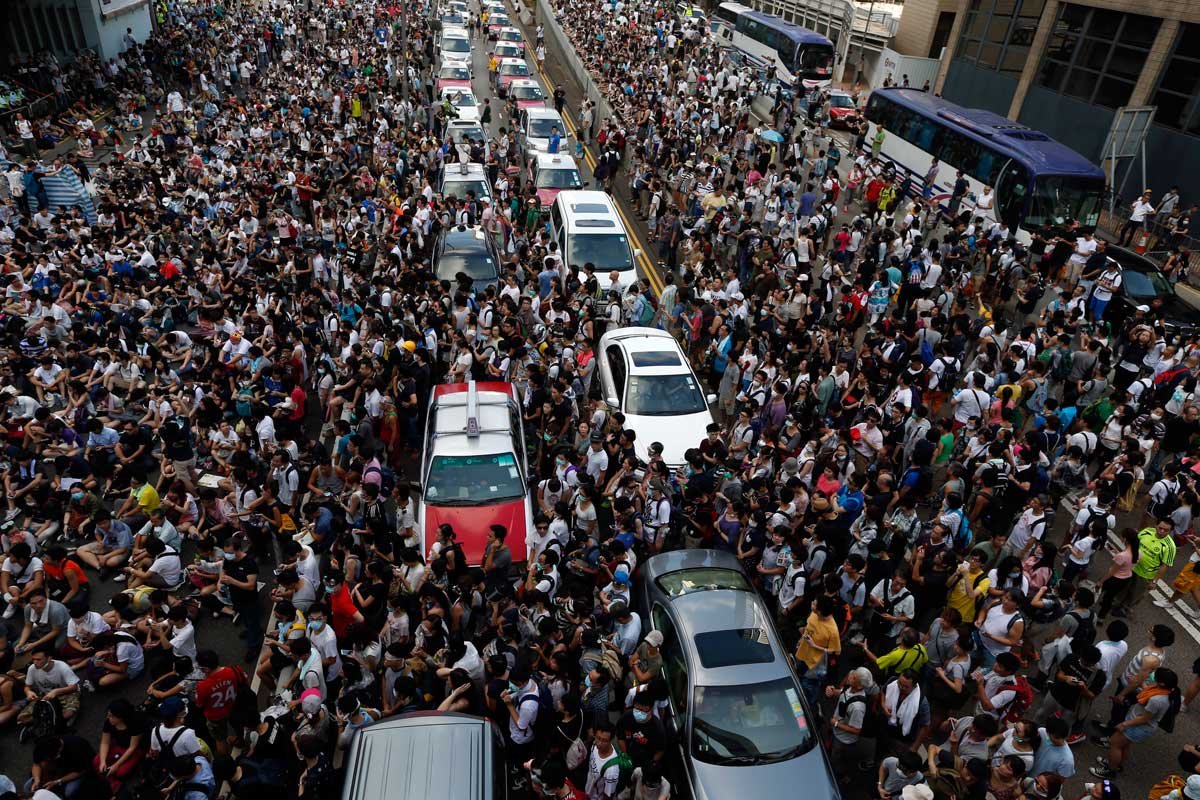 Riot police use tear gas against a protester. Source: The Times 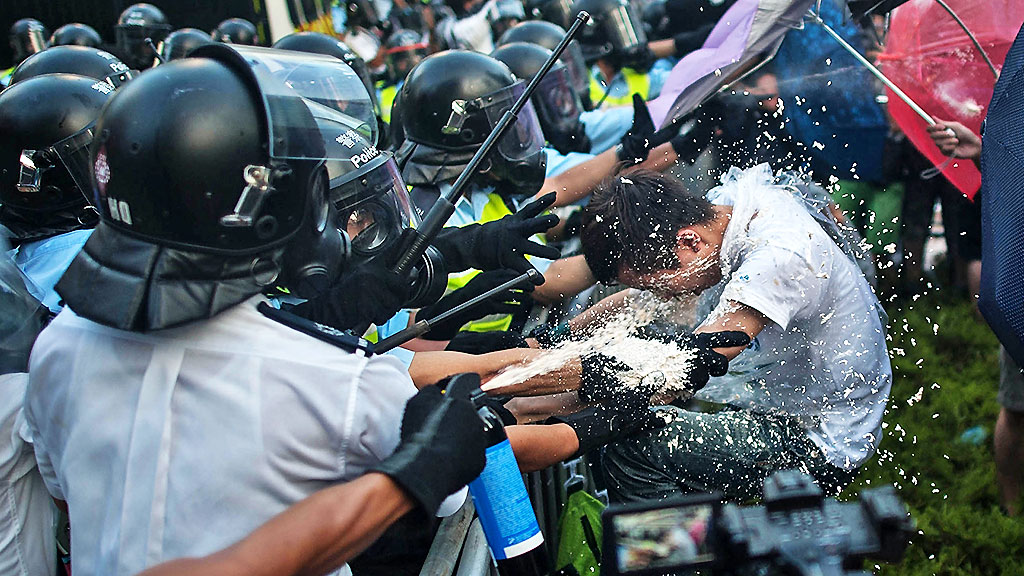 Demonstrators wear masks in anticipation of the use of tear gas or pepper spray. Source: Business Insider 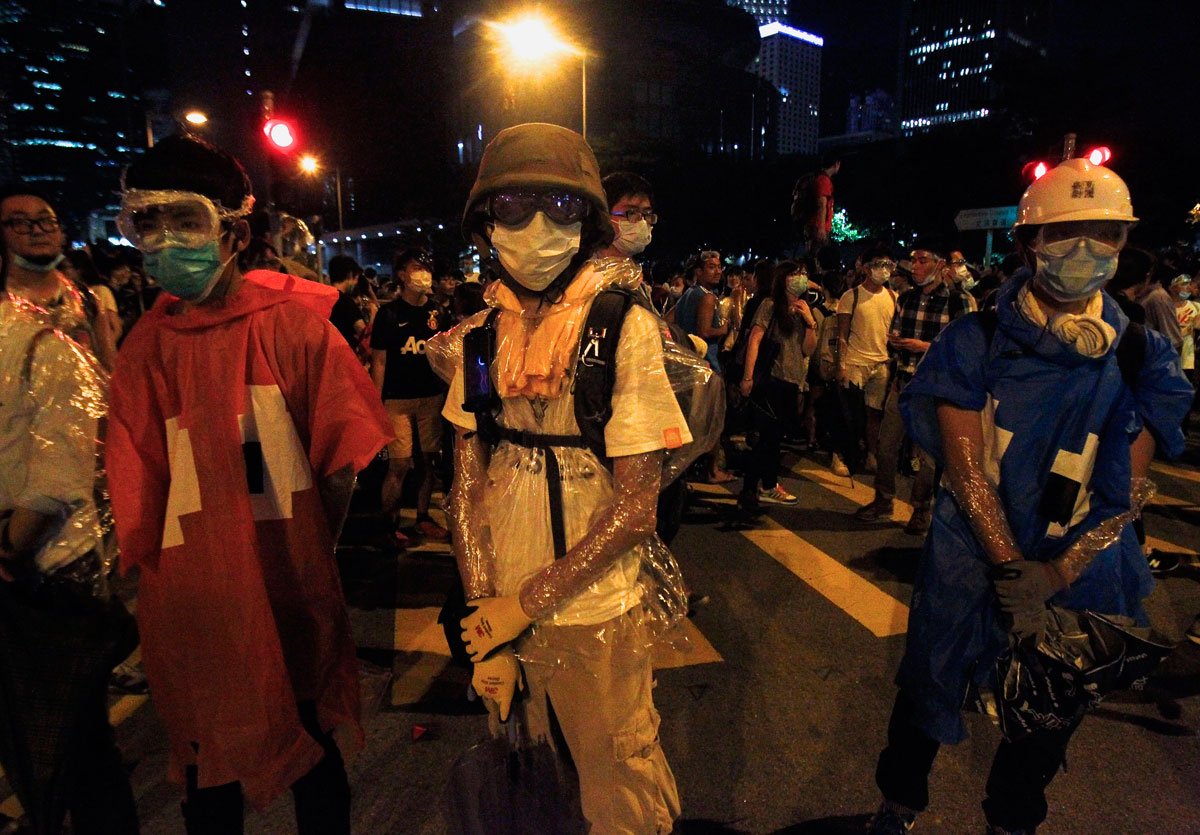 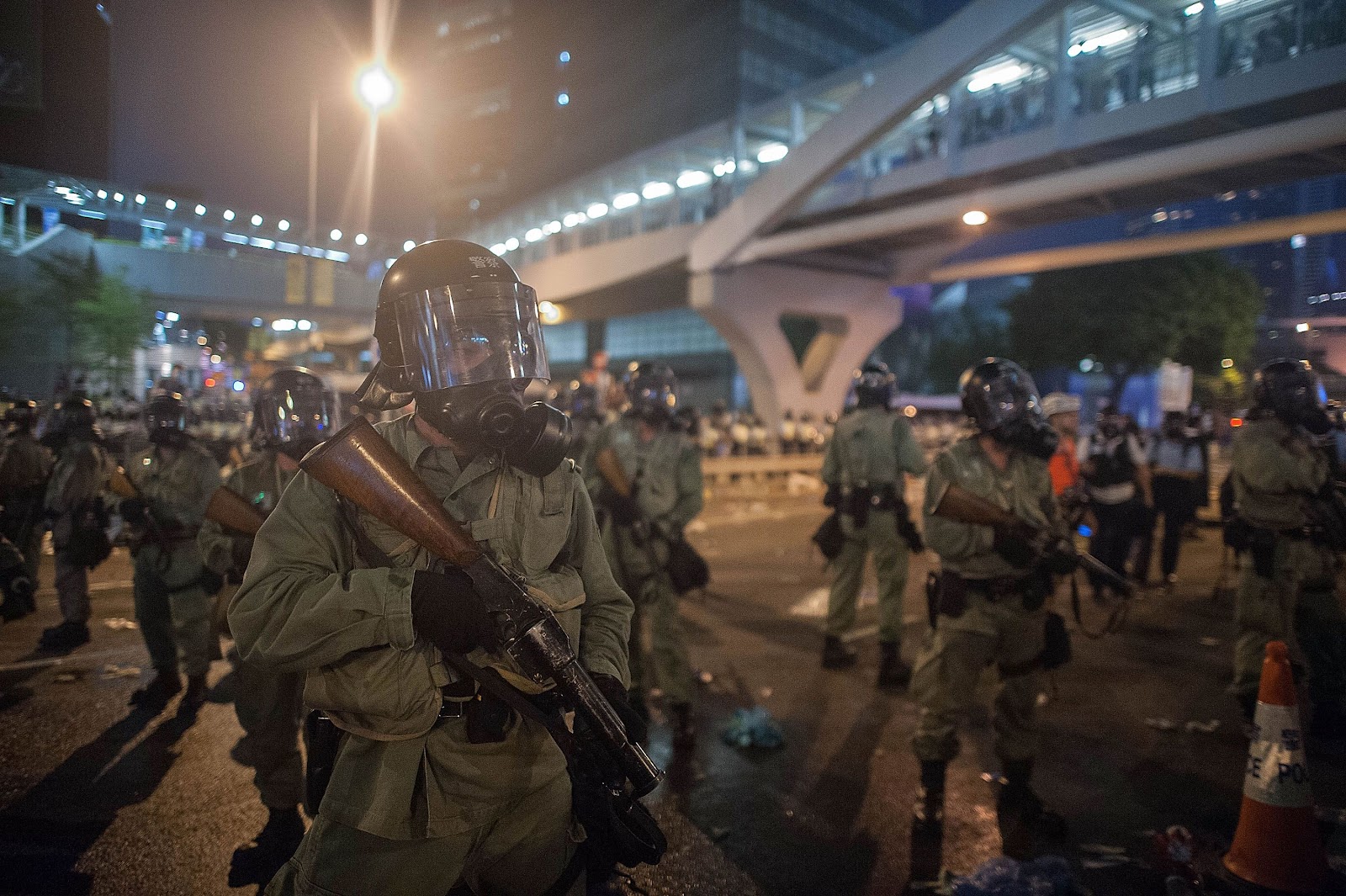 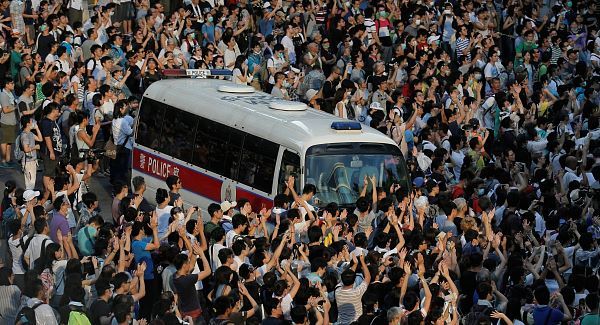 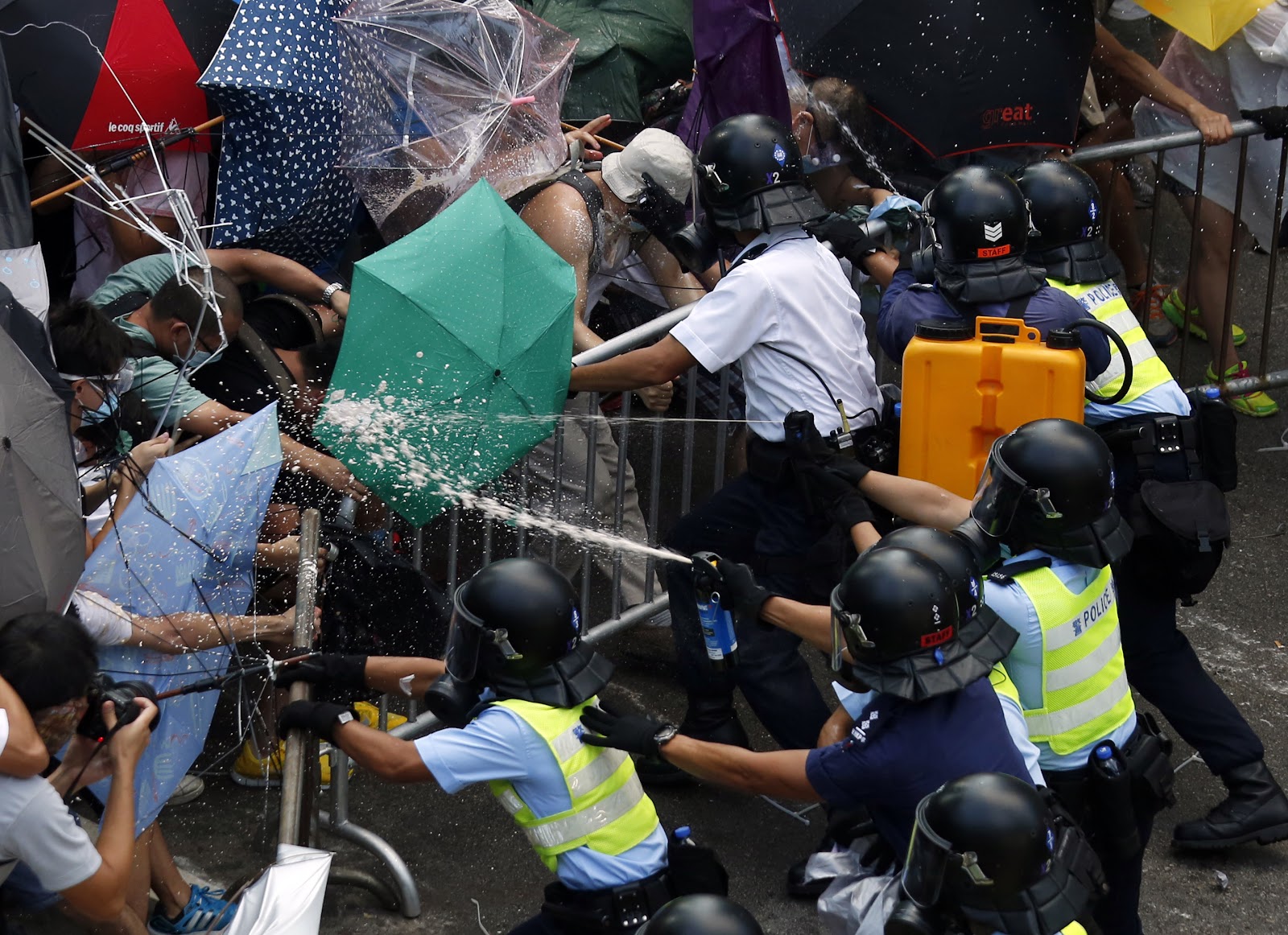 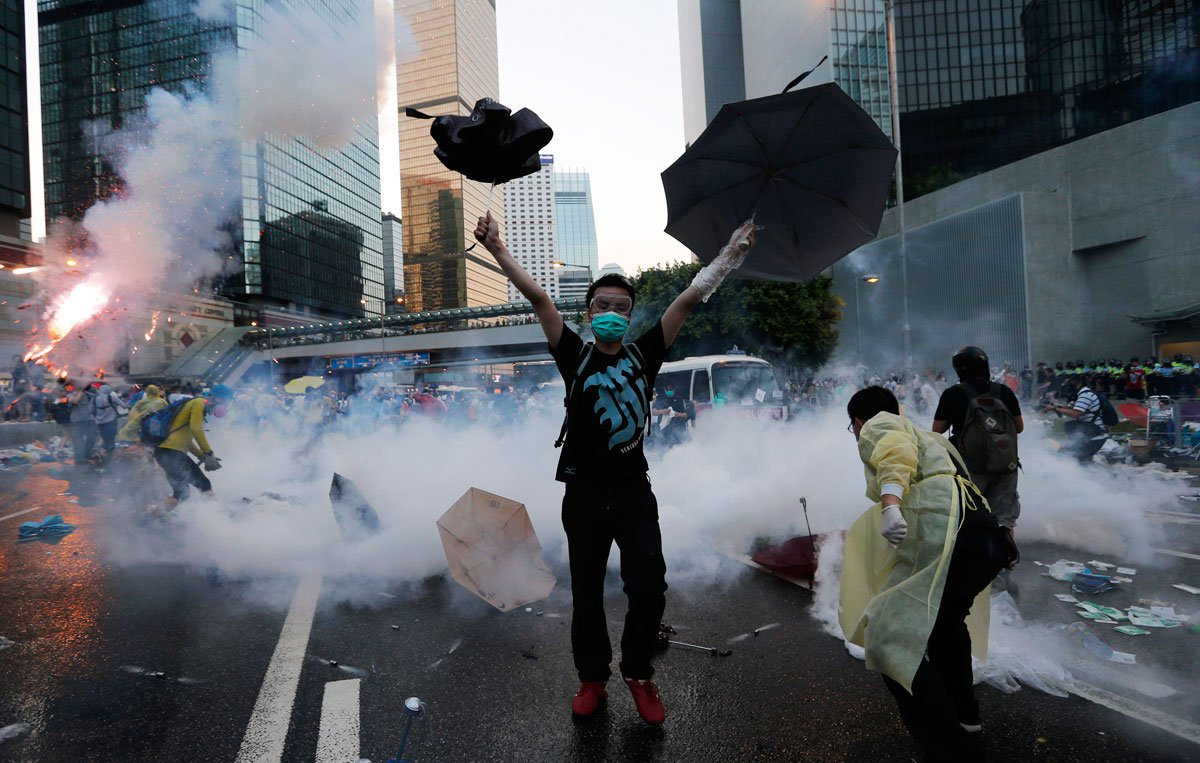 (The Citizen does not own the copyright to any of these images).