NEW DELHI: A teenage Afghan refugee armed with an axe and knife injured four people on a train in southern Germany before being shot dead by police. Officials say that three people were seriously hurt and one suffered minor injuries in the attack in Wurzburg.

The motive of the attack is not yet clear. Reports from the scene suggest that the attacker was heard shouting an “exclamation.” Some witnesses quoted by German media said they had heard him shout "Allahu akbar" ("God Is Great") during the attack. This has not been officially confirmed, with authorities saying they are looking into the claim.

Bavarian Interior Minister Joachim Herrmann said the attacker was a 17-year-old Afghan refugee who had been living in the nearby town of Ochsenfurt. Speaking to public broadcaster ARD, Hermann said that the attacker had travelled to Germany as an unaccompanied minor.

It is worth reiterating that a man reportedly shouting "Allahu akbar" killed one person and wounded three others in a knife attack at a railway station near the German city of Munich in May. He was apprehended and sent to a psychiatric facility, after no links to Islamic extremist groups could be established.

Nevertheless, there is fear amongst Germans of extremist terror attacks, as violence claimed by the Islamic State plays out across the borders in France and Belgium. For more information on the rise of the far-right, anti-Islam, anti-refugee movements in Germany, please see. 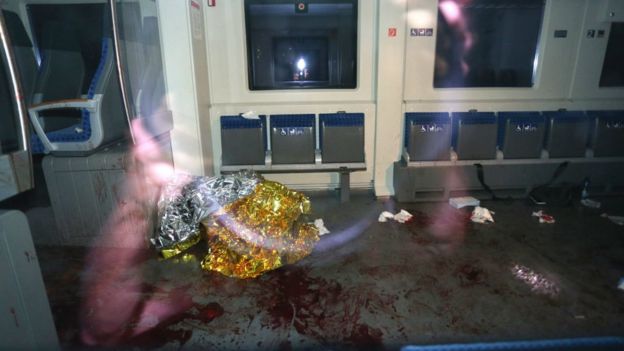 The issue of migrants into Germany has become a political flashpoint, with the fact that the attacker was an Afghan refugee likely to harden positions. Germany last year registered more than 1 million migrants entering the country, including more than 150,000 Afghans. Increasing opposition to Germany’s refugee policy has crystalised in right-wing, anti-Islamic movements, including PEGIDA - Germany’s anti-Islam movement that is ready to start a political party. Populist far-right party Alternative for Germany (AfD) has already seen big gains in recent months. 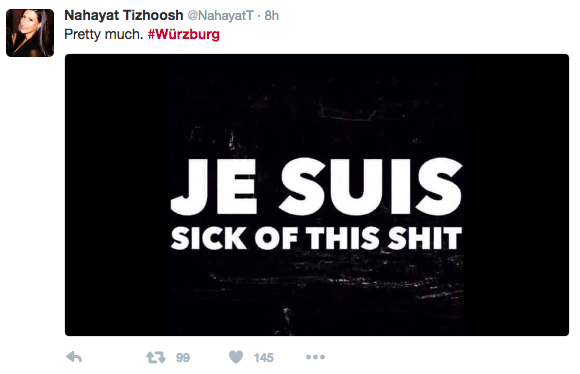