NEW DELHI: Twitter has confirmed that the first Presidential Debate between Donald Trump and Hillary Clinton was the most tweeted debate ever. The hashtag #PresidentialDebate was trending globally, as users offered polls, memes, comments and fact checks on the important event.

At the end of the debate, a CNN/ORC poll of debate watchers released after the event found 62% felt Clinton won compared to 27% for Trump.

On one measure, however, Trump emerged the clear winner, as Twitter users mentioned Donald Trump nearly two times for every time Hillary Clinton was mentioned. That figure includes the number of people tweeting about either candidate's names or Twitter handles. @realDonaldTrump got 62 percent of the mentions, compared to @HillaryClinton's 38 percent.

However, when you look at exactly what people were mentioning Trump for, the real picture emerges. The top three most-tweeted about debate moments were Trump on his temperament, his stop-and-frisk comments and the exchange over the candidates plans for defeating the Islamic State.

A majority of Tweets were overwhelmingly critical of Trump, with users pointing to his lack of strategy, the bullying, outright name calling and dropping, and baseless accusations.

Sen. Elizabeth Warren of Massachusetts hit out at Trump for the above, calling him a "thin-skinned bully" and a "man who was ranting & raving on stage." 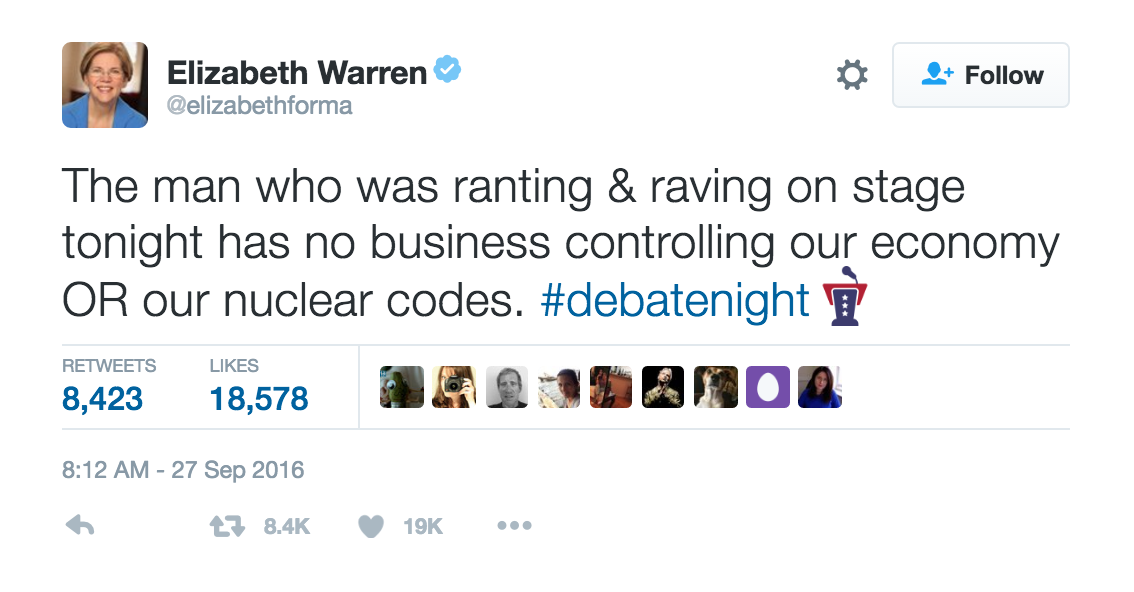 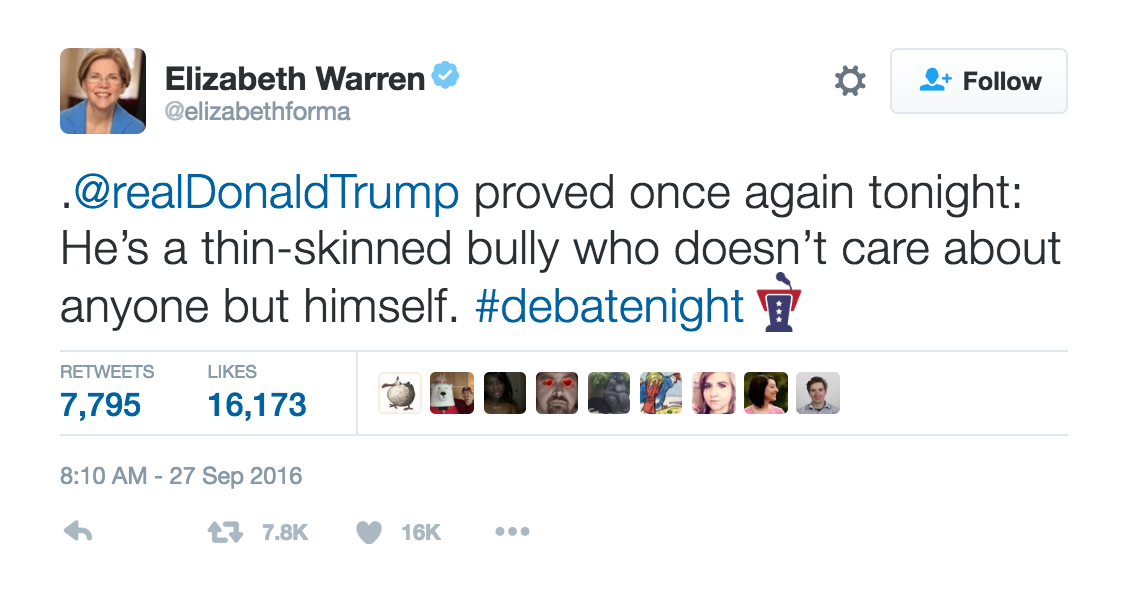 Others hit out at Trump for admitting to, and even boasting about, the fact that he doesn't pay federal taxes.

Trump was also slammed for appearing to be *sniffing*, with social media unsurprisingly harsh. 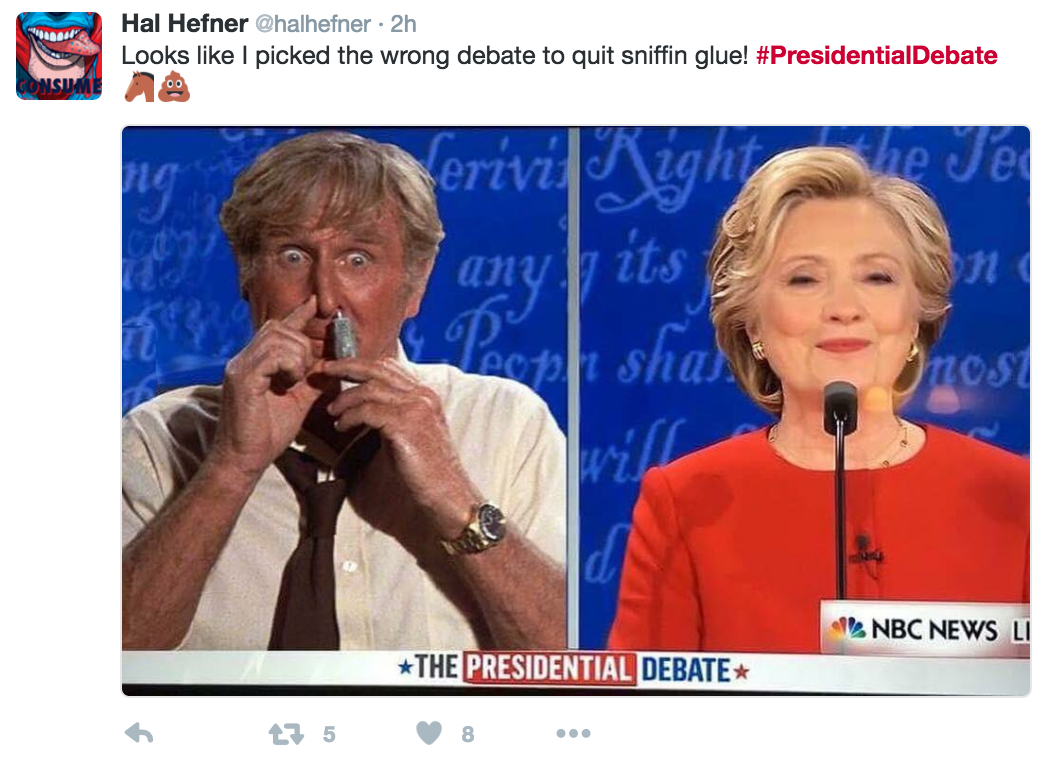 Some celebrities too joined in on the Trump bashing. 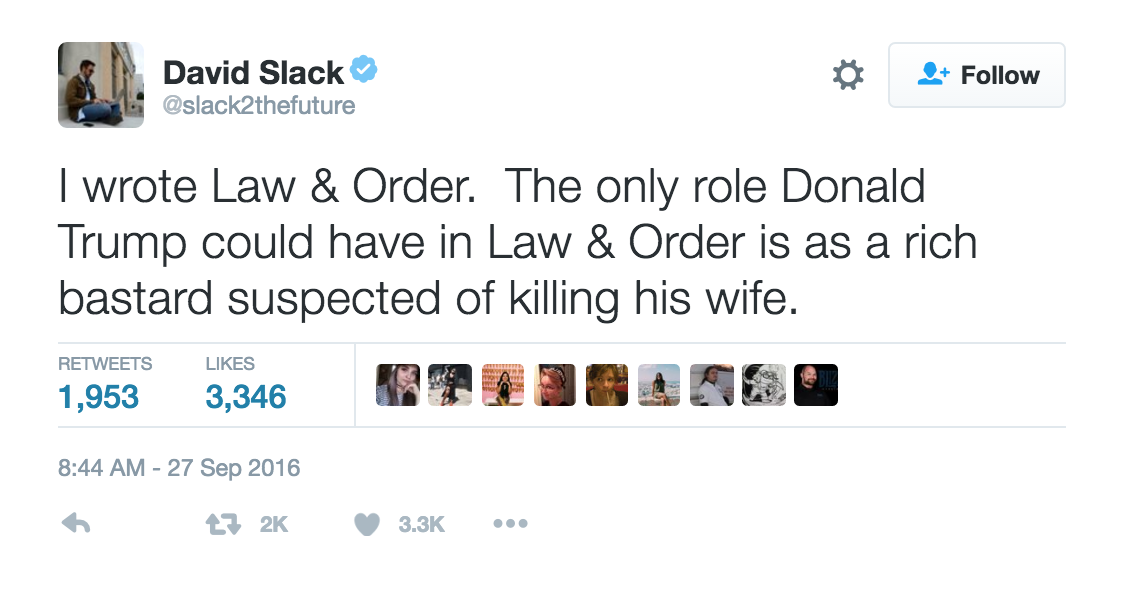 Users joked that Trump may deny having run for President in the end.

Some people, however, continued to support Trump. 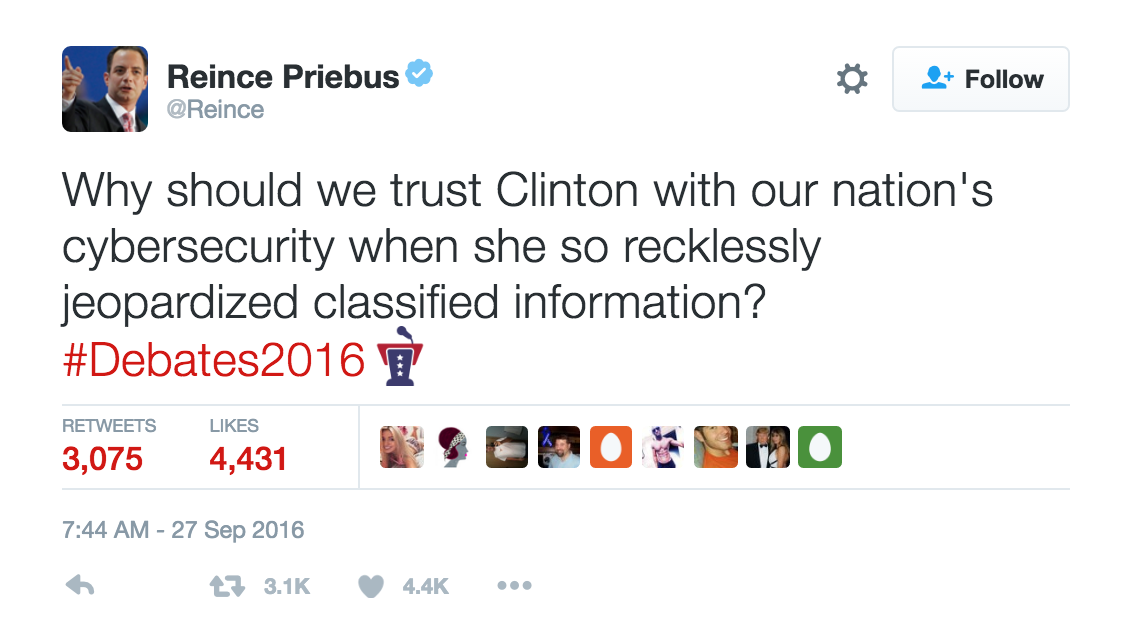 She also received more than her share of support. 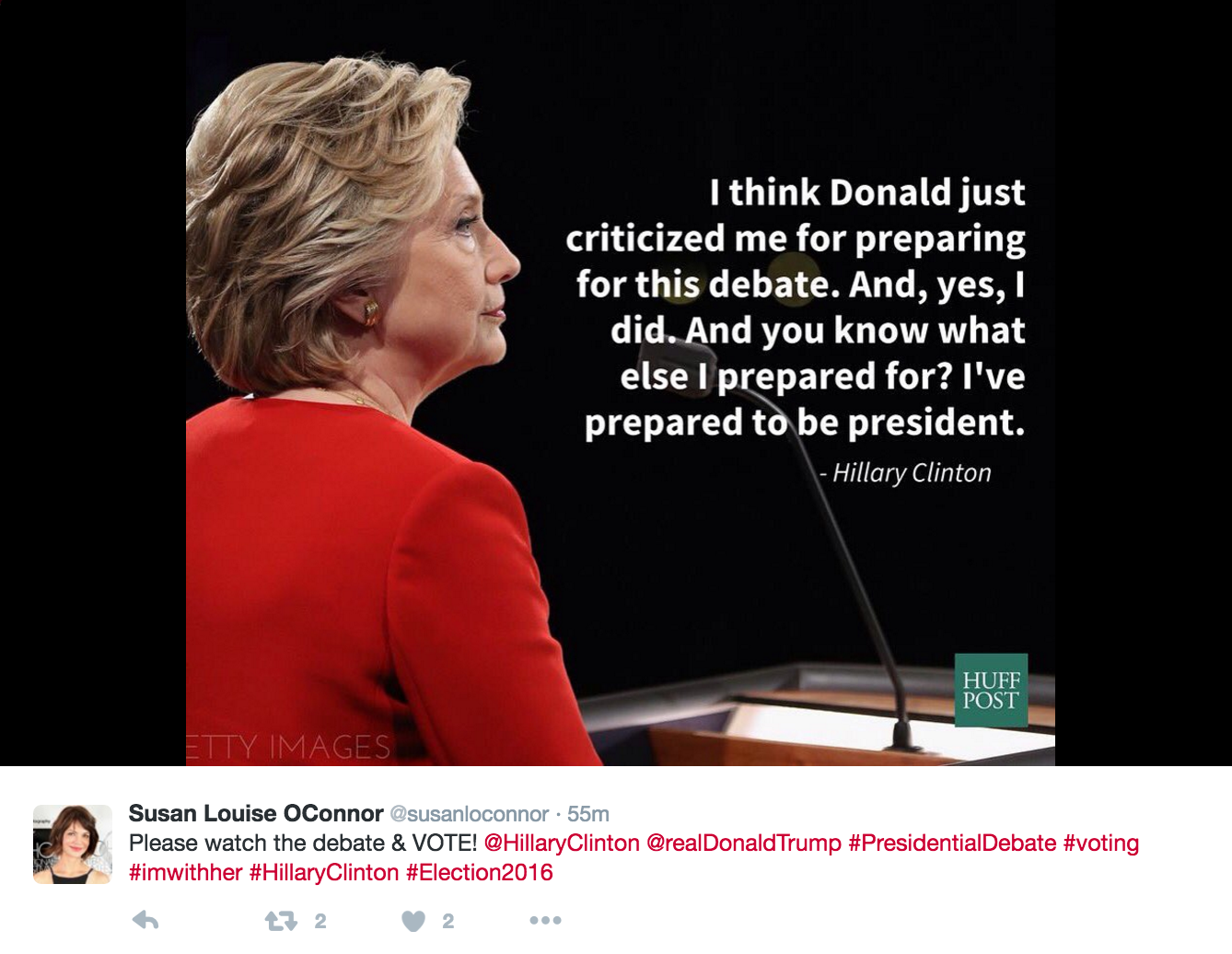 The highlight, however, may have been when Merriam-Webster joined in on the fun. The wordsmiths took a dig at Trump’s use of the word “bigly.” 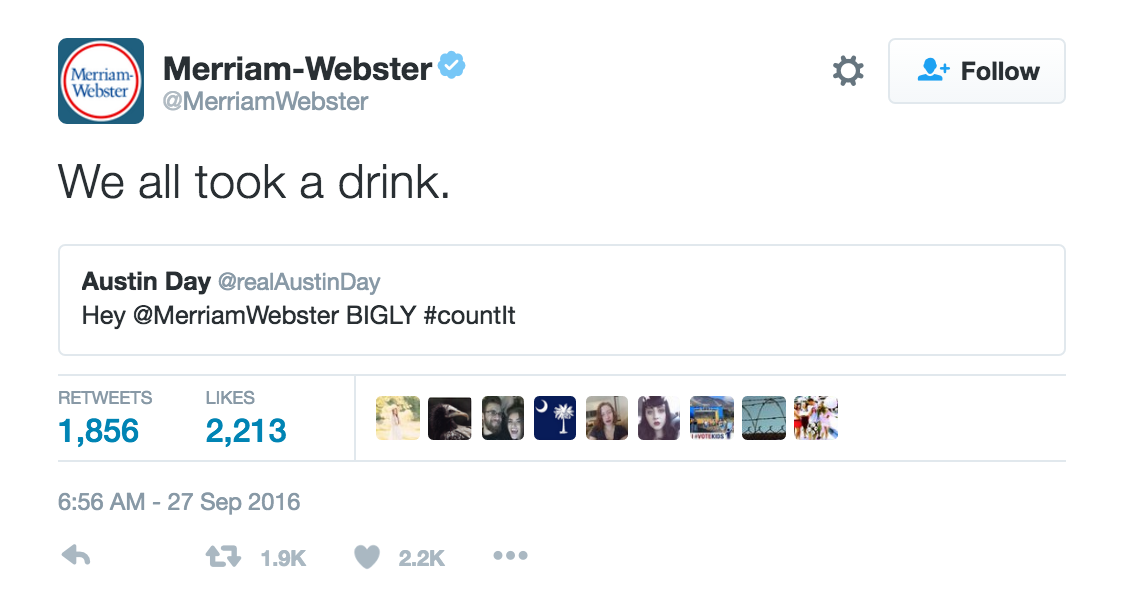