NEW DELHI: Donald Trump and Hillary Clinton faced off Sunday night in one of the most contentious and even personal presidential debates in the United State’s modern political history. As the two candidates took pot shots at each other regarding Trump’s “denigration” of women and Clinton’s email scandal, amongst several other topics of interest. The debate follows audio that emerged last week in which Trump bragged about grabbing women “by the p***y.” Host Anderson Cooper’s attempts to get Trump to address the tape were chalked up by the real estate mogul to “locker room talk” before he was able to awkwardly divert the topic to proposals to fight the Islamic State.

The debate was the most-tweeted political debate in the 10 years of Twitter, the social network announced on Sunday. More than 17 million debate-related Tweets were sent during the contest, and nearly 30 million tweets sent throughout the course of the day.

The debate led to plenty of trending hashtags, with #nohandshake kicking off things after the candidates took the stage without a handshake and Trump repeated an apology following the “grab them by the p***y” comments. "This was locker room talk. I'm not proud of it. I apologized to my family. I apologized to the American people. Certainly I'm not proud of it. But this is locker room talk," Trump said.

Clinton hit back at Trump saying that his comments and behaviour throughout the campaign "insulted," "ranked" and "denigrated" women.

Trump hit with an attack on Bill Clinton -- saying that Bill had done worse and was “abusive.”

Clinton responded to that by steering clear of her husband as the subject, and saying that it's clear to anyone who heard the video that it represents "exactly who he is." That sparked the most popular tweet of the night by college professor Moustafa Bayoumi: 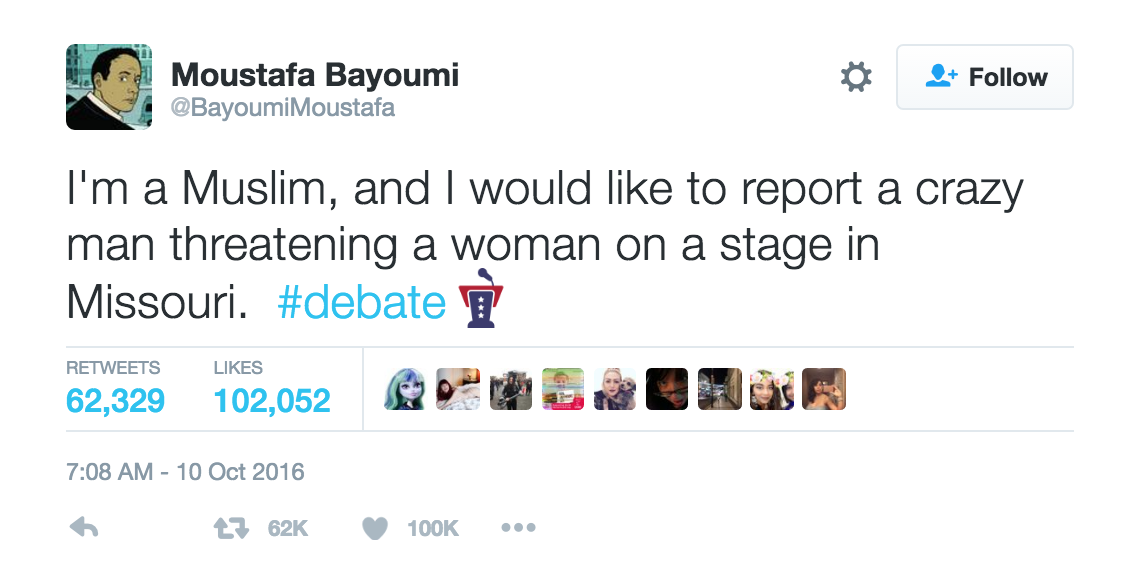 Trump continued with the aggressive rhetoric, hammering Clinton on a range of issues that the Republicans have used at various points throughout the campaign. The key issue: Clinton’s email scandal. Trump went as far as saying that if he is elected, he would appoint a special prosecutor to investigate whether Clinton broke the law in deleting thousands of emails. 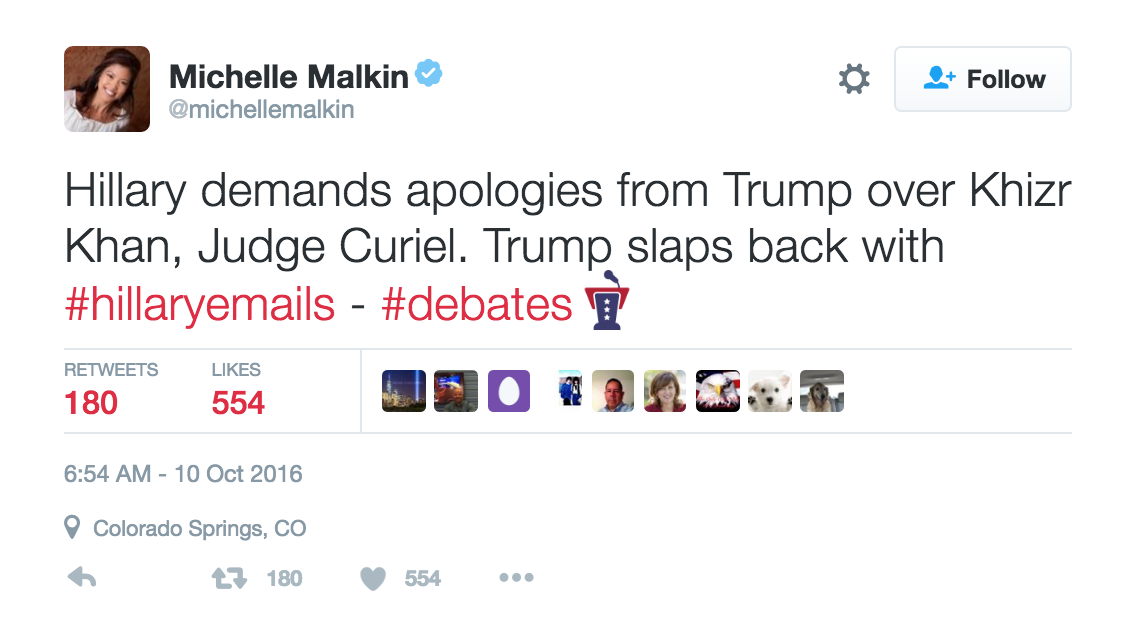 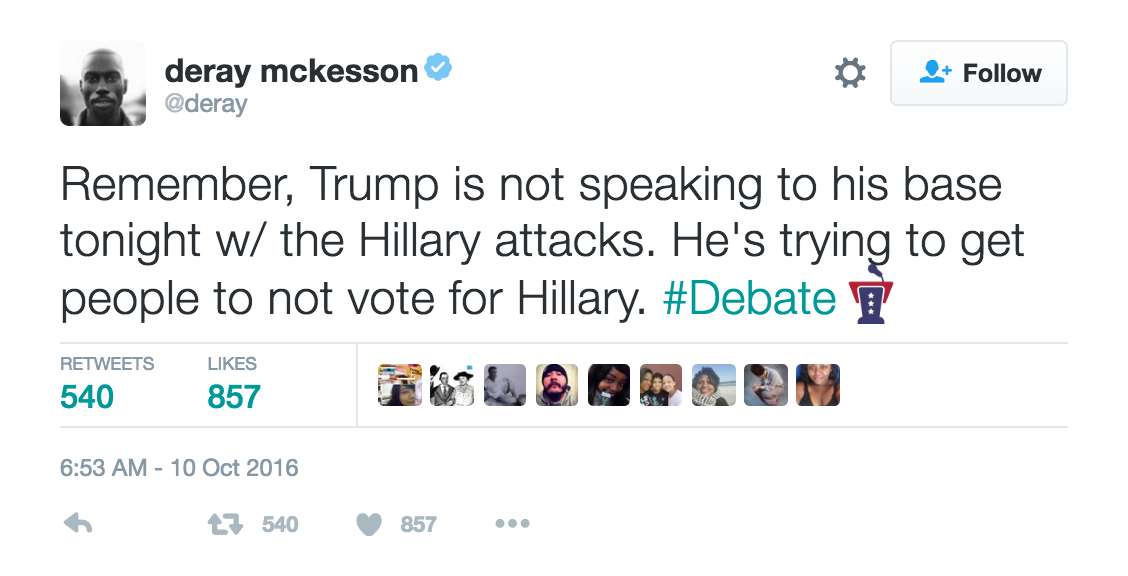 The moderators had to push Trump to move on from the email scandal, with the debate moving on to ObamaCare, taxes and Syria. Here, Trump was able to slam Clinton, saying that instability in the Middle East was largely the fault of foreign policy implemented under Clinton.

The debate then continued in its personalised theme, with the debate closing with the question: "Would either of you name one positive thing you respect in one another?" 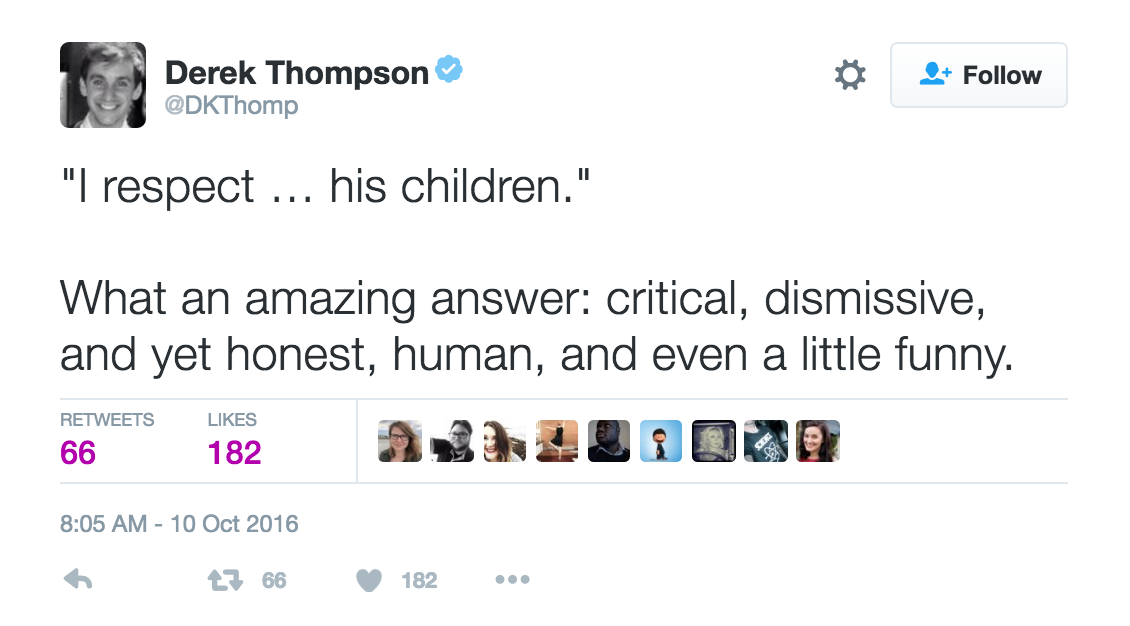 The debate ended with several commentators summing up the action as tad disappointing. 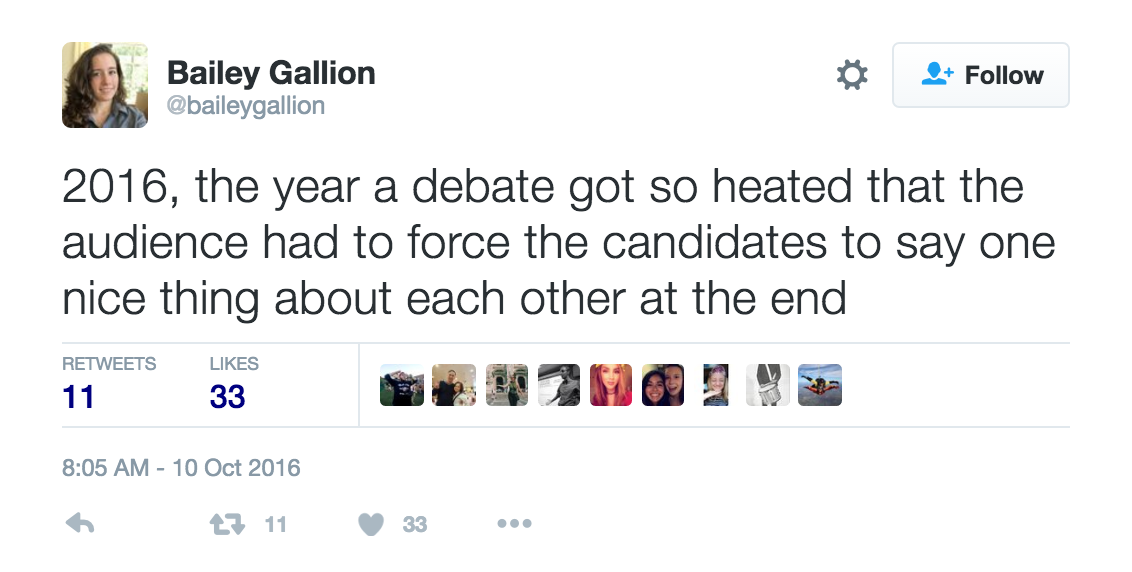 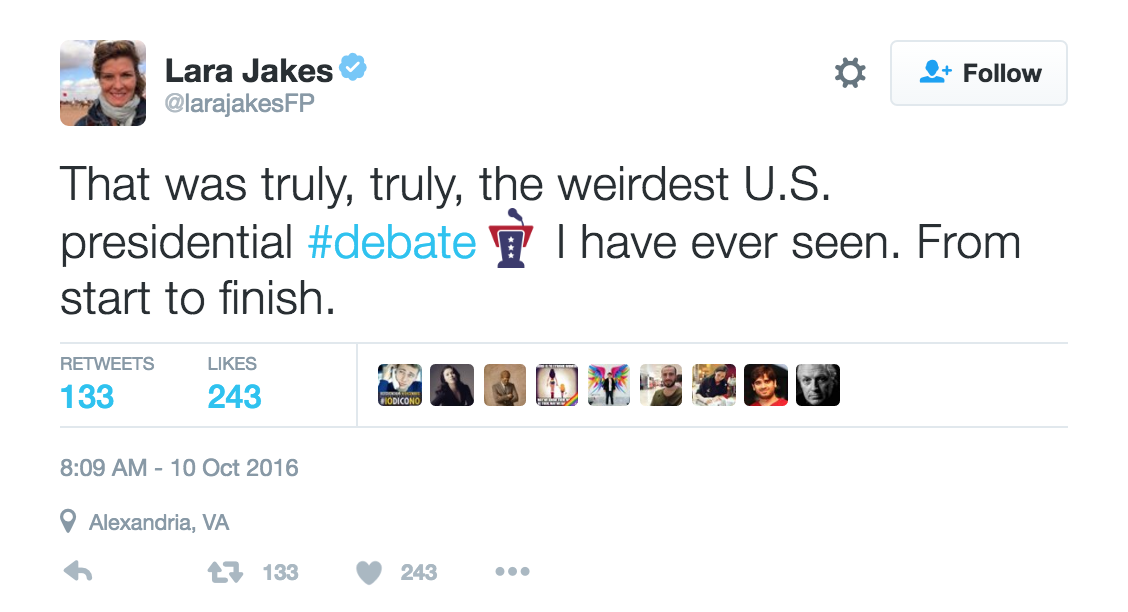 In terms of numbers, Trump had more than 74 percent negative sentiment compared to Clinton's 53 percent on Twitter, according to Brandwatch, which measures social media. 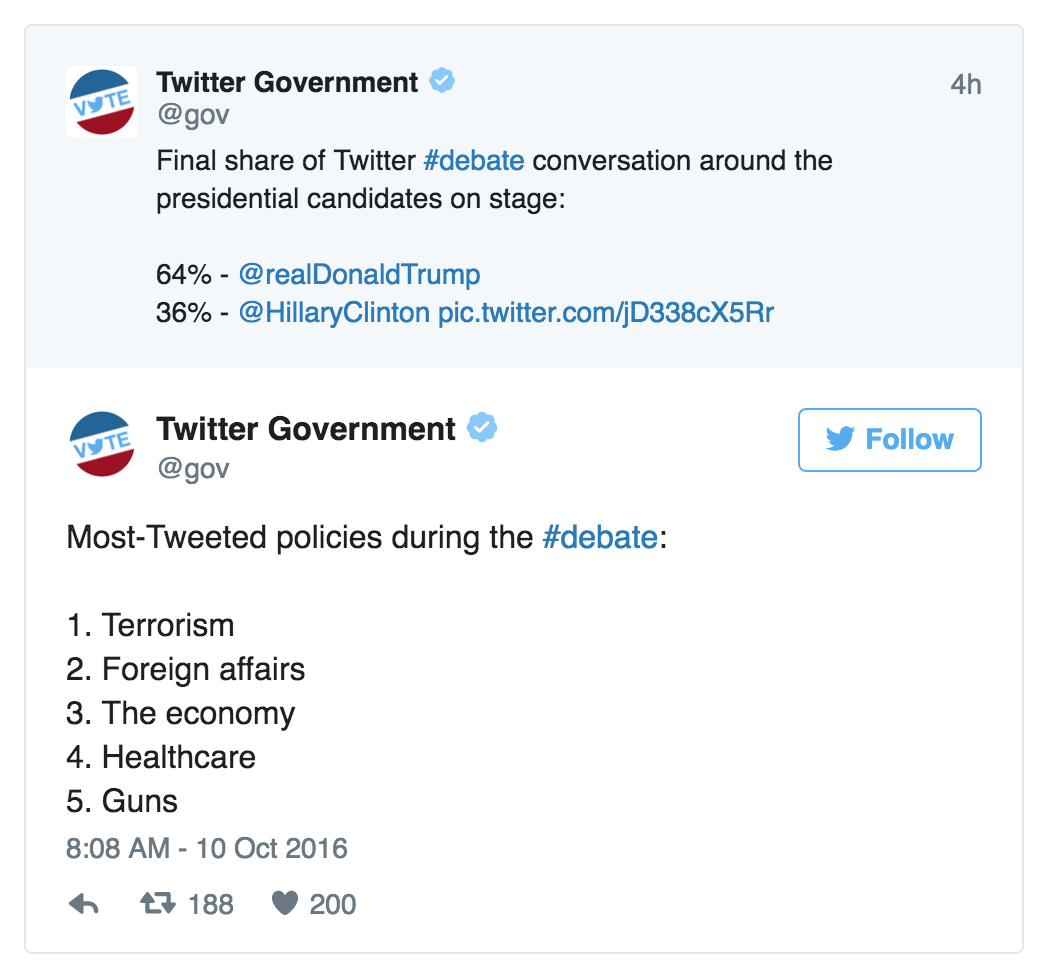 On Twitter, however, Trump dominated the conversation, with 64 percent of tweets. According to the social network, Clinton got 36 percent.