NEW DELHI: In the few hours since Republican candidate Donald Trump won the United States presidential elections to become President-elect of the country, Americans -- especially minorities -- have increasingly taken to social media to highlight personal accounts of racial and homophobic slurs and abuse.

A woman in Saint Cloud, Minn., posted images from her former high school on Facebook that show graffiti with hateful messages such as "whites only" and "white America," as well as a string of anti-black slurs. Trump’s campaign slogan, “Make America Great Again” accompanied the abuse. 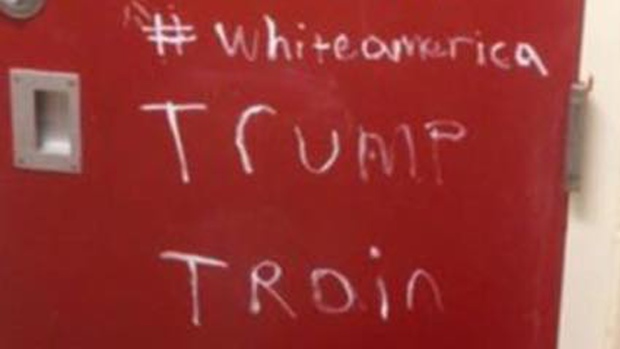 Another man reported overhearing children at his son’s school taunting another student for being Hispanic, threatening that he would be deported “back to Mexico.” 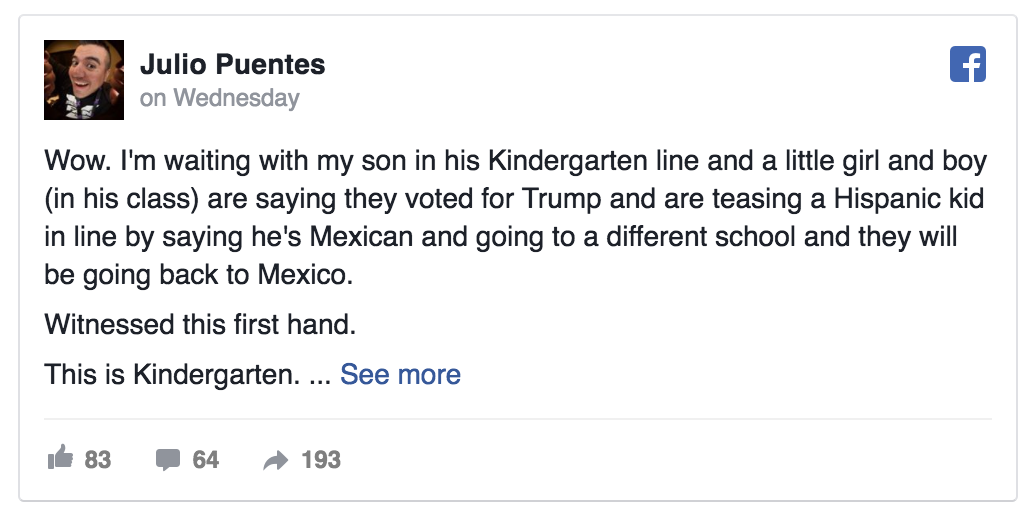 An Hispanic teenage girl described her own experience. 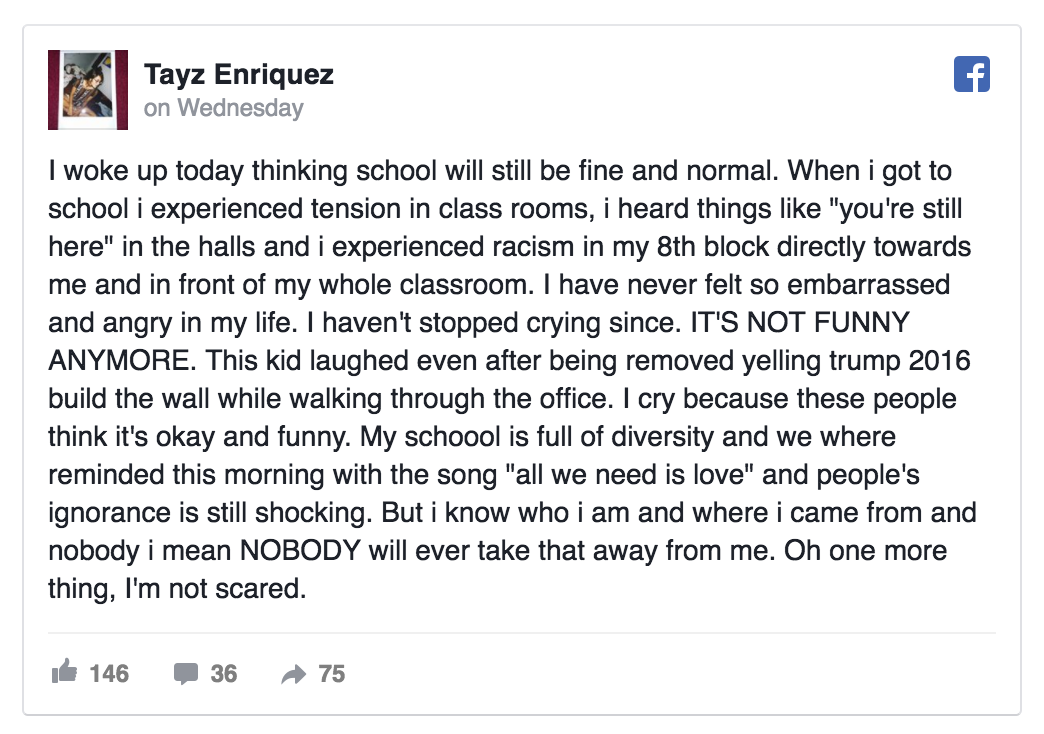 At York County School of Technology in York, a video was widely circulated showing students carrying a Trump sign and yelling “white power.”

Throughout Texas State University, flyers depicting men in camouflage, wielding guns and an American flag, appeared in men’s restrooms. “Now that our man Trump is elected,” they said. “Time to organize tar and feather vigilante squads and go arrest and torture those deviant university leaders spouting off that diversity garbage.”

At San Jose State University in California, a Muslim woman complained that she had been grabbed by her hijab and choked. The police are investigating the incidents.

At Wellesley College, alma mater of Hillary Clinton, two male students from nearby Babson College drove through campus in a pickup truck with a large Trump flag and made their way to a meeting place for black students. Campus student organisations say they taunted students and spit at a black female student.

The students, after being apprehended by campus police, bragged about their actions on social media

At New York University’s Tandon School of Engineering, the Muslim Student Association’s prayer room, “Trump” was scrawled on the door. "Our campus is not immune to the bigotry that grips America," students wrote in a post on the association's Facebook page. "We are still here. We are not going anywhere."

Reports of abuse and hostility are not limited to university campuses and schools.

In Durham, North Carolina, anti-minority graffiti appeared overnight. “Black lives don’t matter and neither does your votes,” it said. 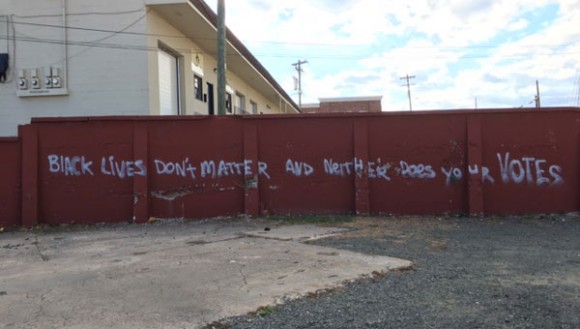 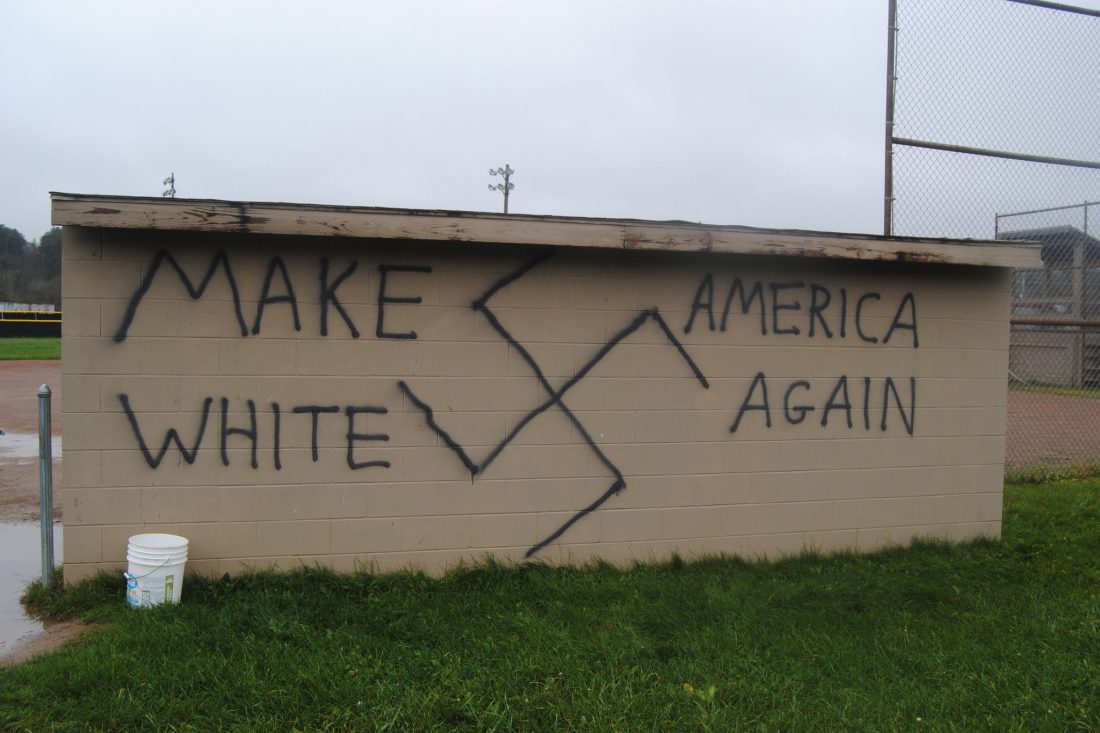 The message, “Sieg heil 2016” along with a Swastika appeared on a storefront in Philadelphia. 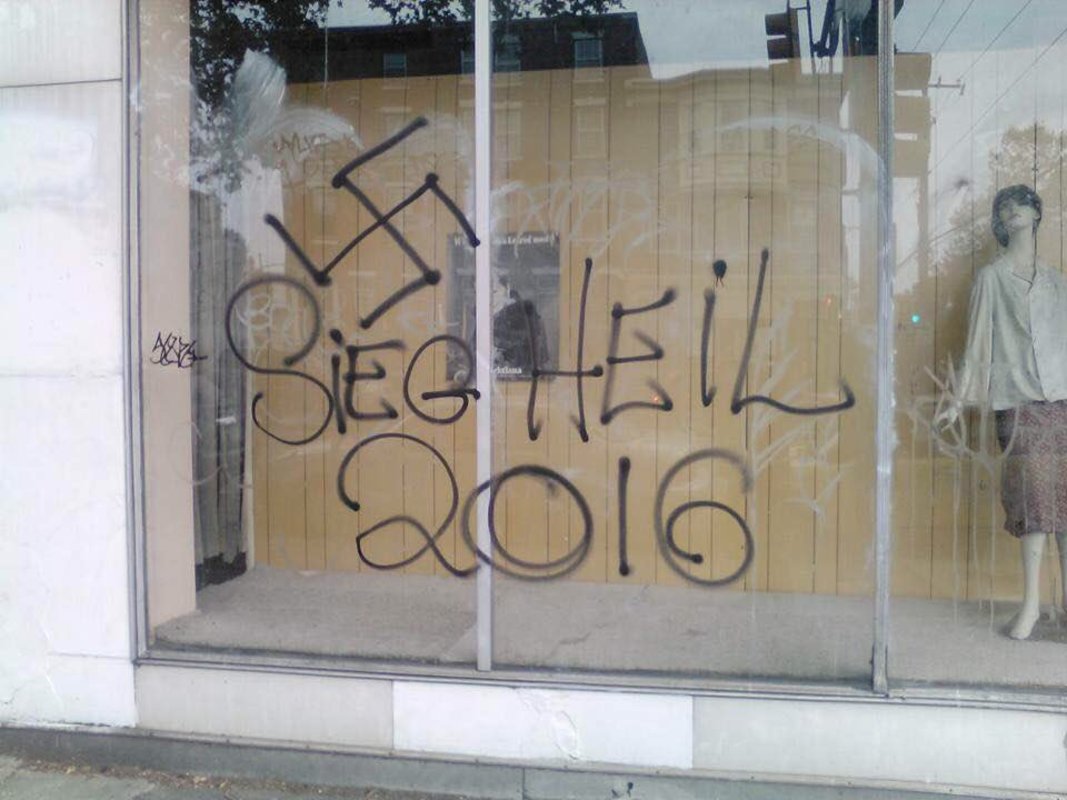 A woman took to Facebook to report that the morning after the results were declared, she was confronted with racial slurs when out for her routine run. “Go back to Africa,” people yelled.

A man took to Facebook to relate an incident where a group of men were taunting a woman, with lines from Trump’s now famous “grab a woman by the p****” remarks. "When she walks past the group, one of the men yells grab her by the p----. One of the dudes literally then tried to touch the woman inappropriately," he wrote on Facebook. The man said he and three others "literally threw the 3 dudes off the subway" to protect the woman.

The number of people taking to social media to report such incidents is enormous. 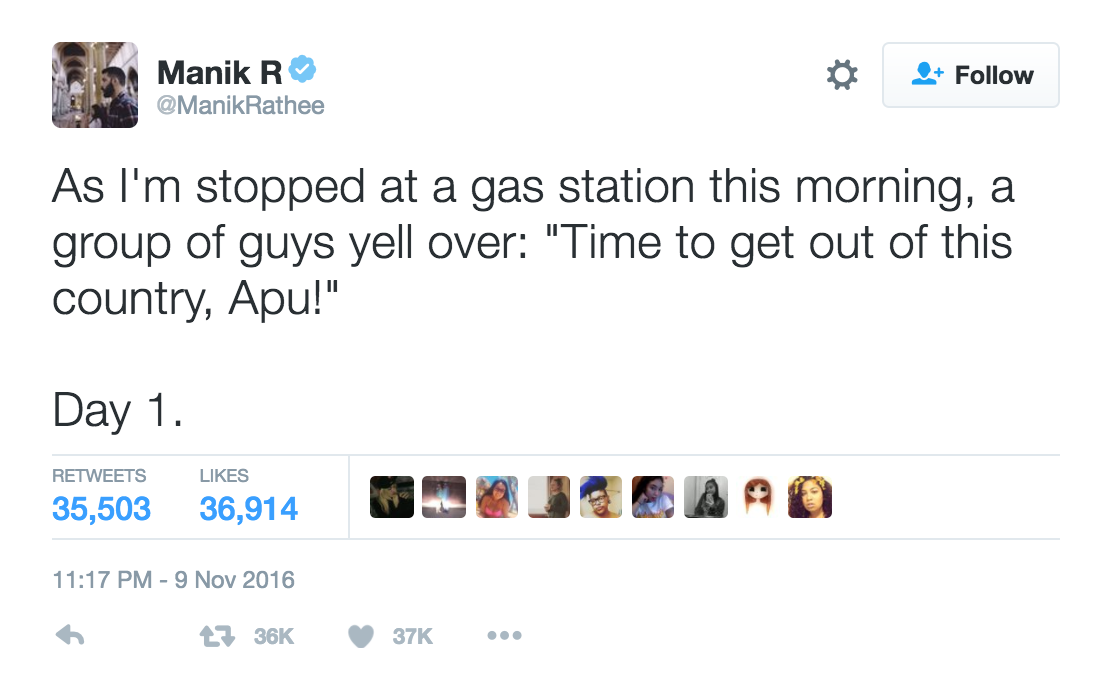 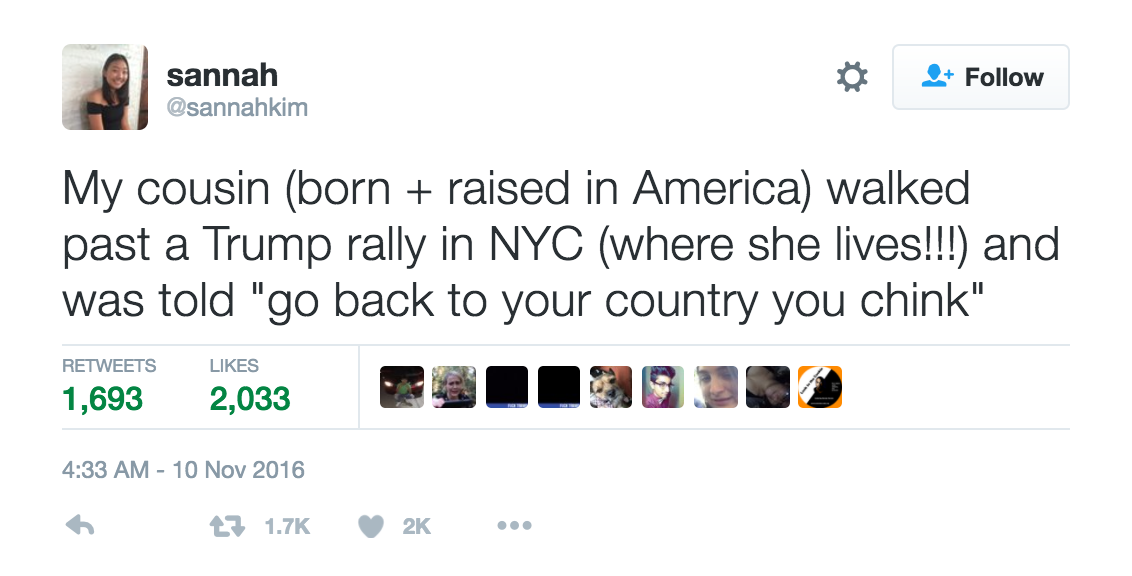 Meanwhile, a wave of anti-Trump protests broke out across the United States.