NEW DELHI: The Islamic State released a fourth video of British hostage John Cantlie on Sunday, which was followed by an article allegedly written by the Briton and published in issue four of the group’s English-language magazine, ‘Dabiq’.

The six minute 53 second video which was posted online on Sunday shows Cantlie dressed in the all-too-familiar orange jumpsuit worn by all four other victims. The video is the fourth Islamic State video that Cantlie has appeared in. In the video, Cantlie addresses the British government, saying, “I have yet to see [UK Prime Minister] David Cameron’s reaction to the killing of [British aid worker] David Haines, but I’m sure it will be along the lines of “Britain is shocked and appalled at this brutal act and we will not rest until IS is defeated and those guilty of his murder are brought to justice…. You have known about our situation for nearly two years. You chose not to enter negotiations with the Islamic State that might have got us out.”

In the same vein, the article points fingers at the United States and the United Kingdom for not negotiating the possibilities of the release of previous IS victims, namely, US journalists James Foley and Steven Sotloff, and British aid workers David Haines and Alan Henning.

The article is reproduced in its entirety below: 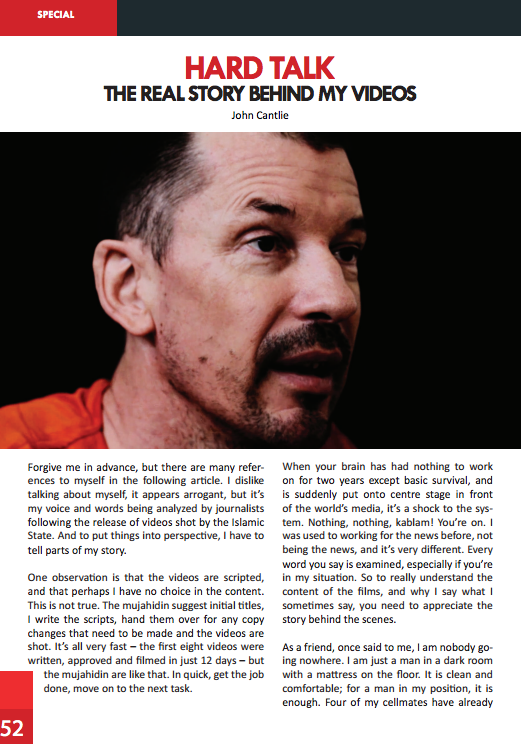 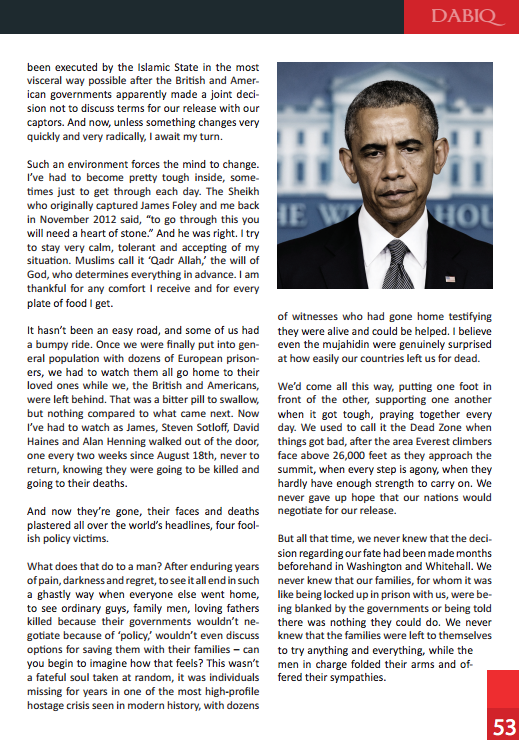 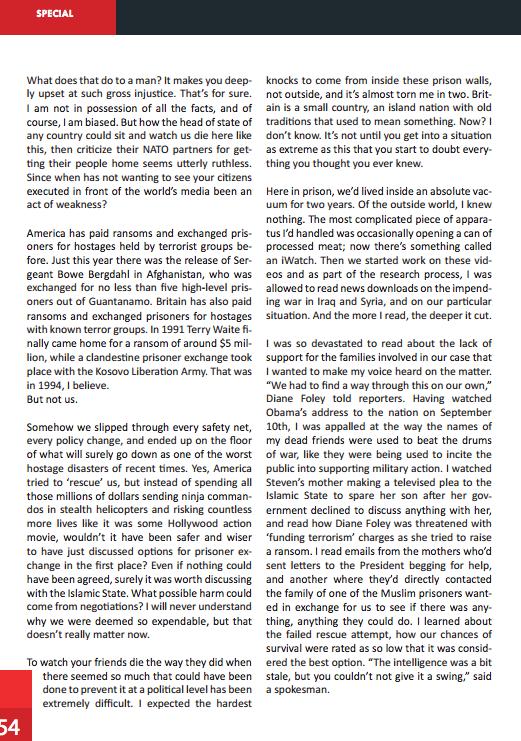 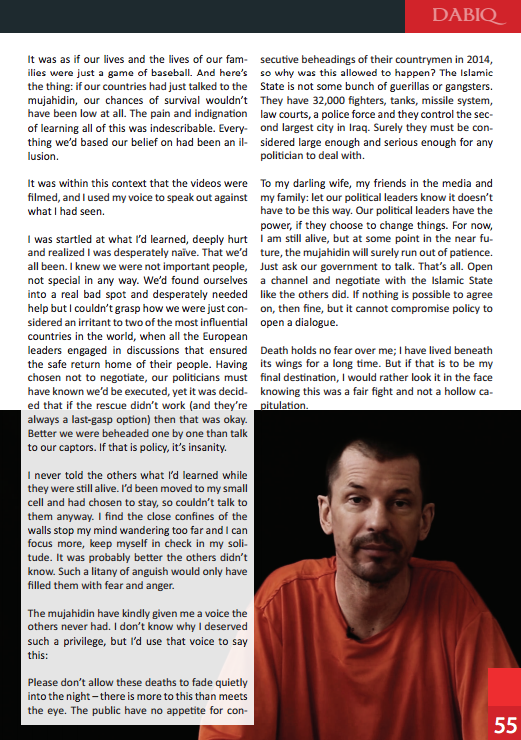