Horrors Of Occupation: Qalandia Refugee Camp In The West Bank

WEST BANK: Pain, loss and exile attain a different meaning in Qalandia refugee camp located between Ramallah and Jerusalem in West Bank. Lost in time with the heavy weight of homelessness, one can spot the Palestinian refugees lamenting in their own ways. Established in 1949 by UNRWA, the silence of this refugee camp is broken frequently by the laughter of children playing in the school or the call for prayers by the nearby mosque. The refugees living in absolute poverty and extreme trepidation have nowhere else to go. More than 3,000 families exist in extreme deprivation, each with its own history and fight for survival. Since Israeli authorities consider this refugee camp as a part of Greater Jerusalem, their illegal occupation can be noticed, quite visibly. 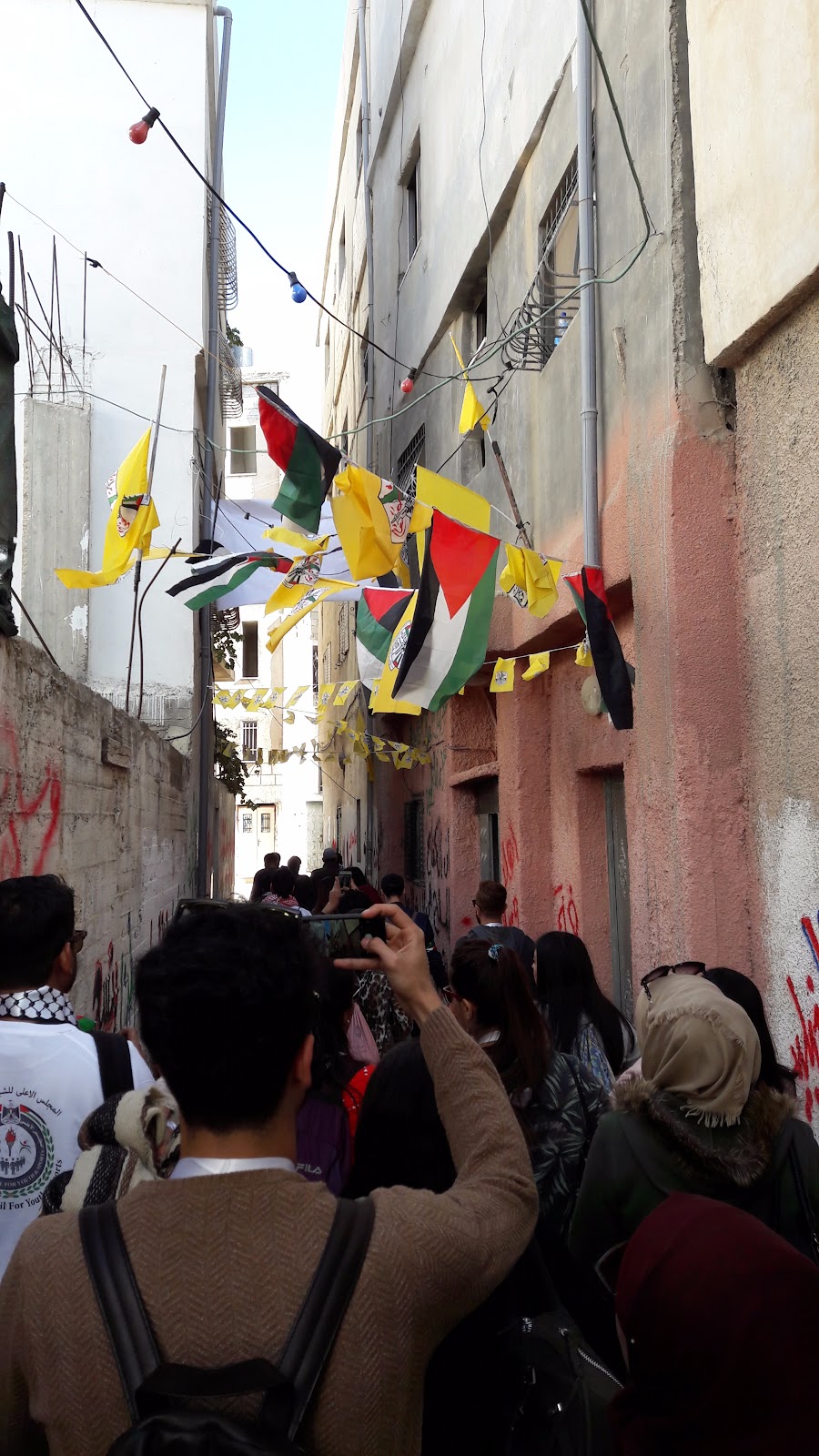 Each home in Qalandia portrays some form of destruction. Either the walls have bullet marks or few windows have been gunned down. Even few homes have been utterly destroyed so that the family that rebelled against the Israeli occupation does not have a place to live. The refugees reveal the horror that accompanies an Israeli tank entering the camp to bulldoze the house. Palestinians are then not legally allowed to build a new home again. In 2013, the worst raid took place when three young Palestinians were mercilessly killed. Their faces in Arabic posters are still pasted on the tattered walls, as if the entire community is perhaps still awaiting their return.

The anger, wait and desperation of the people are narrated through the walls. Every wall tells a story. The illustrations of prisoners, ambiguous faces, quotations in Arabic, everything signifies the resistance. The injustice is symbolized through graffiti, one such written in English called for ‘Free Palestine’ with the map of West Bank and Gaza. The scars are permanent, the wound still oozing with blood. The reality can never be forgotten or extinguished, as it blemishes the everyday life of Palestinians. People here are not allowed to move freely, literally stores as cattle, as if they don’t deserve the right to livelihood. They have been weakened so much by the Israeli occupation that they have lost hope, completely. 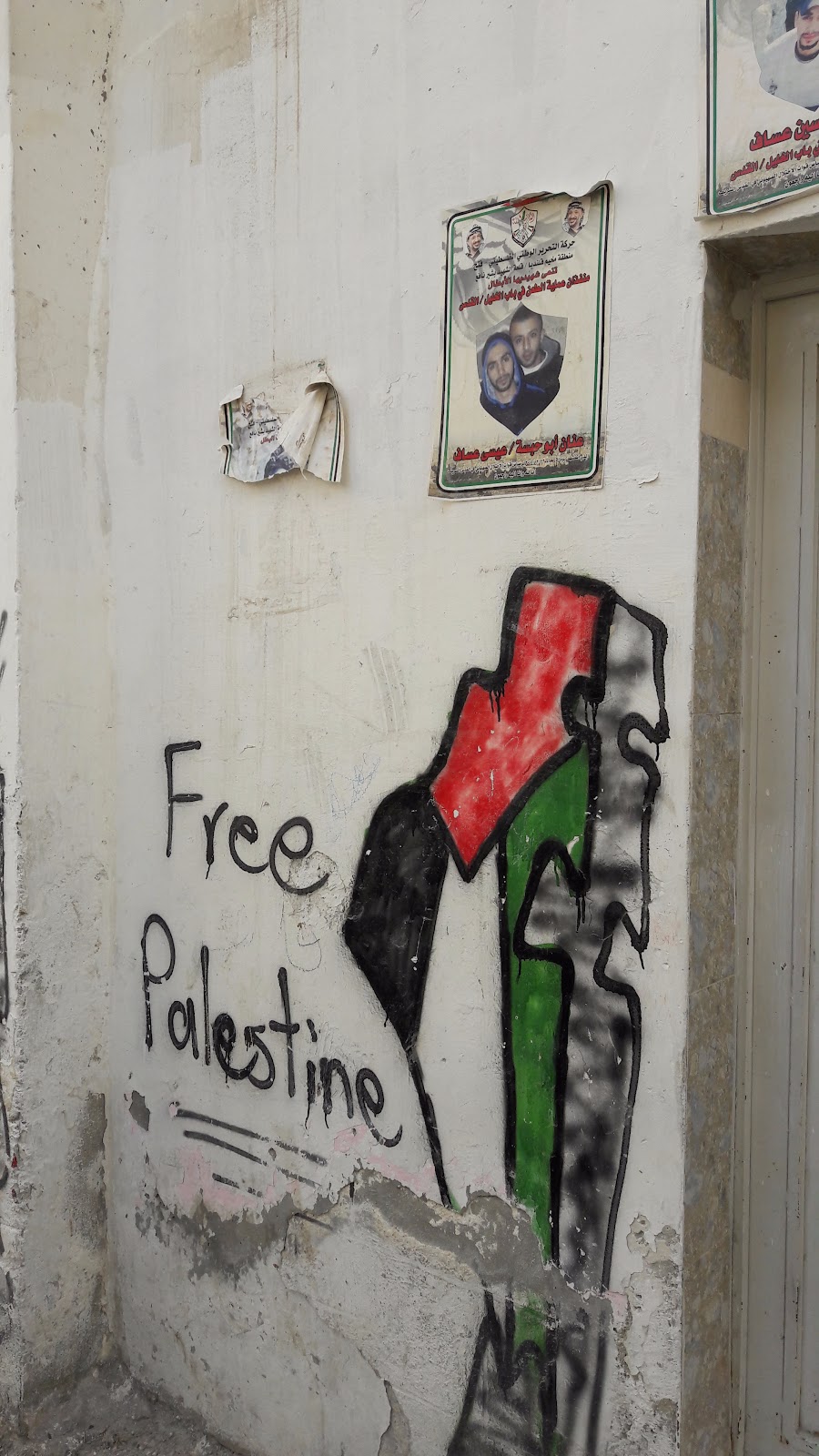 A mother of a Palestinian young man who was shot dead recently, stood outside the main door. Her eyes were tired, swelled up and melancholic. She had lost her husband and two sons and their posters were glued on the entrance wall. Little kids played outside in the corridor, ignorant of the abominable grasp of death that haunted their home. The neighbors revealed how, in spite of her deplorable condition after knowing her family member’s death, she was not allowed to cross the Qalandia check-point. This check-point is one of the most heavily guarded ones that separate Qalandia from East Jerusalem. Palestinians need to have a legal permit or a green card so that they can cross the check-point for work, medical assistance or even education.

Renaad, a 24-year-old Palestinian girl was born in the refugee camp in the house of her grandparents. Unfortunately, her parents lived in Hebron. Since the past 24 years, Renaad has not been able to frequently visit Hebron and has permit only for the Qalandia refugee camp. Instead of her mother, she was raised by her grandmother. It’s during the holy occasion of Ramadan when Israeli authorities grant some mercy and allow Palestinians to stay for a longer duration in their relative’s homes. But this long duration is not more than 1-2 weeks. Even today, the absence of her parents haunts Renaad. For her, they exist as mere strangers and not as a part of her growing life. 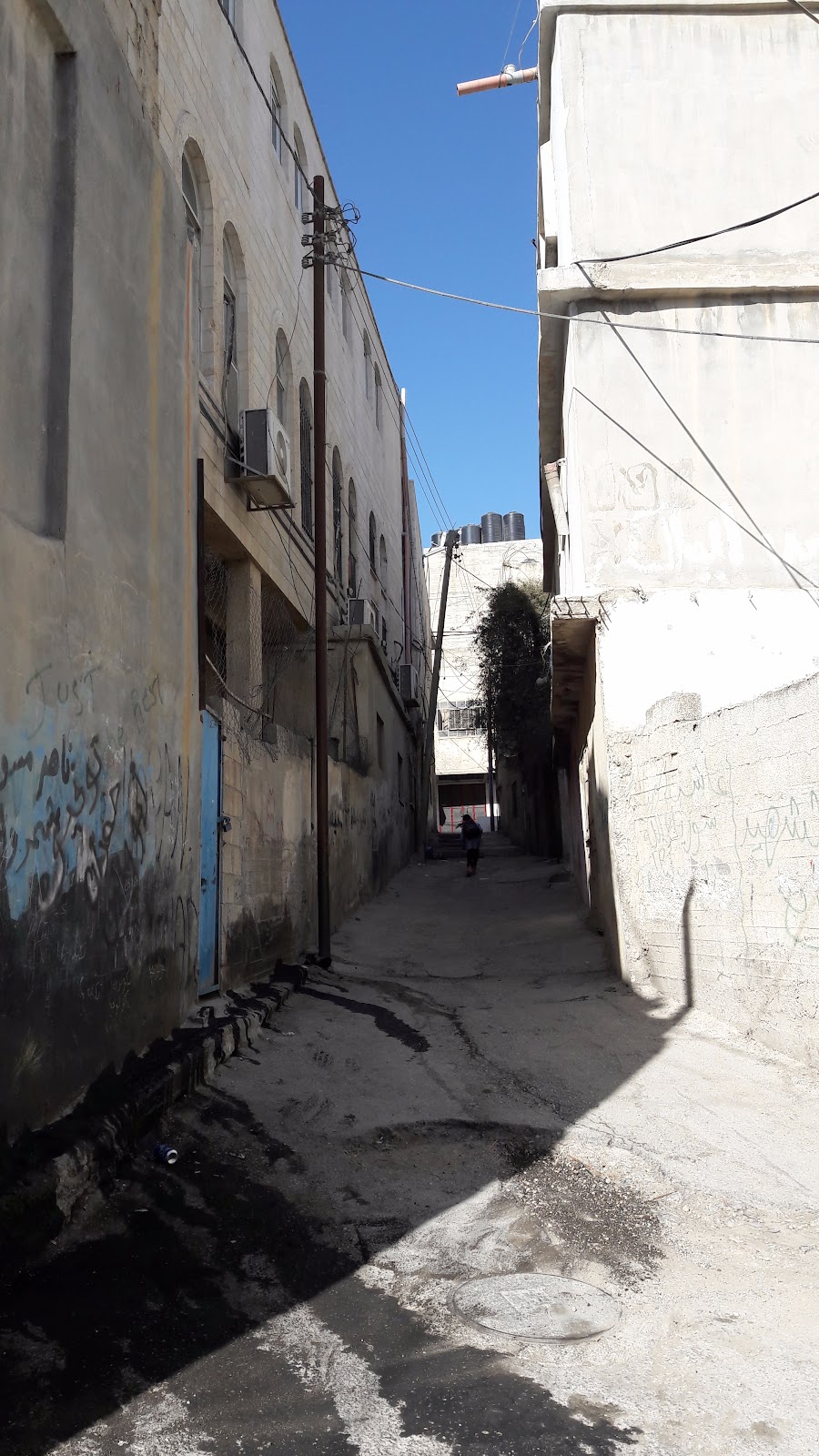 Be it religious freedom or the mere freedom of movement, Palestinian refugees have no idea how to lead a normal life. The childhood of the children have been snatched away, they look frail, haggard and diseased. The mere air of the Qalandia refugee camp carries heaviness of death. Very few people are seen roaming outside in the narrow lanes. There is an everyday fear that their life is not theirs. In the darkness of the night, the entire refugee camp, which is hardly lit, resembles a graveyard. Nothing more, nothing less.