Yasser Afarat's Tomb in Ramallah: Not the Final Resting Place

On 13th November 2004, the world witnessed the chaotic, emotional and heart-touching burial of Yasser Arafat, the 75-year-old Palestinian leader who had fought tremendously for his nation’s independence. The wailing crowd had gathered at the compound in Ramallah, fighting with the reality of his sudden death and embracing the fact that they had become orphans. Their leader had died, their hope had extinguished.

Saeb Erekat, the Palestinian negotiator who was controlling the situation then was shocked, looking at the crowd and the haphazard uncertainty that permeated the air. He begged the frantic mourners to endow Arafat the honor that he deserves, as the helicopter carrying the casket lowered down and his body, draped in the Palestinian flag. It was a tough ordeal to safely bury the coffin, 120 people got injured. The hullabaloo was toxic as the loud mourning escalated. Though, the tomb in Ramallah is not considered as the final resting place for Arafat, as Palestinians believe that he would finally be buried in Jerusalem. 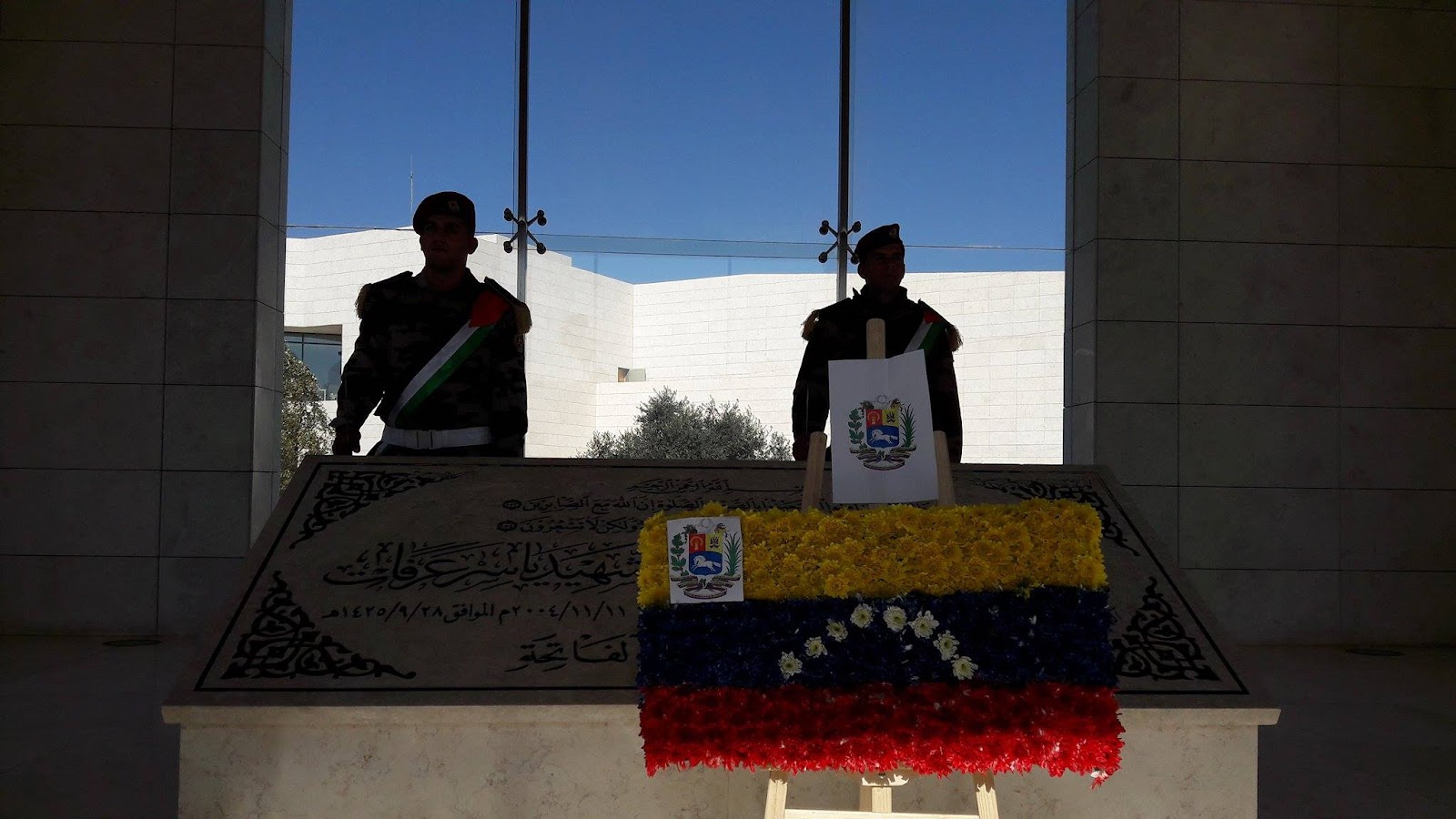 The suitable design of the tomb of Yasser Arafat in Ramallah was already in progress, as initiated by the PA which was in conversation with the architect Jafar Tukan. In 1970s, Tukan had designed the mausoleum of a Jordanian Prime Minister Abdul Hamid Sharaf. He was also known for building a simplistic yet modern mosque in Beirut, Lebanon. The design concept for Arafat’s tomb was based on the idea to give an impression ‘floating above the ground’. The promenade and the base of the mausoleum had minimalistic architectural design concepts incorporated in it.

The single-room mausoleum features the death of Arafat that took place on 11th November 2004. Along with the fully glazed doorway, the mausoleum has three large windows from where the light streams in. There is a water surface behind the grave which symbolizes life as well as continuity for the Palestinian people. The significance of a lot of light inside the mausoleum reflects the idea of resistance and optimism for the Palestinian people. The minimalist architecture reveals the simplicity of the Palestinian people who are fighting for their own homeland. The earth from Al Aqsa mosque had been used for the burial, symbolizing the sacred Islamic practices.

Arafat’s grave in below the white marble slab which is placed at the centre. The initials of his name are marked in black calligraphy. The window behind the slab sees a sturdy olive tree, a symbol of Palestinian resistance, which was planted during the time of building the mausoleum. It is treated as a metaphor for the Palestinian life as well as the resilience of the people. Two presidential guards are always positioned at the tomb as a mark of respect.

Towards the west there is a pavilion, minaret as well as a little mosque, which is meant for praying and meditation. There are words of Palestinian poet Mahmoud Darwish inscribed on the walls, which signify that Yasser Arafat was a spark of resistance and all the Palestinians have a small part of him in their souls. The sharp white contours of the wall are contrasted and softened with the green shrubs and trees planted alongside. 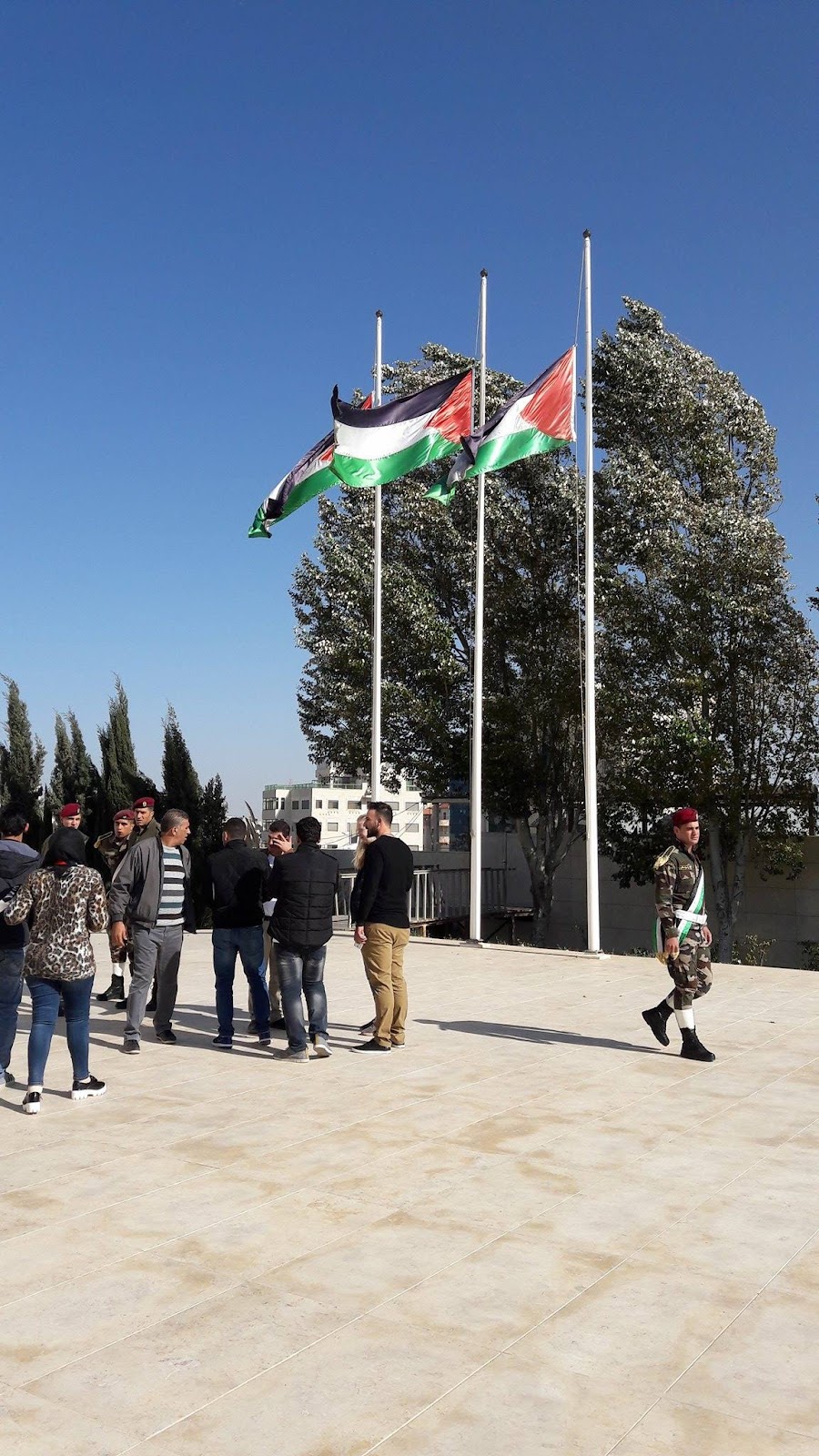 As years pass by, the sanctity and significance of Arafat’s tomb remains indelible. Resistance, hope and aspirations for a state are still alive. Even today, Palestinians visit the grave of their leader, cry and pray for his soul to rest in peace. Though controversies have always surrounded Arafat and his death, Palestinians like Omar Muhammad believe that the leader should not be criticized.

After all, who knew the complexities and pressures that were faced by him, a story which is still not known! As his fragments remain buried in Ramallah, the Palestinians believe that one day; his final resting place would be in Jerusalem.