No Man's Land: The One House Between Israeli Settlements and the Apartheid Wall

Hami Amer's house in Mas'ha village located in the Qalqilya district speaks of years of suffering, torment, destruction and pain. Jeopardized in its past, lacking a palpable future to hold on to, it's the only house in West Bank, Palestine that is situated in between the Apartheid wall and the Jewish settlements.

Since 1980s, when the settlements started occupying land illegally, Hami Amer's little village was suddenly obliterated from its identity. More than 80% of the village was lost to the settlements, as the village witnessed its own very exodus, similar to Al Nakba of 1948. Most of the villagers were forced to leave their land, abandon their homes and become refugees. But Hani Amer did not. It was not easy to break him.

As the mobile caravans started bringing Jewish settlers in the Qalqilya district, the agricultural lands were confiscated. Hani Amer owned a restaurant, poultry and nursery, all of which was destroyed by 2004. The Israeli authorities initially tried to work out a deal with him so that they could purchase his property, even if it was at a very high price. 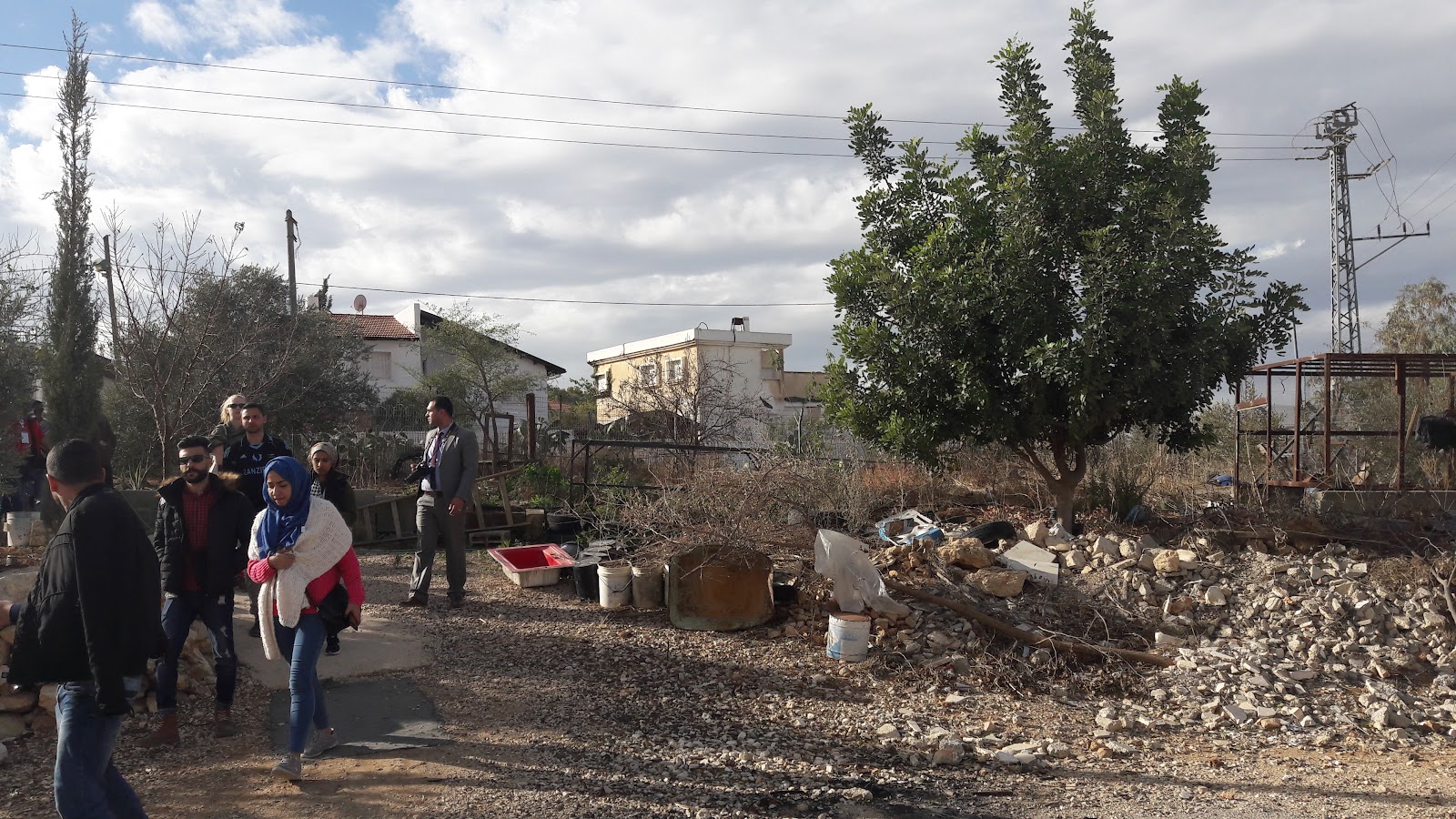 But Hani Amer, who has often reported the demolitions at the court clearly stated that how much he loved his land, talking with his land was priceless. Hani Amer did not think twice, he had made a decision. He was never going to abandon his home, his identity. Today years after, nothing has broken his spirit. But yes, Hani Amer and his wife are still very scared for their six children. Every night, stones are pelted at their windows, so that they remain scared, awake.

From a distance, Hani Amer's home reminds one of an industrial site. It looks abandoned, lifeless and colorless. The first tall and upright fence makes the first gate. Four meters next to it stands the second gate which has metallic rods and barbed wires. There's a danger sign imposed on it. After it, finally comes the third gate with electrical fencing, one wrong touch and it can cost a life.

These gates are more than 6 feet tall. Every gate has a lock and Hani Amer needs to open each of this locks to get outside the captivity. Next to the third gate, towards the left side is the 15 feet high Apartheid wall. It covers Hani Amer's house from three sides. The road in between the house and the Apartheid wall is swept daily so that new footprints could be marked. 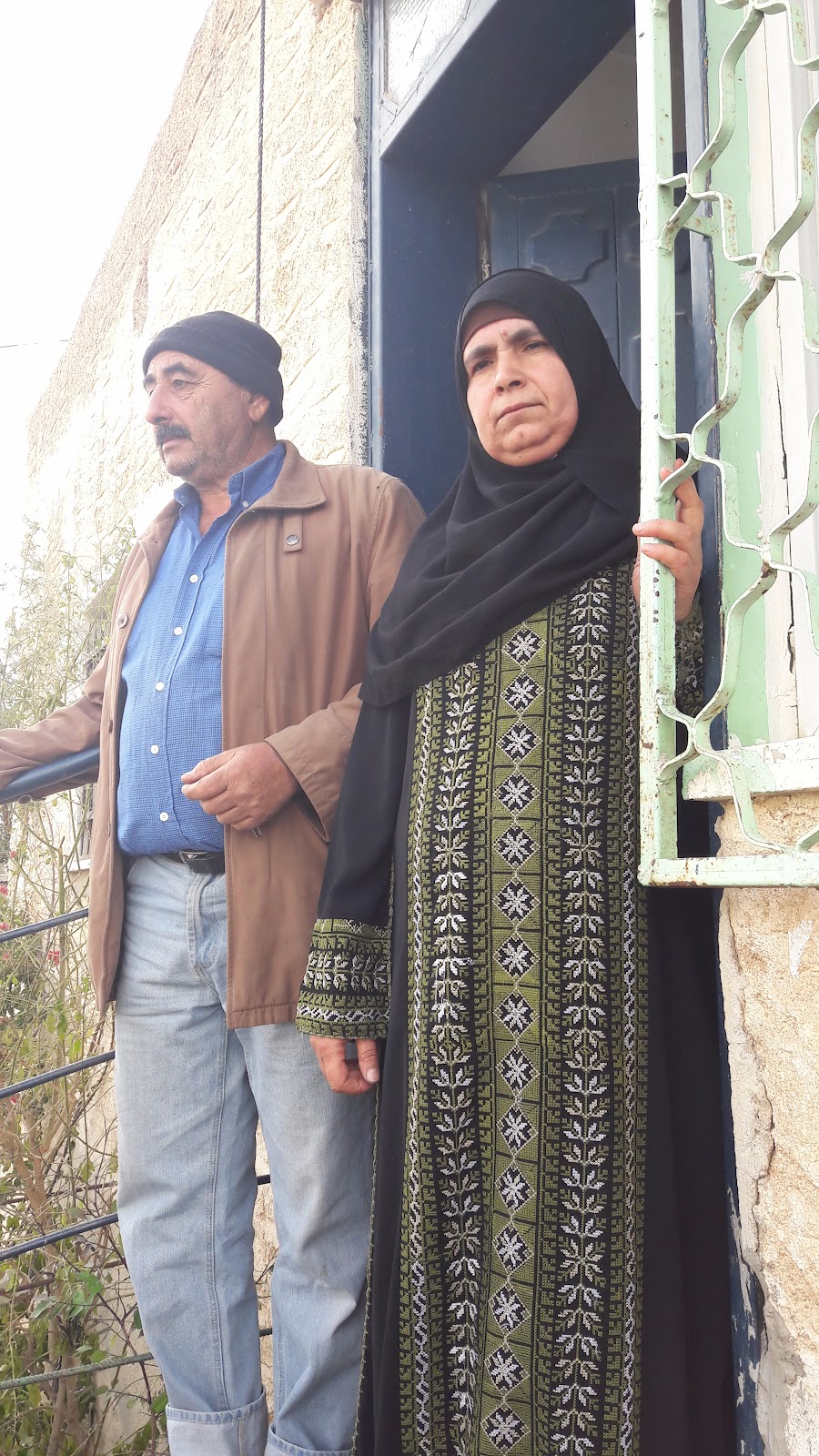 In 2007 when there was international protest against the Apartheid Wall, several activists from various international organizations had shown solidarity to Hani Amer and they were against the illegal capturing of his home by the Jewish authorities. After all, the settlers had already threatened him that he has been marked as a terrorist and thus, would be easily shot if he does not comply. Fortunately because of the international solidarity, Hani Amer is still alive but it does not mean that he is not being traumatized even today.

Previously, one of his sons was locked outside the gates, keeping the family separated for more than a week. Initially Hani Amer was not allowed visitors. Though it has changed, the Israeli military van immediately comes for scrutiny as it sees new faces. Recently in late November 2016, a Palestinian man was suddenly arrested by the Israeli military van without any reason and his car was confiscated in order to create fear and an element of danger involved in meeting Hani Amer.

Over the past few years, one can witness the hopelessness that has started engulfing Hani Amer too. He talks less now, has grown more alert and the way he walks reveals that he is getting weaker. But then, his eyes still shine brightly, with a certain utopia that he still fights every day in his own simple way. He watches the foreign activists scribbling protests on the Apartheid wall. He knows that these messages would be erased in the next hour, without a single trace. But he still smiles. The resistance goes on.