NEW DELHI: The annual report from the Reuters Institute for the Study of Journalism has outlined key trends expected to dominate the year 2017, with fake news being outlined as a key area of concern. Authored by researcher Nic Newman, the report outlines the predicted trends in media, journalism, and technology for the coming year.

“This year’s key developments will centre on fears about how changing technology is affecting the quality of information and the state of our democracy. The arrival of Donald Trump in the White House and elections in France and Germany will highlight the increasing power of new communication channels as traditional media continues to lose both influence and money. More widely there’ll be heated debate about the role and size of tech platforms and the extent to which their activities should be regulated. Artificial Intelligence (AI) takes over from mobile as the hottest topic in technology, though the practical and ethical dilemmas around how it will be used become ever more apparent through the year,” the report notes.

Key trends summarised in the report include:

The report notes that trust in the media has been declining, as 2016 saw “intense soul-searching by traditional media over how they could have become so out of touch and how they missed/misjudged these stories – with trust amongst old and young falling to historic lows.” 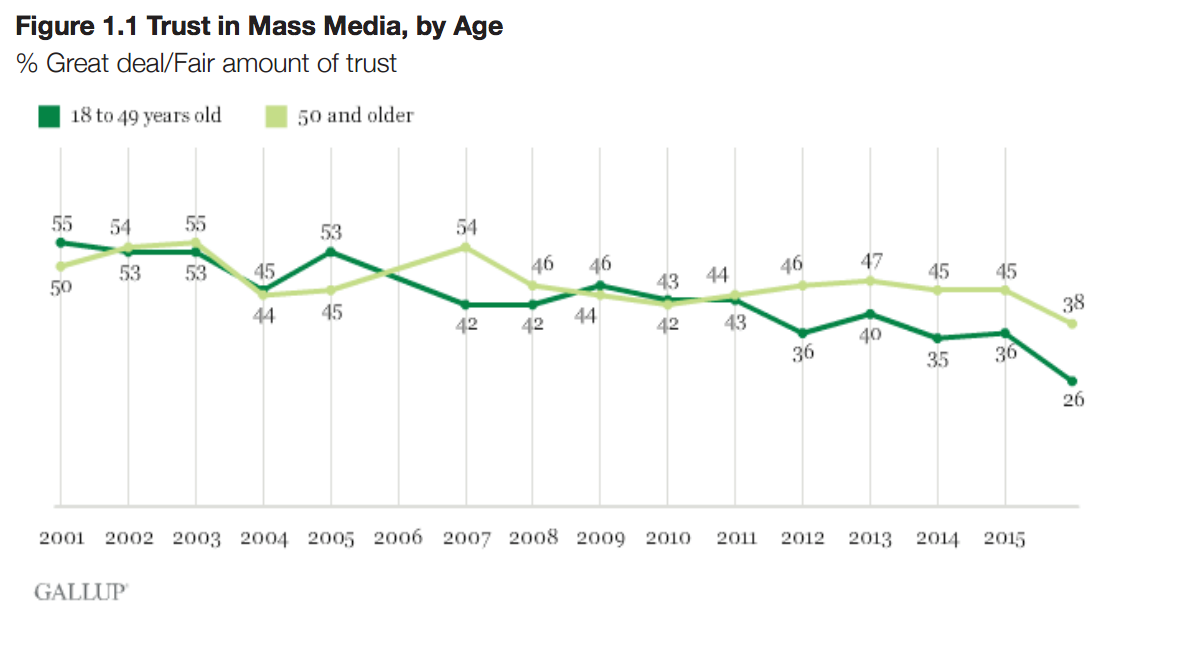 The report states that inevitably much of the blame for journalism’s woes, along with the trends toward fake and partisan news, has unfairly been laid at the door of Facebook algorithms. A more specific and articulate complaint came in September with the intervention of Espen Egil Hansen, editor-in-chief of Aftenposten, whose open letter to Mark Zuckerberg called for greater transparency and responsibility for understanding the context of what happens on the network. A Facebook algorithm had been unable to distinguish a Pulitzer Prize winning war photo from child pornography and had removed Nick Ut’s iconic image.

“You are the world’s most powerful editor”, wrote Hansen. Facebook restored the image but the incident highlighted again the limits of rule-based computer algorithms in understanding complexity, nuance and cultural difference. While Zuckerberg continues to insist that Facebook is not a media company, many of his employees have apparently started to question what its responsibilities might be beyond helping people stay connected

Fake news is not new but as Mark Thompson points out in his new book Enough Said, “our digital eco-systems have evolved into a near perfect environment for distorted and false news to thrive”. In the last weeks of the US election, according to an analysis by Buzzfeed News, fake stories such as the Pope endorsing Donald Trump and Hillary Clinton selling weapons to ISIS outperformed real news on Facebook with more shares, reactions and comments, the report notes. 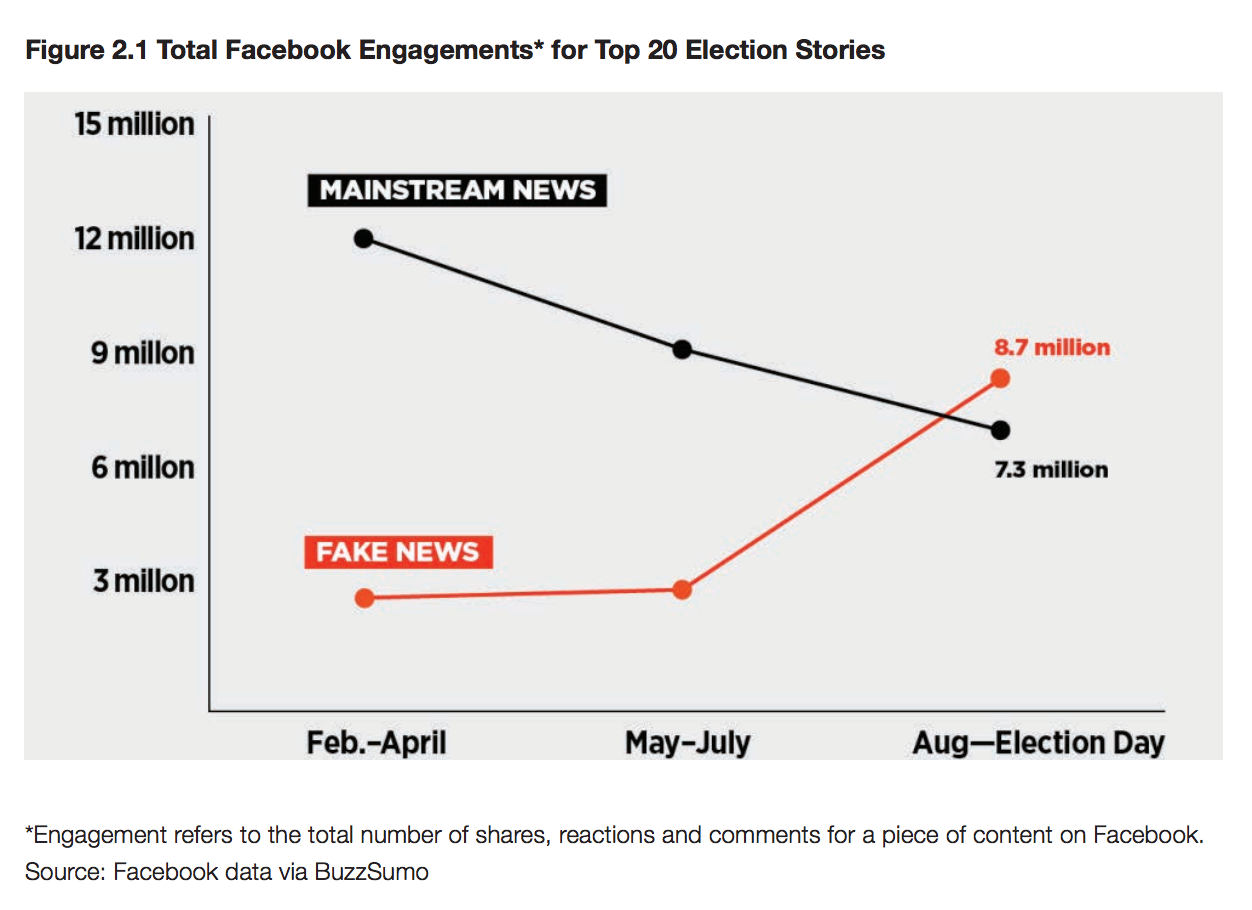 There is a danger of exaggerating the extent of fake news. Mark Zuckerberg argues that it amounts to less that 1% of what people actually see in their newsfeed, but the election has made a long-standing issue around fake and misleading content much more apparent. The Reuters Institute study notes that in almost all countries more people now rely on social media as a source of news than printed newspapers. More than one in ten (12%) now consider social media as their main source of news and around a quarter of adults under the age of 25.

“But solving these problems is going to be complicated by a difficulty in defining fake news in an era of increased partisanship and polarisation – not least with the next president of the United States himself an enthusiastic practitioner and sharer of fake news,” the report states.