NEW DELHI: This week, a federal appeals court based in San Francisco is set to rule as on President Donald Trump’s executive order on immigration, after District Judge James Robart issued a restraining order against enforcement of the travel ban on Friday. On Sunday morning, the Ninth U.S. Circuit Court of Appeals denied a request to immediately restore the executive order. Meanwhile, about 100 technology firms -- including Google, Microsoft, Apple, Twitter, Facebook, Netflix and Uber -- filed a "friend-of-the-court" brief with the 9th U.S. Circuit Court of Appeals in San Francisco against the ban.

Over the weekend, United States President Donald Trump repeatedly criticised Judge Robart. “Just cannot believe a judge would put our country in such peril,” he posted Sunday on Twitter. “If something happens blame him and court system. People pouring in. Bad!” 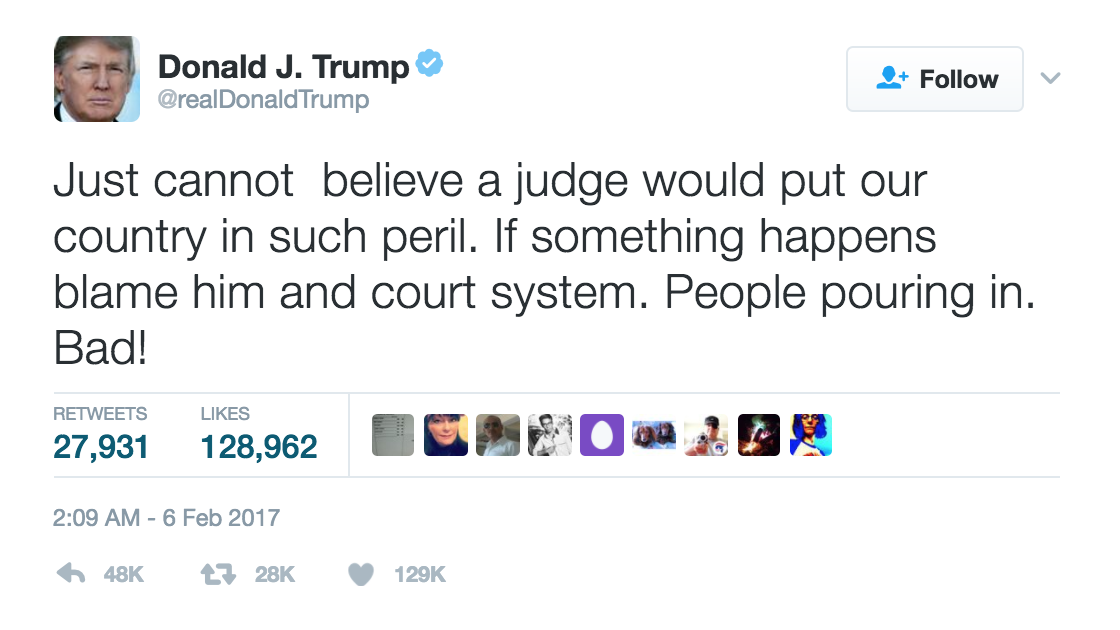 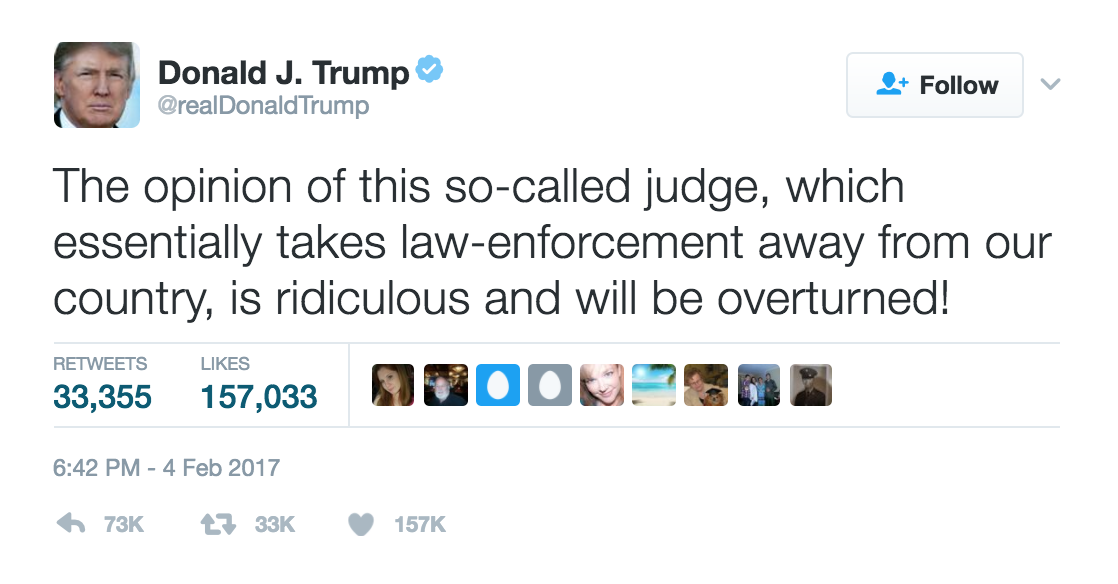 The US Justice Department, meanwhile, defended the travel ban, which was signed in by an executive order and temporarily banned entry for all refugees and visitors from seven mainly Muslim countries.

In a 15 page brief, the Justice Department argued that the order was a "lawful exercise of the president's authority" and not a ban on Muslims. The filing was made 9th US Circuit Court of Appeals in response to Robart’s ruling halting the order. It states that Robart “erred in entering an injunction barring enforcement of the order" and adding that “even if some relief were appropriate, the court's sweeping nationwide injunction is vastly overbroad.”

The ban since coming into effect has drawn widespread protests and led to legal battles, with the states of Washington and Minnesota arguing that as well as being unconstitutional, the travel ban is harmful to their residents, businesses and universities. Attorney Generals of 16 states have signed a letter condemning the ban, and lawsuits against it have been filed in 14 states.

A number of technology firms have signed a brief opposing the ban. They include Tesla, Apple, Google, Microsoft, Facebook, Twitter, Uber, Netflix and others, almost 100 companies in all. They companies filed a "friend-of-the-court" brief with the 9th U.S. Circuit Court of Appeals in San Francisco. They argued that the executive order temporarily banning citizens of seven Muslim-majority countries and all refugees "inflicts significant harm on American business." "Of course, the federal government can and should implement targeted, appropriate adjustments to the nation's immigration system to enhance the nation's security," reads the the brief. "But a broad, open-ended ban - together with an indication that the ban could be expanded to other countries without notice - does not fit the goal of making the country more secure. Instead, it will undermine American interests."

Highly skilled immigrants will be more interested in working abroad, in places where they and their colleagues can travel freely and with assurance that their immigration status will not suddenly be revoked," the brief added. "Multinational companies will have strong incentives ... to base operations outside the United States or to move or hire employees and make investments abroad." "Ultimately, American workers and the economy will suffer as a result," it states.

The brief can be read in its entirety here.