NEW DELHI: There is no chance of California breaking away from the United States and becoming a nation. Yet the idea is catching on. On January 27, California’s secretary of state gave the green signal to the group, ‘Yes California’, to go ahead with collecting signatures for the far-fetched proposal of the state seceding from the US.

The ‘separatists’ are required to collect 585,407 signatures before July 25 for ensuring a ballot in 2018. That is the first of many monumental hurdles to be overcome towards becoming a nation. The 2018 ballot, if – and, it is a very big IF – at all it happens, would only pave the way for a vote in 2019 on whether California should become "a free, sovereign and independent country." Thereafter, too, it won’t be a cake, for secession requires a constitutional amendment, supported by two-thirds of the US House of Representatives and the Senate; and, ratification by at least 38 of the 50 states. Thus, it can be written off as ‘Mission Impossible’.

Yet the issue has caught the imagination of many sections, and the pros and cons are debated for what such a movement signifies. To many, Calexit -- no longer confined to the fringe group which first floated the idea in 2014 – is symbolic of the popular tide of resistance to President Donald Trump. It signifies a rejection of Trump’s values; and, a vibrant assertion of aspirations rooted in liberty, diversity, democracy and in the many freedoms, rights and entitlements that are endangered by the rise of Trump.

In that sense, Calexit -- also known as Califrexit and Caleavefornia – shows the resolve of influential sections to impress on people at home and abroad that President Trump’s ideology is repugnant to the ‘Idea of America’ as cherished by liberal democrats. Understandably, then, though it is very far from making any impact on the political landscape towards its goal (of breaking with the US), Calexit has found a place in the American mindscape. It has served to draw wider attention to the issues and concerns that have exploded on the agenda in the aftermath of Trump’s election. Among Calexit’s prominent supporters is Silicon Valley’s Shervin Pishevar, co-founder of Hyperloop. 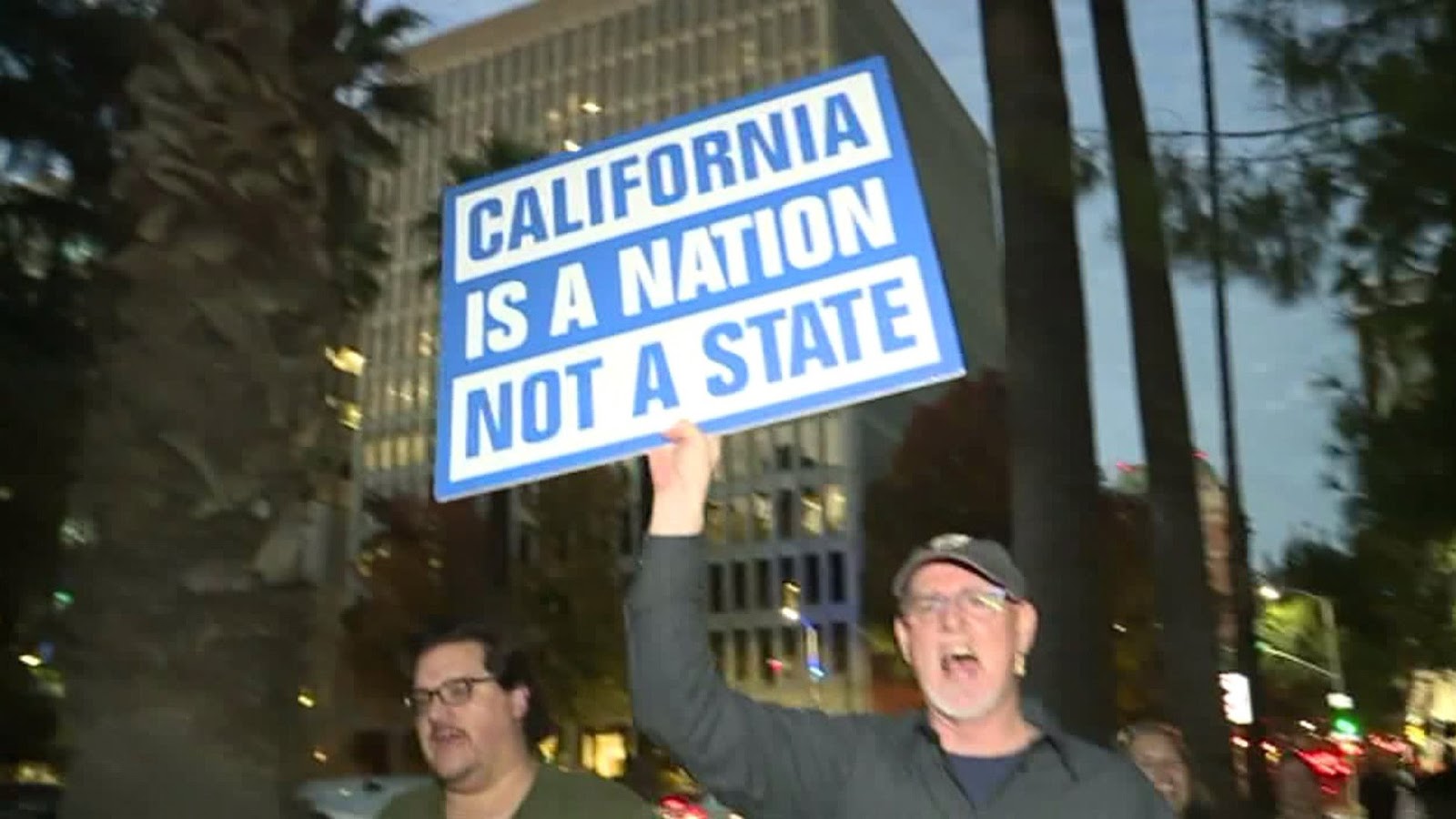 California, America’s largest state, takes pride in its cultural and ethnic diversity, its liberal traditions and even “separateness” from the rest of the United States. It has the maximum electoral-college votes (55) and, 61.5 per cent of Californians voted for Hillary Clinton against 31.5 per cent for Trump in the presidential contest. California revels in its status of not being in tune with rest of the US, and many Americans despise California for this “cultural separateness”.

However, Calexit has stirred a debate across the country and almost every American I know (and, don’t know) has a view on it. I asked a few friends for their take on Calexit and found their responses interesting as well as insightful.

Richard Dunham, formerly president of the National Press Club, Washington, White House correspondent for Business Week and Washington bureau chief of the Houston Chronicle and Hearst Newspapers, pointed out that there is no chance for a Calexit for two reasons: the populace doesn't want it and it would spark a civil war. The last time states seceded was 1861.

Dunham said: “It’s not serious to talk about Calexit, but it is serious to talk about CalResistance. California, which gave Hillary Clinton her largest margin of victory in 2016, is adamantly opposed to the Trump agenda, from immigration to Mexico to protectionism to religious tests to anti-environmentalism and climate change denial. The state's governor, legislature and attorney general are united against Trump policies. They will speak out vociferously and challenge the policies in court. During the Obama years, Texas was the state that repeatedly -- and successfully -- challenged the president's use of executive power. That role will now be assumed by California.”

Pamela Tobey, formerly of the Washington Post and now Visual Director of Beijing Review thinks Calexit is shortsighted. “I don’t know how well California would work as a country. I wonder if it is just symbolic.” However, Tobey is clear that “We need California to help fight against Trump.”

Jesse Field, poet, scholar on China, Harvard alumnus and teacher, places Calexit in perspective by pointing out that the real issue here is polarisation. “Trump's first 10 days in office has exacerbated divisions between supporters and critics, sowing deep divisions in the bureaucracy as we see from the turmoil in the departments of Justice and State. America's challenge ahead is to stay calm and focused, to formulate policy goals in terms of administrative action and party politics. Kudos to California for becoming the vanguard of the resistance.”

Field said the intense rancour between Trump’s supporters and opponents is putting tremendous stress on the country. “Conservative journalism like National Review generates narratives that apologise for the White House, while the The New York Times pounds his policies every day. Both risk exaggerating the bias and so widening the gulf still further”.

As a US history teacher, he wonders how today’s division in American society compares with the mounting tensions of the period 1800-1861, when the expansion of US territory “drove us into a debate over slavery. Secession actually occurred at the end of many years of a bitter and violent conflict, and marked a new stage, open war. I take some heart in the idea that we are not as divided in America today as we were back then. But, today’s divide involves social media and media that serve to spread faster things like stories but also anger and the drive to secede.

Field is convinced that secession is no answer “though it's a sign that Californians are righteously indignant that the President does not speak to their values. Texas felt the same under Obama.”

Geetha Raman Subramanyam, a New York teacher in an international school, thinks Calexit will be a mistake. “There are other blue states like New York and Oregan that are also progressive and dislike Trump, and the nightmare we are in.”

To Subramanyam, the Democrats seem powerless and beaten; and, the Republicans “are hypnotized by this preening, bragging, self-absorbed, egotistical man they are supporting”. She says she is not surprised that California wants to secede. “But I would rather that the blue states join hands and remove Trump. Calexit represents the general disgust felt in this country by liberals with the election results. It is a bold, but, in reality, a movement that will not succeed.”

Allison Goldman, doing her PhD in political science at the University of Toronto and now travelling in Los Angeles, feels it's not going to happen and would be a disaster. “I don't think Trump would let California go easily. It could lead to a police state or civil war,” she said.

Ajit Sahi, senior journalist who was in the US observing the presidential elections last year, says that it won't happen. “It can't. But it will bring further focus on the big divide in America. Trump is discovering that politics can be dogmatic but governance can't.”

Adam Robbins, Harvard alumnus and editor of a Beijing-based magazine, observed that Calexit seems to be an outburst from upset liberals, and would be devastating to both California and the US. “I am more intrigued by if there’s a lot of California money to prompt a constitutional convention – that convention would probably let down the California cause in the end, but could potentially propose many changes (like a limit on corporate cash in elections) that people have sought for a long time.”

These responses show that although Calexit is too remote to become real, some of America’s best young minds are exercised over what Yes California -- as a reaction to President Trump -- means.

Shastri Ramachandaran is a veteran journalist specializing in foreign affairs and geopolitics.