MUMBAI: Making movies can be exciting, engaging, epic, heartfelt, purposeful... and that’s what young film students from 17 colleges across Maharashtra discovered as they got on to doing a very important assignment: creating short films to sensitise viewers about the heinous, yet completely invisible, crime of child abuse.

Eight months later, as everyone gathered in Mumbai recently for a special screening, film-after-film brought up somber yet subtle nuances of the kind of abuse that children and young people encounter in their everyday lives. Dramatic, sincere, reflective, deliberate and inspirational, the movies achieved what they had set out to do – raise awareness and spark a conversation around addressing child abuse.

The films were made as part of a short-film competition organised under the aegis of UNICEF Maharashtra, as part of its efforts to raise awareness on violence against children as well as motivate the youth to understand and speak up for child rights. To equip them to embark upon a rewarding cinematic journey, the participants – students of mass media, who are relatively new to the process of film-making – had to undergo a one-day workshop that not only covered important technical basics but also relevant information on what qualifies as child abuse, how to create sensitive on-screen portrayals, maintain confidentiality, adhere to the protocols of working with child actors and be mindful of ethics. 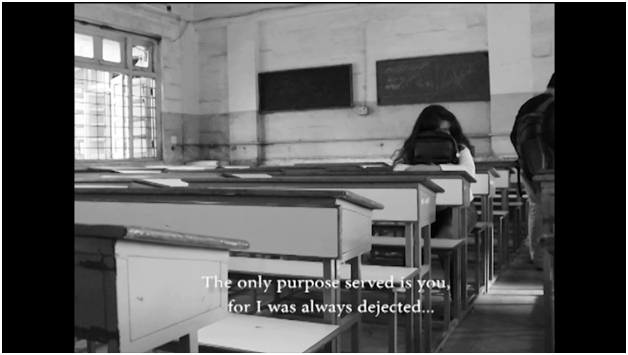 According to Shreyas, a student filmmaker, “Exploring the available material on cyber bullying, corporal punishment and child sexual abuse (CSA), the three themes under which the short films had to be made, definitely proved to be an eye-opener. Researching for the project was quite very emotional and gut-wrenching. But more importantly, the competition presented us with an opportunity to do something about it and take a stand.”

Child sexual abuse emerged as the dominant theme, with impactful, creative narratives effectively conveying the pain and trauma of little ones who are caught unawares and unable to convey their fears. Interestingly though, the helplessness almost always gave way to knowledge, empowerment and hope. However, the films that caught the attention of the three-member jury comprising filmmaker and screen-writer Urmi Juvekar, National Award-winning critic Ashok Rane, and writer-director Ganesh Pandit, were ones that expanded on the theme, focusing on concerns that are not immediately perceived as abuse.

The winning entry, for instance, addressed the issue of body shaming, a subtle yet increasingly common form of abuse. ‘Thank You Letter’ by students of the Mumbai-based R.D. National College, despite being made by first-timers, packed quite a punch, with its stark, black-and-white images and poignant script. 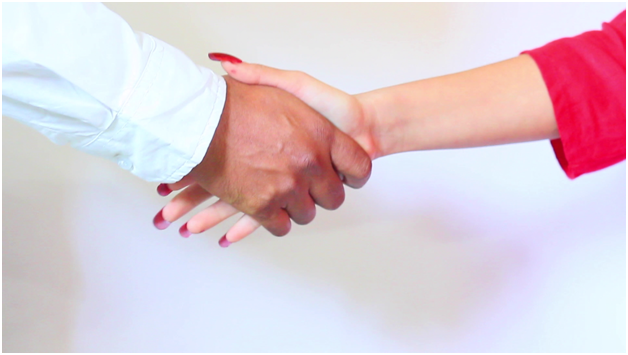 According to Juvekar, “The competition has been successful in motivating youngsters to deliberate on an important subject and join forces to make something meaningful. Although, off late, CSA has been getting a lot of space in the press and other media, it’s crucial to encourage young people to look at the lesser discussed aspects of abuse as well. Take cyber bullying; it’s a crime that is rapidly on the rise and is directly connected with them.”

For the participants, the process of making the films turned out to be an educational experience in every way. For example, most admitted that whereas they had always thought that beating children was normal, they were truly surprised to learn that corporal punishment is a serious child rights violation.

Indeed, their research threw up more surprises. A team interviewing children on corporal punishment discovered that the boys are thrashed more than girls, and that beating children over poor academic performance was more common in urban areas than in the countryside. Apart from their limited understanding of the gamut of issues that come under the subject of child rights, there was another tough challenge that most teams had to encounter in before they even got down to shooting – first, convincing parents to let their children act in the film and later explaining to the kids how to act in scenes, especially those that depicted sexual abuse.

“It was not easy to elicit performances out of children, as they were simply unable to comprehend the concept. By the end of the project, we had learnt so much about rights; we have started perceiving ourselves and the world differently,” shared Vaidehi Joshi of HPT College, Nasik. Joshi’s team picked up the second and third prizes.

Megha Vaidya, who teaches television journalism at HPT College and mentored the teams for this project, was happy to see her students do well. She said, “My entire class of 40 students has worked together to produce five films, two of which – ‘Going Back Home’, which deals with eve teasing, and ‘Scratch’, on sexual harassment – have been awarded. We are always keen on taking up such assignments because they are not only in sync with our syllabus but they allow students to ideate and focus on critical social concerns. Typically, most students take short films lightly and feel it will be a cakewalk because of the length. However, they have realised how challenging it can be to tell a story or convey a message in the short format.”

Just like Vaidya, Rane felt such rich experience will help budding filmmakers make quality films later in life. Offering the participants some constructive advice, he said, “Taking slick camera shots is not the same as making a film. It must share some insights about life. For newbies it’s crucial to watch good films, read good literature and have great exposure to the right issues that can be brought before people in a sensitive manner.”

The film project was indeed a huge learning curve for someone like Sandeep Rathod of MGM College, Aurangabad, for whom everything from making a film to coming to Mumbai for the awards event was no less than a landmark. “I come from a peri-urban area and do a part-time job besides going to college. Never had I imagined I would get to make a film and learn so many life lessons as I go about it. This project taught my friends and me to treat girls with dignity and speak up for the rights of children, particularly when someone misbehaves with them. I have even decided to continue to do socially relevant work in future; use my talents for some good,” he said.

If movies are a reflection of real life, albeit a more dramatic, larger-than-life one, then these youngsters have created montages and told stories that inform, sensitise and jolt viewers into recognising and taking action against the largely invisible crime of child abuse and violence.

Some visuals linger on long after the screen’s gone blank – a child beating her teddy bear to pulp in front of horrified guests; a teenage girl putting aside her overwhelming sense of helplessness and standing up to eve teasers; a handshake from which the girl is desperately trying to disengage; a little boy who firmly pushes away a man who’s trying to get handsy with him. Dramatic, sincere, reflective, deliberate and inspirational, the movies have definitely achieved what they had set out to do – raise awareness and spark a conversation around addressing child abuse.

(Cover Photograph: A still from ‘Going Back Home’, which deals with eve teasing.
Other Photographs: ‘Thank You Letter’, a film on body shaming, by students of the Mumbai-based R.D. National College packed quite a punch.
2.A moving image of a handshake from which a girl is desperately trying to disengage from ‘Scratch’, a short film on sexual harassment.)