GUWAHATI: International Women’s Day was given special significance by the women of Meghalaya’s Garo Hills who are fighting a tough battle to revive and restore the custodial rights of women. 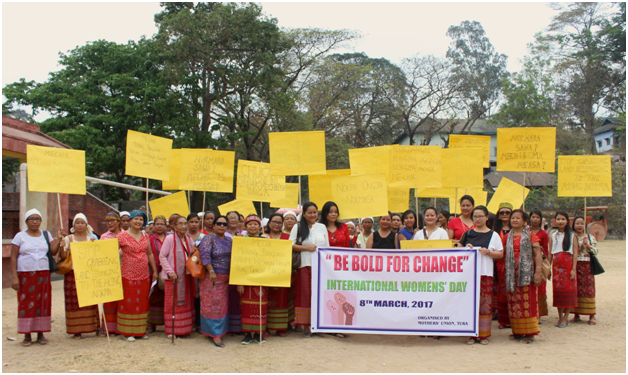 Traditionally women are head of a village, while their husbands are supposed to assist them but over the years things have changed, and men have usurped the decision making powers in the villages.

Mother’s Union, one of the oldest women’s organisation of Garo hills, established in 1941 raised a firm and loud voice in keeping with the 2017 Women’s Day theme: Be Bold for a Change. The effort was to pressure and convince the authorities to first acknowledge and then restore the traditional practices that place the Garo women at the helm of affairs. 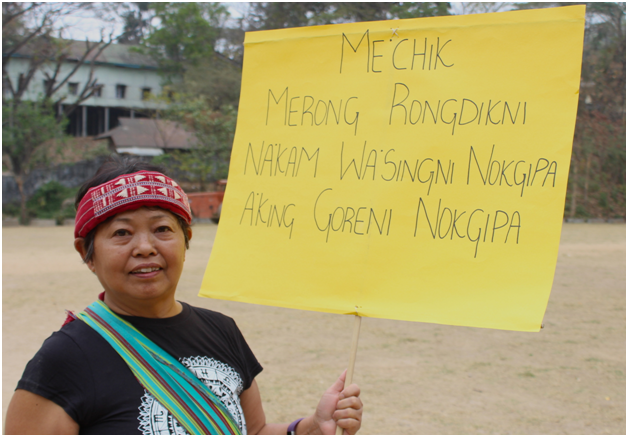 “In Garo society female descendants are recognised as rightful owners of the A’king land belonging to a particular mahari (clan). The female is therefore conferred with the title of Nokma and all the powers relating to the land are her birthright to be exercised on the advice of the chras (maternal uncles) of the clan”, Sume B Sangma, secretary of Mother’s Union said.

Members of Mother’s Union said that it was the responsibility of all educated women to create consciousness on the rights of the Nokma and empower the women of Garo hills. 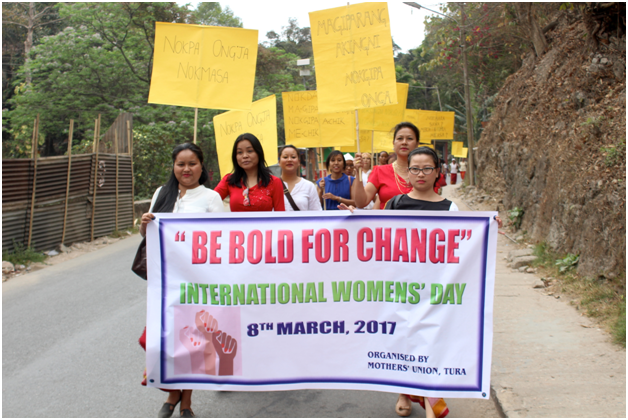 Nokma enjoys a very powerful position in a Garo society. In a village, all decision related to land and natural resources are vested in her.

“Husband of the Nokma is designated as male Nokma but only for the purpose that he may assist her in the execution of her land powers. However today it is seen that the men are actually taking decisions without even consulting the real Nokma”, Balsa Sangma, president of Mother’s Union said.

The activists felt that there was a perceived notion in society today that Nokma is a man, which is a fabrication, and not true.

“People understand that Nokma is a female but knowingly or unknowingly they assume that the husband of the Nokma for seeking decision on land and other resources in a particular clan land. This could be that most Nokma in rural areas are not educated and their husband takes the advantage”, Balsa added.

After holding a public meeting on March 8, the people took to streets and marched to the Garo Hills Autonomous District Council (GHADC) office, and submitted a petition to chief executive officer (CEM) Denang T Sangma seeking restoration of custodial rights of women.

In the petition, Mother’s Union said, “Many unscrupulous practices are taking place due to the irregularity in legitimating the husbands as Nokmas parallel to the inherited title conferred upon the women”.

They also pointed out to the CEM that many illegitimate male custodians of the A’king land are taking over the womens rights in the rural areas with sons-in-law and nephews also executing the land powers on behalf of the Nokmas. They are engaging in a battle to become Nokmas by indulging in many immoral activities and by influencing illiterate and simple Nokmas.