Puppetry: A Way of Life For Anurupa Roy

NEW DELHI: The art of puppetry is more than 3000 years old and has been revived as a prominent art form lately. Puppetry had a strenuous path and was never acknowledged in the same manner as other art forms have been appraised. With some new techniques incorporated in her shows of puppetry, Anurupa Roy, a puppeteer based in Delhi and founder of Katkatha foundation has been able to create a major space for the art, other than the conventional Rajasthani kathputli.

Roy was involved in this art form at an early age. “This all started when my mother bought me a puppet at a very young age and the idea of breathing life into the inanimate objects, made out of materials intrigued me a lot. I was fortunate enough that my parents were always supportive and there was no restriction or hurdles on my way, it has been a boon for me and led to my success,” she said.

Puppetry is an ancient theatre art form. It is more of an artistic expression of storytelling. Representational objects are used as characters, controlled by puppeteer, to unfold a drama. The human counterpart is on stage and behind, controlling the puppets. There are cultural variations in the outlook of the puppets all across the world.

Roy broke all the stereotypes and carved her career in an unconventional profession, which many still consider a hobby or a pastime. “Puppetry was just a hobby in the initial years. Over the time, I discovered that I wanted to be in this gamut of culture and this realization happened to me at a very young age. Now this is a way of living for me rather than a job.” Roy said.

One of the biggest barriers for professional puppeteers in India is that there is no course for the art. No degree, no diploma, no professional acknowledgement. To get a degree of the training in this artistry people have to travel to other countries. “Our entire focus on Katkatha Art Foundation is to make the whole approach towards puppetry serious and professional”, Roy said.

“I started Katkatha when I was doing my graduation. Twelve years down the lane, we have done several shows in India and abroad. We provide training for professional puppeteers as well.” 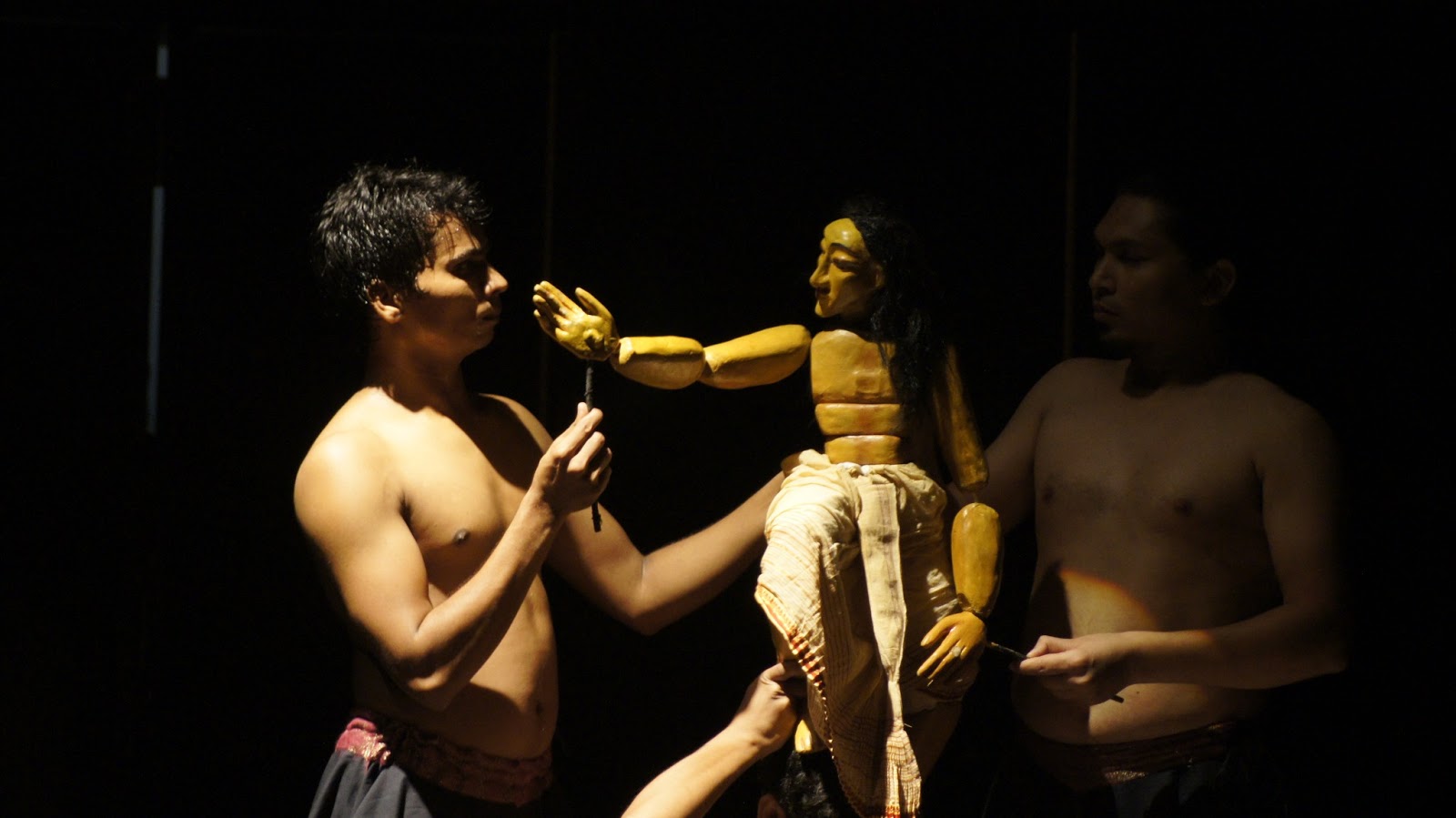 Katkatha foundation derives their techniques extensively from the Japanese art, Bunraku. According to Roy,“Bunraku is an art form that takes about twenty years to learn. I was exposed to this at Sweden during a puppetry course when I was studying in DI Dramatiska, University of Stockholm.”

Bunraku is an artistry where puppets hardly are attached to any kind of susupenders. The puppets are the characters and the puppeteers their counterparts on stage. At times, two to three artists manipulate the marionette. The puppeteers are wearing black robes. Sometimes the puppet overshadows the puppeteer, at others the expressions and acting of the artist might overcast the marionette, Roy explained. A single narrator speaks for all th characters in the show.

Roy was brought up in an environment where there was emphasis on this art form. Katkatha Foundation was started in 2001 when she was still doing her graduation. And since then, there has been no looking back. Twenty shoes are the repertory of this foundation.

Mahabharat had life size puppets in the performance,made out of a long stretch of silk fabric. Roy’s forte is the usage of metaphors with the body language of the character telling the story instead of an over-dependency on dialogues.

“From the inception of the idea to the frame work of the show and then the making of the puppets, Anurupa is involved in all the activities. And through her perseverance and labor in the shows she has been able to pull off such huge numbers of audience for puppetry,” according to Mohammad Shameem, the coordinator and supervisor of the Katkatha Foundation who has been working for Roy for six years.

Excelling in any art requires motivation and determination and Roy believes that there are good days and bad days and “I have seen both. At times audiences are going back criticizing the show and at others they are in tears and are so moved by the performances that they don’t want to go. While getting a huge audience and making them cry is a triumph, the ability to convince the people with my imagination motivates me most in life.”