ROME (IPS): Reducing gender disparities at workplaces by 25 per cent by 2025 could inject nearly 5.8 trillion dollars into the global economy and boost tax revenues, according to a United Nations report, ahead of the UN Labour Organization’s Summit on “A better future for women at work” on June 15.

The new report released by the United Nations International Labour Organization (ILO) informs that even though women are significantly less likely to participate in the labour market than men, once they manage to enter the labour market, finding work remains even more difficult for them their male counterparts.

“Helping women access the labour market is nevertheless an important first step,” said ILO, noting that in 2017, the global labour force participation rate for women –at just over 49 per cent– is nearly 27 percentage points lower than for men.

This figure is forecast to remain unchanged in 2018.

Further recalling the commitment expressed by leaders of the Group of the 20 most industrialised countries (G20) in 2014, to reduce the gap in participation rates between men and women by 25 per cent by the year 2025, the ILO report World Employment and Social Outlook Trends for Women 2017, estimates that some 5.8 trillion dollars could be added to the world economy. 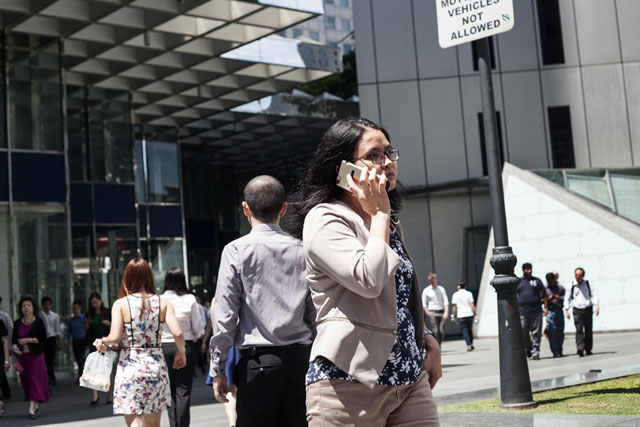 (A woman walks to work in Singapore. Credit: ILO/Giorgio Taraschi)

“This could also unlock large potential tax revenues, in particular in countries in the North Africa, Arab and Southern Asia regions.”

In addition to the significant economic benefits, engaging more women in the world of work would have a positive impact on their well-being since most women would like to work.

“The fact that half of women worldwide are out of the labour force when 58 per cent of them would prefer to work at paid jobs is a strong indication that there are significant challenges restricting their capabilities and freedom to participate,” said Deborah Greenfield, the ILO Deputy Director-General for Policy.

“The most immediate concern for policy makers, therefore, should be to alleviate the constraints that women face in choosing to enter the labour market and address the barriers they are confronted with once they are in the workplace,” she added.

Attitudes on Women and Men ‘Roles’ Have to Change

Furthermore, the ILO report also highlights the need to “redefine the roles” of men and women at the workplace.

“We need to start by changing our attitudes towards the role of women in the world of work and in society. Far too often some members of society still fall back on the excuse that it is ‘unacceptable’ for a woman to have a paid job,” said Steven Tobin, the lead author of the report.

The report also emphasises the need to promote equal pay for work of equal value; tackle root causes of occupational and sectoral segregation; recognise, reduce and redistribute unpaid care work; as well as transforming institutions to prevent and eliminate discrimination, violence and harassment against women and men in the world of work.

Policies should also address the socio-economic factors that influence participation by introducing policies that improve work-family balance, create and protect quality jobs in the care economy and target the macroeconomic environment and informal economy, according to Tobin.