Whorelight: The Prostitution of Light to Rescue Us From our Darkness

Linda Ashok, an Indian poet from Hyderabad-Kolkata, over the years has made her presence felt to a great extent. First, through the RL Poetry Awards that she’s been funding since 2013 and second, with her new book of poems, “whorelight” introduced by the famous UK based Hungarian poet, George Szirtes. Here are a few poems, and an interview with Linda.

Luckily, on Saturday 9, 2017 evening, rain had stopped in Kolkata as if it was in attendance of a book release at The Sonnet, Kolkata. Yes, talking about “whorelight”. Noted poet and professor of history at City College, Kolkata, made a very significant comment on the being of “whorelight” during its release. She said, “There exists no one way of reading a poem or redefining oneself in a poem. As I was going through “whorelight”, I felt it is a site for personal archaeology with spaces for other archaeologies too. Apparently her poems read as black and white but a second reading throws up myriad colourful emotions. If one is reading in a lento mode then he or she can write his or her own poetry as a reader.”

So, going back to the origin of how “whorelight” was coined?

It was in 2013, that I started to work on this manuscript and that time it wasn’t “whorelight” but “whorefrost”. I was happy with it because Google had no search results for it as well. It all changed when in July 2017 my publisher asked if I am ready to publish the book solicited in 2014. Since I was ready, I thought of reconfirming if the title is still good to go. It was unfortunate that now it is already in use by people who probably meant hoarfrost but ended up spelling it as whorefrost. Anyway, so I had to move on and think of an alternative close to the original one. So, one morning when the outside light was playing mischief with the curtains in my room, I realized how light engages with lives on earth to rescue them from their darkness. My heart questioned if the nature of light is promiscuous? Is it being a whore and if so, how much indebted we are to it. And hence, I wasn’t too far from falling in love with “whorelight”.

I see that you are not very distant from your work whether it is your poetry or your professional undertakings as a communications professional as appears on your LinkedIn feed. How do you maintain such intimacy and how much of that affects you or does it not?

Honestly speaking, it would be untrue if I say I am not affected. But of course there are levels and they vary. But you see it is just like members of a family living in separate rooms but the same house. And I believe this is the way to grow, grow together, be honest, and be able to assess the world by placing your ears on its pulses.

There are quite a few dedications in the book but overall it is for your dadu (mom’s dad). In fact there are those poems as well as if they are parts of a dialogue with someone very dear. In your acknowledgement, it ends with, “...thanks to the missing ones”. Would you be comfortable sharing a bit about this act of giving/remembering?

I was the kind of kid I would hate now because of how I would hurt my dadu if he bothered me too much. I loved him too but my hate marks on his body stay in my memory till date. I was 12 when he lost his voice and I felt he was lying. In 3 months’ time, he suddenly passed away. The day his rites were fulfilled, I was running high temperature and was completely disoriented for a month. I feared going out. So, yes, I would say that I am able to write this book because he didn’t come around to take me along, and in love, in seeking forgiveness, in memory of every kindness from his end to me and my family, I’ve dedicated the book to him. And then, I mostly write in retrospection. This act is partly therapeutic and partly a practice of relieving oneself from things not in control or beings not in touch with.

The poems in “whorelight”, are not the same in style throughout. For example, the few poems dedicated to A.B, are very dense in imagery and craft as if they are withholding too much, while poems like Glass Kids of Firozabad, Early Lessons in Violence, Whore, etc, are much accessible as they speak to the readers.

True. It is just like how light works on marble surface much differently than how it would on a matte surface, or in water or varnished surface. 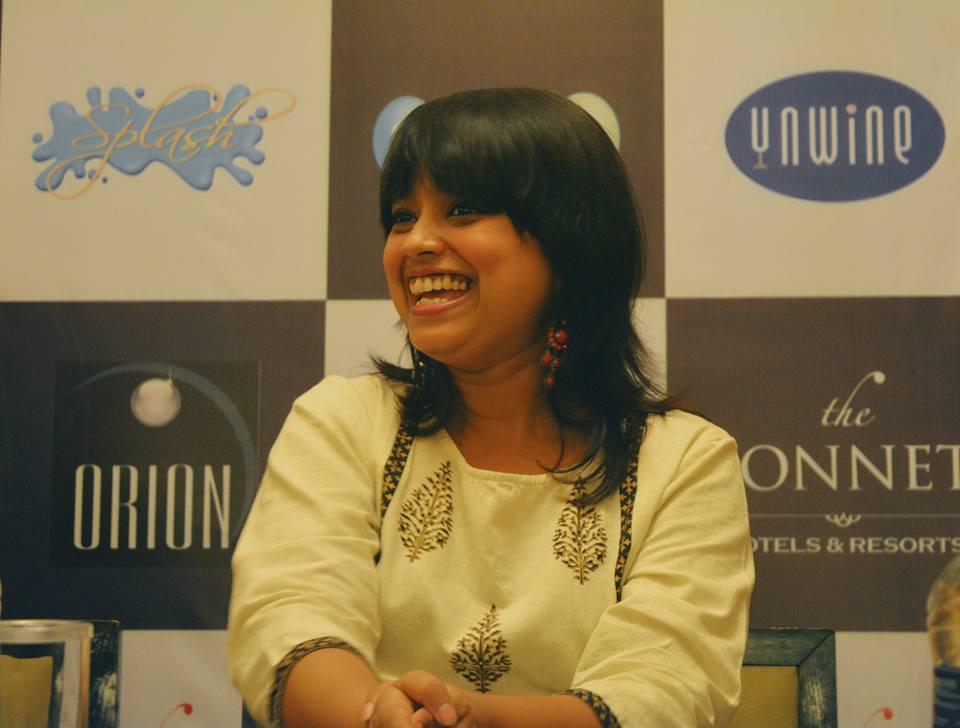 Well. This is certainly something to ponder. But moving on, how did you meet George Szirtes and what was the feeling like working with such a literary stalwart?

I met the George during my CWIT fellowship at the University of Chichester, UK, this year. First, at the Saison Poetry Library in Southbank along with Marzanna Kielar and Jacek Dehnel discussing Polish Literature, and later, at a patisserie in Old Compton street in London. Although, my manuscript was already with him but that meeting helped him understand me as a person and my intent as a poet, my writing, my background and so much. Despite how comfortable he made me feel, as a poet my deep respect for him and his work always held me back, so the foreword happened very professionally. I edited a lot, incorporated his suggestions, and through a couple of rounds of revision, over a span of 13 months, I finally received his word. I was even ready for a No but then I am only grateful that he invested so much of time in understanding and introducing my work. In fact, much like meeting George, meeting Malika Booker was also quite an experience as one may find in acknowledgements.

Lindaashok.com takes one to her published works. What about the unpublished ones, I mean your share of rejections and how do you deal with them?

I deal? I don’t. But yes, it upsets me when I notice a kind of pattern on works being rejected due to the publisher’s reservation against the browns or rather, Asians outside America, or the ones without an MFA. Such biases trouble me to an extent. But thanks to my configuration, I can’t dwell in anything sad for too long. My optimism calms me down and places me in for a something better and deserving of hope.

(Chandrani Ghosh is a primary English teacher from Kolkata. She enjoys reading and painting when not teaching.)