As the Audience Senses the Naked Truth

They don a womanhood beyond heteronormative notions

Based on the daily struggles of the Trans community, ‘Stories Forgotten to Tell’ is a play performed by a community of transwomen, the Dwayah Foundation in Kerala, narrating the social biases, bitter experiences and stigma the community face routinely.

With a stellar cast from the community including actresses, makeup artists, models, dancers and activists like Sheetal Shyam, Renju Renjimar, Harini Chandhana and others, the team began their theatrical journey with this play in January last year.

‘Stories Forgotten to Tell’ picks up current issues like Trans entry into Sabarimala, Section 377, the Kochi metro project and numerous other personal anecdotes of harassment at the hands of institutionalised bodies like the police, doctors, shopkeepers and the general public. A satirical production, it subtly yet powerfully mocks society.

“Since the beginning of our journey, things have been changing with time. It is a way to express how to fight and survive in this society with dignity,” said Ananya, a transgender makeup artist.

The play is the scene of mature acting, the performers’ vivacious and bold demeanour, puns and humor, a strong chorus and an interplay of lights all of which override language barriers with zeal. The characters also provide accounts of their hopes and aspirations, their little joys in life that give them a sense of belongingness and security within the realm of this harsh reality. 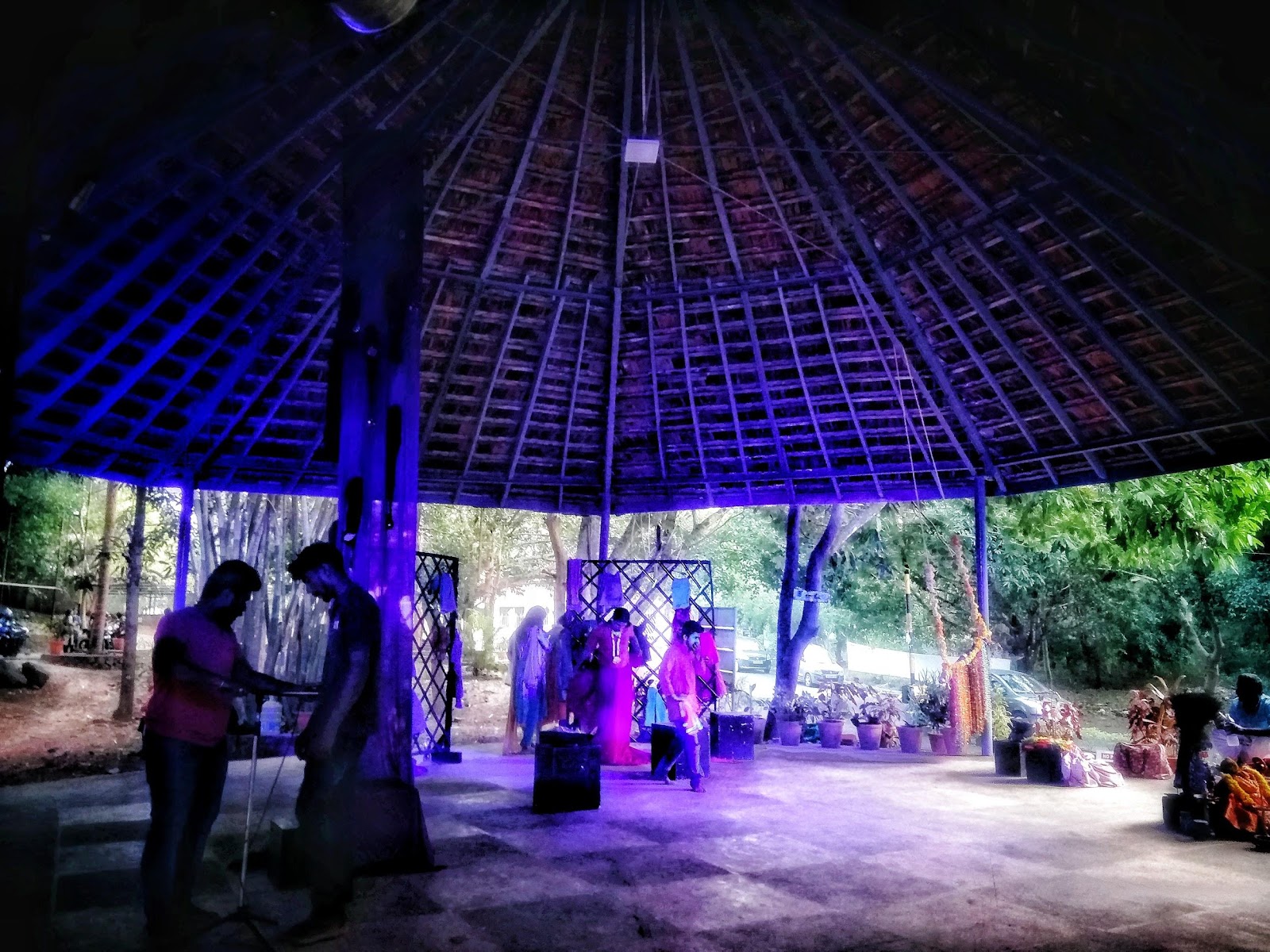 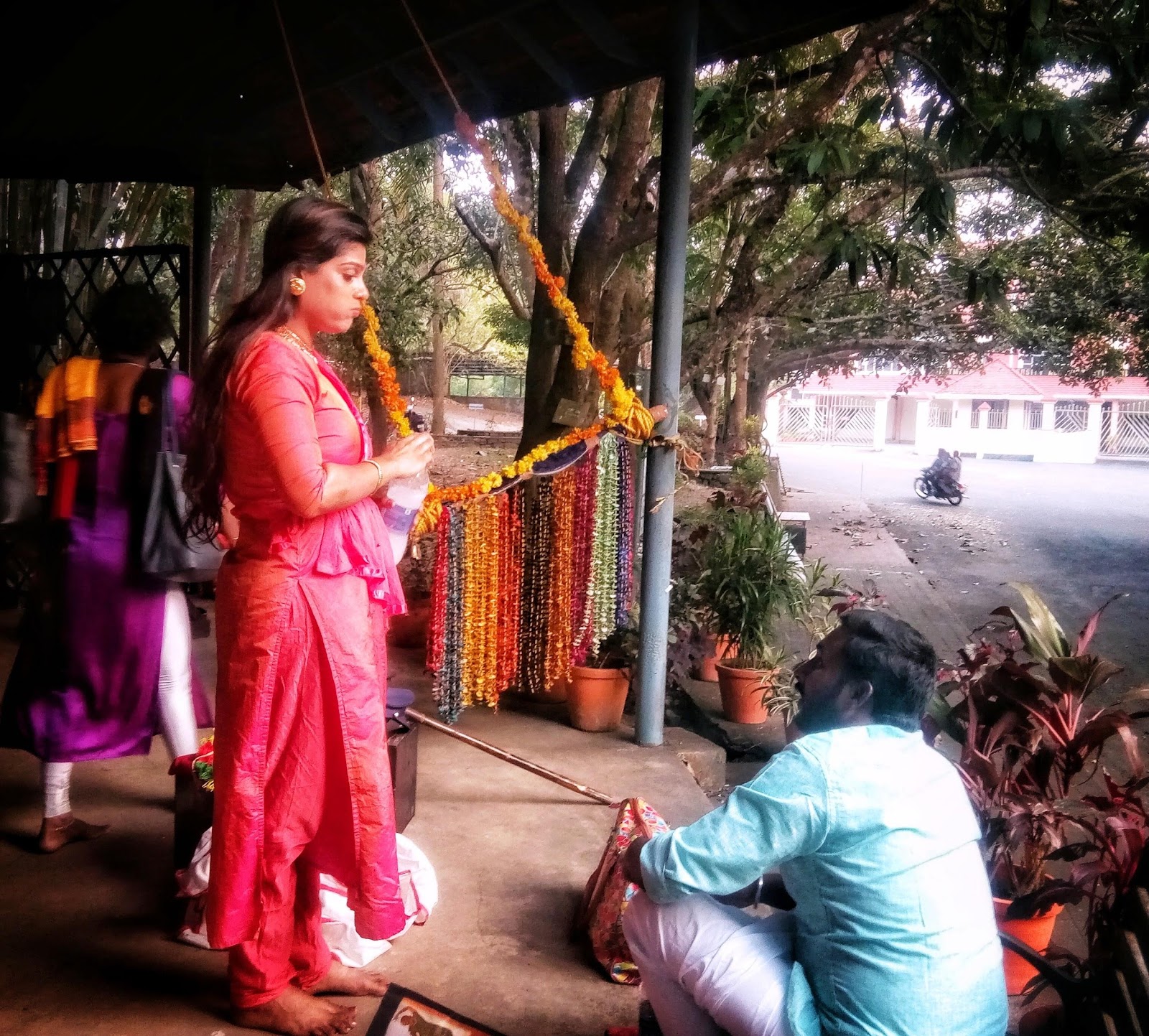 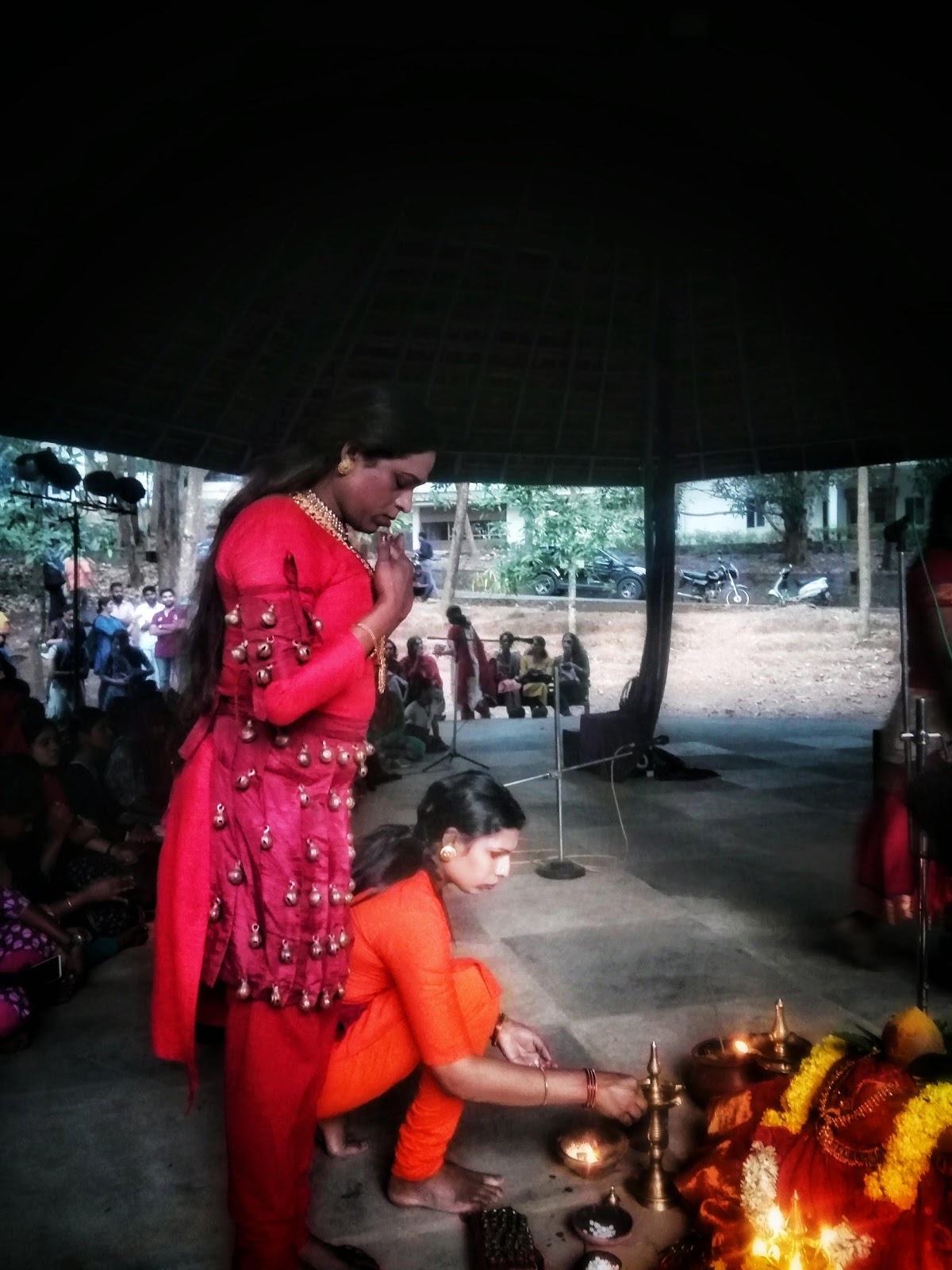 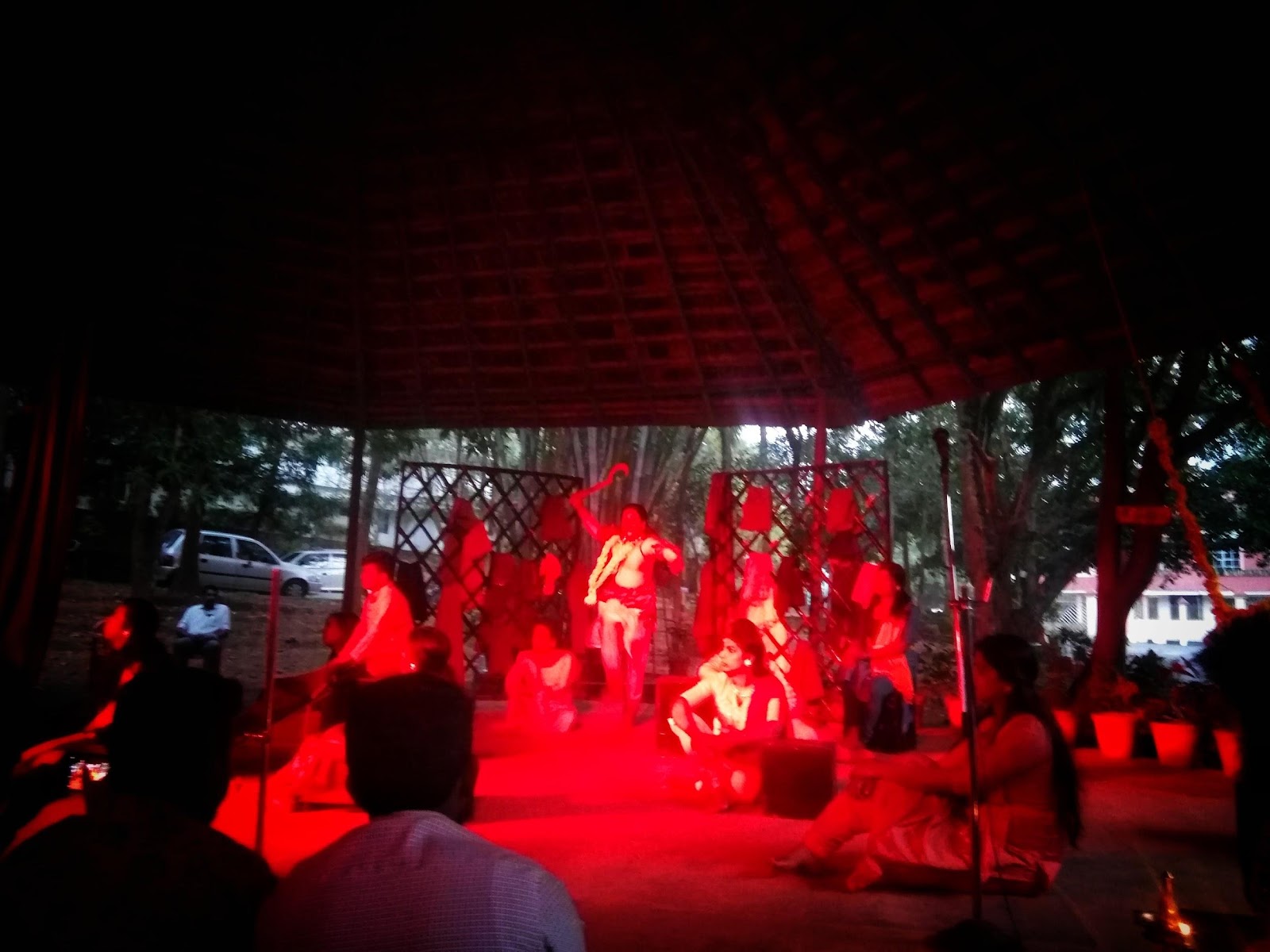 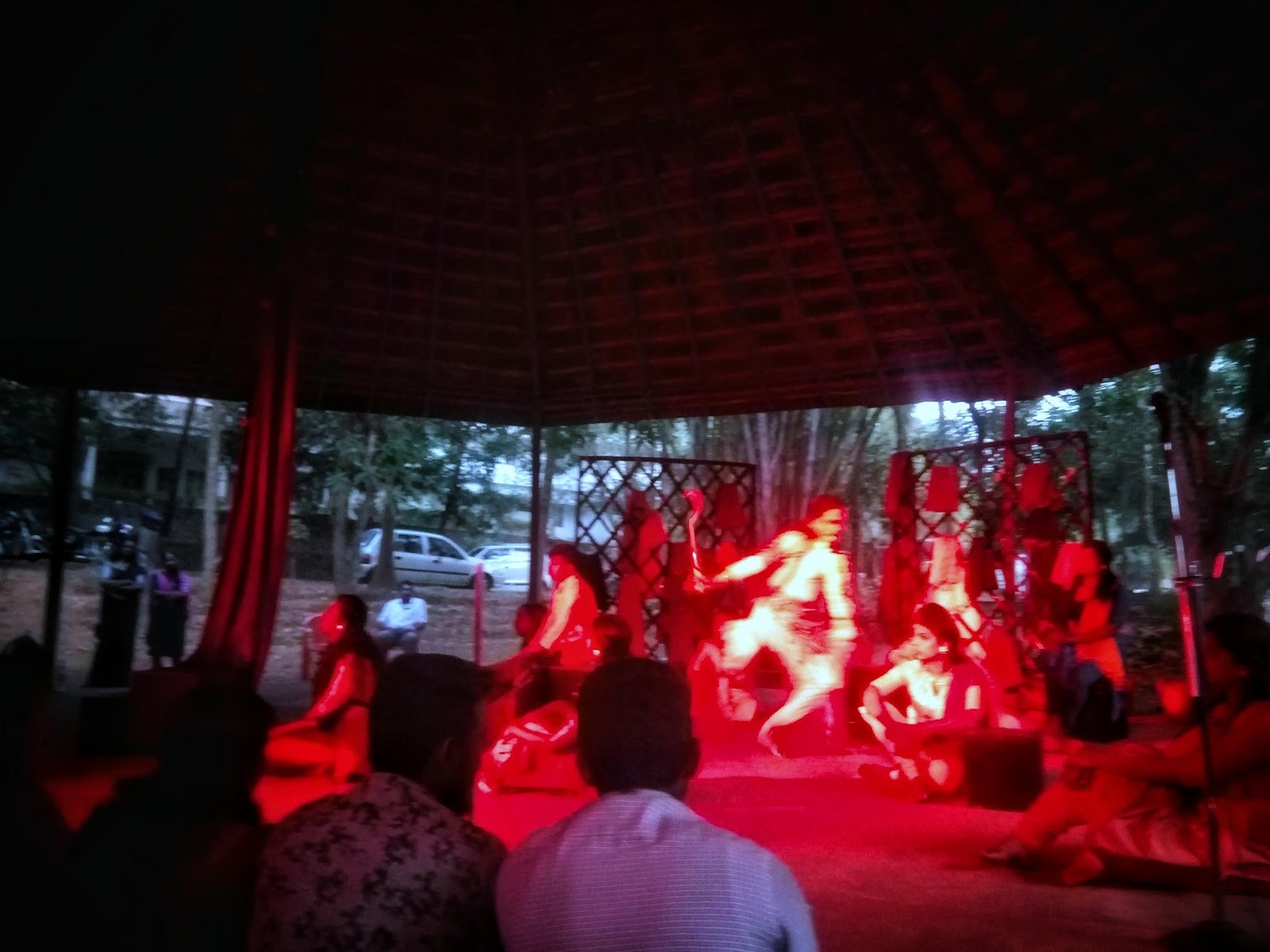 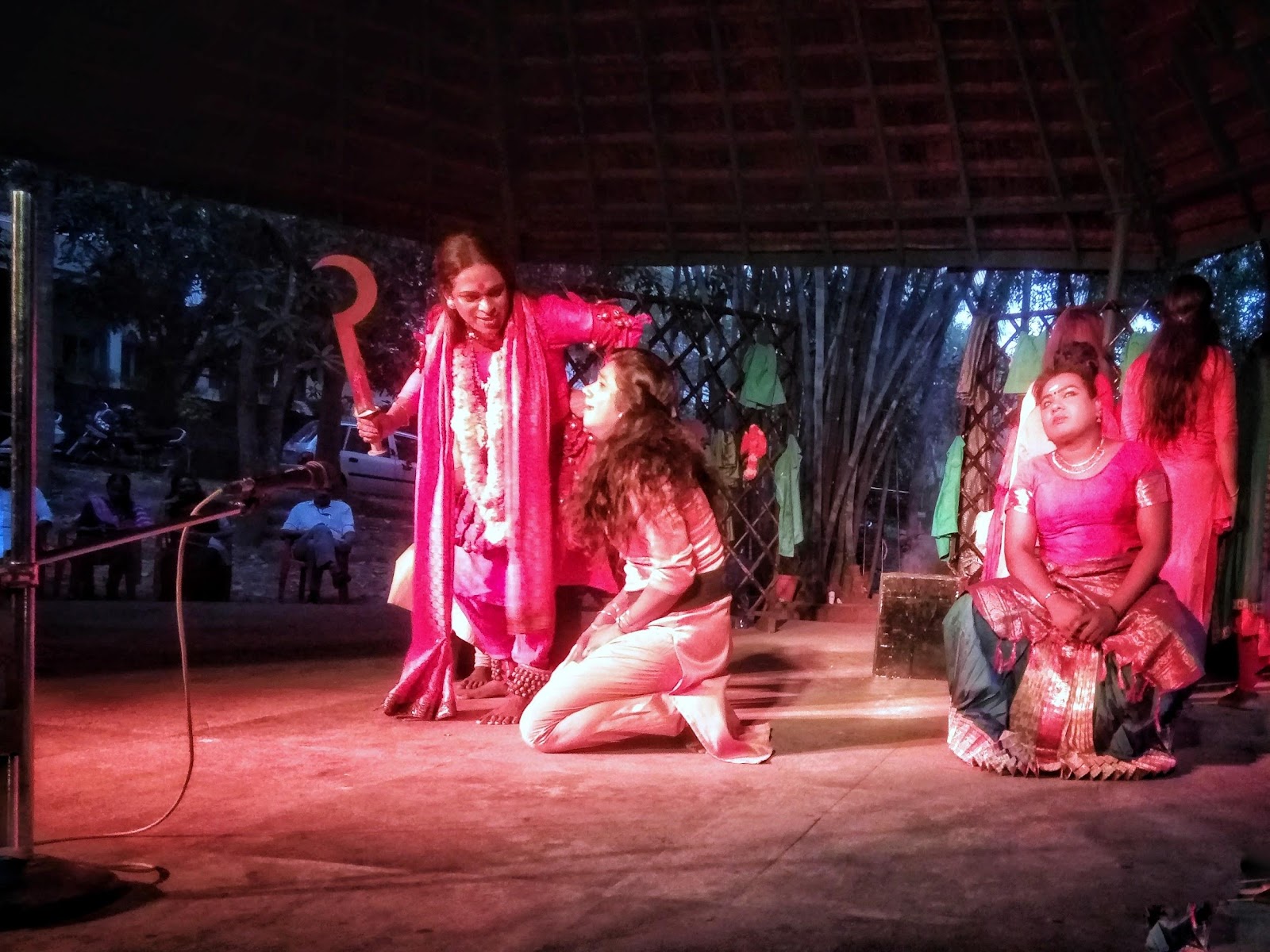 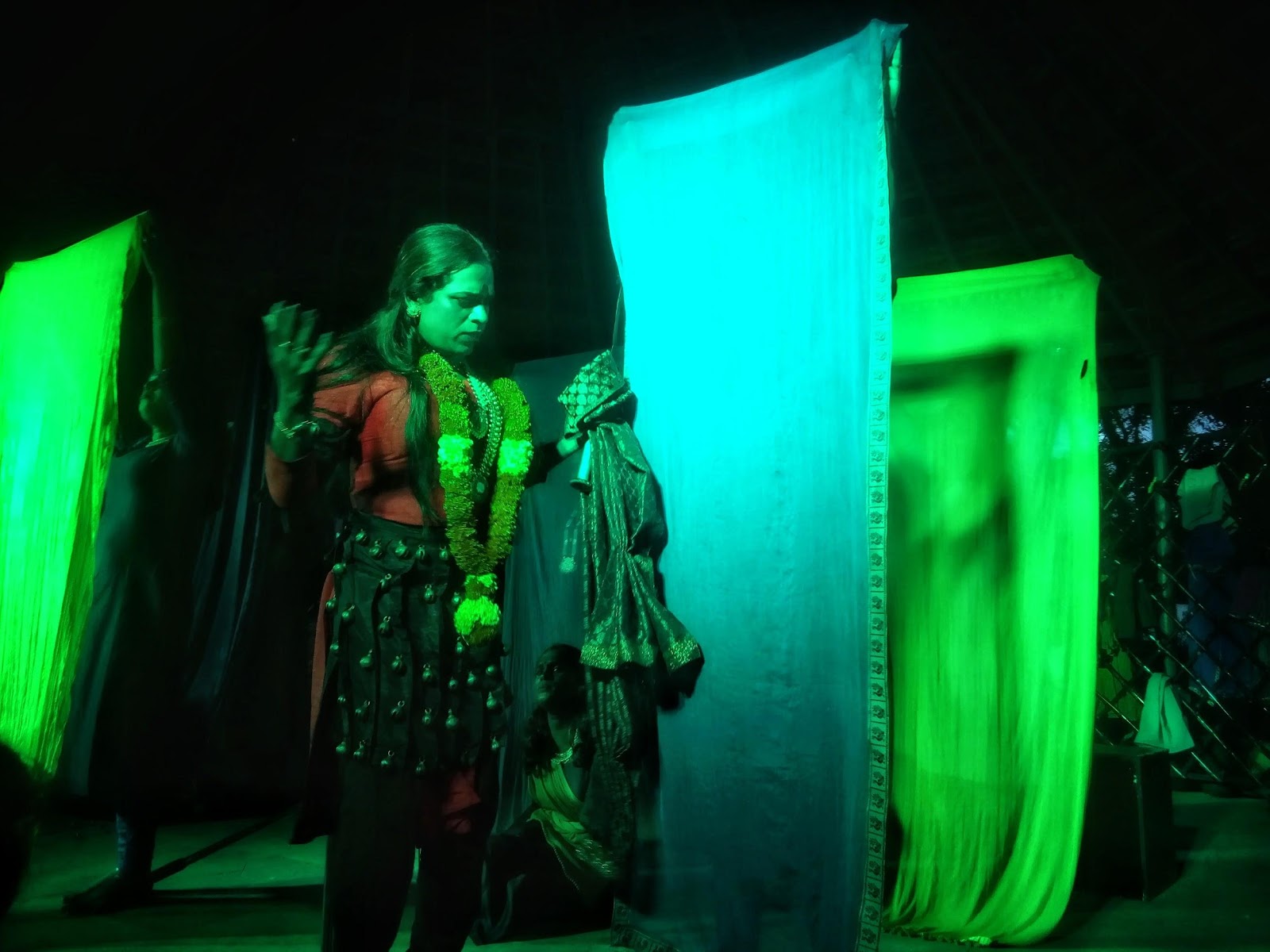 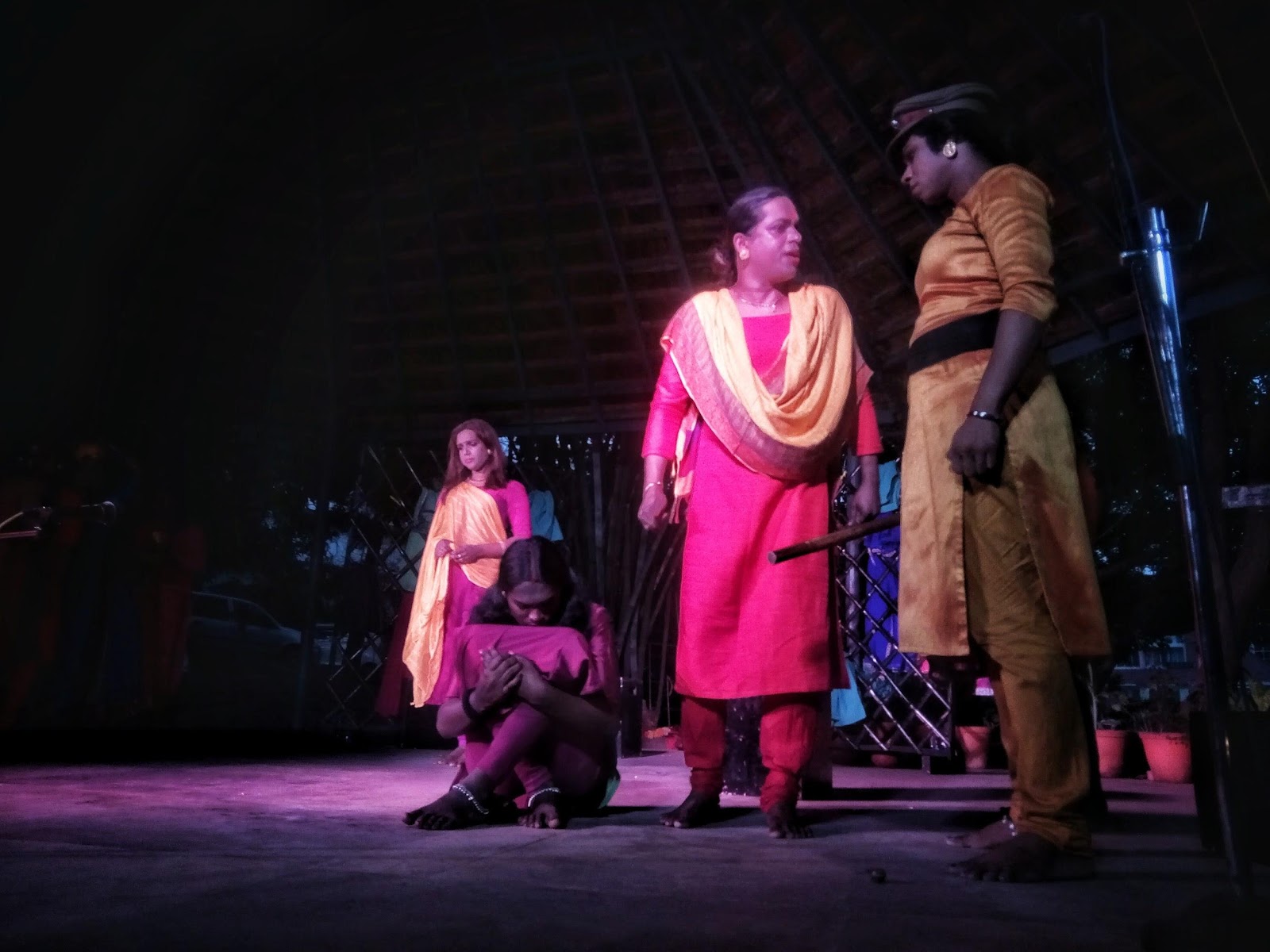 Police misbehaving with transwomen when they complain about being harassed 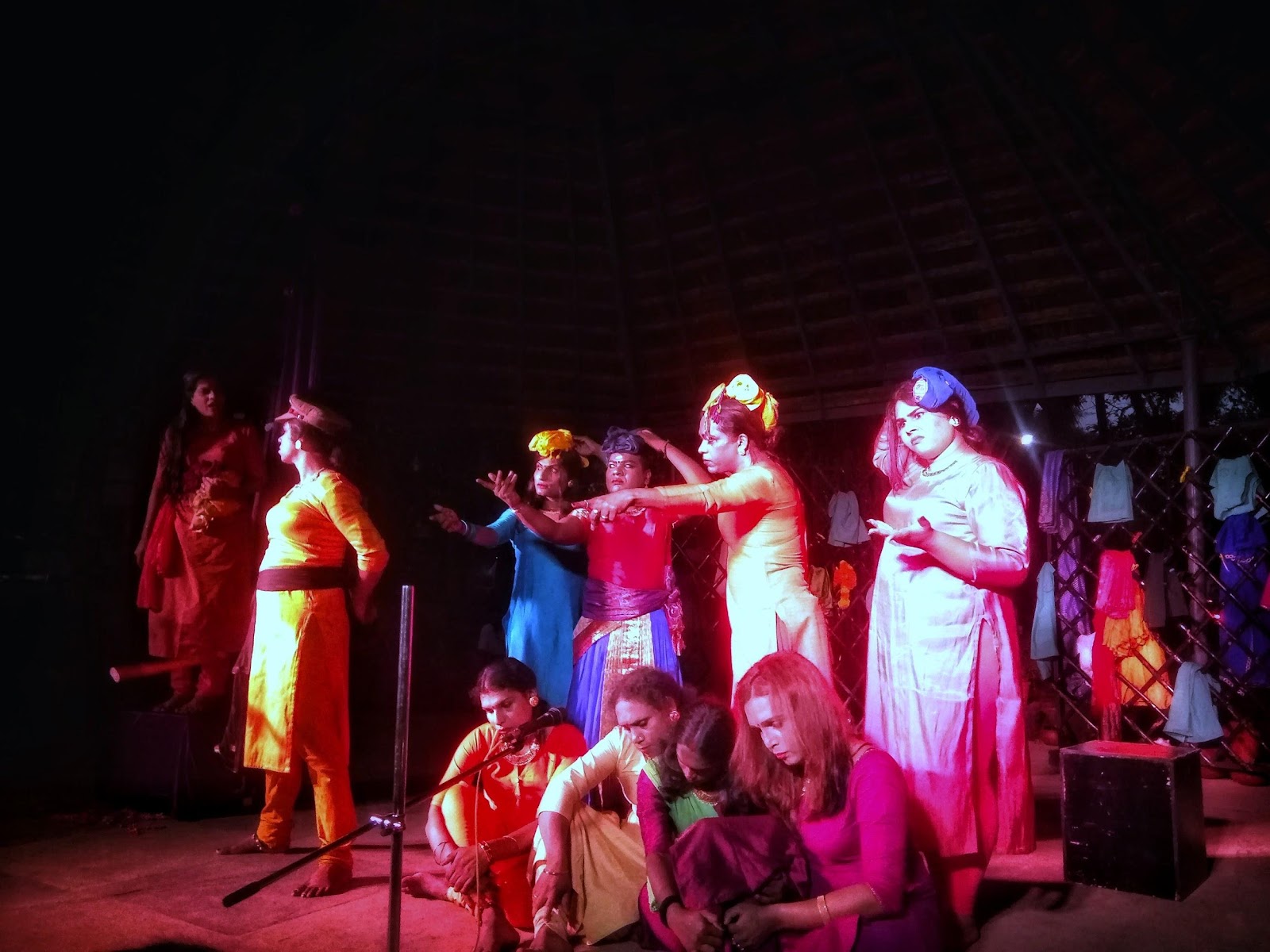 Recreation of scene where four transwomen were denied entry into Sabarimala and were heckled by police, being allowed in only after much difficulty 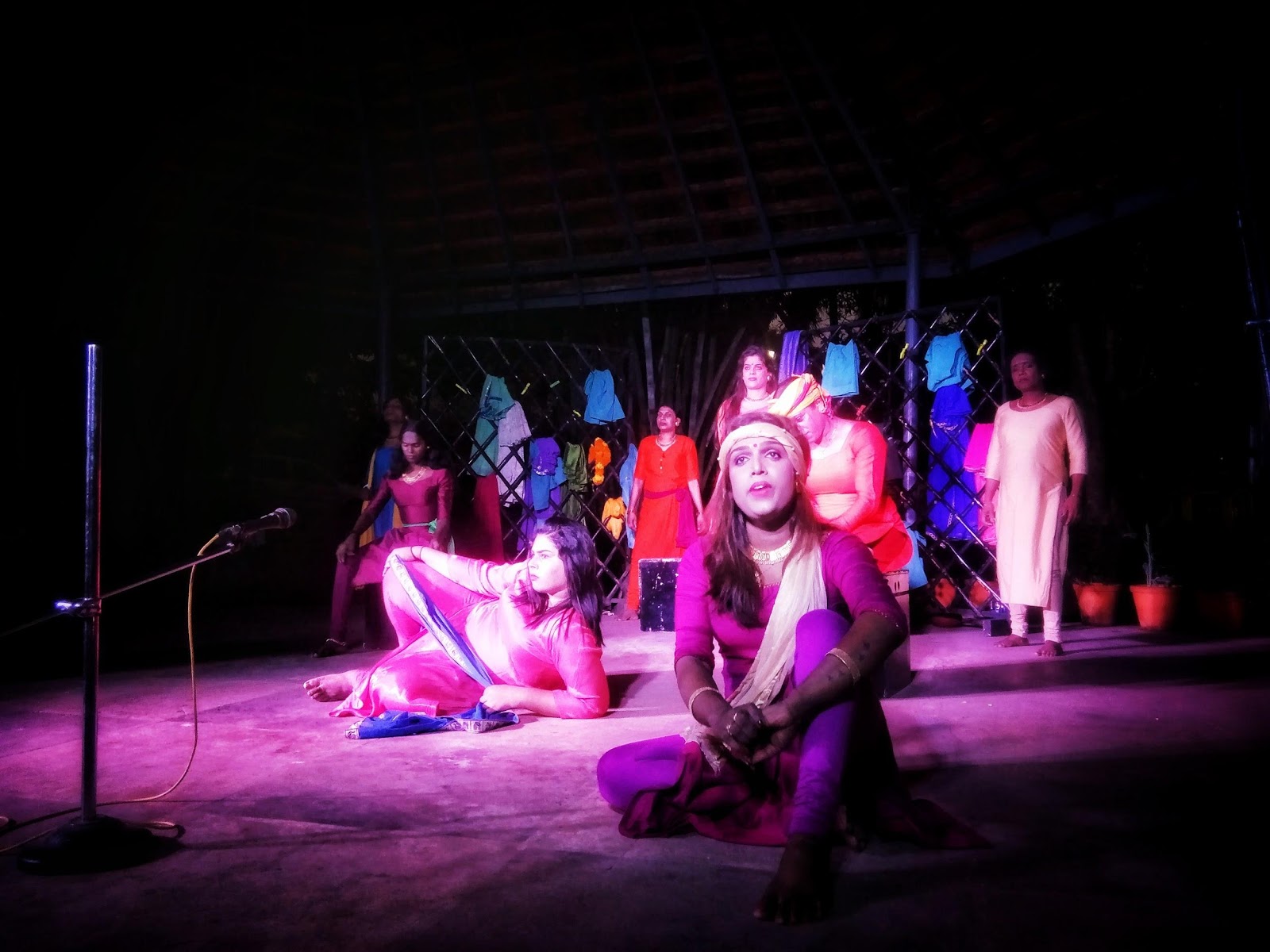 Vignettes showing different stories of transwomen and their plight 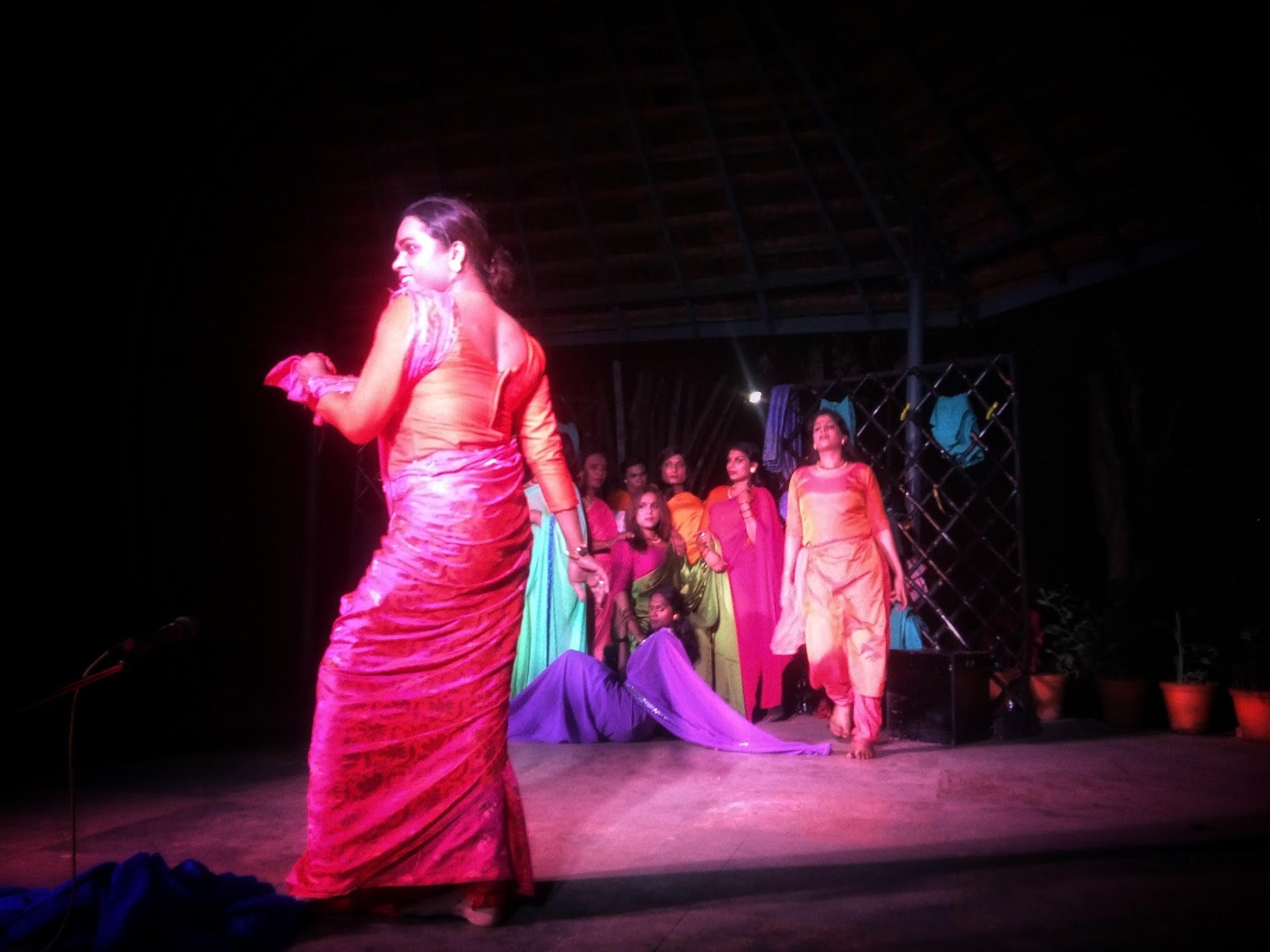 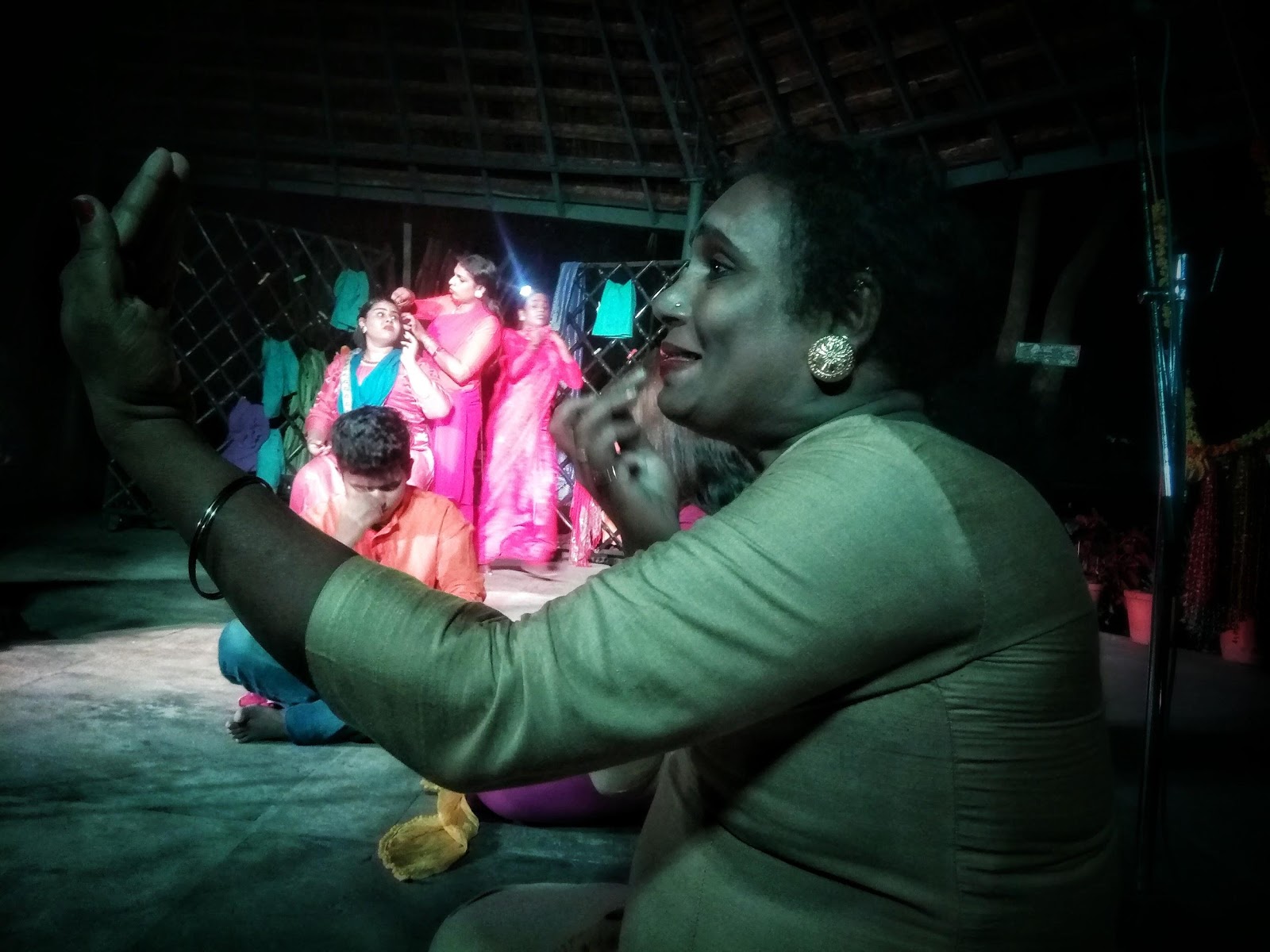 A still showing their realisation of femininity through acts like embracing feminine clothes, wearing makeup, and donning a womanhood that goes beyond heteronormative notions 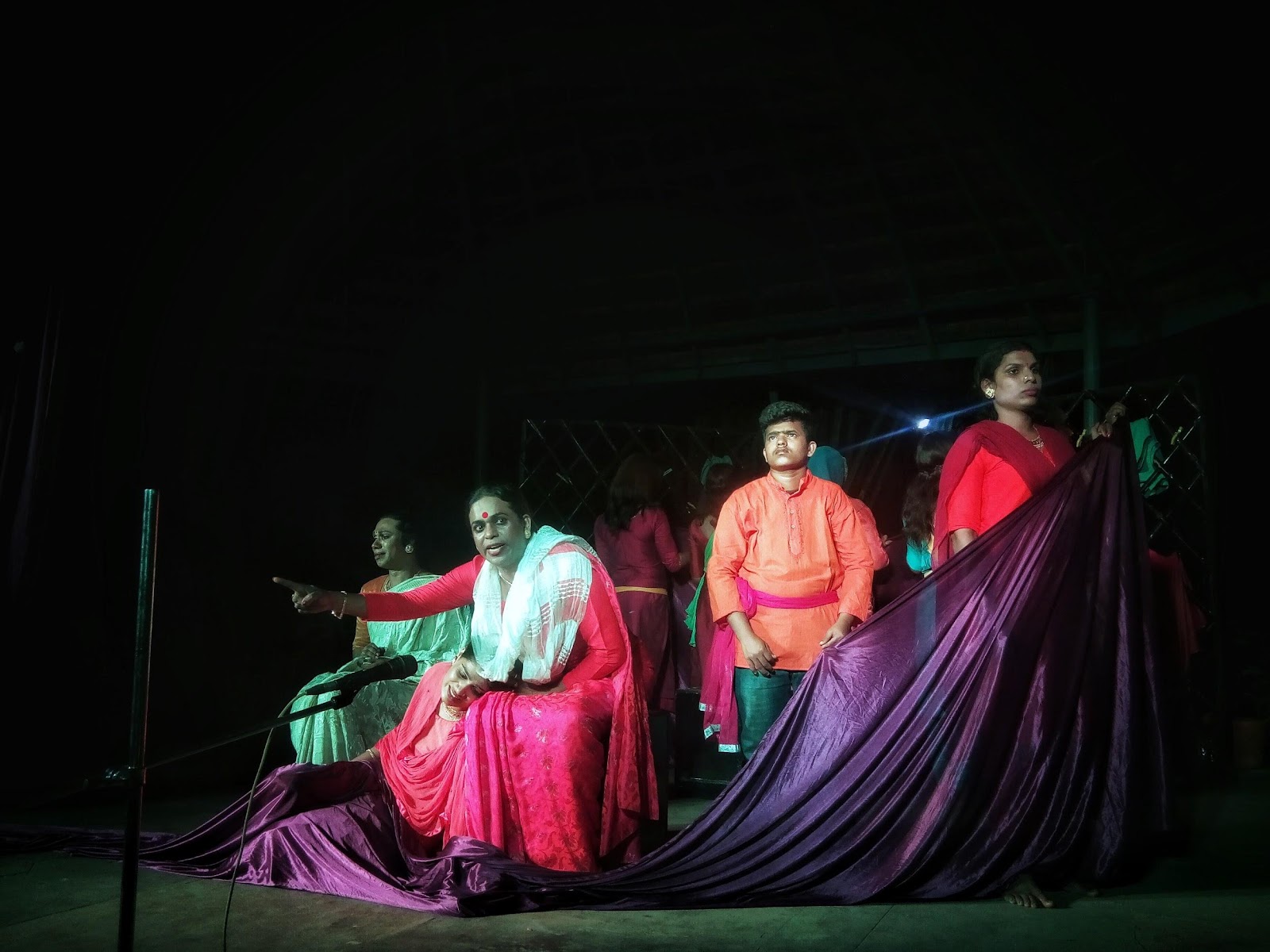 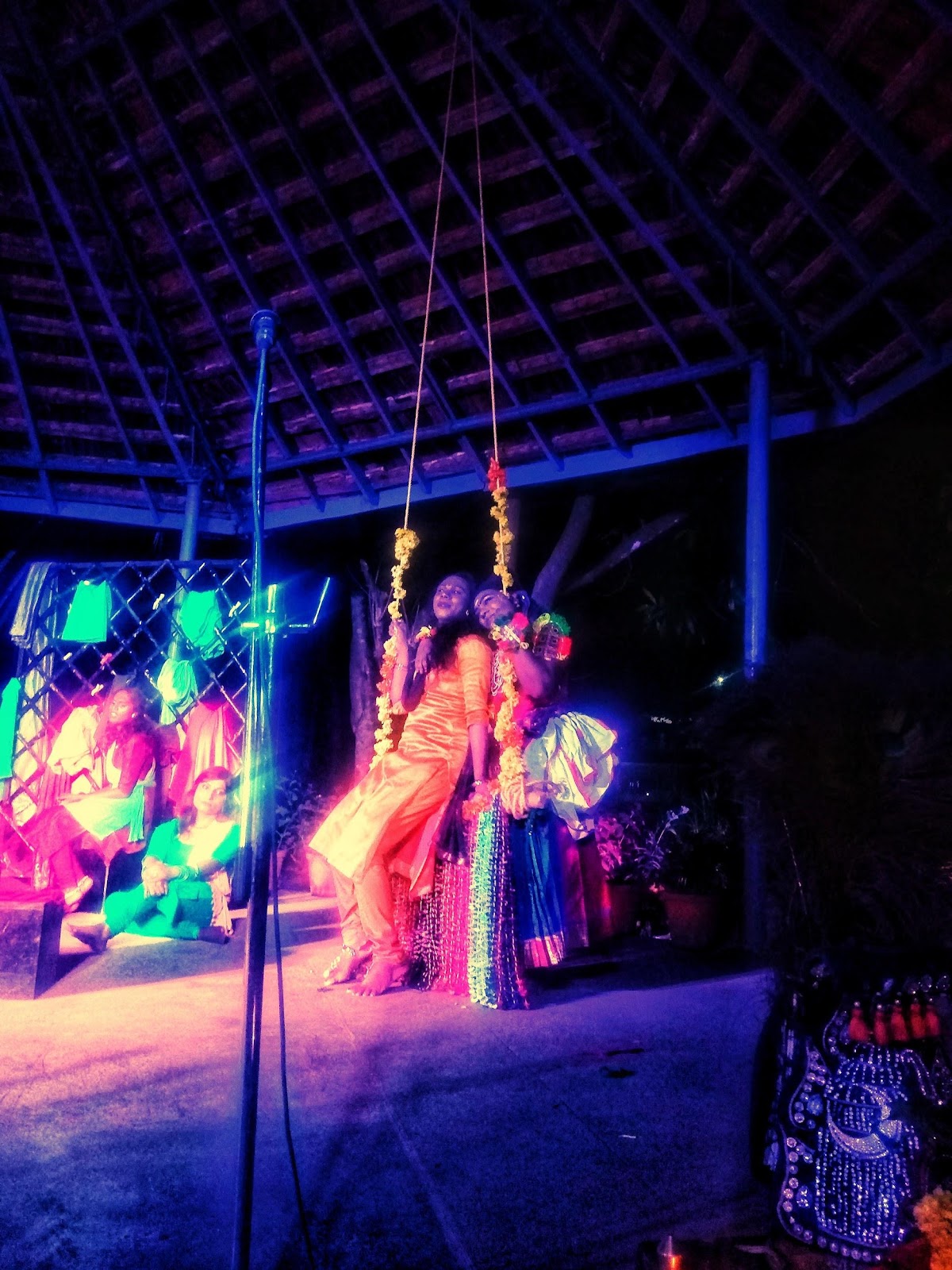 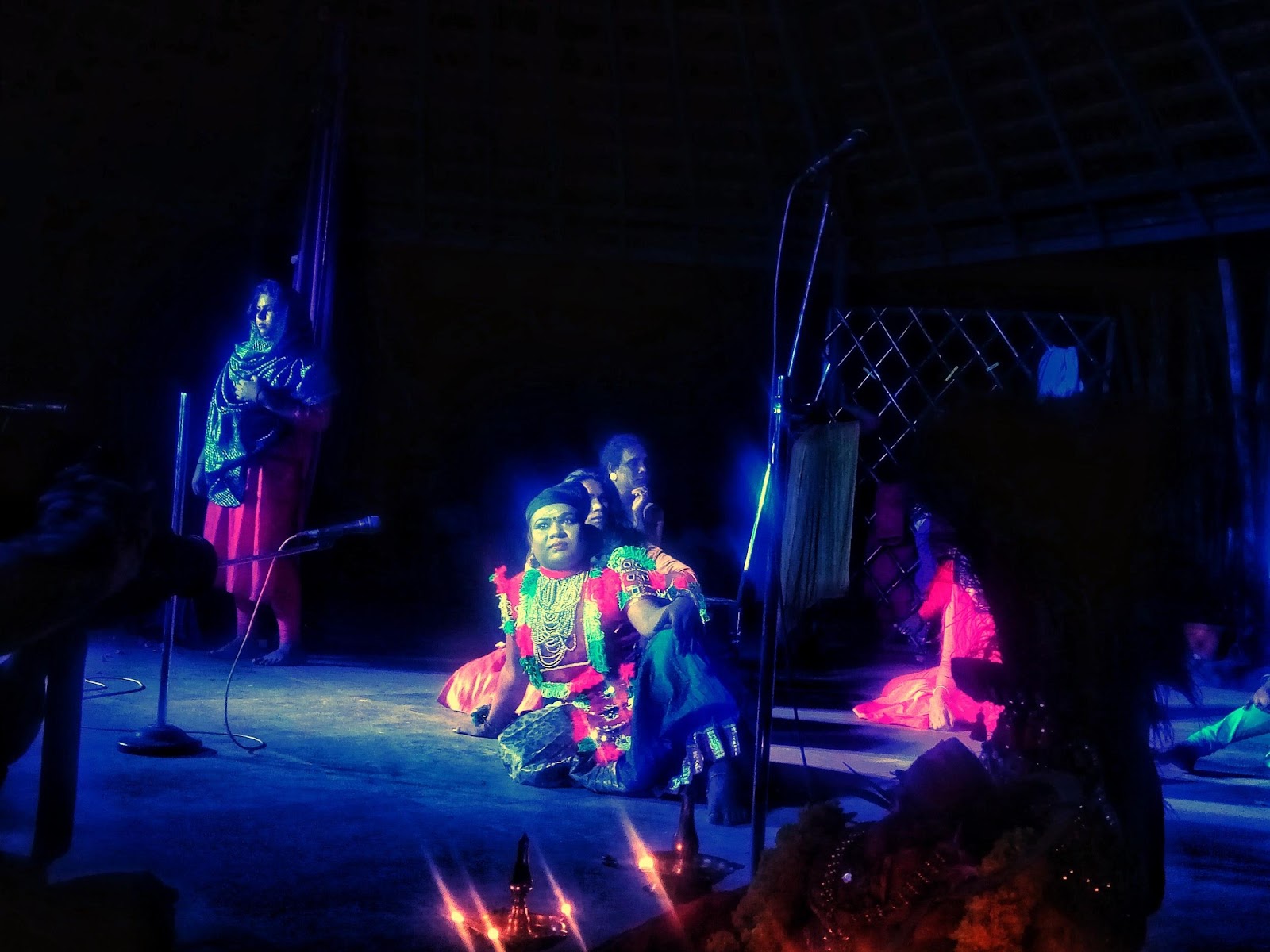 Renchambha stricking an ecstatic pose in dancer’s attire, as she aspires to be one in real life too