KOTTAYAM: Ahead of protests against the attempt of Missionaries of Jesus congregation to transfer nuns who are prime witnesses in the infamous Bishop Franco rape case, Jalandhar Diocese Administrator, Bishop Agnelo has cancelled the move by stating that they can stay as long as they are needed for the court case.

In a letter addressed to the five nuns, he said,“I would like to assure the five of you that as far as it lies within my power, there will be no move to oust you from the Kuravilangad as long as you are needed for the court case,”

In recent wake of events, a convention held over the weekend by SOS ( Save our Sisters) forum to show solidarity with the key witnesses that had all the four nuns, activists, lawyers and scholars as speakers at the Thirunakkara protest ground.

Earlier on January 27 ,SOS ( Save Our Sisters) wrote a petition to Kerala Chief Minister Pinarayi Vijayan demanding protection for the nuns and criticised the move of congregation as a violation of Supreme Court's guidelines on Witness Protection Scheme 2018.

“According to SC guidelines, government has to see witnesses are protected and there is free and fare evidences in the matter. So the order was totally unethical and illegal” hman rights activist and lawyer who had organised the convention, Anila George said.

George further added,“Since a convent is a residence as well as working place for nuns, so Catholic church should abide by civil law that states that it is the ‘perpetrator who must be sent away from the premises, not the victims’ to avert chances of harassment.

It is not first time that the authority of powerful Catholic Church is shaken to seek justice. Earlier in 1992 a nun named sister Abhaya was raped and murdered where two priests and a sister were found guilty. People gathered at the convention shared how “ there are many such cases of rapes and sexual harassment that go unaddressed as the victim fears Catholic church’s authority.” Victims consider sharing their experiences as an irredeemable sin!

“We want to show to the church that people of Kerala who want to stand by justice cannot be ousted by their might. You see the state government has always supported the Church and Bishop as they fear losing their Christian voter base. It is due to the prolonged and conscientious protests and people’s mobilization that the government has taken notice and has provided the nuns with a prosecutor. Hopefully the upcoming trials take place soon and yield justice” s joint convenor of SOS Shaiju Antony said.

On being asked about support from political parties he said,” Since the victim is a nun so none of the parties be it BJP, CPI or Congress have shown their support as none want to lose their vote share by going against the Church. Pathetic vote bank politics has overridden their morals”.

The convention saw not just ample supporters but also vigilante followers from the Catholic Federation of India who came in to dismantle the peaceful proceedings but were arrested by the police.

Addressing the convention one of the five witnesses(nuns) said, “We, the one’s who selflessly spent 15-20 years in social service and teaching profession are now facing one of the toughest hurdles of our life.We are being socially ostracised.. We didn't come out for selfish motives or for gaining name and power but to stand together with one of our sisters whose life is shattered.”

Today, we stand firm for the truth. Until the truth we brought out gets Justice, we won't give up, the witnesses said.

The Convention stood in solidarity with the witnesses namely Sr. Anupama, Sr, Josaphine, Sr. Alphy and Sr. Ancitta. The walls of the venue were also covered with Save Our Sisters posters and was barricaded by police for security reasons.

The famous folk-reggae band from Thrissur, Oorali played at the convention stating that this show of solidarity to a longstanding abuse was unprecedented, and that it represented a new renaissance that they wanted to be part of. 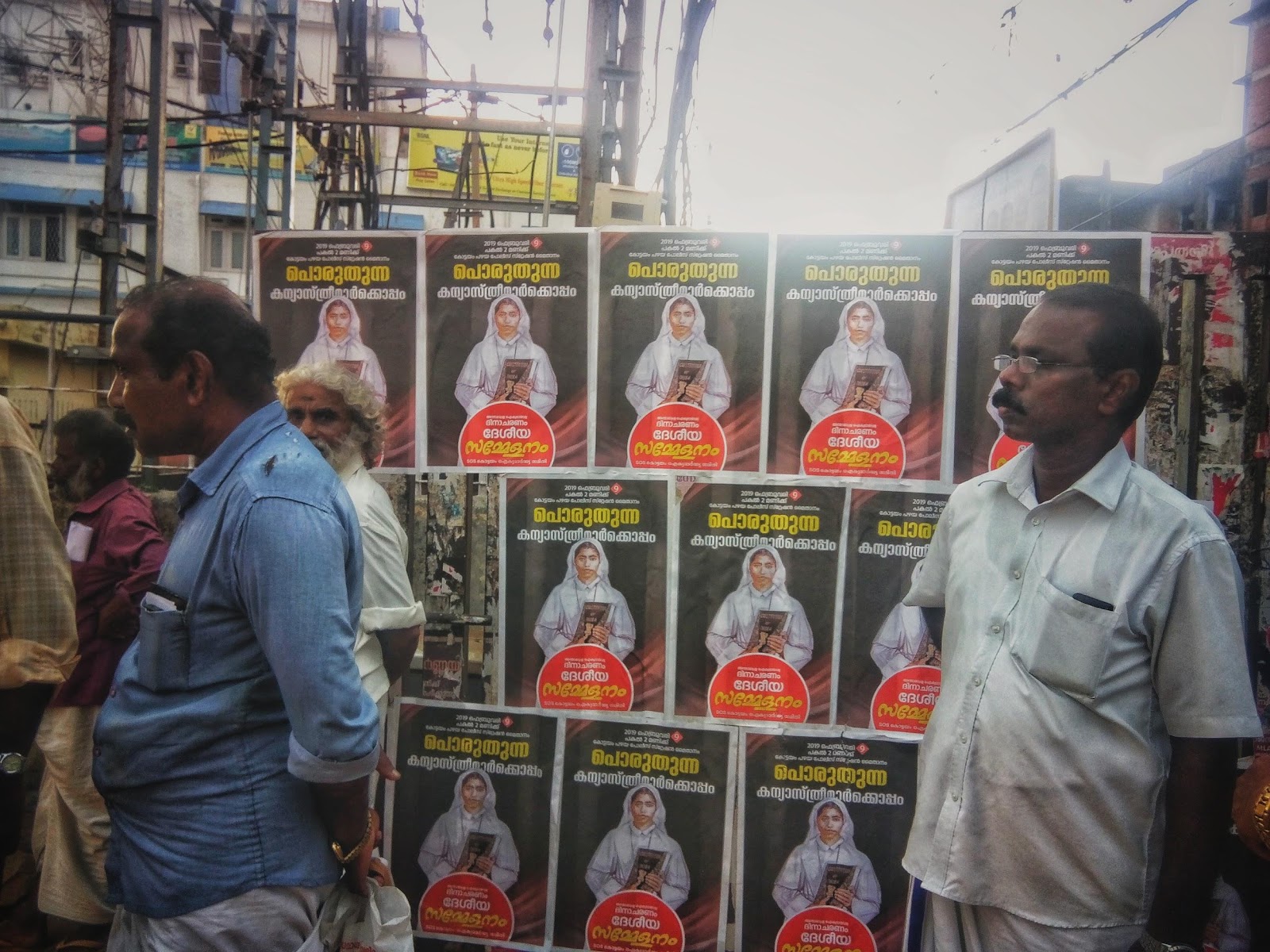 Posters of SOS all over Walls of venue 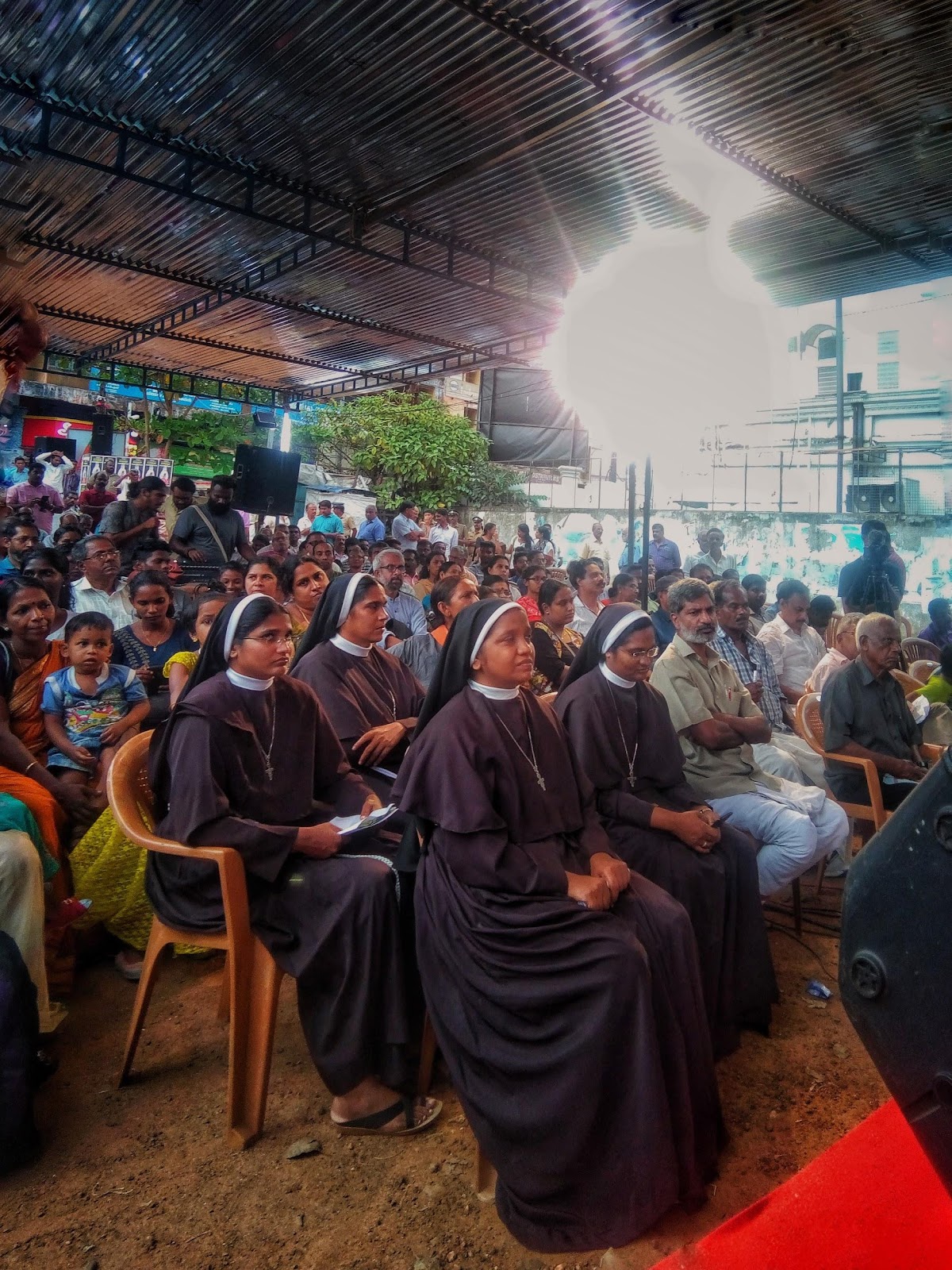 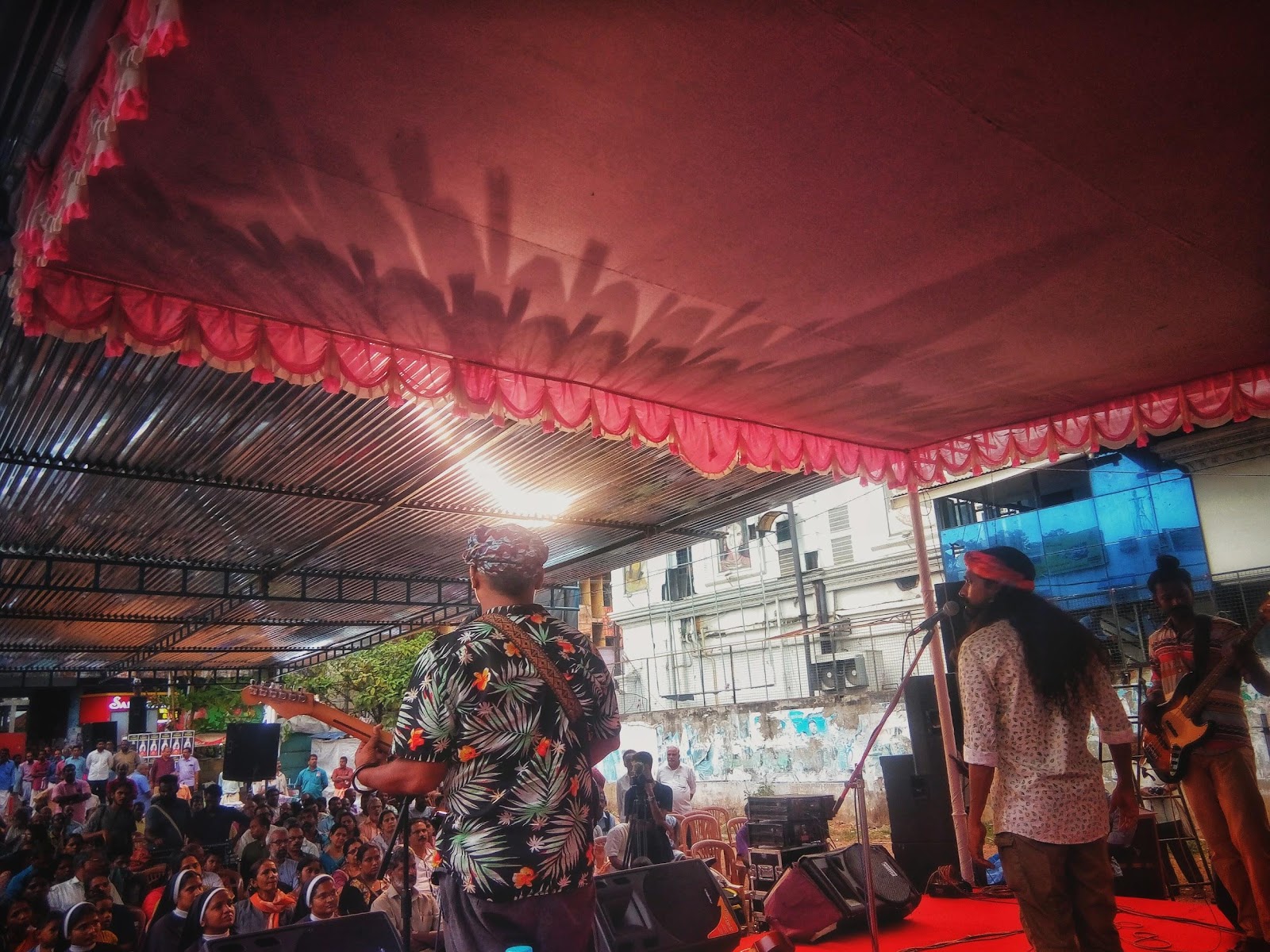 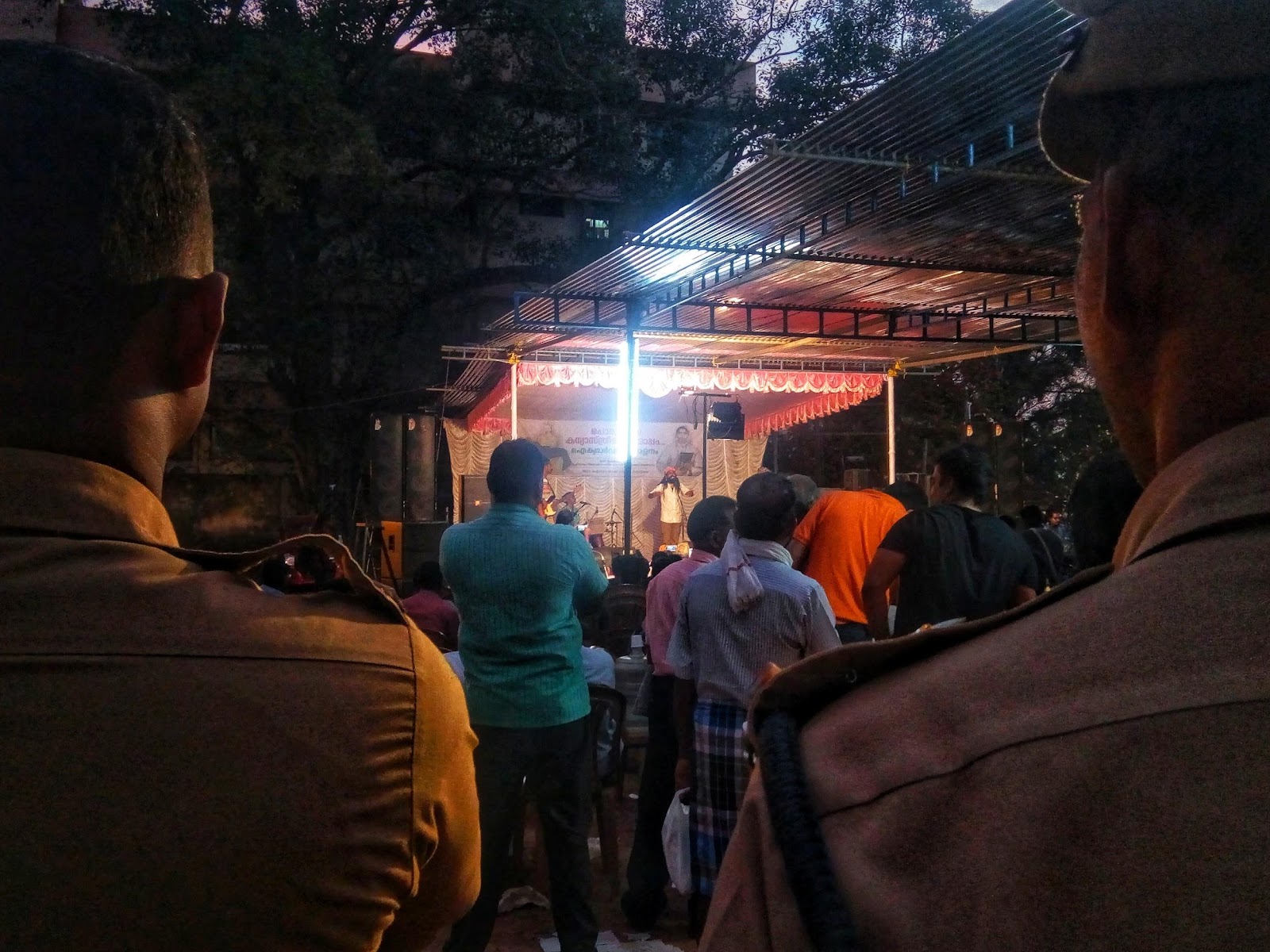