“Muslim, Dalit, Trans, Mahila virodhi ye Sarkar, Nahi chalegi abki baar (We reject this government that is against people from Muslim, Dalit, women and transgender communities)” rang loud and clear at the national march led by women, transgender and queer communities against the Citizenship (Amendment) Act (CAA) and the National Register of Citizens (NRC).

Bittu, a member of the organising board told The Citizen, “We firmly oppose the discriminatory legislation fairly on the theoretical ground. We are a syncretic community in which all the members of the community who join the 'Hijara Gharana' practice Islam and Hinduism and so several people change their names during the cross religious boundary.”

Bittu explained that the combination of CAA and NRC is going to adversely affect the transgender community as transfolk choose their names, genders and religions post the transformation process. Since these are not reflected on birth certificates, they run the risk of being excluded from citizenship due to discrepancies in documentation.

“Rule (6) (a) of NPR (National Population Register) enables any person to file objections against the inclusion of any person in local register of citizens. This, claimed by many activists, can be a problematic provision, with vast possibilities of abuse.” 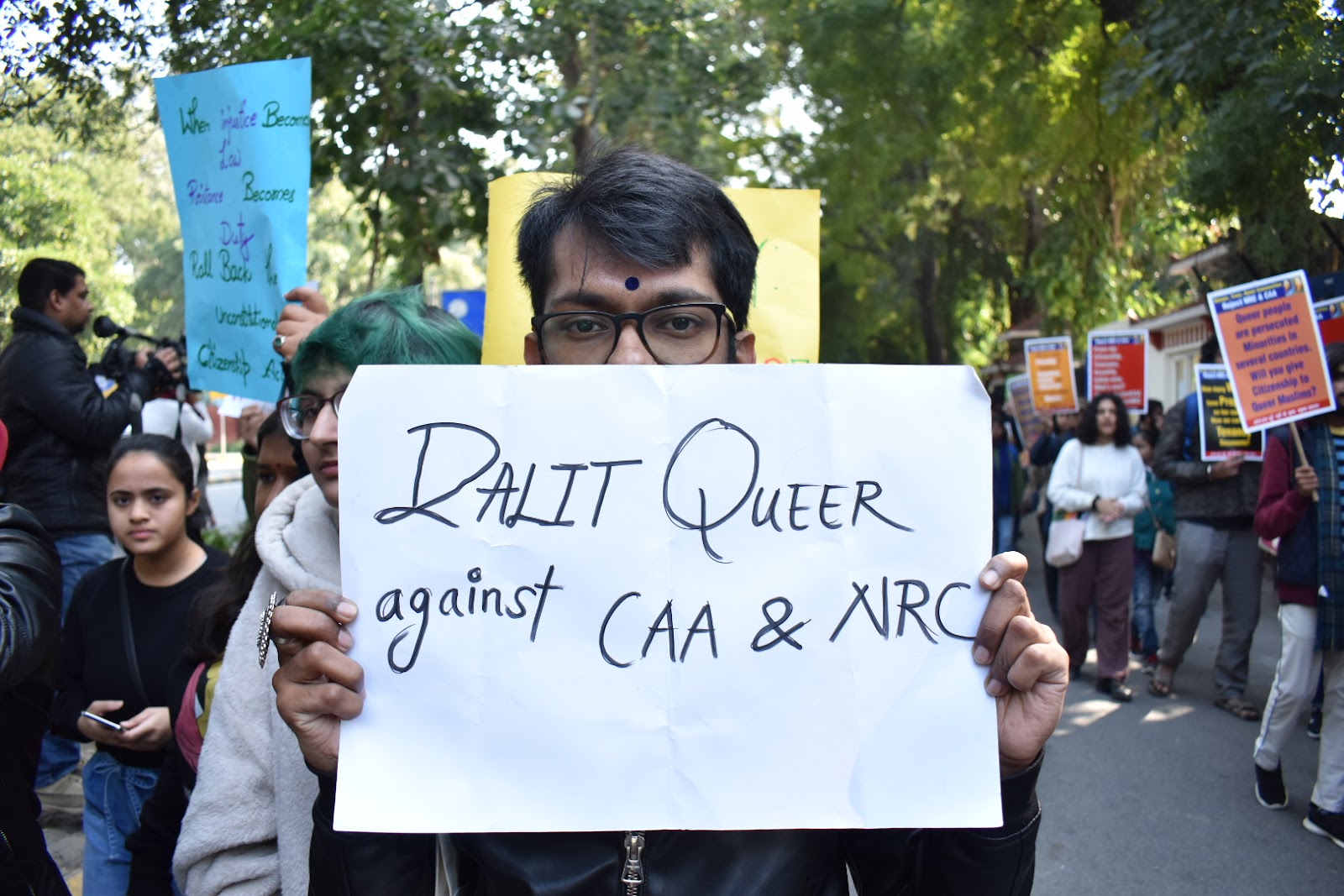 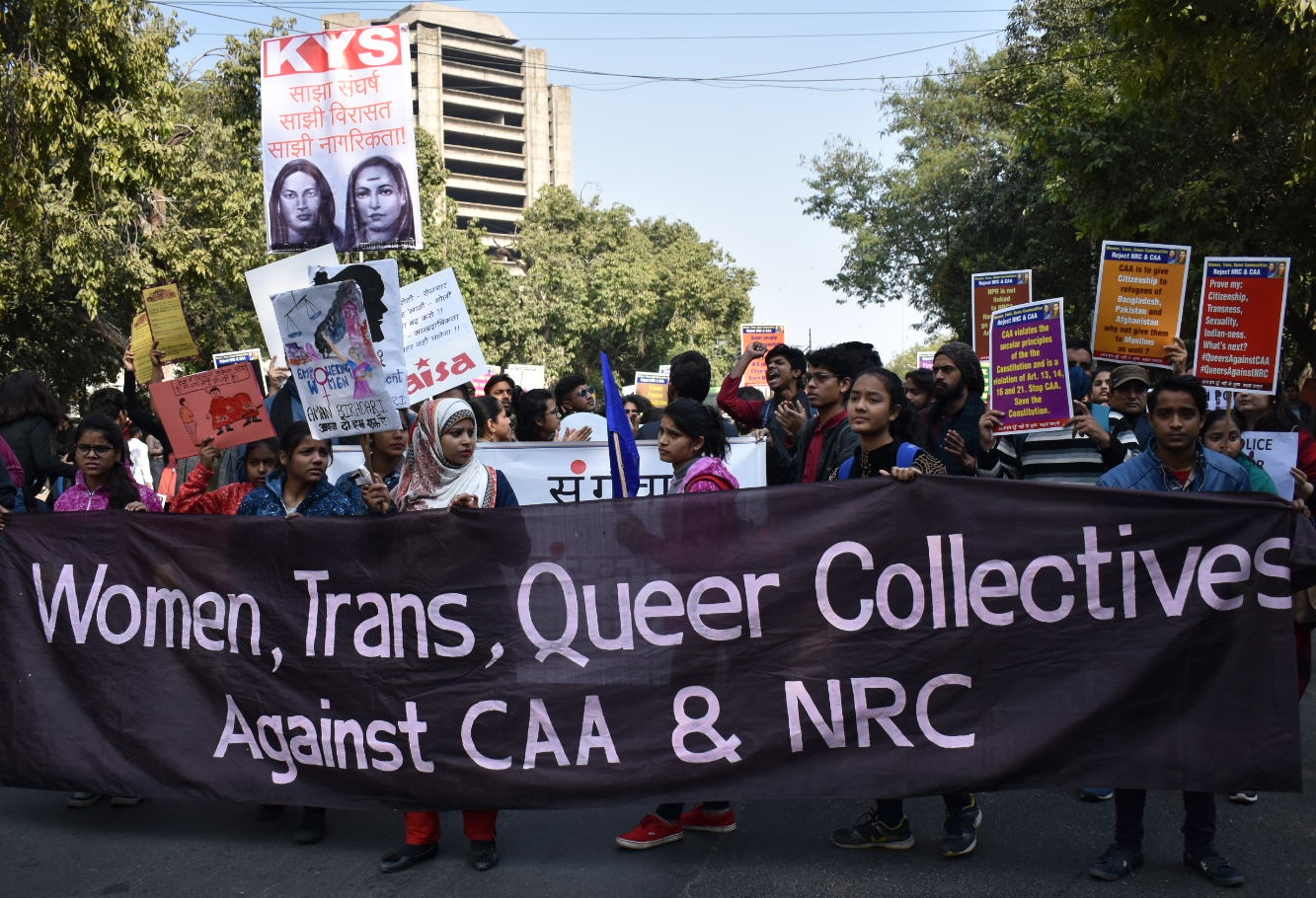 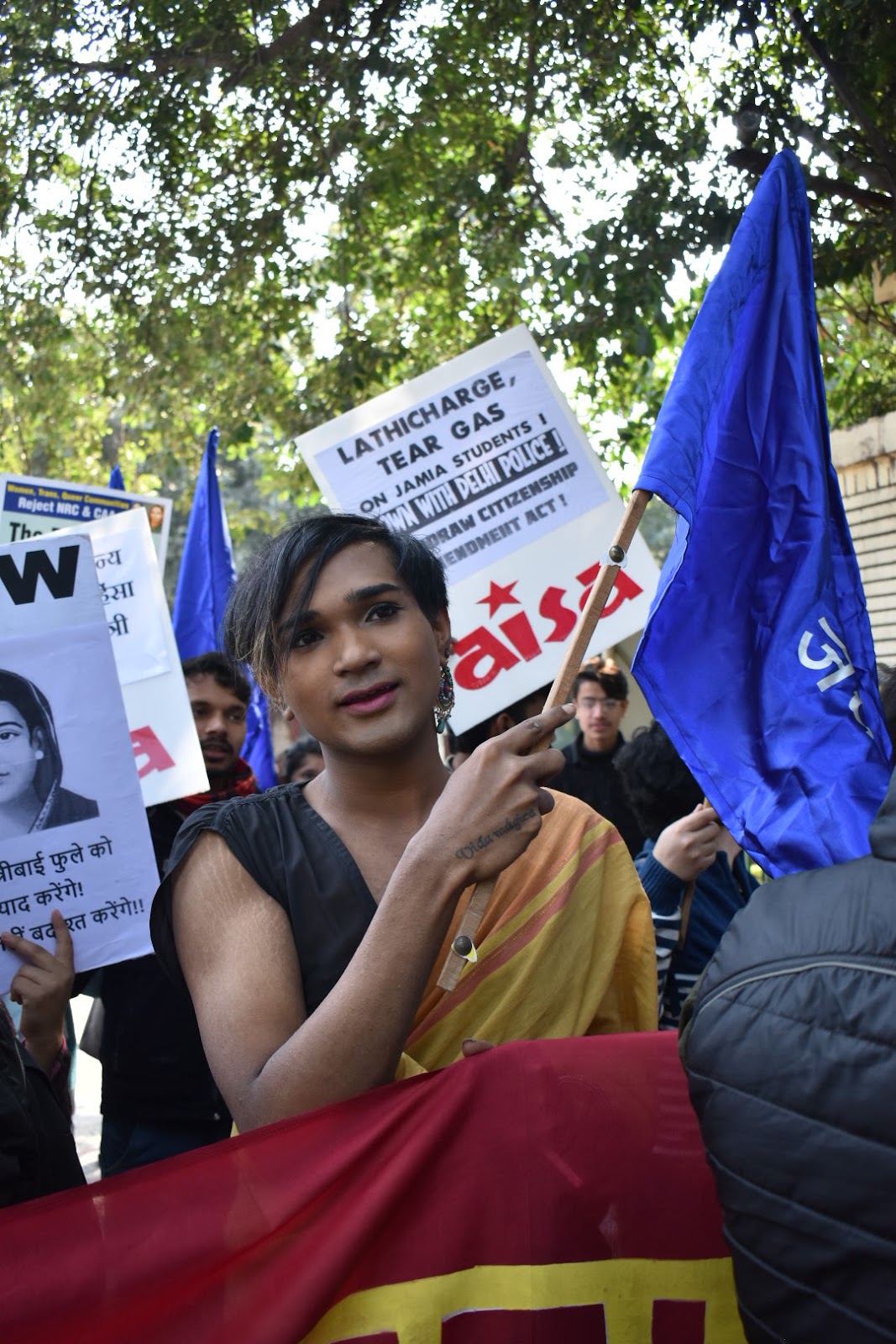 Bittu further added that the NPR is a “clear mechanism to amplify the main NRC process.” Due to this, people from marginalized communities—such as the poor, landless, homeless, Adivasis, Dalits, Muslims, LGBTQIA members—will be singled out under the NPR provision.

Abhina Aher, a transgender rights activist told The Citizen that everyone has been gripped by a feeling of uncertainty. “We just got our legal identity and we are again made to face a situation which makes us fear being marginalized again.”

According to Aher, the trans and queer community might be more prone to social abuse, police brutality, and stigmatisation by those who identify as heteronormative. 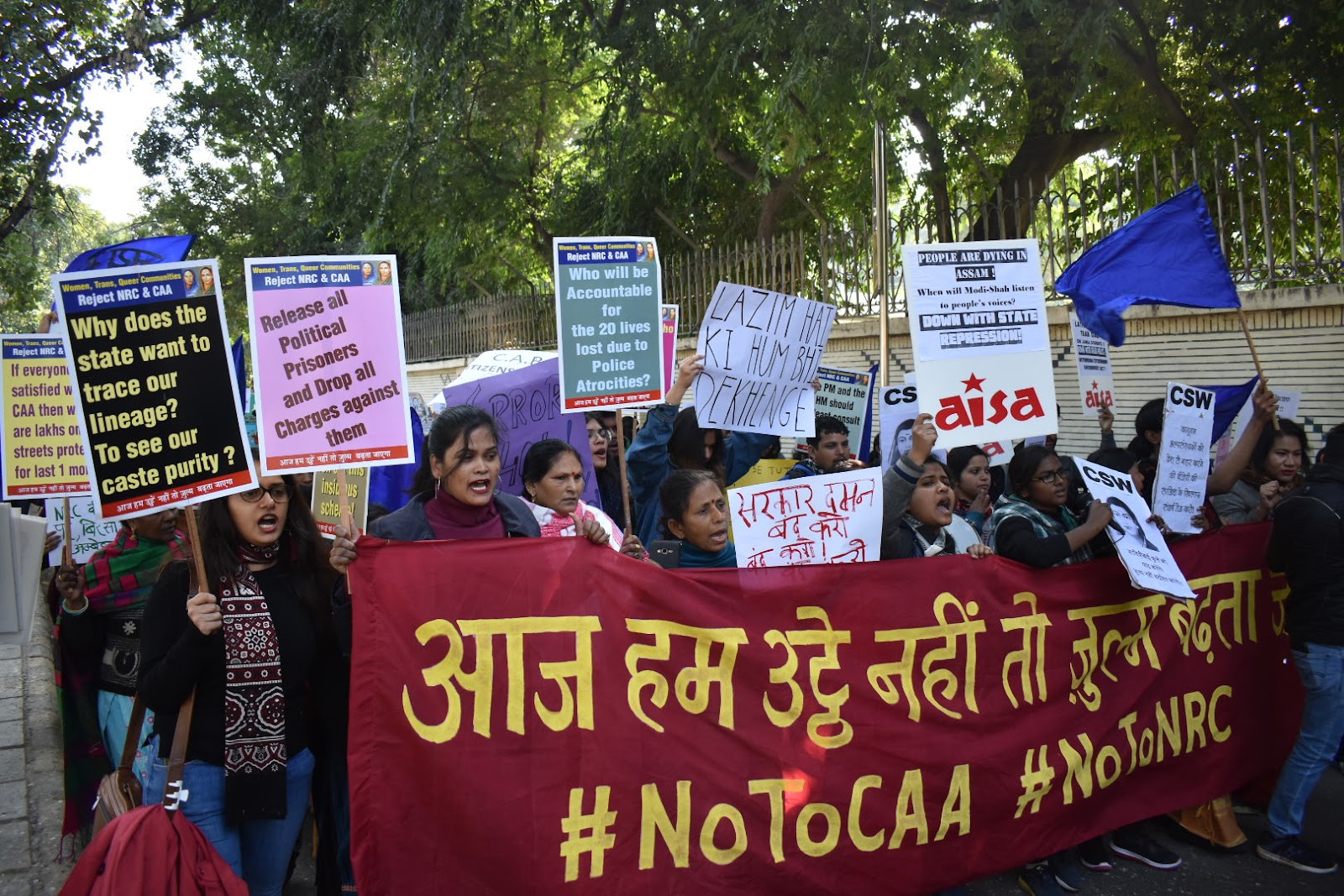 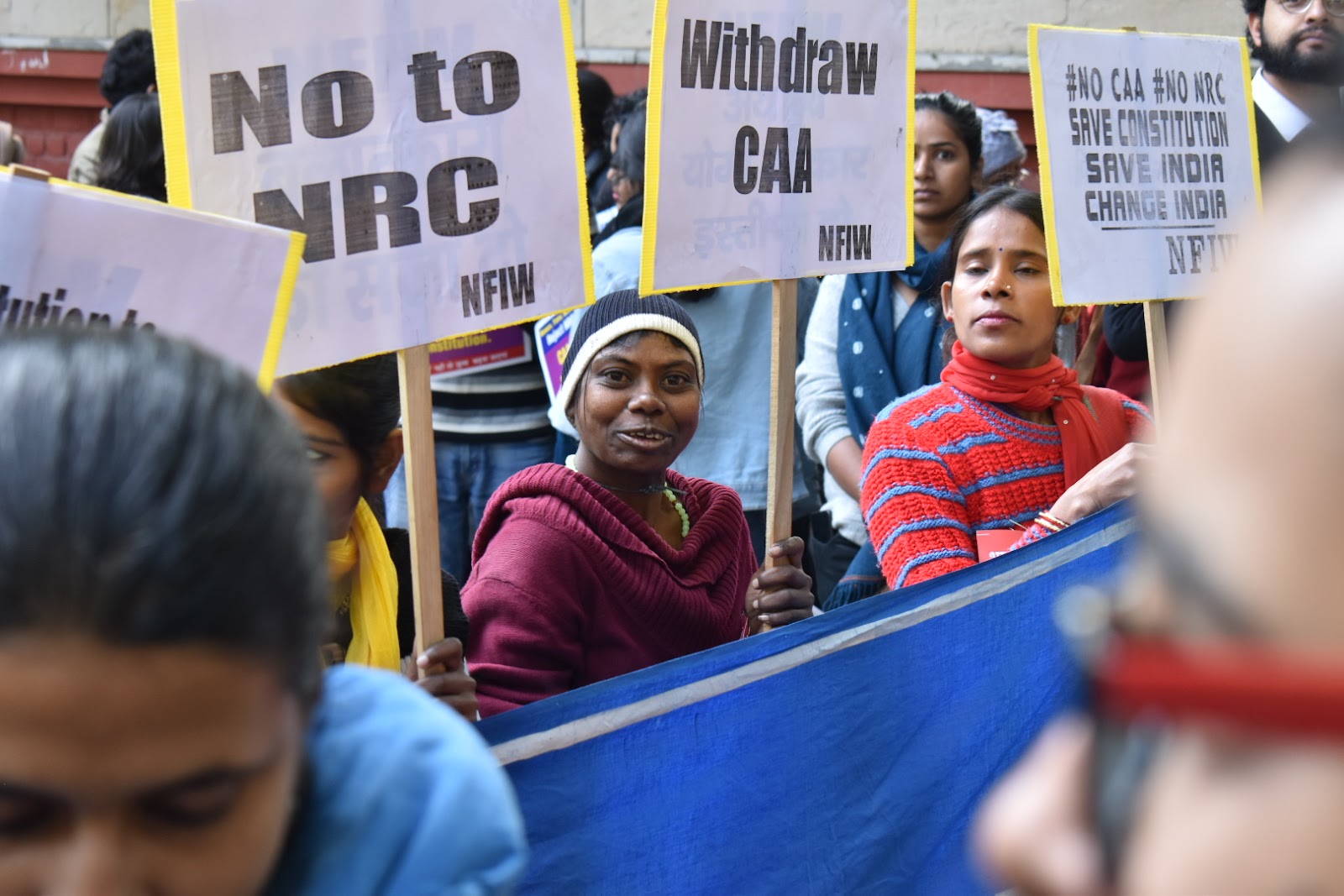 Meera Sanghamitra, member of the National Alliance of People's Movement, told The Citizen, “The very design of NRC is made in a way in which no trans person can ever gain entry. The design is exclusive where you keep away a significant chunk of people who are historically marginalized and again on the edge of being thrown into that era.”

Fearing the arbitrary consequences, she added, “They are taking away the fundamental identification right we have always been denied along with our basic citizen rights. How are we even going to survive? Certainly, we are not aware of our fate.” 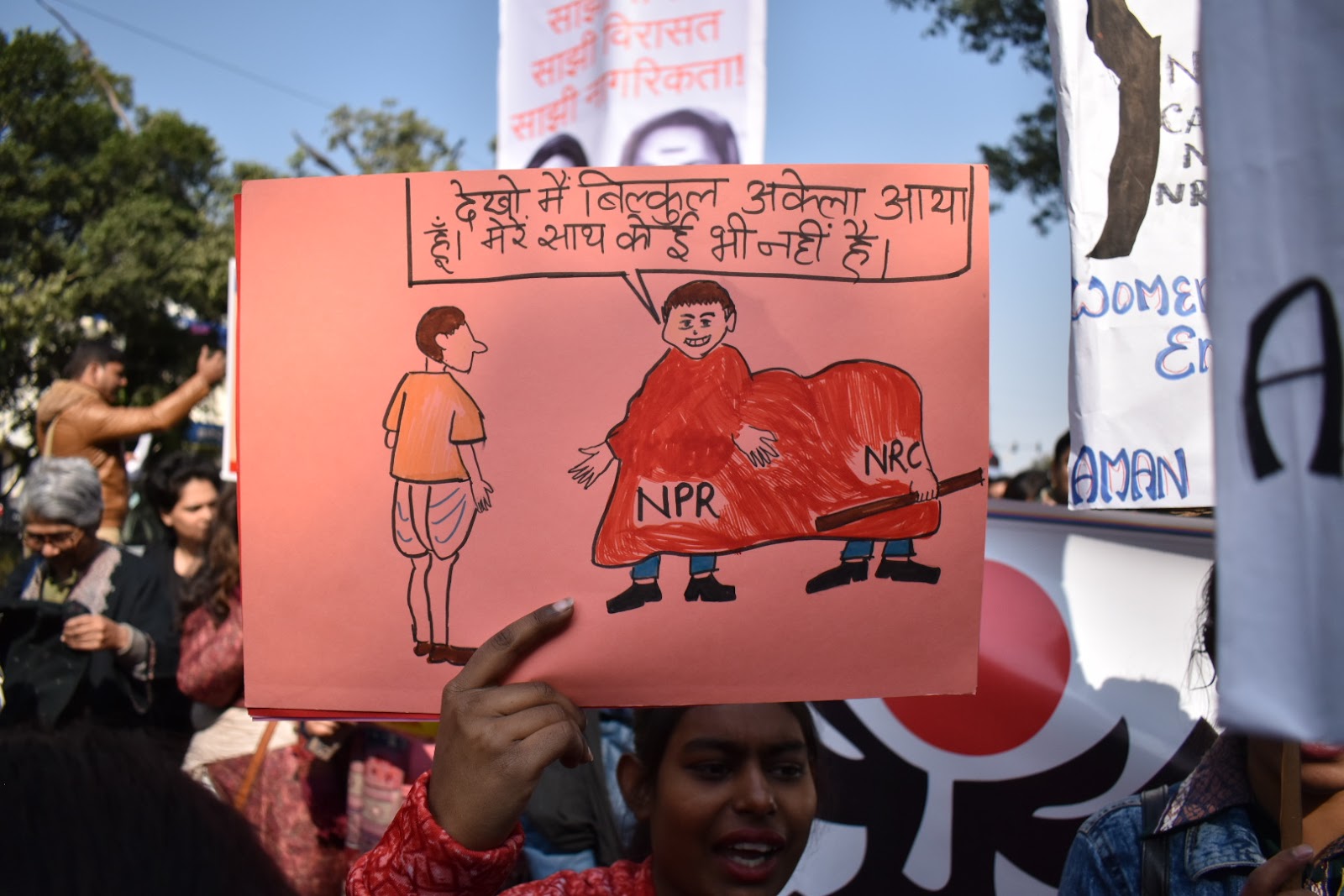 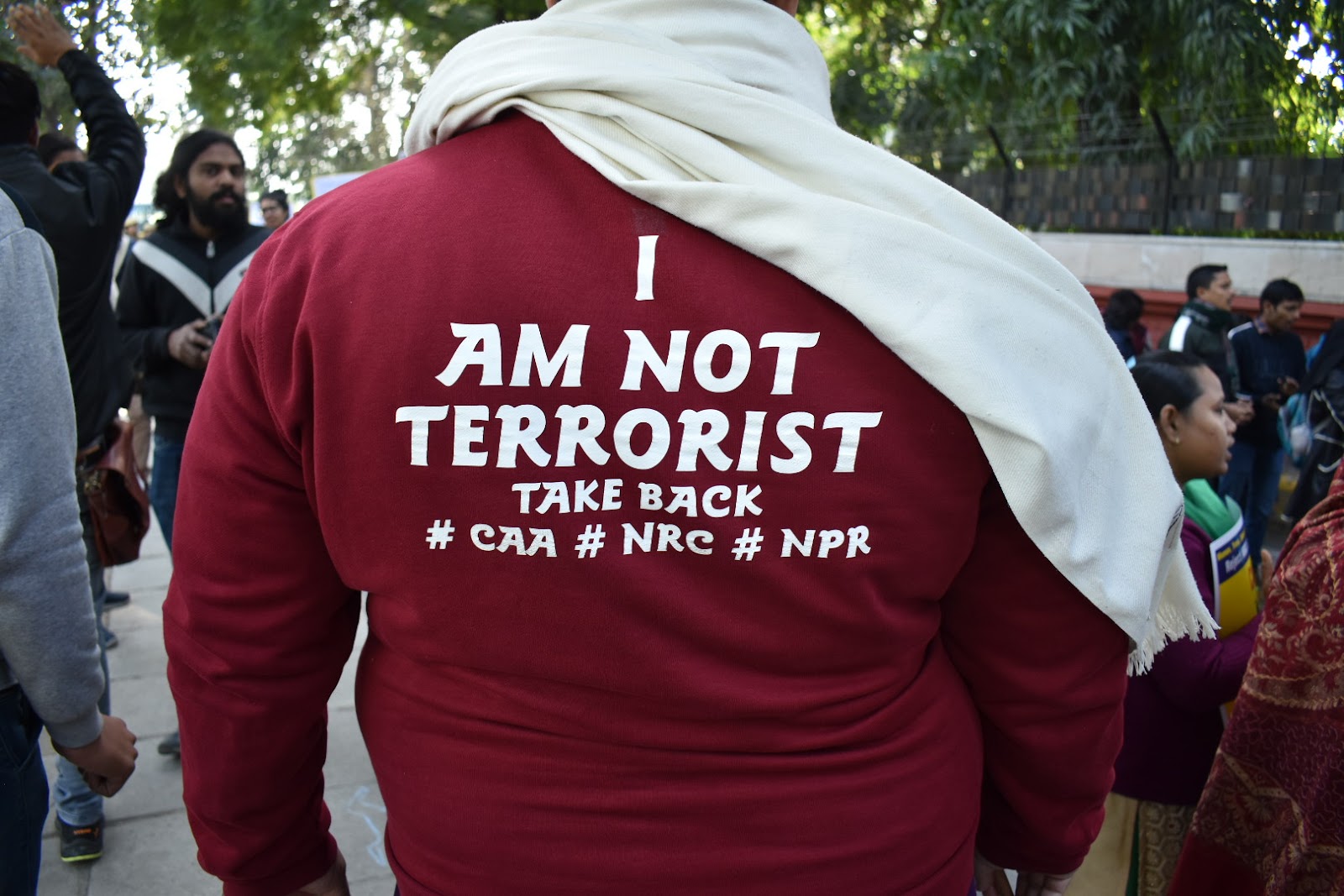 Rafiul, a Muslim queer worker recalled her personal experience of the NRC process in Assam, stating that while the government was calling the CAA “harmless”, it is actually “anti-queer” and “anti-feminist”.

“Now when they have, indirectly, combined CAA with pan India NRC, it's become a recipe for disaster for the trans community. Because through CAA, we will be filtered out being a Muslim trans person and through NRC we would be shunned for being a member of the LGBTQ community who is actually unable to produce the legal documents due to the very obvious dispute with our biological parents.”

She highlighted the dual hardships Muslim queer folk have to face. “It creates more tension for a Muslim queer person because on one hand, we face an attitude that doesn't recognize Muslims as equal citizens of this country. On the other hand, being a queer, we are also pushed to the margins,” she told the Citizen.

Many came out in solidarity with the transgender and queer community today, chanting slogans of “CAA ka ek jawab - Inquilab Zindabad” and “Tu Trans Bill se uncha bol—Halla bol!” Manak told The Citizen, “I know I'm not in peril but being a privileged gay and member of the community, I feel it's high time for me to speak against it. Although my privileged Hindu parents would save me but I know that there are many who would not be saved.” 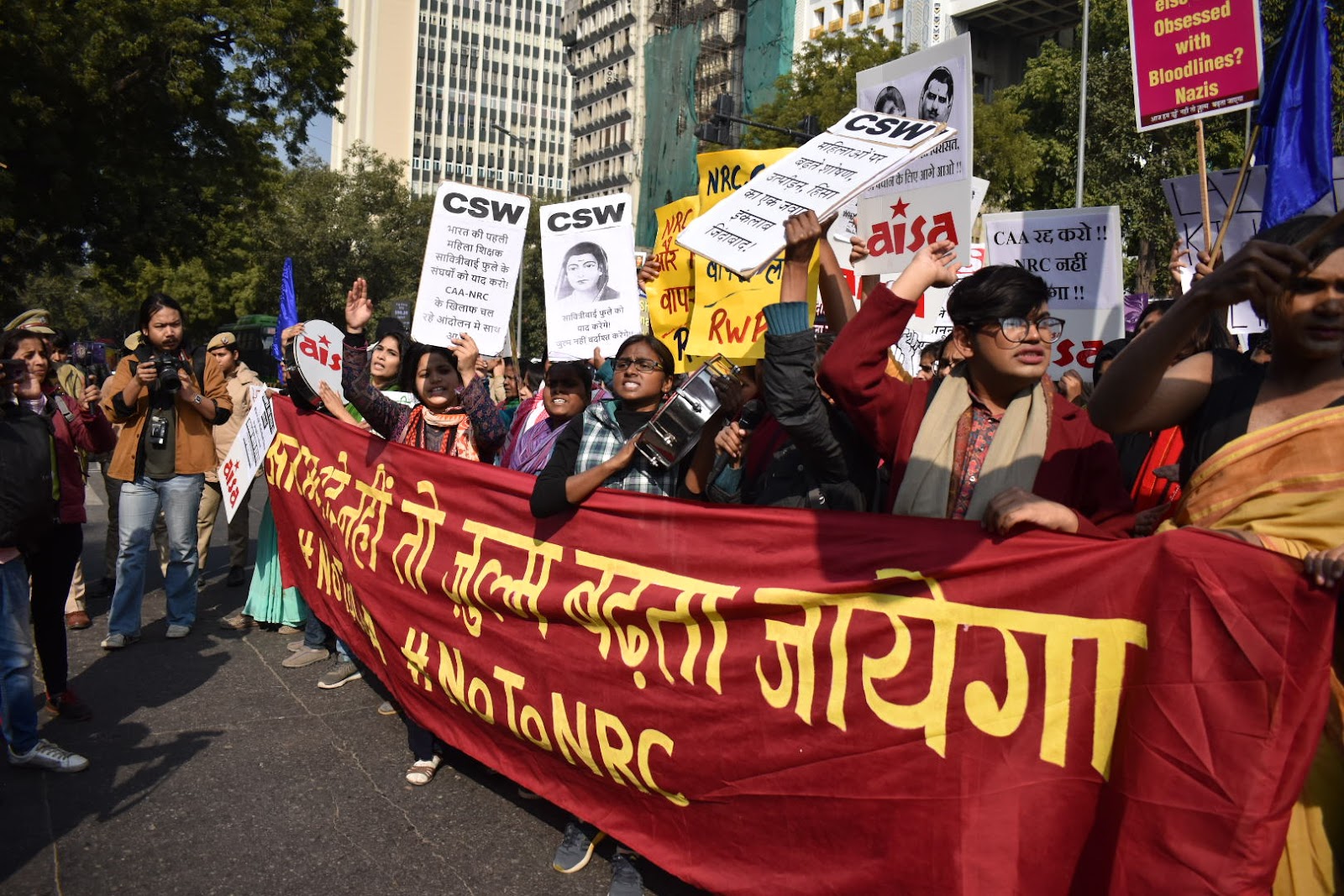 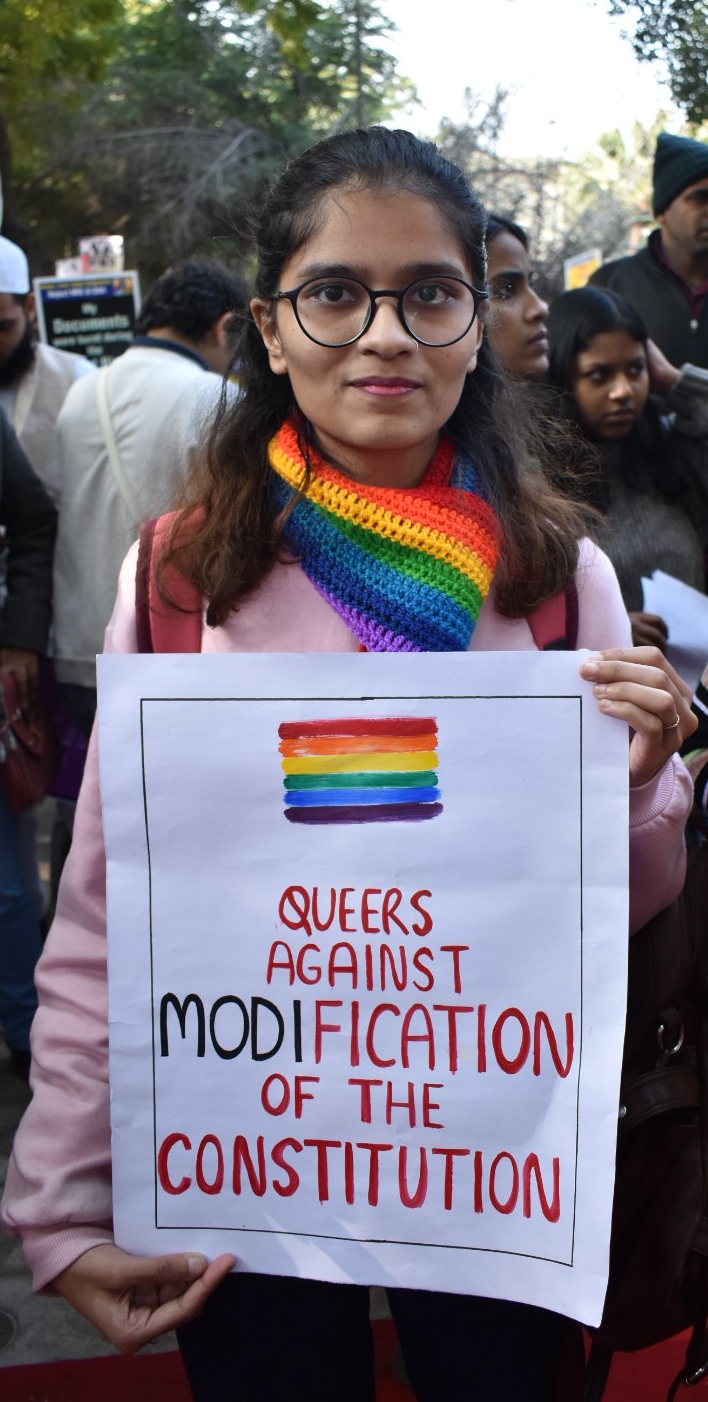 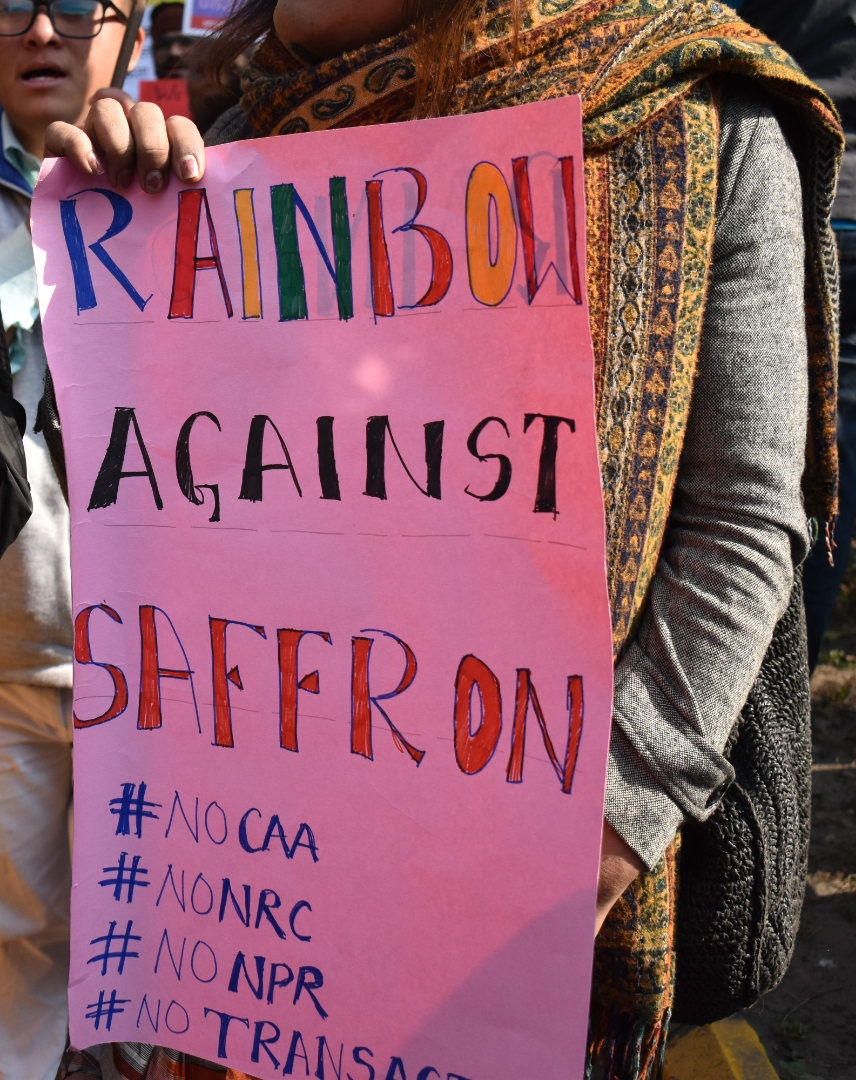